Nostalgia can be a cruel beast. We often have fond memories of games, movies or places from childhood that just do not hold up in the present. This doesn't mean that those memories are worthless, just that our perception changes as we grow.

What if nostalgia keeps those memories fun? What I mean is, what if despite knowing that something can be better, you still enjoy it? Yesterday, Nic Rowen reviewed the Early Access release of Black Mesa. In that review, he reminisces on how he never managed to finish the original Half-Life and how he remembered the game being smarter.

In the comments, InebriatedGnome clued me into a retrospective article from RockPaperShotgun about Deus Ex. The writer questioned whether his memory of DX being "the best game ever" was actually valid. He then went on to play through the game and come out a bit disappointed.

Maybe because I played both of those games at a much younger age (around 13 years old), I have a better appreciation for them. It could also be that I'm 27 now, not old enough to have seen the harshness of reality or know the vast span of experiences that can befall a human.

I feel, though, that context is everything. Nostalgia isn't some infallible creature. Often times, you can remember a section being better, but still enjoy what is transpiring. I usually remember games for what they are and how they made me feel. I don't try to intensify their gameplay mechanics.

If something doesn't work, I usually note that and move on. I can't say that I've never felt disappointed with a game I previously loved (Quake 2 comes to mind), but those experiences are rare. For all intents and purposes, I love older games because of their mechanics. 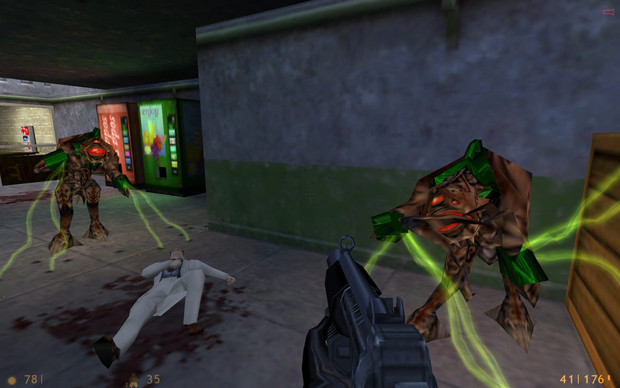 Half-Life, to me, is better than it's sequel. I love the level design, the handling of the weapons, the fact that each gun has an alternate fire mode (why did developers forget about that feature?) and that the A.I. is still better than nearly anything now a days. I don't care that the floors feel like ice or that the jumping mechanics aren't stellar; I love exploring Black Mesa and battling the Xen creatures.

Hell, I don't even loathe the finale of the game. While the final boss fight is a bit stupid, it is wholly unique. No other shooter really has a battle that is staged in such an arena or requires the dexterity that Half-Life does. I even like the underwater sections.

I also recently replayed Ocarina of Time 3D in preparation for my playthrough of Majora's Mask 3D. Now, I have a bias towards Zelda and love pretty much all of the games, but I don't see the issues people bring up about Ocarina. The game is a classic; it's cutscenes are iconic, grandiose and well shot. The pacing is great and even the "padding" is fun. It is a great game, even with the finicky Z-targeting and Water Temple (which I think is quite fun). 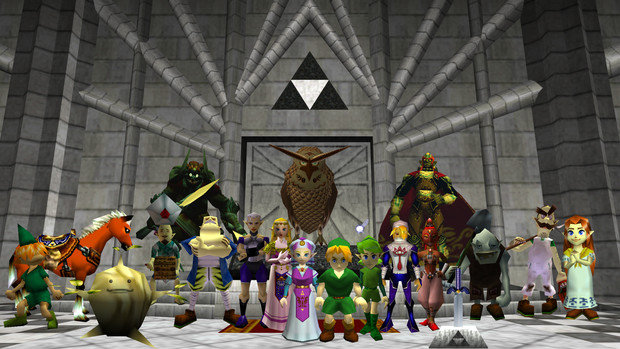 Nintendo improved a bit of it with the 3DS re-release, but I've since played the N64 original and the Gamecube release of Master Quest. Just because there is a better version doesn't mean I can't enjoy what the original release did. In some ways, I even prefer the N64 masterpiece (the Fire Temple music is too good).

Then again, I grew up with these games. I learned to appreciate the mechanics on offer. I was impressed at how much the art form of gaming was changing. Open-worlds felt so real and alive because they were brand new; it didn't matter if nothing populated them.

Contrast that to newer releases like Grand Theft Auto V where the game space is vast and filled to the brim with life, but it comes off as soulless. The games that intrigue the most to explore their nooks and crannies are ones with impeccable atmosphere (I love the Souls games).

Honestly, I don't think nostalgia is any factor to do with why Nic Rowen wasn't too fond of Black Mesa. I won't deny that Half-Life has some problems, but I think Nic is just into different genres now. He has grown as a human and moved on.

That doesn't make his opinion less valid. Maybe Black Mesa really isn't that stellar (I have yet to play it). But to call something dated as a criticism just makes little sense to me. I like the fact that Half-Life was made in 1998; that is why I still have so much fun playing it to this day.

Even if the reason I enjoy myself is because nostalgia tells me everything is great, I don't see how that is wrong. Who cares if the game hasn't aged well if you can still find value within?