So that just happened - White Night

I can't recall how I discovered this game, but that first glimpse of White Night really caught my attention. The noir, 1930s setting and black and white visuals pulled me in, and the adventure style gameplay sealed the deal. 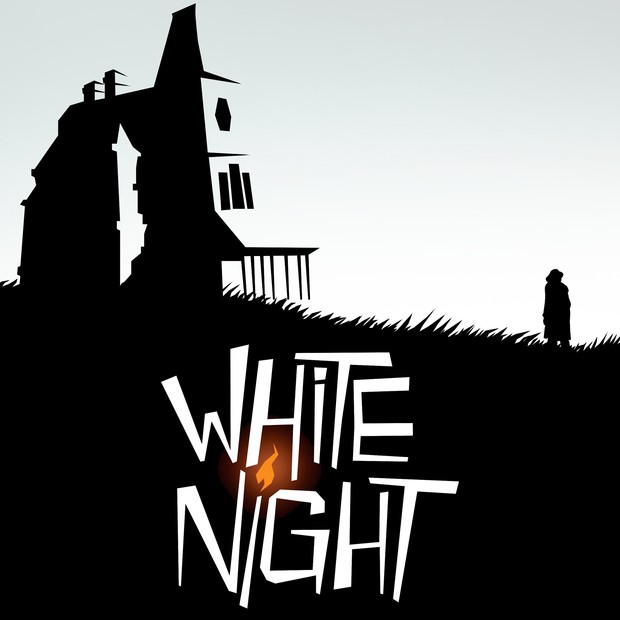 The main mechanic in this game is the interplay between light and shadow – if there’s something you can’t see, you can’t pick it up or look at it – which is not new in any way, but it’s a mechanic I tend to enjoy. And I felt that the first time we’re introduced to it is kind of clever.

In the beginning, when you get to a house after crashing your car, you can’t open the door and your character mentions that there may be a spare key lying around. So you go to this small garden/cemetery to the left with a statue looming over it. After clicking away at everything your character mentions that there’s something he can’t really see because it’s too dark; this being due to the shadow of the statue, prompting you to move it. Funnily enough, despite finding it a clever way to introduce the player to what can be expected for the rest of the game, I thought it didn’t make much sense since “there’s so much light around, why wouldn’t he need all of this to notice that?”. Well, I was the one that didn’t realize that, since this scene occurred during the night, what actually looked like light to me was actually dark, and what was dark meant that it was even darker.

So this visual style that I enjoy managed to elude me, but I’d rather be the one that didn’t pay attention than the game falling short. And related to this style, much to the blood in MadWorld, the fire here is the thing that stands out from the black and white contrast. Being a more pronounced color, the red of the blood is more impactful to the eye – as it should be – with the flames in here being more of a soothing orange/darker yellowish- tone. As such, much like prominence of the blood in MadWorld to both contrast and accentuate the violence, the fire in White Night manages to intentionally evoke in the players the understanding that it provides a safe haven for them. And safe haven is really needed because there’s another element to this game that I didn’t expect, and maybe I should, which is the survival horror side of it. 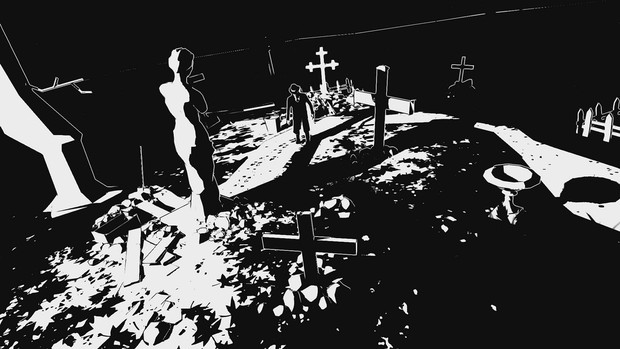 Like I said when talking about Bloodborne last time, I don’t enjoy being scared. I don’t tend to actively search for scary/horror works, be it movies or games, in which the one of the intents is to get you scared. Maybe I should have seen it coming a mile away, but yeah, I was pretty "surprised" when a ghost appeared before me in this game. And this is actually one of my main gripes with it, but not because of the scary part.

You spend 95% of the game, apart from the beginning and the end, inside this house, which you find out is being haunted by the ghost of a lady that didn’t seem to be all that nice when she was alive (and still isn't that nice after death). Ok, sure. But then you get to a point where multiple ghosts of her start appearing in the same area; this is obviously meant to increase the difficulty of the game, but it ended up getting more annoying and feeling more artificial than anything. Especially when there are points where you're not really sure if you have to evade to progress, or just try to find another way - because some you do and some you don't.

Story-wise, I also didn’t get why there were some many of her, so I’d rather there be a single ghost – or just some more ghosts of other family members perhaps – and have the darkness get a more important role in halting your progress. It’s really tense having only those matches and trying to find more so that you don’t end up swallowed by the void. Or the insects that appear in the second half of the game, they could have been more prominent. I guess I'd rather this ahd an even bigger focus on the exploration and on the psychological aspect of hesitating because of what your imagination can conjure up, rather than an annoying ghost woman that takes up half the corridor.

Related to that, the resolution of the story is another aspect I wasn't too fond of. (Warning: spoilers ahead) 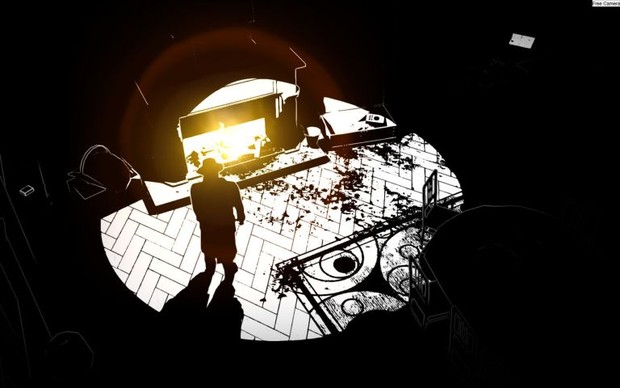 You enter the house after following a woman that you tried to not run over, causing the aforementioned crash, and you start piecing together the story through the diary entries, the photographs and newspaper reports lying around (as well as the monologues and interactions with said lady, which is also a ghost). I was really invested in it, especially due to the way they ar written, how it showed the perspectives of everyone related to this cursed family and how it gave some information about the social and economic situation at the time.

But at some point in the beginning I thought “Hm…could my character be the killer?”. This was before I noticed the way he talked about the lady apparition that was helping him, his relation the moon and how the other ghost that wants to kill you is actually the mother of this guy the journal entries revolve around, who you end up discovering is actually a serial killer. This was junt a hunch I got from playing and watching a variety of stories, that came to be more and more plausible. My thoughts weren’t as much “This could be a good twist with some interesting foreshadowing”, but more like “How are they going to have this make sense and not seem like it’s coming out of the blue?”.

It’s entirely possible that I just didn’t see all the connections work organically and this is actually pretty well done, but after finishing the game it just seemed like a twist for its own sake. I still very much enjoyed how the narrative was presented, but the ending didn’t really hold up for me. Nevertheless, I enjoyed playing this game, despite my gripes with it. It looks very nice, the “one house/one night” setting is right up my alley, and the backstory exposition is still interesting.

There’s just this one other thing I didn’t like very much: the main character’s face. No good reason why, just wasn’t too fond of it. Not a real issue though, just thought I'd share. 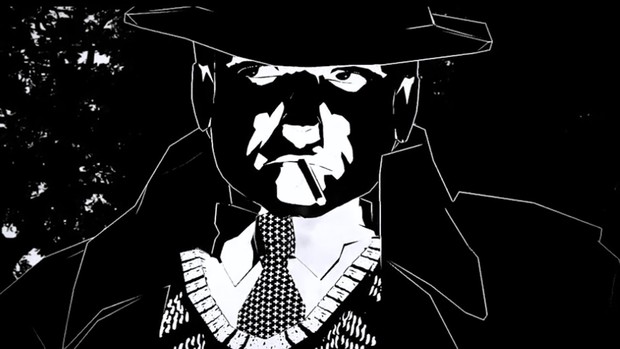 Have you played White Night? What did you think about it? Is there something similar you’d recommend? Please tell me your thoughts, your complaints, if you’re also not a fan of people chewing food too loudly and whatever else you feel like. I post weekly on my blog (https://themaninthegarage.wordpress.com/category/turbine-philosophy/) as well as other guys who are on it as well, so come check it out.

Have a [insert time of day you're in when reading this] and enjoy life. Yours, preferably.