So Nintendo released a good old fun demo for Splatoon last Thursday. Except you couldn't play it until today, and only at certain times, for a brief limited amount of time. Only Nintendo could make a demo weird, confusing and a hassle. But that's besides the point, those of us who had the time were able to have some hands on time with the game myself included. Ever since it's reveal I've been interested and the more I've seen has only gotten me all the more curious, it's sort of been like one really long seductive strip tease from Nintendo, Iwata slowly pulling his pants down to reveal a bit of calf.

So I thought I'd write up some quick thoughts, splattered thoughts if you will, putting ink to paper if you will, stroking the swollen squid to completion if you will. My time with the game was brief, but damn if I'm not already excited! 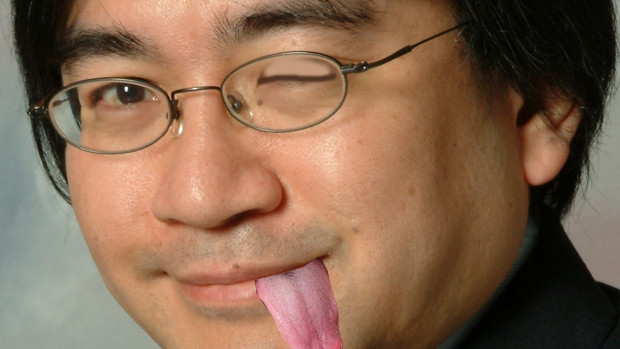 Splatoon might be one of those few online multiplayer games that I love though, and not just because I won't be able to hear teenagers screaming about my mum (although that helps.)

As far as I'm aware only one mode was present for the demo, where you have to go around covering the stage in as much ink as possible for your team to win, the tools you use to spread your ink also double as weapons so if you come across an enemy player you can quickly dispatch them and continue spreading your fluids around the place. Now this mechanic of spreading your ink about all over the place appears to be the main foundation that the game is built upon, sure you get to play as an adorable squid girl who has spiky teeth but that main foundation happens to not only hold everything together but make the game feel a lot more special than your average shooter. 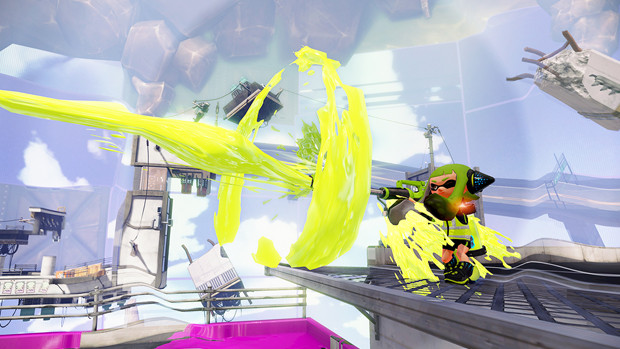 With your average shooter game you're pretty much always in a sort of hunting mode. You're on the look out for enemy players, you want to find them drop a few rounds of bullets into them, a lot of these game modes centre around the hunting of each other. This, at least for me, easily leads to frustration when you're running around trying to hunt a player only to have them run up behind you and slice your throat. You're constantly on edge that you're about to get knifed, sniped or just get sprayed with bullets faster than you can spray yourself (this is a very innuendo filled piece.) During that split moment of failure it appears you've done nothing wrong, you were just running around and then get punished with a respawn waiting time. Obviously afterwards you can work out what happened, how you died, but those split seconds of fury build up, again for me it does at least.

But with Splatoon the aim isn't to go on the hunt for enemy players, sure you have the option to but it doesn't particularly feel like the game was built towards that idea, it also does a disservice to the game its self if you go in with that mindset. For the first two rounds I had that very mindset, didn't think about spreading my ink, just ran around trying to find people to run over with that sweet ass roller. Although I was having fun with how pretty and adorable everything looked the same frustrations were brewing. Then I realised my teams kept on losing due to not spreading enough ink, from there I decided to ignore hunting others and just go ink crazy. Now this where things really start to click and the game begins to shine.

The weapons in general feel great to use, so it's satisfying as hell to run around shooting or rolling ink everywhere, maybe it speaks to our inner child, it definitely speaks to this person who once tried to paint his Nans house with nothing but mud. My focus was on covering as much of the stage with ink as possible, this isn't only reinforced as being essential due to it allowing you to refill ink but you also get to turn into an adorable squid and swim around (something which I'll come back to shortly.) 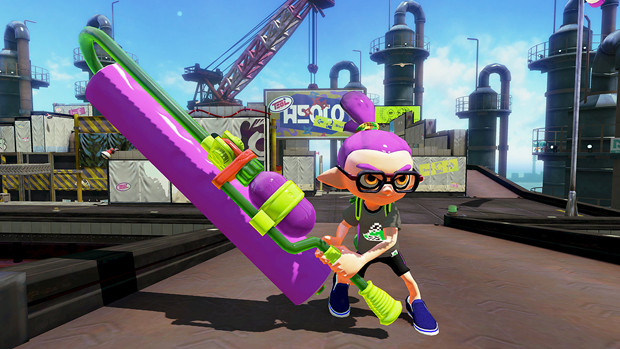 So with all of my focus suddenly centered on laying my mark on everything in sight suddenly encounters with enemy players become exciting, less frustrating, a fun mini challenge in its self. One minute I'm rolling around covering ink everywhere, turn round the corner then OH JESUS THERE'S A SQUID BOY WITH AN INK MACHINE GUN WHAT DO I DO?! Suddenly there's a quick and fast struggle between you both, one of you dives into the ink to escape, possibly to get a better shot. But then they run into a patch of ink you and your team mates have left, they slow down, vulnerable, ready to have a paint roller slide right over their face.

This makes enemy encounters so much more exciting, they feel like an extra mechanic on top of the ink covering idea, as opposed to the ink covering idea taking the back seat. If you focus on just killing enemy players, chances are you and your team aren't going to win. Heck even if you don't care about winning the game just has a stronger spark once you drop the old ways of thinking and playing.

The game even helps make being killed feel less frustrating. There's still a respawn timer, but there's one simple mechanic that helps keep it all together. Remember that you can turn into an adorable squid? Yep I'm coming back to it don't you worry I never forget, like a vengeful god. With those little encounters with other players not only are they thrilling in its own right but you can jump right back into the stage quickly by turning into a squid. Swimming back into action to cover more paint.

None of this having to run ALL the way back to where all the action is taking place only to get god damn sniped by someone meaning you have to make the journey ALL over again. Splatoon isn't interested in letting your mind wander, letting you get bored or frustrated, it gives you the tools to have fun and to get to point a to b not only quickly, but in a fun involving way. 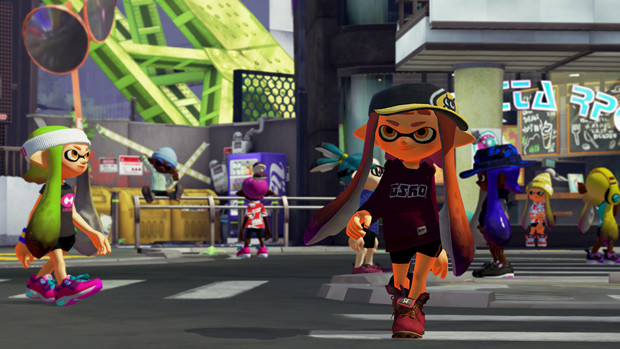 So overall I'm really digging Splatoons multiplayer so far. It takes away the things that ruin online play for me (the screaming teenagers.), it improves on ideas that have long been used and then adds its own ideas and then-some. Whether it'll be something I'll comeback to repeatedly I can't say for sure, but it's interesting to see that Nintendo of all companies have brought forward a genuinely fun and exciting take on online shooters. The main draw for me will be the singleplayer, but it's nice to see that the multiplayer isn't an afterthought.

Also a chubby cat with dark fur in the shape of a bow tie announces the results of each match, so there's that too..