I don't know if it's because he is referred to as 'BJ' or because he speaks with the rustic twang of a US country-folk accent, but when i settled down to play Wolfenstein recently i really wasn't expecting the game's main character to be so introspective and poetic. The fact that his hulking blonde frame renders him more Aryan than every single Nazi i have spent the last eight-or-so hours brutally killing may have been a factor also. 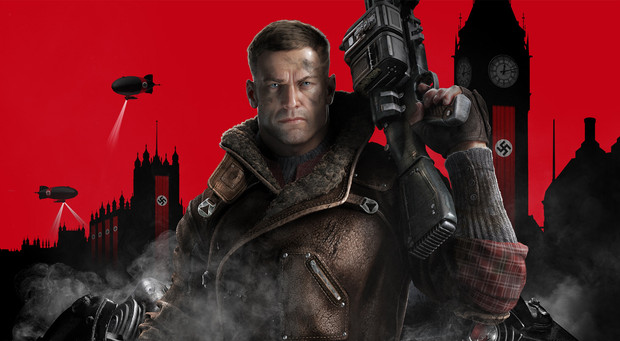 But they say you should never judge a book by it's cover, and The New Order's William Blaskowicz has proven to be a very compelling read. I love how in the quiter moments, while you're making your way to a large-scale battle, Blaskowicz will recite a relevant anecdote from life before the war - maybe something his dad told him, or a recollection from his neighbour's farm - that bears impressive relevance to the trials ahead. He's a thinker, and words fly as impressively from his mouth as bullets do from any of the myriad killing devices available from the weapon wheel.

But there is more to his character than just being a sort of battlefield rhapsodist. There are some really funny moments in the games, such as when he is instructed to excercise restraint and replies 'what's that? Kill every Nazi i see? [mimics static] Sorry, you're breaking up' and also - and this is a rarity among first-person shooters in my experience - geniune concern and warmth. Captain Price was obvsiously upset when Soap kicked the bucket, but those who played Modern Warfare 3 will recall that he let his fists do most of the mourning. It's not that Blaskowicz doesn't use violence as a coping mechanism, but there is a sincirity and earnestness to the obligatory exposition.

When he tells his team that he'll find a way to free them, he does so in a way which makes you feel as thoug he cares about the people around him just as much as finishing the mission. When he talks about the air in a damp Nazi wine cellar reminding him of the farm, he does so in a way that makes you feel as though he longs to be back there. That he is totally commited to winning the war, that he will do whatever he can to vanguish the evil of Nazi Germany, but that he had a life before this all started that he is sorry he had to leave behind. 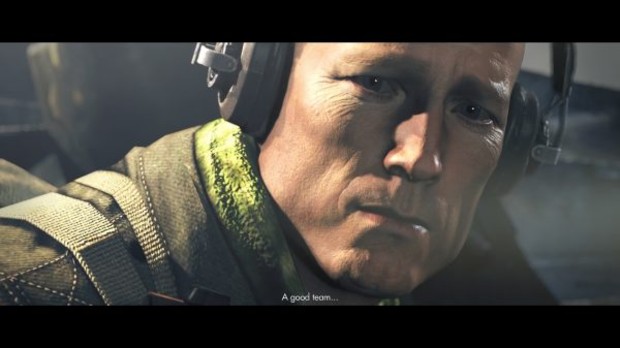 It makes the instances in which friends and comrades are lost more harrowing, and the ones in which they are saved more triumphant. There is a moment in The Old Blood where he descends a lift into the unknown, and likens it to a worm burrying underground with its eyes closed. The game has tremendous visuals, but having the scene set further with Blaskowicz's baroque vocalisations makes it feel more real somehow.

That the wordy meanderings of a one-man army add so much to and enhance the actual gameplay is a real testament to the writers, and Brian Bloom's tremendous work voicing the character. I've long thought that he deserves to be spoken about in the same sentences as the likes of Nolan North, Jennifer Hale and Troy Baker, and hopefully The Old Blood expansion will convince a few other people too.