The Grandest of Introductions So yeah, that's a Boo.  It is also my way of greeting everyone of the Dtoid community.

I have been lingering in, on and around Destructoid for years, always pitching comments to posts and recognizing some of the regulars who come up with witty plays on headlines that eventually spiral into deplorable deviance, often involving objects in butts.  This kind of discourse among people who love videogames is something I never got to enjoy as a kid, thanks to a complete absence of the internet (early 90s) and any semblance of a social life.  The latter is still a constant.

So what in the hell makes me so special, that I even had the nerve to call this introductory blog "grand?" Well...not much, really.  If I start from the beginning, maybe I'll find something along the way.  This may take a little while, so make yourself some coffee or tea, grab a Monster or Red Bull...hell, get some alcohol out if it fancies you (never too early or late, since we are all over the world) and I'll do my best to entertain you kind lot.

I slipped into existence in 1985, around the same time that Nintendo was fast becoming a household name.  It must have been in my blood, because I was able to navigate Mario across all eight worlds before I knew how the hell to tie my shoes.  One of my earliest memories comes from the Nintendo World Championship opening round in Dallas, where two of my stepcousins (more on that odd relationship term later) thought it would be funny to enter me into the competition.  I still have some kind of certificate signed by Mario for doing as well as I did.

Videogames serve many masters.  Some use them as an escape from the woes of real life.  Others utilize them for mental exercise, stimulating parts of our brains that lie otherwise dormant for the rest of the day.  While I love the challenge in grabbing that last star in The Perfect Run in Super Mario Galaxy 2, I learned at a very early age that the real world was unkind and vicious.  About a year after that World Championship, my father killed himself.  I type this not as a ploy for attention, nor as a dramatic segueway.  His death is simply one aspect of what has been, for me, a hell of a ride so far.  I feel the need to share that with everybody since we will be getting to know each other very well over the coming weeks.

Growing up, I had the social cognition of a Venus fly trap.  I remember having friends at my first Catholic School, where I went from 1st to 3rd grade.  I'll be damned if I can remember most of their names, but one of them was a member of the Anoa'i wrestling family.  There was no way I could not become infatuated with professional wrestling at such an impressionable age.  My parents decided to transfer me to a different school (still Catholic) when I entered 4th grade, and what little bond I had developed with people was destroyed by some reprehensible bullying all the way through the end of 5th grade.  Thank Satan that social media did not exist back then, where I could simply go home and play Star Fox, Street Fighter II and as the years went on, Resident Evil. From what I have seen, most people find their own clique or group in high school.  The jocks, the nerds, the preps, the goths (I graduated before emo and hipster had become things where I live) and all manners of (un)popularity occupied their respective lunch tables and hallways.  I never found my group, more than content to sit at an empty spot, playing a Game Boy Advance and wondering what was going to happen that week on Raw and Smackdown.  My grades were great in whatever I cared about, which, in high school, certainly wasn't a lot.  By the time I graduated in 2003, I had never smoked a joint, had sex or gotten suspended.  I really was not the adventurous type, until I got home and resumed playing the entire Final Fantasy series (please don't ask me to try and choose between IX and X), Jak and Daxter, Sly Cooper, Silent Hill, Super Mario Sunshine, Kingdom Hearts, Ratchet and Clank, Metal Gear Solid, Splinter Cell...looking at this extremely abbreviated list, why the hell would I have ever wanted a social life?

When I began college, switching from English to Communications for a major before I had taken my first class, I initially left my game systems on the other side of Pennsylvania, away from my dorm.  Big mistake.  After my first "real" relationship ended, I resumed the school year with all my usual friends in my dorm room.  I also changed roommates and while I wish I had stayed in touch with him, my second roommate was comfortable enough to come out of the closet while we shared a living quarters.  The trio across the hall from me often held tiny LAN parties, playing Rise of Nations and throwing empty Mountain Dew bottles at each other after every successful nuclear launch.  One of those three, I believe his name was Jon, made me howl laughing at his rage while playing on his own (a habit I picked up myself).  I will never forget sitting at my computer desk, possibly writing a paper, while Jon, during a particularly aggravating Dynasty Warriors 3 session, yelled the following at an elephant: "Oh, you are such a SLUT." When I transferred to a different university closer to home and began studying sociology, my studies never came first; hell, I remember skipping a class so that I could pick up my pre-order of the first Guitar Hero, fully aware of the irony that I was missing a piano lesson.  I made it out of college with my Bachelor's degree intact, but like so many millions of Americans, that degree has been collecting dust ever since I decided to place it on the shelf.  Since 2007, I have held the following jobs: hotel bellman, private investigator, standup comic and pro wrestling referee.  My focus in Sociology was criminal justice, but without turning this into a discussion involving current feelings about police in general, I don't feel that I ever would have made a great cop, at least not today.

And I really didn't ever want to cut my hair.

There is a vault of information I could divulge, but this blog is meant to be a greeting, not an entire filibuster for attention.  I have written in the past for other sites, but never for a place where I feel like I will be able to so freely weave personal stories with commentary on today's gaming world.  We can get into the rest of my life another time, but right now, I just hope everyone enjoyed reading this.  I am an open book now, free and able to answer anything you want to know.  What else should I write about?  Should I shut the fuck up?  Should I keep going?  This is a c-blog, after all.

Thanks for reading, everyone.  I'm glad to be here!

Oh-- one more thing, just to give another idea of who I am and what I love: 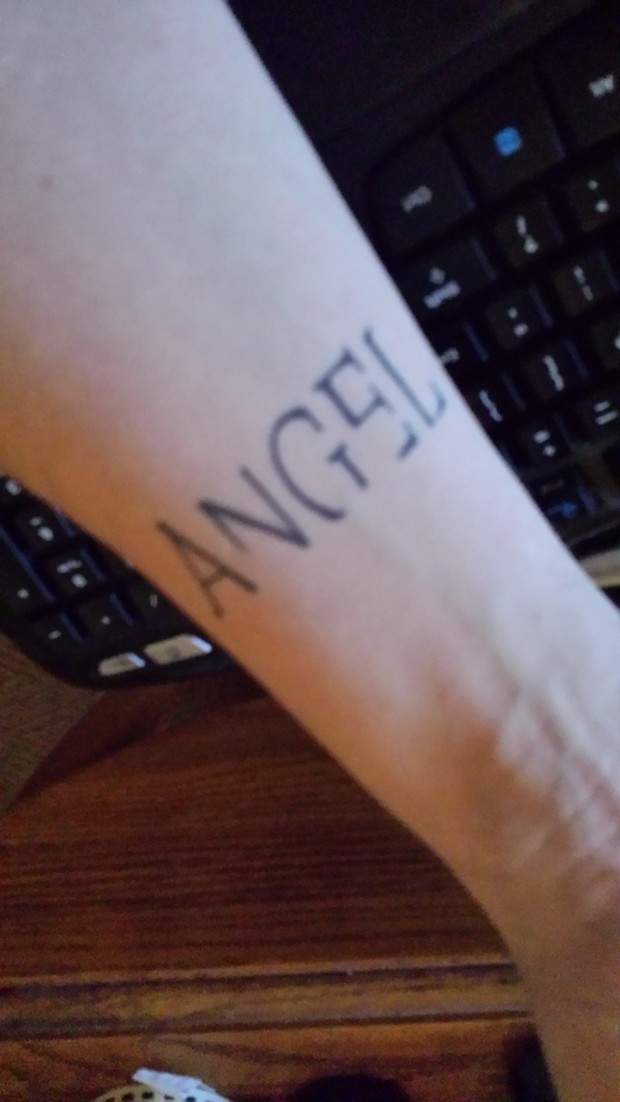 Expect a hell of a lot of Buffy and Angel references in the future, too.

Gamer since I knew how to tie my shoes. Writer for almost as long, previously seen on Bleacher Report, NSFW Gamer and WhatCulture!

Currently freelancing as a research assistant on an undisclosed book, and as a contractor for Study.com.

Another love is wrestling, as shown here with my friend Matt: Smart Mark Roommates on Youtube