Last week, in addition to letting Riobux take a day from me, Destructoid went through a massive visual overhaul with the expected hanky-jank bugs and glitches. Stuff like that is expected but what I didn't expect is just how much I'd feel disconnected during the whole process. The cblogs page was pretty much dust in the wind over the weekend, during which I was in the valley with my girlfriend, running more Disney shifts, and prepping for a special thing. I haven't done much Dtoid related in about a week but it feels longer. 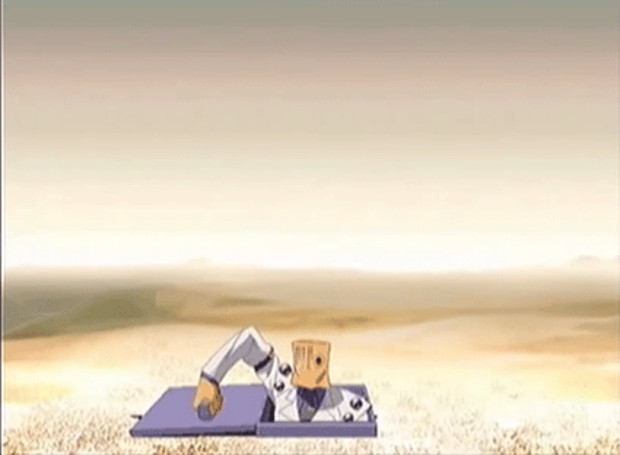 Pictured: me returning to the cblogs

It's also weird that I'm pretty much pseudo-staff. Well, my picture is on staff roll but I'm not expected nor entrusted to do anything important that has to do with any bottom line. As I understand my job description, it's just promoting good community content, engaging the community, and not being a dick. Admittedly, I haven't promoted something in a while but I think nobody can blame me for that, at least in the past week. But this past week has been filled with kerfuffles. Plus, my official recap day only has one blog, so this recap could be called the whatsacow show guest starring Strider.

Shade has a tough pill to swallow with a multitude of negative blogs to recap. Enough to fill the negative zone with enough energy to actually I don't know what the negative zone from Marvel actually does but it sounds stupid/awesome. But it just makes me smile that (stealing a blog real quick from Shade) Seymour Duncan, Dtoid's own smiling Joe weirdo, posted something in an attempt to stem the tidal wave of negativity.

I have my own positive story. Oldfags may remember the name Qalamari, former recapper and general old Dtoider from years past. I mean, OOOOLLLLLDDD. I don't remember what day he used to cap. Anyways though, jump back a month and he contacts me on twitter asking me for tips on making a Disney trip since I always make it a point to excuse myself of problem by saying, "Whatever, I was working late at the park. Give me a break. I'll get your money later this week ok?"

But being the actual Disney person that I am that actually works at the park, we're taught to always go the extra mile because that's what Walt would have done. That's why you see WWWD stickers on a car's bumper. So rather than just make any random suggestion like lobster nachos at the Cove Bar, I ask for specific dates of their trip because fuck it all, I'm knocking off a day of admission on your vacation budget. It's the big Qalamari x Strider crossover of generations.

The last time the squid had been to the D was precisely three years ago, before California Adventure's big face lift to give it the strength it needed to pull a Kazuya Mishima on Disney's Heihachi. So of course I had to make my tour include Cars Land while Buena Vista Street is implied since it's a gateway area. We even managed to nab Radiator Springs Racers fastpasses, which surprised even me with 3pm return times. I showed Qalamari and his lovely wife such destinations as Olaf's Snow Fest (don't groan, having a 24/7 snow room is pretty kickass), the Hollywood Tower of Terror, Paradise Pier's Fun Wheel, Corn Dog Castle, and of course Cars Land, ripped right out of Pixar's Cars. I had my usual fill of my favorites that I cannot leave the park without having: Ramone's Pear of Dice soda and a Ghirardelli Painted Lady cup. The former is a delicious blend of Sprite, grape syrup, and pear somethings which makes it an absolutely refreshing drink. The latter is an ice cream scoop with hot fudge, whipped cream, and a Ghirardelli square on top with all instances of chocolate being 72% dark cacao which is always delicious at first and regrettable afterwards.

Qalamari and I went on Screamin' California, Tower of Terror, Mickey's Fun Wheel (swinging gondolas edition), and Radiator Springs Racers. And thanks to the Streepass Plaza upgrades I bought, I saved Qalamari's mii into my VIP room.

The deeds didn't go unrecognized of though. Before the Disney day, we met at Roscoe's Chicken and Waffles for an ice breaking dinner. They treated me to dinner as thanks and I ordered the flagship plate, #13. the Carol C. Special: a fried chicken breast and a waffle. Qalamari gave me quite the flattering gift as thanks with a NES cartridge of Strider and a weirdly unique robot that bears an uncanny resemblance to Mr. Destructoid. 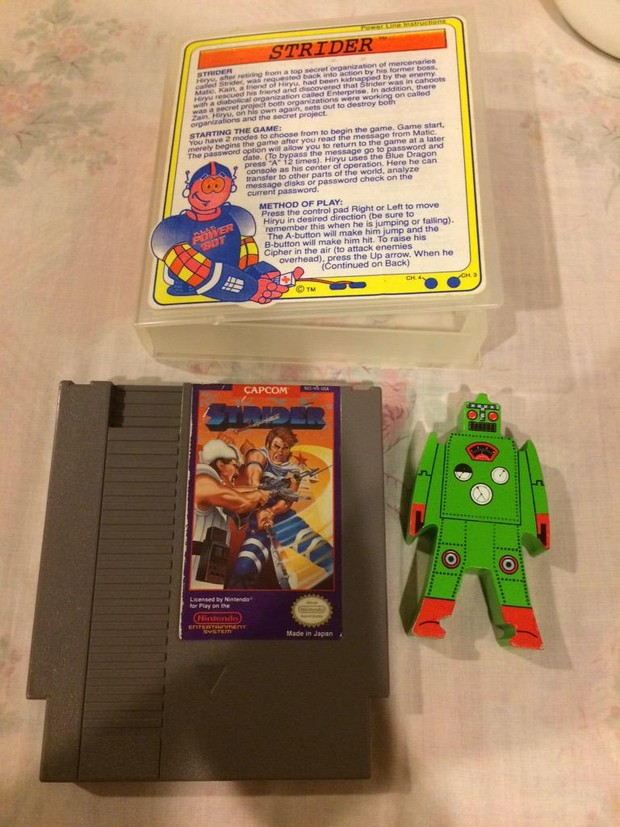 So that was my weekend. I had a date with my girlfriend watching videos and playing Tomodachi Life, swimming, then California Adventure with Qalamari with plenty of good food.

Obviously, there was a lot of Monster Hunter stuff in between as I literally find time to play it during work when it slows down. I actually just reached G rank, which is popularly considered when the game REALLY starts. With the cblogs marginally functional maybe I'll actually get around to talking about that.

A - Cows by default

E - Something by default

A - Cultured by default

R - Some other default