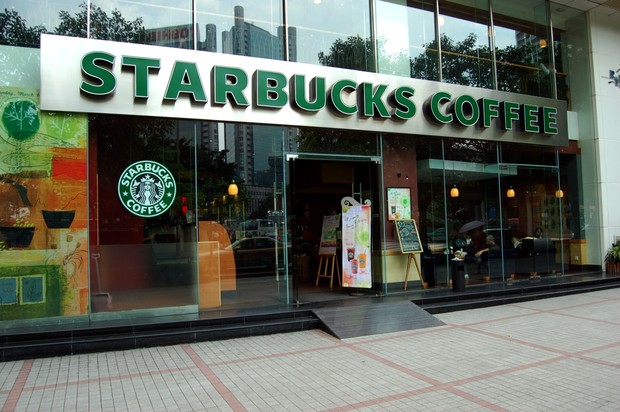 Well, maybe it's because we're in the middle of transition, but yesterday's blog count was very small. I mean, the only one who posted a blog that day was RH666, and I'm surprised that it wasn't about art. This entire week has been a little lacking to be honest, but I completely understand. Right now, the Cblog section feels like your favorite coffee shop being renovated: you would rather just chill out at home than to go out and find a temporary spot to hang in.

Anyway, how do I feel about the site redesign? Well, I'm pretty cool with it. It was frustrating at first, but the kinks are being ironed out, and the design looks sleeker. I have my share of issues though: for some reason, I can't log into my Dtoid account on my mobile, which is disappointing but might not be on their end. I can't "hit" the text fields without "hitting" the Facebook button, and I don't use Facebook to log in so that's a problem. Also, because I don't full-screen my Google Chrome, everything looks cut off, and it's really annoying. I don't know if that's gonna be "fixed" since it's more of a user error, but I'm one sad puppy. 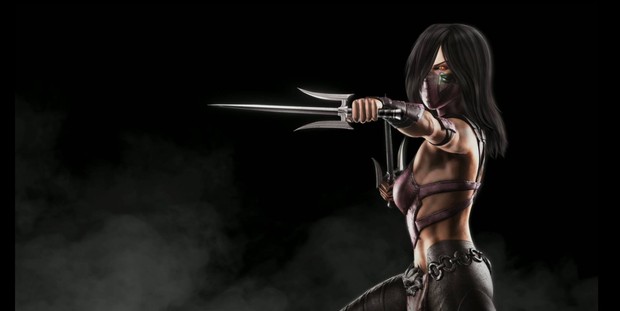 I'm also one lovesick puppy as well. See, I bought Mortal Kombat X. I know, I know, it's kind of stupid considering how much Warner Bros. is trying to suck the money out of our wallets, and we all know it's gonna have a Komplete Edition later down the line, but I just had to get it. Why? Because I was crushing on Mileena so hard I just HAVE to buy it immediately, and I'm not ashamed to say I'm pretty serious.

Mileena has always been THE character of Mortal Kombat that I've felt attracted to, and she's got a damn nice body. Sure, she has lines of shark teeth in her mouth, but I've learned to look past that. I kind of like her sadistic, yet somewhat playful personality ("Let us dance!"), especially in Mortal Kombat X with pre-fight dialogue, and her moveset also isn't bad. She has a Rolling Ball for low attacks that leads into an easy uppercut, a Teleport for when opponents block low, a projectile, and pretty sweet Fatalities: the one when she jumps on your body, mauls it in half, and eats your innards while the character tries to crawl away makes my heart swoon. So, for all intents and purposes, I spent money to look at Mileena. She's got a nice ass in that tight pant tho'.

I also love one of her Brutalities, specifically the one where she leaps on your body, sinks her teeth into your neck, and bites it off. It reminds me of The Walking Dead, which is cool. I hate that I have to unlock it via the Krypt, as I fear going down there, and that I have to perform is IN MATCH instead of at the end. Usually I'm struggling to win, much less trying to perform a specific move under specific conditions. Also, I don't like using her Ravaneous style, as I prefer her with her mask on (because she looks more badass, not ugly). Still, I like Brutalities; they're fun. 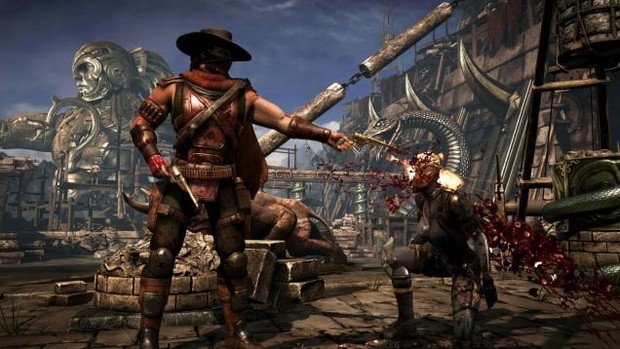 I'm also digging Erron Black, but mostly because he's a cowboy and fills the hole in my heart after Justified ended. I also like his Gunslinger style, if only because he wears a cowboy hat. Revolvers are among one of my favorite types of handguns, so seeing that his movesets and animations revolve around them (you see what I did there!?) is a nice treat. I get a kick seeing people flip open the chamber, empty their casings, then flip it back in whilst spinning the wheel. His X-Ray is also pretty awesome in that he has a bullet with the name for every character (and one that says "Me" for mirror matches, which was a nice touch), and I wonder if he'll have one for Jason. Would he also have one for the Predator? And would it say "Predator" because everyone else has a name whereas the Predator is more of a race.

Speaking of guest character, I've been kicking the idea of buying Mortal Kombat 9: Komplete Edition for PS3 mostly because I kind of prefer it over this one. While MKX is pretty damn great on its own, I like the characters in MK9 more, and it has a lot of content. I mean, Story Mode was really entertaining, and even my boy Stryker gets a chapter where he kicks Mileena's ass, which is nice in my opinion because my fears that he would be a jobber (someone who gets beaten in every fight, which is expected for a strictly human character) were relatively unfounded. The main reason though is that I get to play as Freddy Krueger from Nightmare on Elm Street and Kratos from God of War, and I love crossovers so much. I still need to get a copy of Soulcalibur IV on the PS3 so I can have Darth Vader. Darth Fucking Vader! 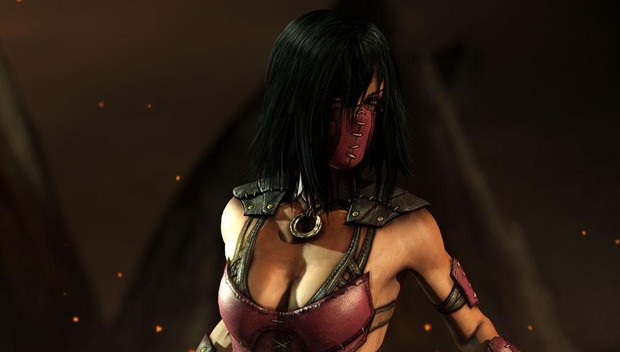 A - RH666 shares some news about the petition over Steamworks Paid Mod Model, which allows users to charge for their mods, as well as his own concerns over the monetary system. 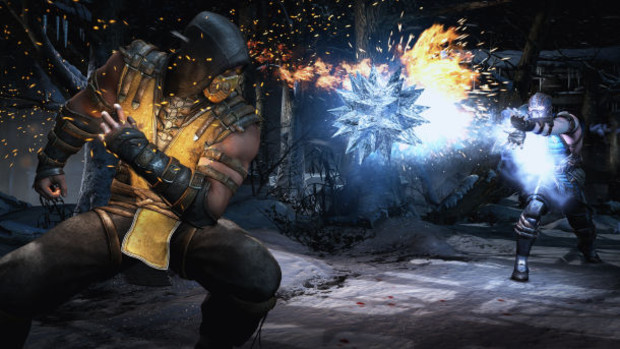 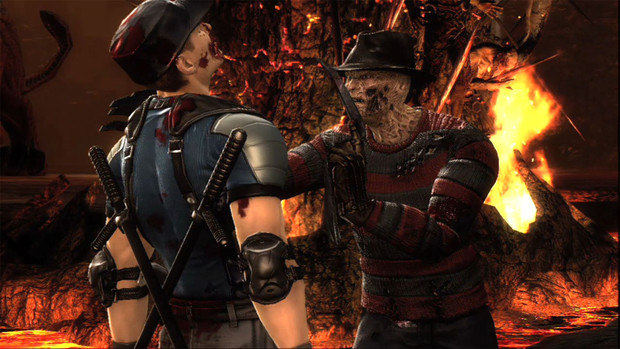 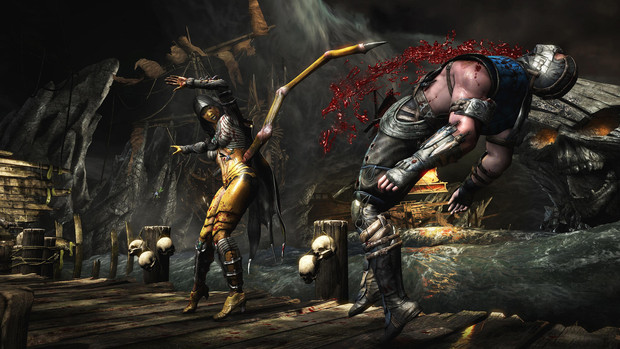 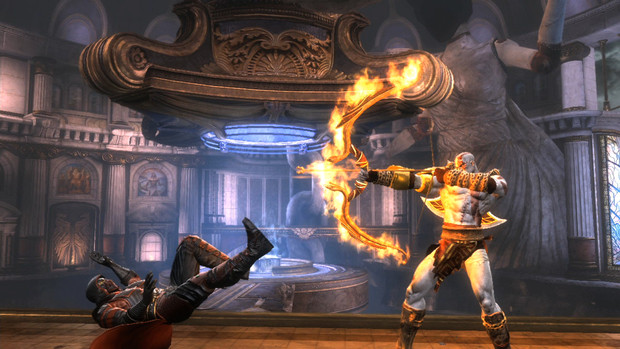 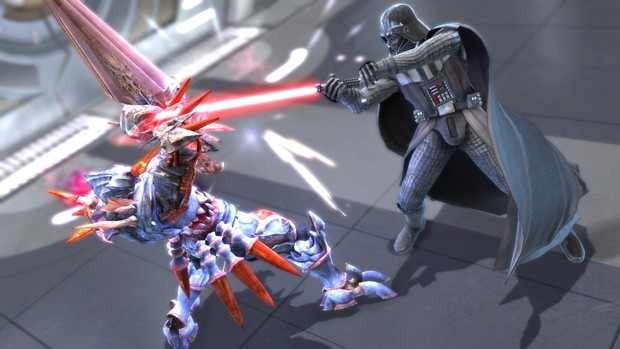 I'm just happy the only blog I had to recap today wasn't a fail!