It’s difficult to think about the Wild West without some notion of romanticism. Despite the notoriously rough conditions of frontier life, cowboys, bandits and their ilk have become engrained in American culture, leaving us wistfully wishing for saloon shootouts and high plains drifters.

Westerado: Double Barreled understands these sentiments and plays with them to great effect. Equal parts a trope-filled Western and a quirky adventure game, Westerado dips its spurs into interesting territory thanks to its approach to vengeance. 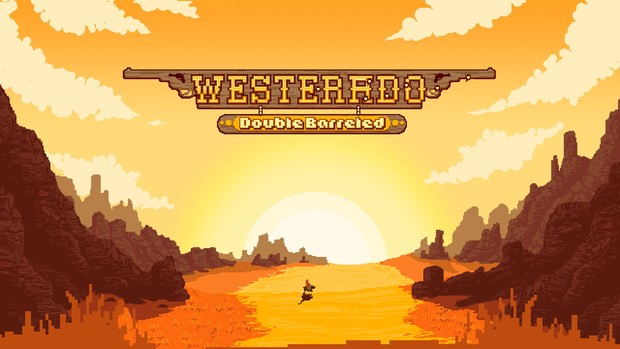 During Westerado’s opening moments, your character’s farm is burned down and his family murdered. As standard of a setup as it is, there are moment of humor infused – like your brother’s decision to not wear a hat leading to his unfortunate death – that set the tone for the rest of the game to come.

As is standard of Western fiction, your character sets out on a quest for vengeance. His efforts to track down his family’s killer are impeded, however, by the fact that he has no idea how to identify the perpetrator.

Figuring out the identity and ultimately tracking down the killer is the crux of Westerado’s gameplay. By speaking with the NPCs littered throughout the game world and helping them on a variety of different quests, many of them will offer bit of descriptive information regarding the killer. The more hints you are given, the more the silhouetted visage of the killer (seen in the game’s menu) becomes fleshed out, allowing players to narrow down their hunt. 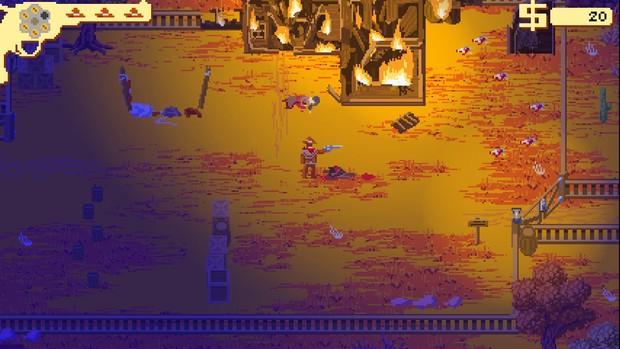 Alternatively, Westerado allows players to throw tact to the wayside and gun any character down. Unlike many modern games, where you can kill characters but story-vital NPCs are seemingly immortal, Westerado establishes the inhabitants of its world as ultimately expendable. With a single bullet, the player can kill anyone. In Westerado’s case, the West was won by blasting anyone and everyone to death.

Even if you are a more diplomatic gunslinger and opt to killing indiscriminately, players can still expect to see their fair share of combat. Gunfights in Westerado are simplistic, yet remarkably satisfying thanks to the intuitive gun mechanics. With a single button press, your character will draw his weapon (be it a revolver, shotgun or rifle). Once drawn, the weapon must be cocked by pressing another button (right trigger on a gamepad), and then pressed again to be fired. Left trigger functions as a reload button, which must be pressed for each bullet.

It sounds like a lot when described, but there is something rewarding in the gunplay. Most fights play out with bandits becoming aggressive once the player enters their ‘territory’. Once combat is initiated, positioning and a quick trigger finger become the keys to survival. As you can only shoot horizontally, great care must be taken your horizontal movement in order to ensure you won’t be nailed by gunfire. Keeping a close eye on each enemy’s gun is also integral, as knowing whether or not they are primed for a shot can afford a quick opportunity to jump in and blast them away. As stated, the elements are all relatively simple in theory, but are used to great effect. 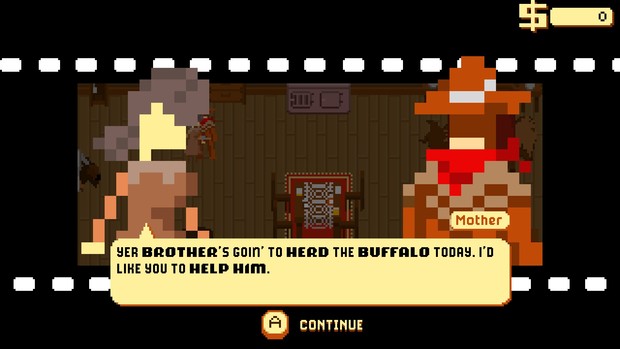 Exploration is also a big part of Westerado. The game’s Western setting has a host of unique and interesting locations to explore that generally – despite the retro aesthetic – capture the traditional look and feel of a Wild West setting. Abandoned mines hold secrets and Native American camps balance tranquility with the threat of instability as soldiers encroach on their land.

While there is plenty that can be said about the tenuous political situations like the Native/Soldier conflicts, Westerado never bothers to dwell on them. The game opts instead to keep things rather lighthearted, which is good. Part of the game’s charm comes from its silliness. Your character speaks in a traditional Western drawl, saying a phonetical ‘Ah’ for I, adding an enjoyable level of absurdity to a game that is fundamentally about revenge. Similarly, much of the dialogue and encounters with NPCs shift more towards a campy, off-kilter approach.

For its price, Westerado: Double Barreled has plenty to offer. The game can be beaten rather quickly or it can run a couple of hours, depending on how much emphasis the player puts on exploring the rich Western world. While it’s rather simple when it comes down to the core gameplay mechanics, the idea of a villain that changes every playthrough and the ability to pull a gun on anyone adds some depth that is fun to toy around with.