Reigniting my way Through Dark Souls 2

I’m going to let you guys in on a rather public secret of mine:  I love Dark Souls.  I put about 300 hours into the game, and made quite a few concept runs - my favorite of which has to be beating the game using only a whip.  Good times.

Just replace 'noodles' with 'Dark Souls' and its like that.

When I heard the game was getting a sequel, I was both excited and preemptively disappointed.  See, the sequel could never live up to the original.  When you start comparison up against a ten, you are only going to get a lower score.  But I got it on day one, and played it through to completion.  It didn’t sit well.  I figured that I technically beat it, so I can put it to rest, and call it a day.  Then Bloodborne came out, and I really wanted some more Dark Souls in my life, but didn’t feel like shelling out for a PS4, and also beat the everloving crap out of the original.  So I booted up a new character.  Well, I have now put about 80 hours into Dark Souls 2, and still have many avenues to explore, including DLC if I wanted to.  So far I have done my initial run of the game (quality build), a wizard run that I quit a quarter of the way through, a strength build, and a dex build. 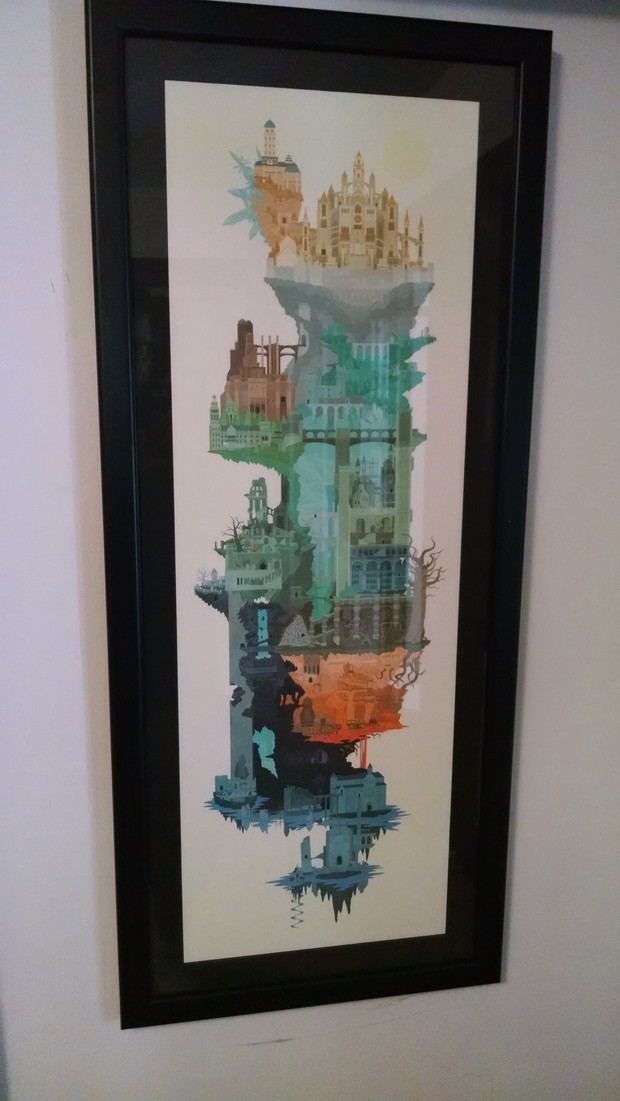 In a way, a good sequel to a game should read like patch notes for the original:  the same base platforms, but some fixes and some tweaks to the original formula.  If Dark Souls were a drink Dark Souls 2 would be New Coke.   So what did they try to fix?  First off, nothing feels too overpowered in the game.  All armor gives about 10 points per pound of weight, so you can never get too beefy.  All (normal-ish) weapons have about the same damage ceiling, even if the scaling isn’t too different.  I was using a partizan and a katana that both had the exact same damage, minus 10 from scaling.  Finally, they re-scaled how rolling works.  You can now fast roll under 70%, and you fat roll above 70.  All of this makes the choices in armor and weapon just seem kind of blah.  Don’t let me be misunderstood - every weapon is still viable (which I loved from the first game), but it just feels homogenized somehow, which hurts the experience.

One thing that I noticed a lot more this time around, though, was that damage types really make a difference.  Certain enemies are hurt much more by crushing attacks rather than piercing, whereas slash might work better against others.  It encouraged me to keep multiple types of weapons, which they allowed for with more slots.

Speaking of slots, I love that you can have 4 rings.  A chief complaint of mine from Dark Souls if that the FAP ring (favor and protection in 1, Dragon RIngs in 2) is wildly overpowered, to the extent where you might as well have 1 ring slot.  This time around, the new cling ring takes its place, but you still have 3 rings to mess around with.  Need extra fire resistance, stamina regen, and poise?  Take your pick of rings, brother!  It lets you augment your build’s strengths or weaknesses, which works out really well.  Also, the rings have ‘levels’ so finding an early ring doesn’t make your character crazy overpowered - you find the level 2 version of that ring later in the game, then its overpowered along with the enemies!  And the balanced the FAP ring (and a few others) with durability.  That sucker breaks crazy fast, so using it can be costly, if not efficient. 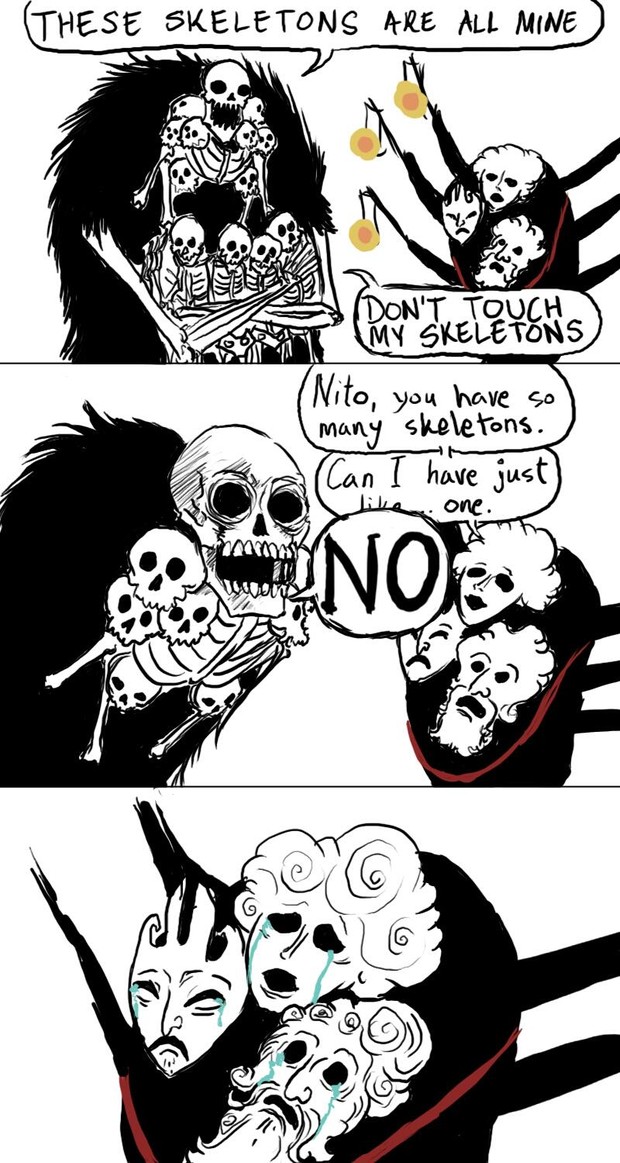 Another departure from the first game is that exploring seems less open.  Maybe this is me looking back with rose tinted goggles, but it feels much harder to explore later areas at earlier levels to get the cool gear.  Basically, I want to sequence break and the game doesn’t want to let me.  It feels like you have to go to the Iron Keep first to unlock the titanite sources so you can actually level up your weapons.  All of the other places, before Castle Dranglaic, seem just kind of...weak.  Again, everything is just sort of the same.

As long as I am waxing about things that feel different, farming for titanite also feels weird.  I am pretty sure that this is just me being less patient with the game, but I never found a great place where I could make runs for chunks, and making runs for twinkling titanite in the Amana Shrine just felt wrong.  In the end, I went to the magical christmas land of never ending crystal lizards that they felt compelled to cram in the game.  Seriously, what the hell was the point of the dragon aerie?  It looks so cool, and practically oozes atmosphere, and for what?  3 dumb dragons, 3 prisoners, and like 100 crystal lizards?  It feels like a dev created a zone just to grind out gems, and accidentally left it in when the game went gold.

On the subject of crystal lizards, could they be any harder to hit?  Jesus.  The lockon in the game just plain sucks sometimes.  You are well within your range for your weapon, locked on, but your weapon hitbox just goes over/under/to the side/inside your own face for some reason.  Often times I would find myself swinging madly at crystal lizards only for them to run away as I buried the area around them.  Occasionally this comes up against other enemies, especially when they are elevated in any way.  Sometimes with heavy weapons, after locking on, the game decides you wanted to input your attack wide left or wide right, because you were inputting those directions for after your attack hits.  This is also really annoying to have to remember to have both stick at neutral when attacking with certain weapons. 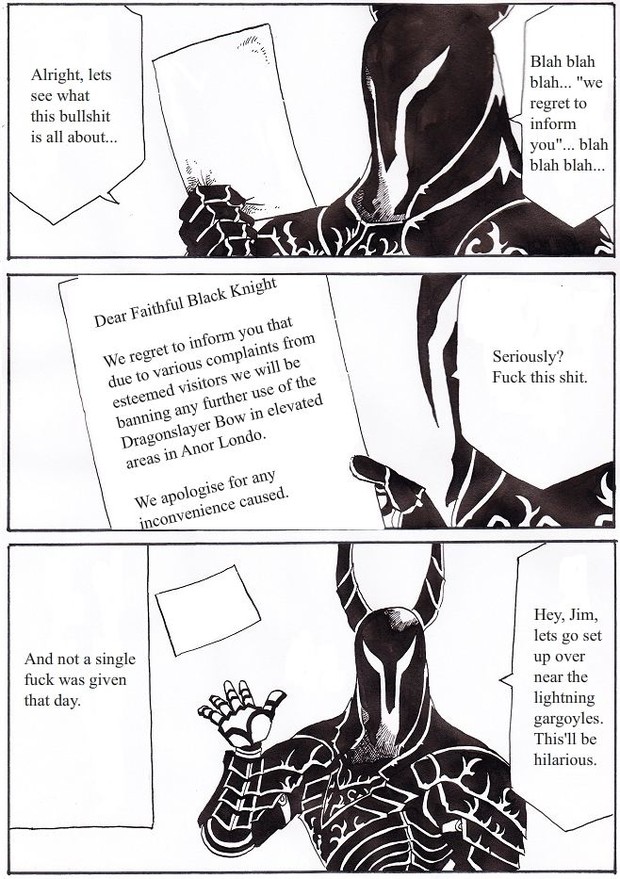 Finally, they butchered my favorite part of the first game:  The bosses.  It reminds me of going to Buffalo Wild WIngs (a sports bar, specializing in wings, for those of you not near one or not in the States).  There are some wings that they serve that are good and spicy, but still have a lot of flavor to them.  Then they have wings that just go nuclear for no reason, without any sense of flavor.  My favorite fight in the first game was against Kalameet, for so many reasons:  Every attack was clearly telegraphed, and every move had a ‘counter’.  If she was going to blast fire right in front of her, you could step back.  If she was going to blast fire from the sky, she would fly up and you could run out of the AoE.  If she would charge at you, you can roll, or tank the hit and lose all your stability.  The entire fight was a puzzle of which tell leads to which move, and what do you need to do to counter it.  If you guess wrong, you lose most of your health, then you get another puzzle of ‘when can I heal?’.  It took me about 10 attempts to beat her, but I was happy the whole time.  Then we have the Ancient Dragon in Dark Souls 2.  He flies up, and kills you.  Have a shield up?  Kills you.  Run towards his tail?  Maybe you survive, but maybe the AoE is large enough and he kills you.  It didn’t feel like skill at all to take him on.  Then, think of the fight against Sif.  This great beast, attacking you with an enormous sword in a wide open graveyard.  Now give him 4 rats that inflict toxic on you, and remove all of his cool moves.  So now its a puzzle to figure out how to kill 4 rats without getting toxic before the boss enters the arena?  Thats...fun...I guess.  Remember Ornstein and Smough, and how crazy it was to have two full health bosses attacking at once?  Sure, you had the gargoyles, but you could usually kill one before the second was a problem, and the Four Kings, but, you know, see above.  It seems like half the fights in Dark Souls 2 rely on using more than one enemy to make it difficult.  How about 5 gargoyles?  How about 3 skeletons that summon 5 skeletons when they die?  How about 3 stamina draining jerkwards?  An arena full of spiders.  Two dragonriders.  Two spellcasters, lord douche, and a room full of zombies.  Then, finally, an honest to god two on one fight that feels good (with a bottomless pit at the edge to even things out).  It feels like they didn’t care to design difficult bosses, so they just used the more cheap/annoying tactics from the first to create difficulty where it otherwise wouldn’t exist.  For all of the bosses listed above, whenever you are against just 1 enemy, the fight becomes trivial.  Even super Orns or super Smough were a force to be reckoned with alone.  They just added in some vinegar, and whatever hot chiles they had and called it a hot sauce.  Yeah, its hot, but it just tastes like burning, not smoky peppers and chicken dammit.