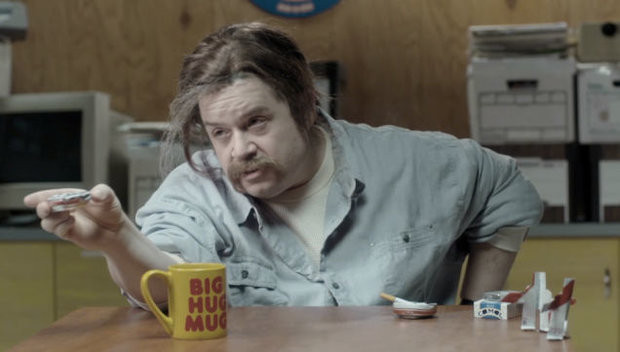 Time is a flat circle.

If you haven’t checked out the forum this week, you should know that it’s the end of an era. Trev, Kym and Cornflake have, after years of maintaining PS FNF, decided to pull up stakes and move on. There comes a time where other shit matters more and that time is now. This has happened before and it will happen again, over and over again for all eternity. Myself and that lovely boy Nanners have been tapped to take over.

FNF is the first place at Destructoid that I felt I fit in. Not because Trev and the gang are all super happy, shiny people. Actually, it was the opposite. I had to put in a little work. I had to show up, I had to not suck, and I had to figure out how to get my shitty microphone to not annoy everyone else. The people who had been gaming together for years had an easy rapport and banter with plenty of shit-talking. The onus was on me as a pointedly quiet and anti-social person to fit in. And eventually I did. (I think.)

Some of the best times I’ve had gaming were since joining FNF regularly. And some of the best arguments as well. But, oddly, I never respected anyone else less because we might have disagreed with each other. (Which, based on most internet conversations, is something just shy of a fucking miracle.) So, kudos to Trev, Cornflake and Kym for all the hard work. I’d say goodbye but I have your goddamn PSN ID’s so good luck getting rid of me, fuckers.

By the way, I don’t have an ounce of Trev’s coding ability, and it’s mostly his work that made the blog looks so goddamn good every week, so if there are bumps or hiccups in the next couple of weeks while Nanners and I get settled in, I apologize in advance. I hope you’ll stick around because I will eventually be hosting Payday 2 and Borderlands 2 on PS4 just to make Trev and Cornflake squirm. :)