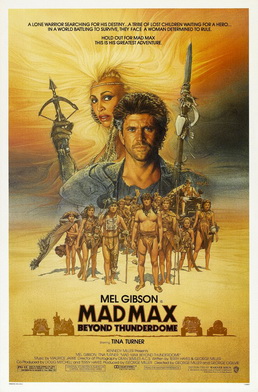 By the time this review is posted, it will be exactly a month before the release of Fury Road. But for now, let us enjoy another edition of Thunderdome!

The last of the Mad Max Trilogy, the film starts 15 years after the defeat of Lord Humungus and his Vermins, Max no longer have a car to travel around the Australian wasteland, and so he have a caravan with camels to go around. After his caravan was stolen by a familiar-looking pilot, he travels to a nearby community called Bartertown. He went there only to take back what's his, ended up being involved in a power struggle between ruler of Bartertown, Aunty Entity and her main power supplier, and facing what might be the franchise's worst nightmare: LOTS OF CHILDREN!!! 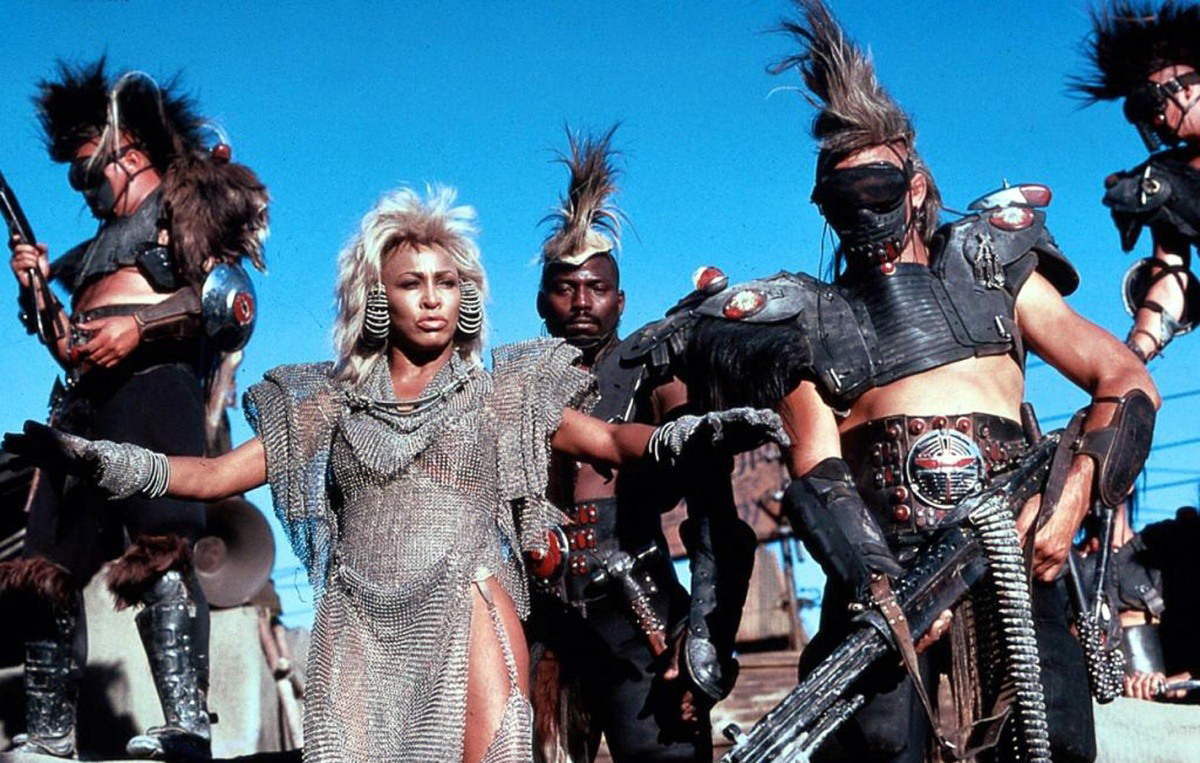 In the beginning with the scene of Bartertown, the concept of civilization returning after the end of the world is actually pretty neat when you look back. Mad Max starts with society breakdown, Mad Max 2 starts with civilization being non-existant, and Max Max 3 starts with society returned to build communities. For reasons unknown, in this film Australia was implied to be nuked, which is odd since the continent is mostly implied to be wiped out by bombs instead of nukes in the last movie. 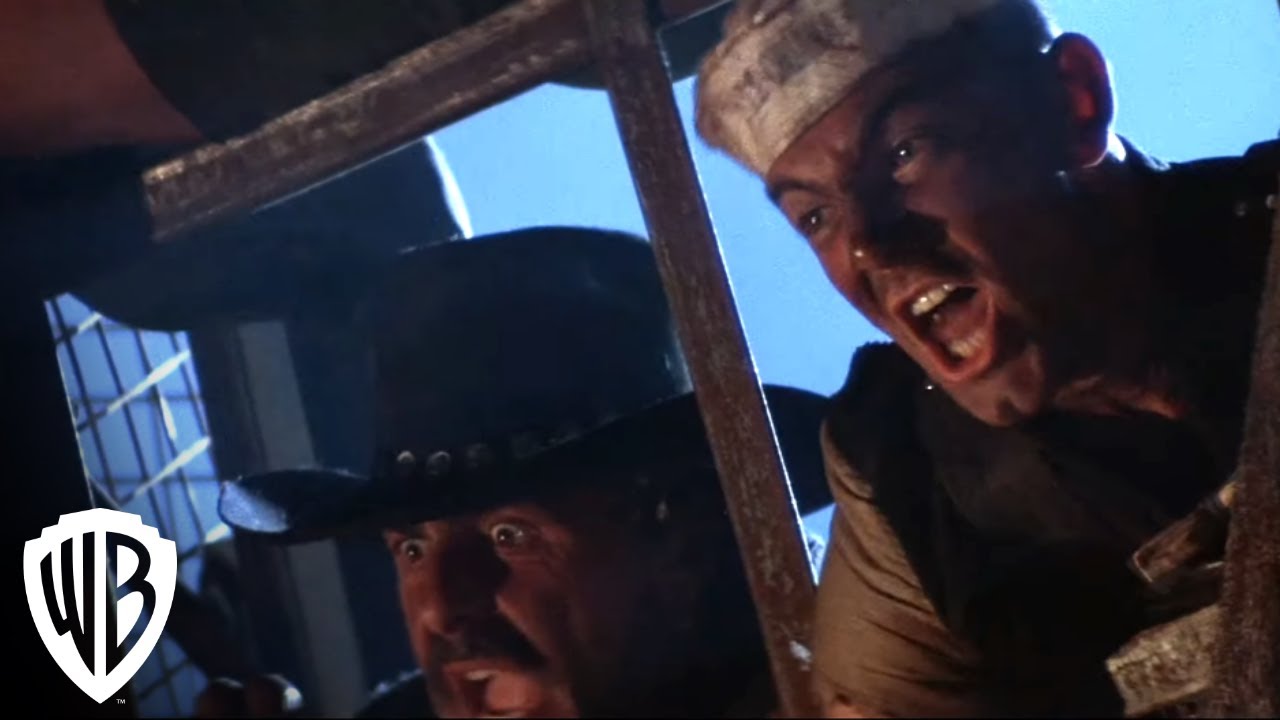 Can't we all just get Beyond Thuderdome???

But then, came the dreadful children. After the movie's first half, Max winds up being taken care by tribal children and teenagers, whom repeatedly mistaken him as the Flight Captain Walker who would take them back to "Tomorrow-morrow Land". After Max told them that he's no Captain Walker, it created a conflict and split the childrens between those who wishes to return to "Tomorrow-morrow Land", and those who are satisfied with living in caves.

Okay, the children wasn't really THAT dreadful, but their presence in a Mad Max film wasn't exactly pleasant to endured with. With them kids around, it turned a gritty Mad Max film into a painfully silly and campy children film set in a post-apocalyptic world. The children scenes just don't seem to fit with the rest of the film, which is quite a shame as the children performances were pretty darn good, and their section did have one the most creative in-universe storytelling I've ever seen.

One of the few scenes where Max is like "Please kill me now".

While the soundtrack of the first two films were provided by Brian May (Not the Queen guitarist.), the music this time is composed by Maurice Jarre. While Beyond Thunderdome's music sounds expensive, they don't sound like Mad Max to me. Brian May's sounds are appropriately gritty and tensing, while Maurice went full orchestra which makes the film sounds more like a traditional adventure film.

Mel Gibson returns as Max, again, and nothing much of his performances that I could speak of other than good. Tina Turner as Aunty Entity was hammy. Angelo Rossitto as the midget Master had some nice midget voice with some very quotable dialogues. Angry Anderson as Aunty's second in command Ironbar, who's really good in the sillier stunts. Edwin Hodgeman also had a few memetic lines as Dr. Dealgood. Bruce Spence, returning as an unrelated pilot with a pilot son, was kinda 'there' to let us know that he's a pilot.

The car stunts is, for a lack of better words, competent. While the car chases is regarded by most as the only good thing in the second half, it can't match the final rig chase in the last film, and suffered by lack of tensions due to the silly scenes and some even sillier stunts.

All in all, Mad Max 3: Beyond Thunderdome is a pretty decent, if not a satisfactory end to the Mad Max trilogy. If you could endure the children and campy scenes, then you should have no problem watching the whole thing. If not, then there's suggestion from some of the hardcore Mad Max fans: After the first half, skip all the scenes that have children in it.

Last but not least, the fanart of Mad May again. (Background behind belongs to spartan1118 from DeviantArt.) 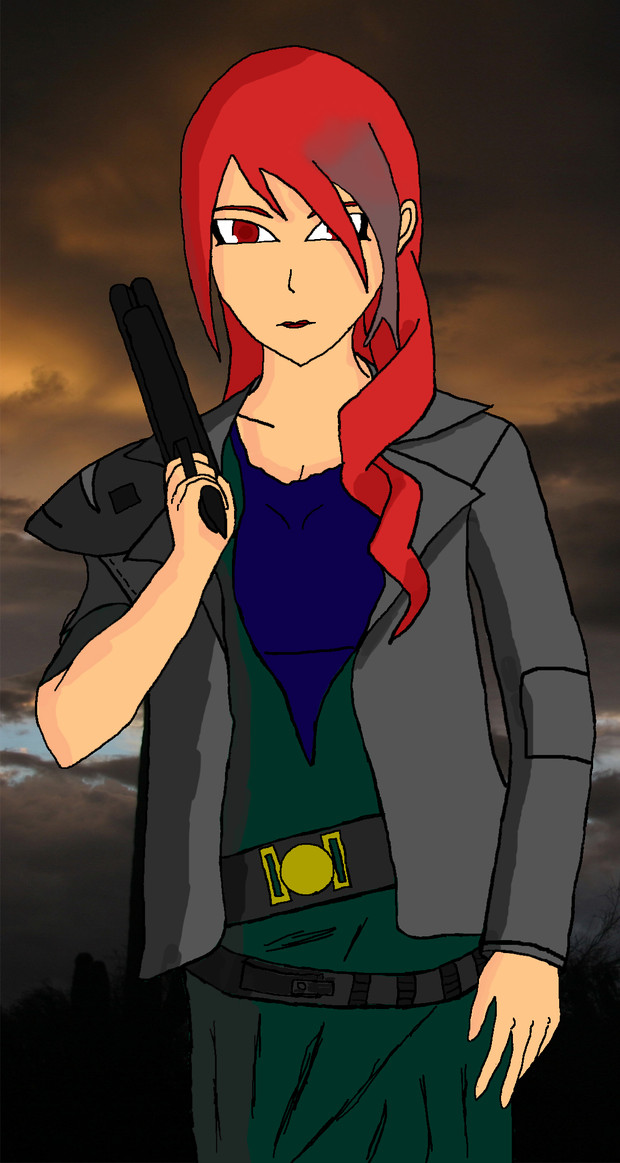