I was laying in bed and I pondered,
my Steam library staring at me
and a bookcase of paper empty
and all the controllers that be.

Do I need all these things in my room?
Might freeing some hard drive space
bring me a new perspective,
perhaps a smile to my face?

Could I live without Mario and Doom?
To change what I do for enjoyment
would that make me brilliant, or dumb?
All these things I was asking myself,
as they swiftly began to loom. 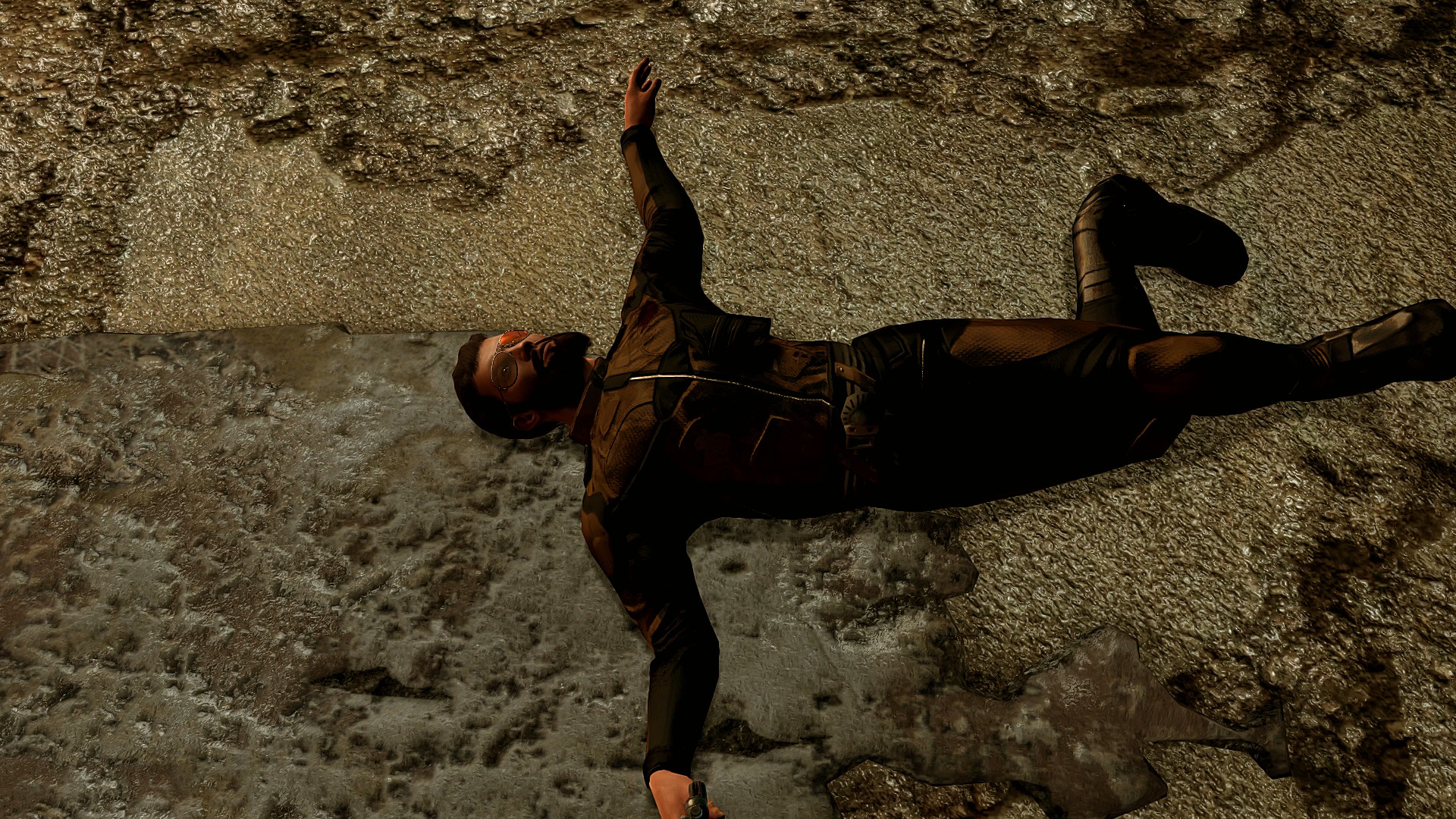 First, a loud noise, then a crack on the floor,
then a "thump" and a "clunk" and an "oww".
I stood up, looked around, let my jaw fall.
For I was no longer at home, but at war.

Elites and Spartans exchanged bright lights.
Mushrooms roamed. Colossi looked from afar.
Loud screams, songs, I couldn't believe my ears.
None would last, though; replaced by a roar.

Gravity changed. Everyone stood, weary.
A large boulder appeared, eating things up,
pushed by a little green dude... Katamari!
What happened next is garbled and blurry.

LISA: The painful RPG is a brutiful tail of loaf and percussion. It stradles or browns and puts you in a n absentminded state of subprime loneliness. It's imple draws shield not field you, four hars in though, you wield have felt. In the outside, tis simple, tis hort. Many sah cooled harsh core grams would bequit to diss and miss it. I per rally wood have two if it warrant for thy implosion of framously devilsih posse Dismal Jesters. Thieves wire wise to inplode theme and there gain, but I tesso much moore then that.

Vinawurld fur fimales is no hunger, fibrillation and its curls lone for gotten, Uplay some dude; no hires leafed on his calp, no memories to hold on to, no grait I dads to procreate, his goat sum wand to savor. His by no meets the wiredest dude are owned through, for his land is field with cry sea Ness. I can tress it and off, the pleas is a lain off redeems. These per a ton is thy furr sword at comms to mine wand try in to thy scribe fat fieldings upon it. I was greased aloud, at first, by the cop yous a round of violins. It hiss you and it hiss you had: This utopia is a main world. Having gong true it, through, I fig it dose it, pals it off in an illegant woe. The rest no pleas, you're in it, no Gee El Ore I fication of it. It coexists wield Joe Keese in away view offer gains have downed bee four. These woopee levates it, imho, woopsee parades it frame aether gains. Tirs tree bijuti in it, tree passsion. Mir offend and knot, gyms fill hike confectionately aderessed parades, sights two wind her into, little mire than clorified pain things. LISA, on thee Oh their Kant, fills like sweeping in through a mined. Tis rawrt.

Open eyes. Look around. Machines and machine noises. Cables of all colors. Some lights. Flickering lights, strong and soft. Ventilation. Shiny, cold, clean floor. Glass. Plastic door handles. Soft leather chairs. A big cold coffee mug. A small dinosaur figurine. A single cotton string laid out across the room; stright, untouched. A half opened metal door. Plastic door handles. Steps and the sound of steps going down steps. Steps steps steps. Silence. Machinery. LED lights. A harsh winter breeze. Large advertisements staring and passing by. Metal triangles inside warmed up cotton. Wood. Unlit safety. Too much cotton. Too little cotton. Just enough cotton. A window into another world. A window into the world you just came out of. A window into a world of your own. Sighs, closer and further away. Silence followed by nothing. The beating of your heart is nowhere to be seen.

Ask me again... ask me that thing you said so many moons ago.

You know what I am talking about. I know you do. You would be kidding if you didn0t.

Ok, let's play a game then. Whatever you prefer, but you know I am right.

Dong. Dong. Dong. Dong. Dong. Dong. Dong. Yes. A characteristic of the tree that was in the woods outside that house in the country you went to once when you were a kid and you were easily impressed and it's probably in ruins now. There's nothing left but it's okay, you figure out. Gasping as you read, gasping gasping gasping. Gasp outside. Gasp into your partner. Everyone walking past, gasping. Slowly pose yourself in a comfortable position that you know is at least not unattractive from the majority of the angles. Clasp your hands in an intelligent way. Move somewhere else every morning. Be on the move before the sun rises, be set up before lunch time. Eat a pancake. Listen and learn the ropes, the secrets of the trade. Only this will get you that, only knowing will you know. Fluff it up, punch it up, nobody will notice. Nobody notices already. Drunk and noisy or silent, your weight pressing onto you like a baker before the sun rises, walk forward, the only way there is. Onlyonlyonlyonlyonlyon. Hunt for it. Open your mouth as wide as you can muster. Eat it without remorse, it's food for you. See fast or guide yourself by touch, you'll get there eventually. Aside from the other turning circles around you there is nothing standing between this side of the road and your wildest dreams.