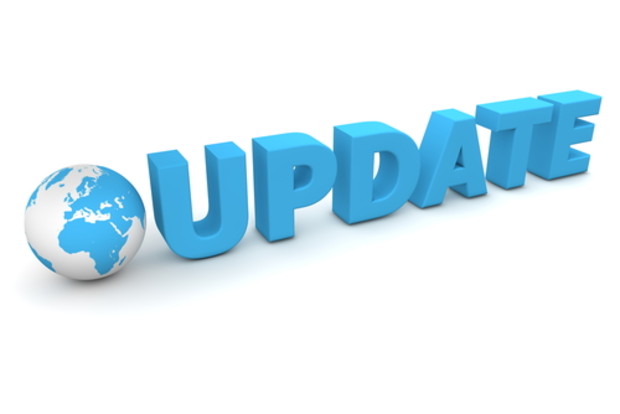 Hey all, sorry I haven't been around very much lately. It's been a very strange and rough few months for me. I wanted to take the time out to tell people what's been going on with me, partly because I wanted to say things to SOMEONE and partly because I really wanted to get something posted since it's been so long. This blog will be part personal and part gaming stuff so maybe there will be a little something for everyone.

First let's get the dumb personal stuff out of the way. As many of you may remember I put my weekly writing on hold earlier in the year. After going about 8 months straight of writing every week I was in desperate need of a break to recharge my creative spark. Unfortunately I was also going through some very bad depression at the time and that hasn't changed by much. If anything not having that bit of creative productivity to look forward to every week may have actually hindered more than it helped. 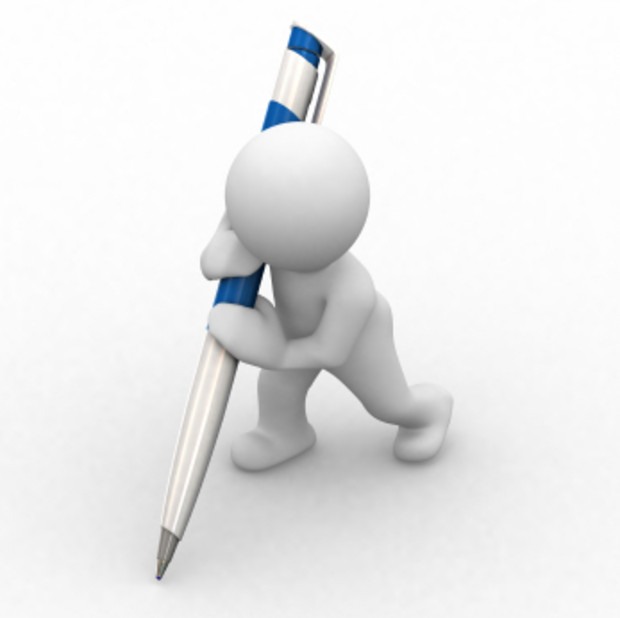 So, depression. Actually I don't want to go into a whole lot of detail about it, but basically (at least here lately) it's that gnawing feeling of knowing that you're just not accomplishing fucking anything. No matter how hard you push it seems like the only avenues available to you are the shit ones that make you feel like you're giving up and taking the boring way out. I'm gonna do my best to get writing again, even if it's not on a schedule, because I really need to get back that satisfaction from seeing people read what I wrote and discuss it. The feeling of creating something and have it posted on a front page somewhere is one that I got to experience more than I ever thought I would when I first started, but between Dtoid, IGN, and Kotaku I got so many great chances to see what thousands of people thought of my work.

It hasn't just been mental problems though, I've also had some shitty technical problems of late. Basically my PC has reached it's last leg and has become fit for nothing more than internet browsing and the like, because its capacity to game has become nonexistent. Luckily I'm someone who's fucking obsessed with gaming so I have so many other places to play games, but it's a bummer nonetheless. I've also been incredibly sick over this past week which has just been the exact opposite of joy. I'm sure there's other personal stuff that's been holding me down but I honestly can't think of it right now. In any case that means we can talk about the fun stuff! Enter: vidya gams! 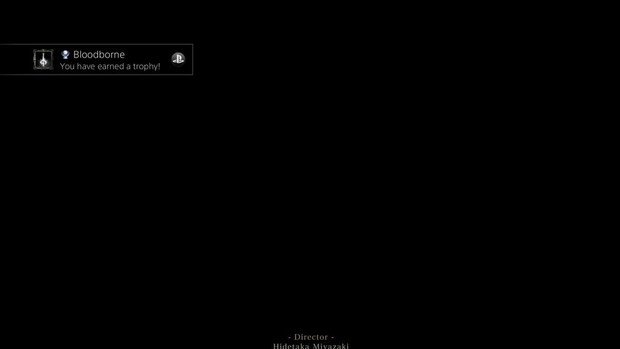 So obviously what I've been playing the most lately has been Bloodborne. Holy shit guys that game is a fucking masterpiece. It's beautiful, it's detailed, it's complex, it's horrifying, but most of all: it's fun! To give you an idea of just how much I've played it lately, I have already acquired the Platinum Trophy for the game. (see pic above!) That's 100% achievements for you non-PlayStation folks. I did my first run through as a Skill build (the new Dex) with a weapon called the Threaded Cane, which was a cane that turns into a fucking bladed whip and it is the sexiest weapon in NG.

I beat the game after taking my time to explore fucking EVERYTHING (like seriously, I somehow managed to find all bosses in the game on my first playthrough just from sheer full on hardcore exploration) and then went into NG+ and did it all again with the scythe. For those of you who don't know how NG+ works in these types of games, you keep all your levels and gear and whatnot, but the enemies and bosses get more health, armor, and damage to stay a threat. In Bloodborne's NG+ bosses can actually take longer to whittle down than they did on your first playthrough in many cases. 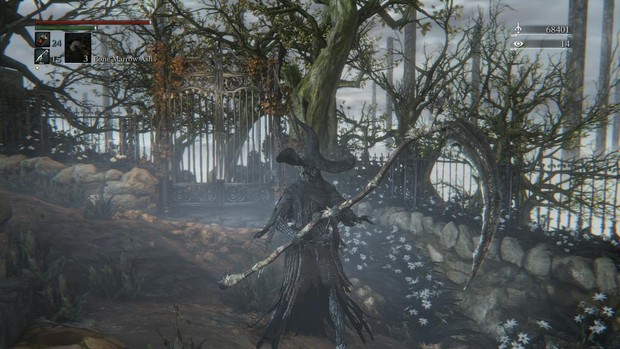 By the time I completed NG+ I had also already done all the required Chalice Dungeon stuff for trophies and I had originally planned to start an entirely new character for my final trophy run, but upon getting thrust into NG++ I found myself stricken with a terrible, amazing question. “How far do you think I can get in NG++ without dying?” I asked myself. The answer? Most of the way apparently. In fact I began speed-running the game and did not die until reaching the second to last required boss of the game, whom I only died to once and then proceeded to beat NG++ having only taken an hour and some change overall. So basically don't buy Bloodborne, it can be beaten in an hour. Go spend your money on The Order 1886 where you get at least 6 hours of play time! I kid, don't do that, buy this fucking game.

I still standby my previous statement that it is not a Souls game though. If you tell someone that they're getting a Souls game they're gonna have certain expectations that are simply NOT going to be met. You are NOT going to have a million build options available to you, you're not gonna have a bunch of different playstyles, you're not gonna have slow, patient gameplay. Bloodborne is what you WANT from a fantastic developer, it takes the core of their best work and applies it to something new and focused, and what it delivers is phenomenal. 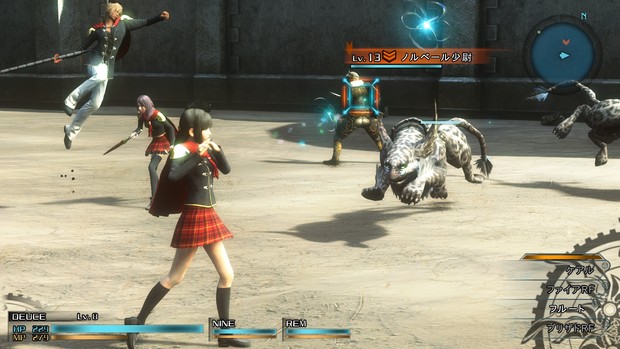 I also played Final Fantasy Type 0. Now that...was certainly a video game. The combat was pretty awesome, and the character models were surprisingly detailed considering its PSP heritage, but that story is just BEYOND insane. It doesn't have very pleasant story telling. The “war documentary” kind of theme it has is very cool, but once I reached the end of the game I still had no fucking idea what had been going on. They were still throwing around words like “agito” and I still had no idea what they meant. At the end of the game one of the main characters said “My head hurts!” and I said “Me too bro, what the fuck is going on here? Why does everyone in this game know what's going on but me?!” Apparently you're supposed to play it a second time to understand it better, so maybe I'll do that at some point.

That Final Fantasy XV demo though? HNNNNG. SO GOOD.

So what else? Hmm. Well I went back and finally completed Xenoblade Chronicles a few weeks ago! What a fucking awesome ride that game was. Other than how annoying the aggro management can be in that game it was a real joy to go through. The story went delightfully nuts towards the end. Much love to that game. Currently on my third attempt to get through Xenogears on my vita. Let me tell you something guys, that game is NOT written well. I mean WOW. There's a part early on where Citan and Sigurd are talking and Sigurd is like “I sensed a darkness in her” and Citan goes “No you must be wrong!” and he fucking says “Remember I was always really good at predicting things like this.” Are you fucking serious with this shit? That's like fanfiction levels of foreshadowing. 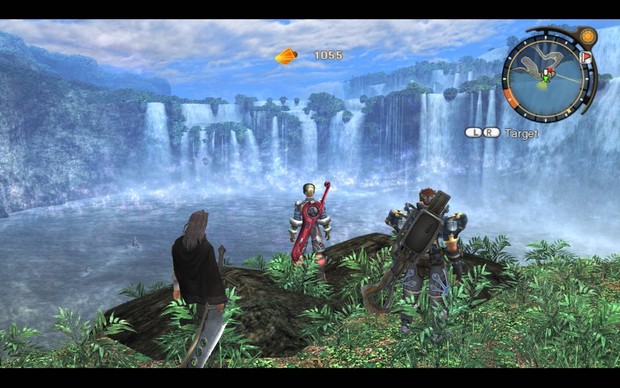 The music is pretty rad though, I'll give it that. The combat is kinda interesting is well. But the real reason I decided to go back and give it another shot? I just wanted some crazy mech action. I watched a show called Knights of Sidonia on netflix a few nights ago (it was alright, has potential but some weird problems as well) and it had me itching for some mech gameplay. Not sure what I'll play (or watch!) next. After Bloodborne and Xenogears I may have to play something nice and happy for a change! Who knows!

Edit: Forgot to mention that I've got 20 bucks left over and was thinking of grabbing either Axiom Verge or Helldivers on PS4. Any recommendations? Both look awesome, but with Helldivers I'd have to find people to play with.

Anyway, that's all I can think of at the moment for this update. Hope this has shed some light and maybe been entertaining to read. As I said I'll try and get writing again soon in some capacity because I think I really need it for myself. See you guys soon! Thanks for reading!