One of my absolute favorite games that I only barely remember playing in high school for the first time was Wolfenstein 3D. Well that game's time has come and gone, there already was a Wolfenstein remake way back when, lined up around the 6th generation time. Totally missed my radar and I didn't get to that one. The recently released New Order however was on my radar then it wasn't and then it made it back when I snagged it for a sweet black friday deal and it's just been sitting on my shelf since.

So when I finally launched this beast into my PS4 I found that the first few hours were very unimpressive. I mean I was really disappointed because it was just so gritty and generic feeling. It actually got better a few chapters after, story-wise. I will not be spoiling it but they got some good, cross relationship & revenge story stuff going on in there. Not to mention the first big twist made me feel very crushed, like just imagining that reality depressed me. Again, no spoilers I'm just gonna say: I love you America! 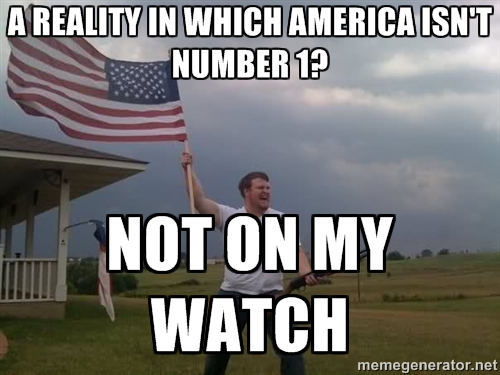 The whole time, though, there was one great resentment hanging over the experience of New Order overall and that was basically this: I just wanted to play Wolfenstein 3D all over again. This feels like 3D but with so much removed, it's just changed I know what else was to be expected after all this time the same exact game? As good as the story has gotten up to where I'm at, I would gladly sacrifice that for a Wolfenstein 3D... 2. Really. Bethesda. You have the bank we all know it what with that E3 Press Conference you ordered, let's work something out here. But then like the sun shining its magnificent light through the dark gray rain clouds it was as if my prayers were answered.

There's a super dope throwback to 3D in this game! I was half expecting, and full on hoping they'd do it and they did. In New Order, the main character Blazkowicz has the opportunity to engage a "nightmare" mode where you experience a "nightmare" but actually it's not a nightmare it's awesome ass Wolfenstein 3D!!! Well mostly, like 95%. You basically play what's probably the HD version of 3D – except for some reason everything looks bigger – but with your hud view arms/guns/hud from the modern Wolfenstein: New Order. A bit jarring I know but whatever my eyes are bathing the euphoria of playing 3D again – with its music playing all the while too. But then the not a nightmare but actually a dream is over, you wake up and go back to the modern game. I won't lie to you to try and sound all pretentious by saying that at this point I just want to shut off New Order and fire up the nearest SNES because the game is really good by itself. Now that I took three seconds to look it up, turns out this is the only time in the game this happens and yeah you only get to play the recreation of Level 1 from 3D. INFINITE SADNESS. It would've been amazing if they let you play the whole of 3D as a side reward/section to go with New Order's campaign. I don't know about you but I'd do it. 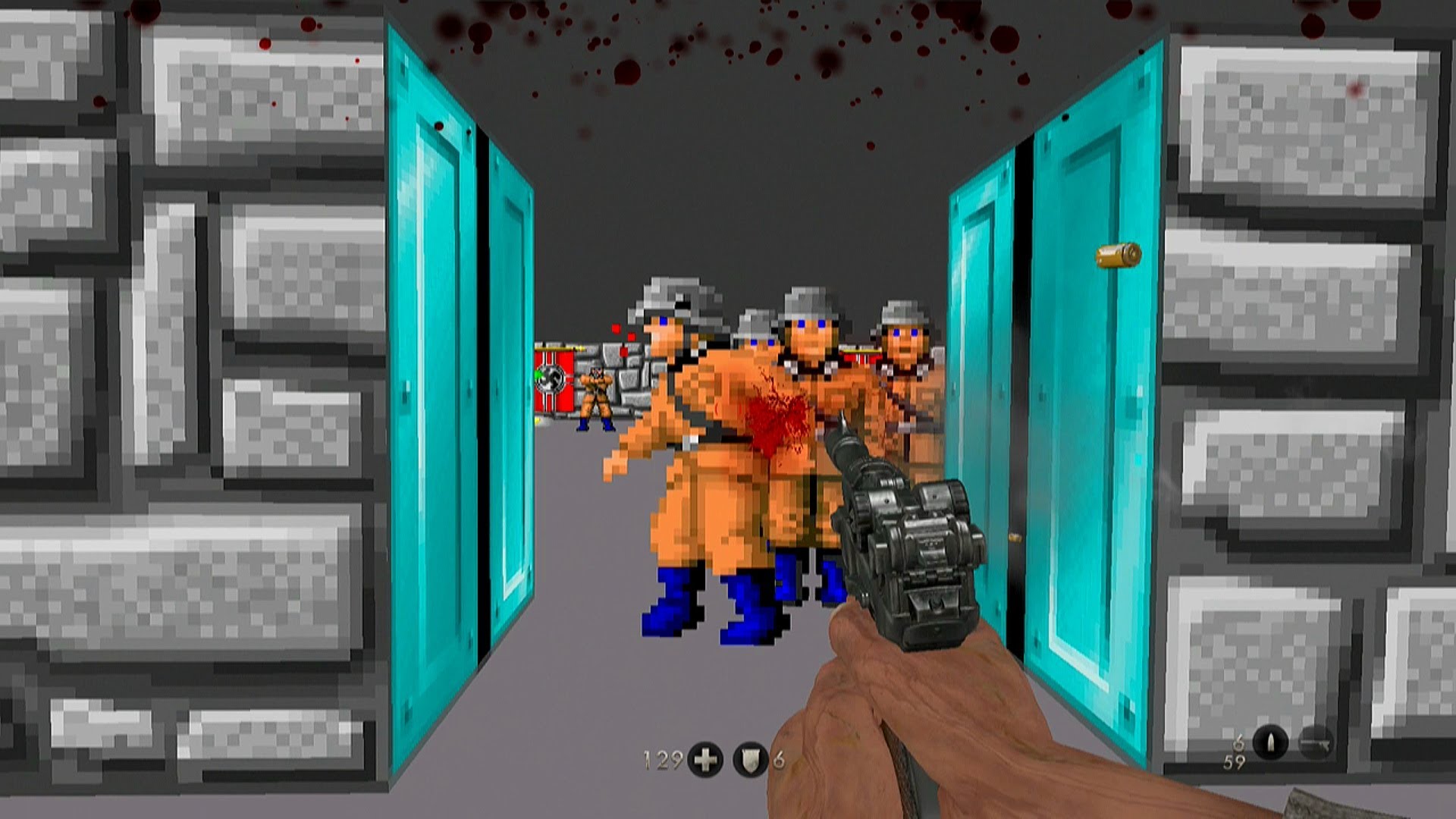 But that aside, this is really a cool thing that they put into their game. It's one of my favorite things when a game is full of these little find-mes just to put a little added fun into a game. I'm not going to say it's because Bethesda was involved since they may've just been the publisher but guys it was totally because Bethesda was involved. A game with Bethesda involved usually is full of this kind of games magic. Let's save that for a possible other blog though! In the meantime there is one more thing that I'd like to cover and that's the records you find. To put it bluntly you find a bunch of records that are well known songs but covered by the Nazis because this is an alternate universe and all so The Beatles were really Nazis. Then you get to play those songs from the game's main menu. I know this isn't anything entirely new as we've seen it in Bioshock Infinite and so on. But it's still pretty out there and I enjoyed it.

I took the liberty of looking up the total list of songs you can find because there's no way I'll find them all on my own. Seems to be about a dozen or so and you have either full on covers or reimaginings of songs by musicians like the Beatles, the Kinks, the Animals, and a bunch of others I don't recognize. Side note: Would've loved to see one for like Kenny Loggin's Danger Zone or Taking Care of Business, but I digress. Or Elvis, definitely Elvis. Maybe Dark Side of the Moon would've been funny too..

Here is a video of what seems to be all of them.

That's basically it. There are plenty of other collectibles, this game has a hearty amount of stuff for you to look for but the Wolfenstein 3D throwback level and the records were the most interesting to me. I want this to be a love letter/thank you to the dev and if they had something to do with the decision, Bethesda, for including these aspects of the game. It's really one of my favorite aspects of games in general.

But how about you guys, do you like these sorts of creative secrets or are you too busy playing the campaign rushing past that sort of stuff? Let me know in the comments below and thanks for reading!