How's it going? Good day? It's hump day if you know what I mean... You fuckers know what I mean. And anyways, of course it's a good day! Why wouldn't it be!? Cause guess what happened? The new Nintendo Direct aired today and one of the biggest reveals was that of Shin Megami Tensei X Fire Emblem. Here's the link to the trailer for the philistines among you:

First thoughts! It looks a hell of a lot different. I'm guessing that the last trailer was made at pretty much the start of development, given it's just cutouts of characters from other games. And now that the game has actually been in development, it seems to have grown its own style. So, how's it look? 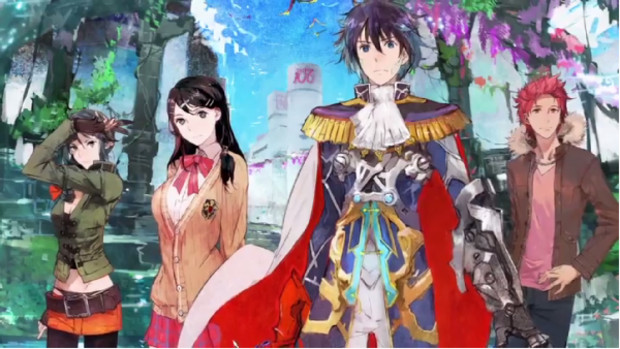 While it made me very happy, the existence of this game has always puzzled me. It seems really niche to take two small JRPG franchises that only have new releases on handhelds, and make a crossover as a console release. Especially considering the small-ish player base of the WiiU.

I think I get it now.

Upon watching this trailer I think it's difficult not to notice the huge Persona influence this game has. Look at the bright solid colored menus and people, the upbeat pop inspired soundtrack,  and the concept of high schoolers having fun with friends in the city by day, while fighting demons as alter egos by night. It's very present. 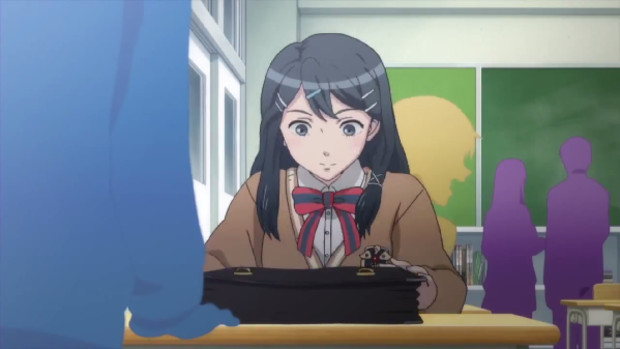 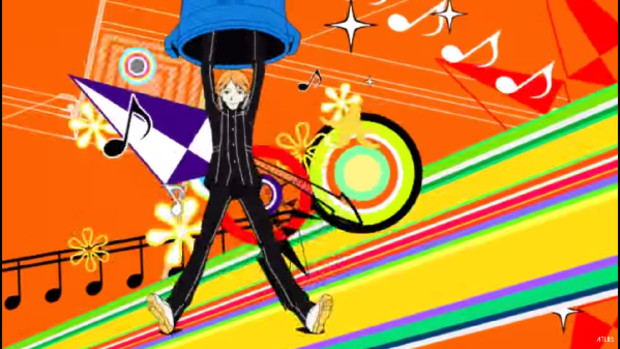 My reaction to this is that this game which initially seemed very niche is in fact Nintendo's attempt to create their own Persona brand. They're trying to get players of their hit Fire Emblem: Awakening and current WiiU console owners to try out the Persona style RPG. I don't think this is intended to be a small, fan service title in the slightest. This is a new Nintendo RPG franchise to be marketed just like Xenoblade Chronicles X.

What do I think of this? How do I think the game looks? After getting over initial excitement, I was a bit taken aback. 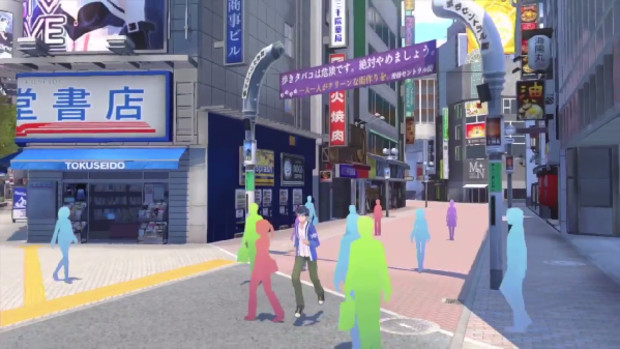 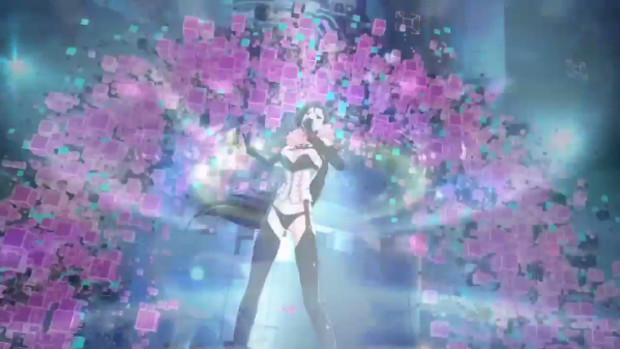 This game sure is skimpy...

First, it's incredibly colorful. Intensely, kaleidoscopically so. It's not just the amount of color, but the choices of which. While the main series SMT games typically use pretty dark and dim colors, while relying on heavy contrast between black and white, SMTxFE uses tons of pastels and is bright and glowing, even at night. 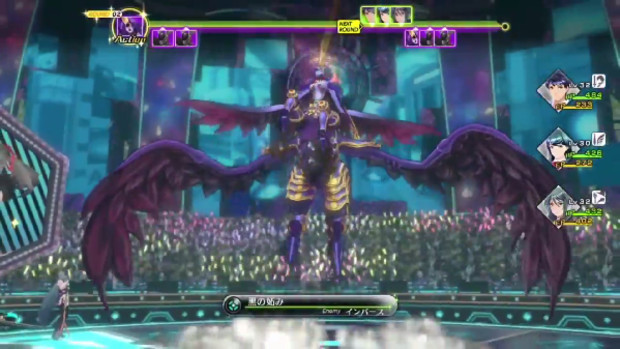 That demon totally has titties! That's my kind of fan service!

Second, it looks MONEY. This isn't something small. There's two styles of anime cutscenes, hints at an open world, extreme and complicated battle moves, and giant landscapes. I certainly wasn't expecting it to be this extensive and robust. 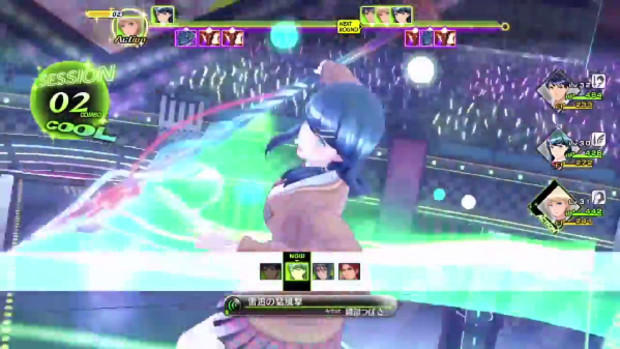 Thirdly, it looks to be far more like a SMT game than a FE game. This is an RPG, thorugh and through, with hubs, dungeons, and a turn based battle system. While still early, it seems like the Fire Emblem influences seem to have been kept mostly to the aesthetics of characters' armor, and the an in-game style that seems to replicate the art from FE: Awakening's cutscenes.

This definitely has me surprised, as I was expecting something much more like the GCN FE series, as a top down SRPG. That certainly would have been cheaper. 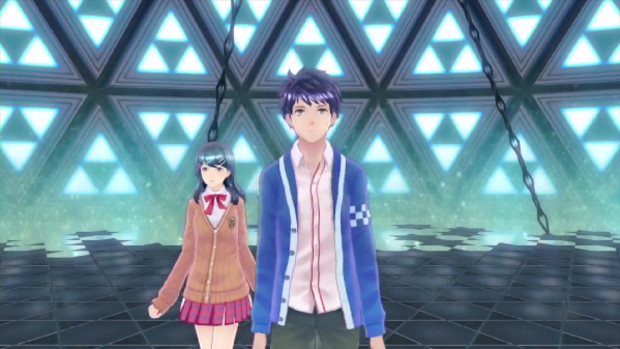 Who are these assholes?!

Fourth, is new! As of now, it looks like the game is intent on being its own thing, rather than something more fan service-y like Persona Q. We see totally new characters as the protagonists of the game, making me wonder if the characters from past SMT and FE games have been shelved, or will simply appear later on as the game integrates into the worlds of SMT and FE. 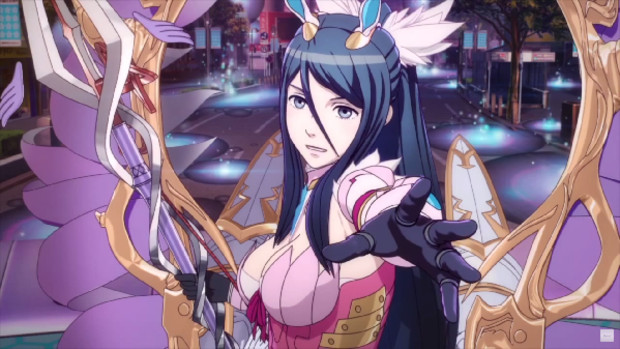 Fifth, is that I feel pretty weird about this. I've had the trailer running on repeat to the left of the blog while I type, so I've seen the trailer quite a few times now. Like I said, it's not what I expected at all, but it's also sort of an inbetween of what I had hoped it could be.

I'm a much bigger fan of the main series SMT games like II, Nocture, Strange Journey, and IV than either FE or any of the SMT spinoffs like Persona. I would love a big SMT game on a console and this game fits the bill as being a big SMT RPG. However, it seems to be another moe high school sim/dungeon crawler, which while I like, definitely brings the Persona games and other titles like the Devil Survivors, down in my eyes. SMTxFE fits far more into the Persona/Devil Survivor group than the main series or Digital Devil Saga. 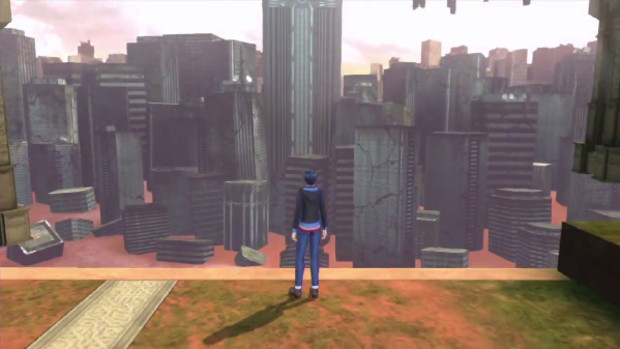 Sixth, the music... This is only one song, and it's not bad... But it is fairly run of the mill, and much more mainstream than I'd like. Both FE and SMT have awesome music, and I really want some more of that. Perhaps it's too early to tell. Anyways, here's some old themes. Check it:

Finally, the title. We didn't actually see that in the trailer, atleast in English. I doubt it will stay the same. Given what this game is as of now, I'm guessing that the title will either be totally changed to be a new series, or the SMTxFE part will be followed by a much more prominent subtitle a la Persona. Something... about FE.... 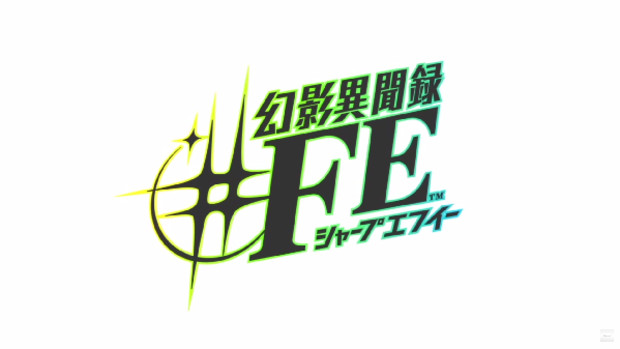 So, while I'm happy to get a big budgeted SMT game on a console, it came with the cost of imitating Atlus' more successful brands like Persona. Anyways, I'm very excited, and can't wait to see more! There's just so much to talk about, so what do you think?