Hello there and welcome to another intense edition of Bundling idiot, the series in which I give some impressions on a new PC game bundle. Apologies for the time between these blogs, but I struggled to find any bundles worth talking about last week. I have a fully written blog saved on my desktop about a really terrible bundle on IndieRoyale, but couldn't imagine anyone caring about the games included!

Today is the big one, Humble Indie Bundle 14! Each Humble Indie Bundle so far has given me hours of fantastic unique games and the 14th is no exception. I'll be focusing in the current beat the average games this time (which are currently at $5.39). Let's begin! 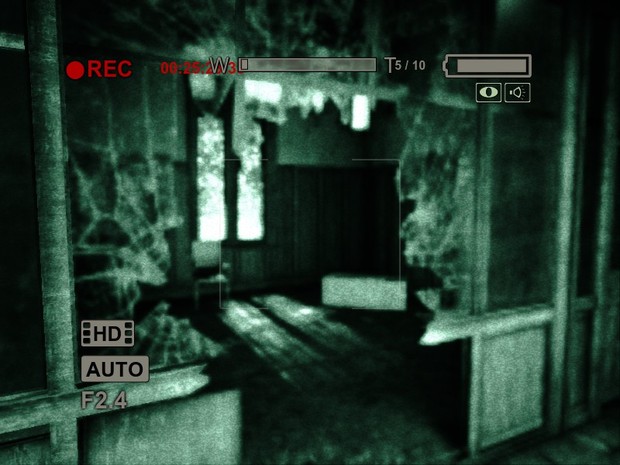 Outlast is a non combat, survival horror game in which you must investigate and escape Mount Massive Asylum. As you may expect the asylum is home to many threats, patient and doctor alike, that are both deadly and terrifying. Fortunately you have one ally in the nightmare that is Outlast: your trusty camcorder! The night vision mode is a lifesaver in the dark abandoned setting and visibility is one of the few ways you can stay ahead of your enemies - as long as you keep stocked up on batteries anyway. My only issue with Outlast is that sometimes finding how to progress through a particularly dangerous section can be frustrating, to the point of losing the fear of the situation. This is a minor complaint of one of my favourite horror games, recommended to all ye brave souls! 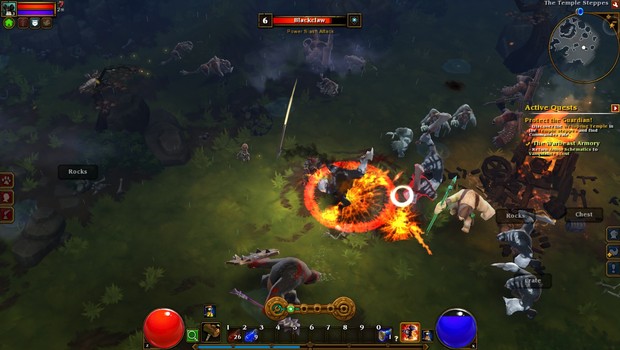 Torchlight II is an action RPG in the same vein as Diablo. You pick one of 4 classes and a cute pet to head out into the world with. The game uses the traditional loop of levelling up and acquiring new loot, and does so in a very compelling manner. Meanwhile the action is varied and fast paced enough to keep attention in between these hooks. As someone who has played a lot of Diablo 2 and 3 I found Torchlight II to be as entertaining as both, whilst the vibrant art style sets it apart visually. 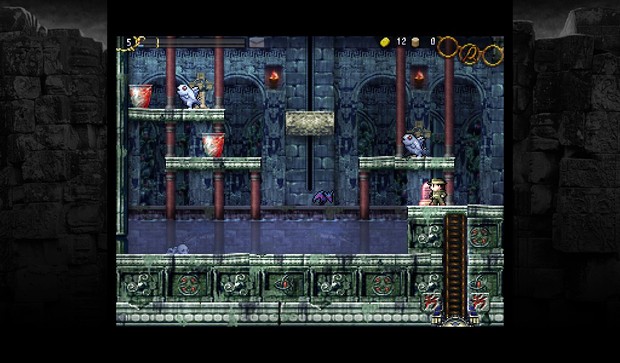 La-Mulana is a 2D platform adventure game, with an emphasise on exploration that requires an impressive investment of time and dedication. As an explorer searching for the Secret Treasure of Life, you must explore the dense ruins of La-Mulana. In the ruins you will discover a great deal of lore and hints to solve the games many puzzles on ancient tablets. The platforming is inspired by Castlevania, utilising a stiff jump with limited mid-air movement and even a whip as your primary weapon. La-Mulana is brilliant in so many ways, but the commitment required to write notes for the complex puzzles and draw maps of the ruins (which are both practically required unless you are following a guide) may prove too much of a barrier to people wanting to experience this masterpiece.

As well as these 3 games, all beat the average customers receive the 3 pay what you want games (and more games which will be added next week!). Pixel Piracy is a 2D open world pirate game which many of my friends are big fans of. Unepic is a 2D platformer set in a real world D&D game that I have had lots of fun with in the past. Super Splatters is a physics puzzle game that looks fabulously colourful and boasts incredible challenge.

Even excluding the games still to be added next week, this bundle is an awesome deal that I would not hesitate to recommend. I can't wait to see what is added next week and will post yet another blog on the games included. Thank you so much for reading and feel free to join me in the comments.

I'm Lyle from Yorkshire England, I've been using destructoid for years now but never got into the blog scene...well here goes nothing! Got into gaming playing a NES when I was 2 and got a SNES for my 3rd Birthday with Mario All Stars. I was fairly strictly Nintendo until I got a PS2 and branched out to everything.

A few all time favourites of mine (not a definitive list but tried to keep things diverse) are Mario 3, Zelda wind waker, Viewtiful Joe, Snowboard Kids and The Binding of Isaac.