I’m friends with a play-tester that works for Nintendo of America. They just finished shooting the Nintendo Direct for this region and he was able to watch the whole thing before they air it tomorrow afternoon. I’m not going to be too specific with the details here because I’d prefer that he kept his job. But I’ll try to give you a general idea of what’s in store for you guys in the Nintendo Direct tomorrow. It's definitely going to be different this time around. 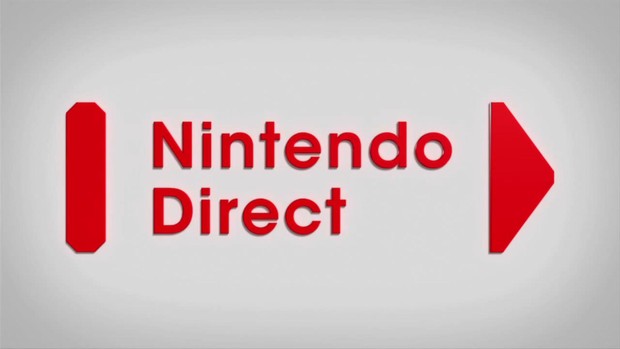 The video will start with Bill Trinen walking into view. Unlike previous videos, you’ll see the whole body as opposed to just the torso up. He’ll be wearing a blue button down shirt, a red neck tie, khaki pants and brown dress shoes. The background is also different this time. Instead of being a simple white background, it’s a dark grey. It has some dirt on it, strangely enough. I guess they couldn’t find a proper green screen for the video and had to make due with some bed sheet.

Bill doesn’t look particularly happy today. In fact actually looks terrified. As he looks at the camera, his eyes look puffier and red, with some tears streaming down his face. “Last year, we introduced the world to amiibo” he says, trying to fight back some more tears. “They were a success. So much so that…we don’t have any more amiibo. You bought all of them. We can’t make any more amiibo. You bought every single one of them in existence!” As he’s explaining this, you start to hear a faint buzzing from somewhere around your desk. “Every amiibo in North America has been purchased. And now…oh god…”

The video is then interrupted by Satoru Iwata. Or rather, Iwata’s head, because that is all you see of him in the video. It’s just an uncomfortable close-up of Iwata’s face, smiling at the camera. He’s humming the 1-1 level tune from Super Mario Bros. This goes on for a solid fifteen minutes. Each time the music loops, there’s another voice joining him. It’s still Iwata’s voice, but it’s off by half a second. The buzzing near your desk starts to get a bit louder.

Halfway through the video, Iwata starts humming the song backwards. Something is fading into his face. Pre-recorded messages from Satoru Iwata say “Please understand” in every language that has ever been conceived. English, French, German, Japanese, Swahili, Inuit, that clicking language African tribes use. Everything. Reggie is talking backwards in the background. As this goes on, the object that’s been fading into his face turns out to be a human skull. It’s laughing at you. And I don’t mean that it’s laughing at the audience. I mean you specifically. It’s staring right into your soul and it’s laughing at you. It's laughing at you for driving out to stores in the middle of the night and waiting in line for the latest Nintendo games. It's laughing at you for going to Wal-Mart at midnight to get a Mario amiibo with gold paint on it. The buzzing sound that you keep hearing intensifies. 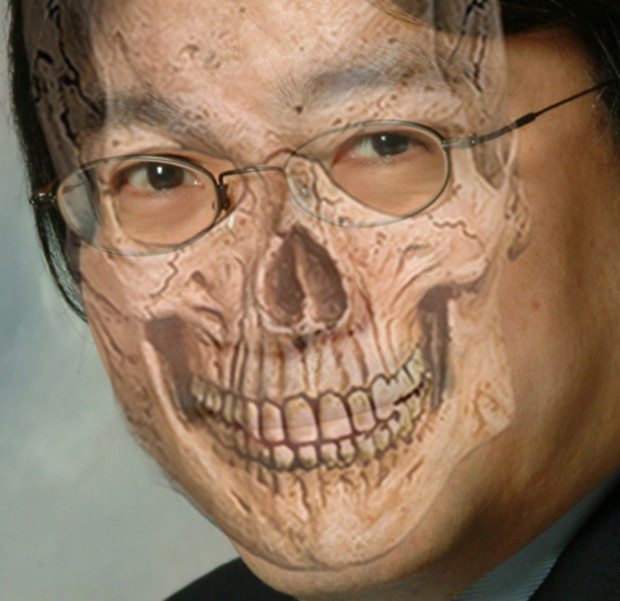 Now it’s almost the end of the Direct. A ‘New Challenger Approaching’ screen appears. Masahiro Sakurai exclaims that he has a very exciting announcement for Smash Bros fans. He asks if you purchased a Smash Bros amiibo. He then asks that if you did, you must grab your favorite amiibo and gather them around you. Sakurai states that he’s about to send your amiibos a very special surprise via visual signals. “Please show us your favorite amiibo…now.” The video shows a Smash Bros logo with a blinking background. At this point, if you had your amiibo close enough to the screen, the NFC chip in the figure would receive the visual signal and start buzzing. It’s the same buzzing from the start of the video, but much louder. All the figures start to shake violently from the intense buzzing until they fall over and break open. As they break open, a small swarm of locusts crawl out of them and start flying around. The bigger figures would obviously have housed more locusts. They start buzzing around the monitor for a minute before they fly right out the window.

Eventually, it gets darker outside. If you look out the window, you'd see a giant cloud of locusts darkening the sky. All of these locusts came from the amiibo that were sold in North America. There are too many to count, but there’s probably billions of them. The keep swarming up until the sun is completely blacked out. The cloud of locusts shifts around and eventually starts to lets sunlight in. The cracks start changing into letters now. There are only two letters in the sky.

The video ends with Reggie saying "Please be excited."