Many, many years ago, a bearded Jewish man was crucified in the Middle East. After a week, he came back to life. His modern day followers remember this miracle by celebrating a long-eared woodland rodent.

As a Christian (Roman Catholic actually) this time of year is one of the most important holidays. I actually go to church on this holiday, to celebrate my savior’s death and subsequent resurrection. The only other time I actually go to church is to celebrate my savior’s birth, which is ironic. I never said I was a good Christian. 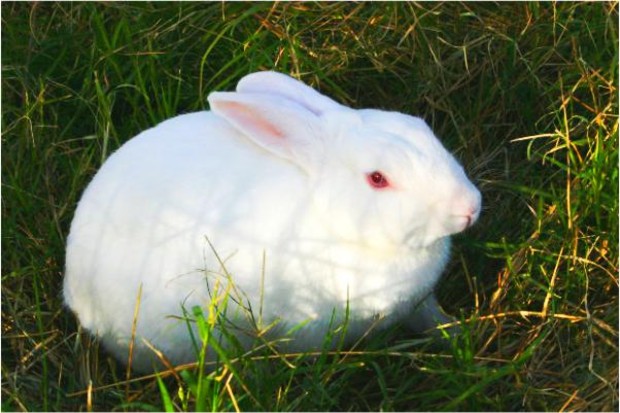 As you have probably gathered by now, I’m speaking about Easter (and Christmas), two holidays ruined by commercialism and the greeting card industry. Christmas is about giving gifts, and the baby Jesus takes the back seat to a fat hirsute man in a red suit, which is okay, I suppose, because you get gifts, which is nice.

What I cannot tolerate is an adult Jesus, who died for my sins, playing second fiddle to a furry rodent known for it’s elongated ears and it’s ability to aggressively procreate.

Quite simply, rabbits, and by extension, their larger cousin, the hare, are evil, with no redeeming qualities, with the exception of making exquisite stews.

Even our ancestors knew that rabbits are horrid creatures. Rabbits were showcased quite often in medieval art performing horrible deeds. 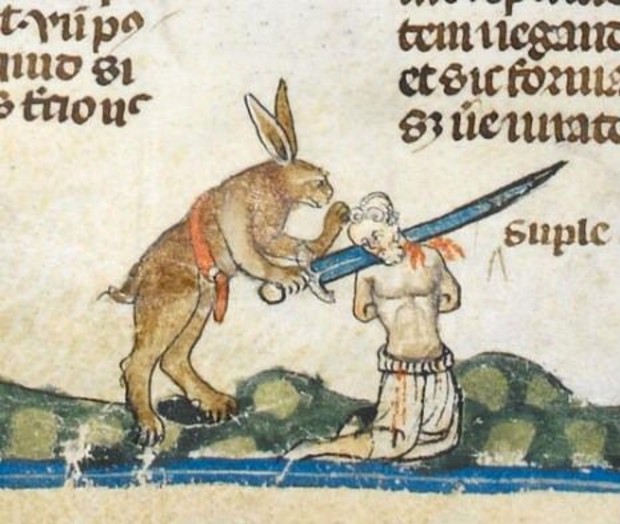 Case and point, did you know that in the Middle Ages giant rabbits carried swords and regularly beheaded people? 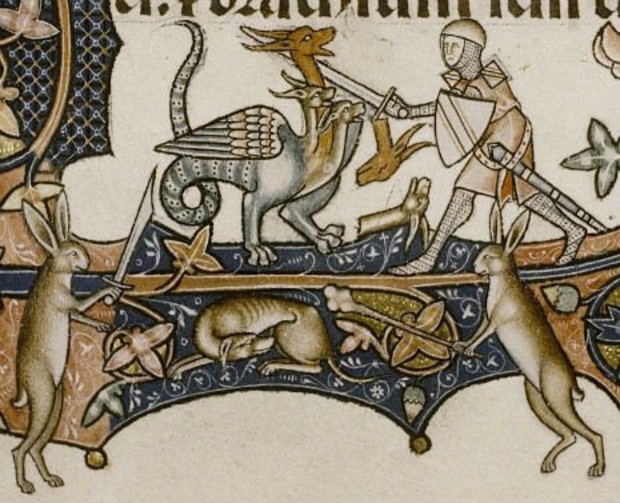 Humans were also forced to fight three-headed beasts for the amusement of our rabbit overlords.

Apparently, it was not unheard of rabbits chasing people up into the trees, where they would be taken down by crossbow totting hares. Also, fair maidens were frequently kidnapped. 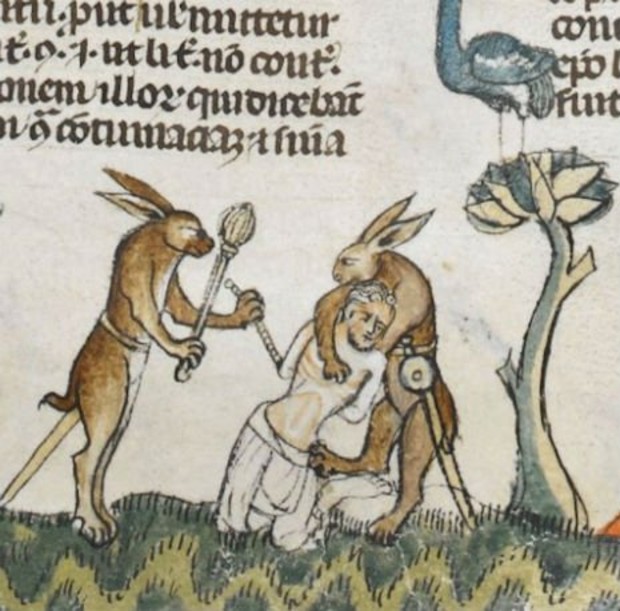 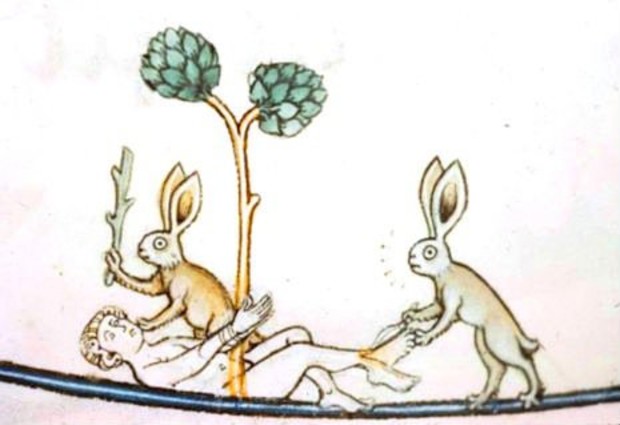 Humans also could not travel, lest they be accosted by gangs of marauding rabbits and bludgeoned to death.

Man’s best friend, the humble dog, did fight a brutal war against the rabbits on our behalf. Here, we see an army of dogs lay siege to a rabbit castle. 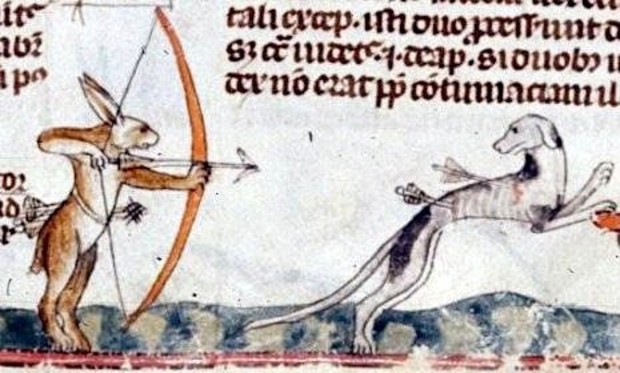 However, the rabbits were too strong, and the dog army was cut down and brutally crushed by rabbit archers. 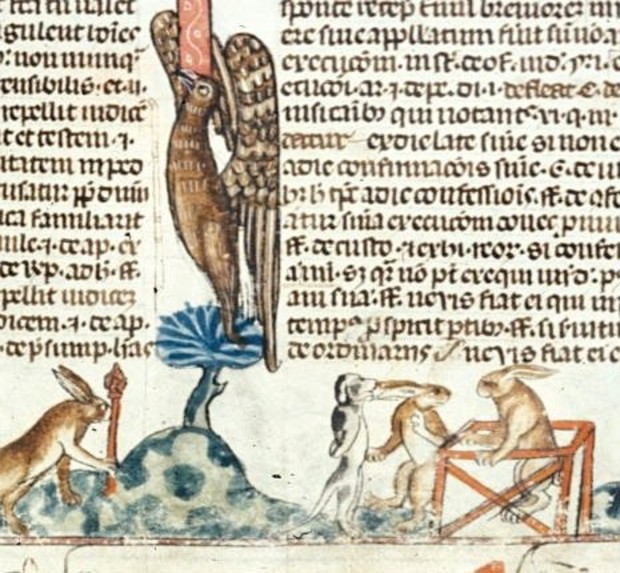 The rabbits showed complete disregard for modern legal practice. This poor dog was tried in an apparent rabbit tribunal. He will not be judged by a jury of his peers. 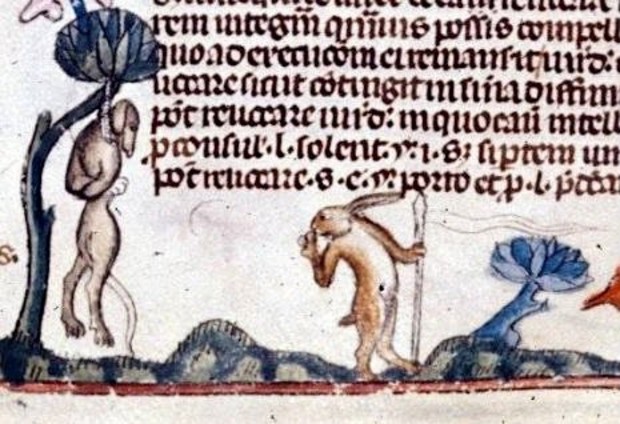 The outcome of the trial was never in doubt.

Why then, do we subjugate our poor children this time of year to the Easter Bunny (if that’s his real name), after all the atrocities that his ancestors performed on mankind? This is unconscionably. 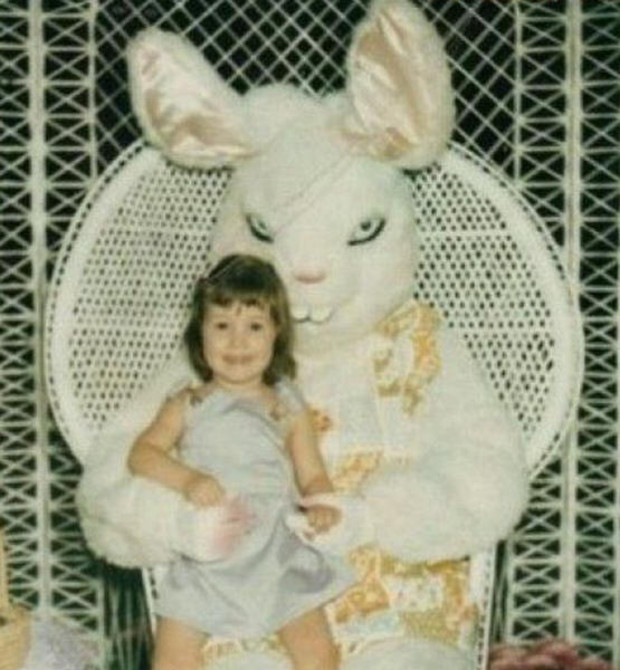 Rabbits have even infiltrated my beloved video games and I’m disgusted by it. They have no place in video games, unless they are playing the antagonist, which is a rarity.

Take Jazz the Jackrabbit for example. He’s the main character of the game that bares his name. However, in an age when character based platformers were cute and merely hopped on their enemies, Jazz saw fit to use high powered firearms against unarmed tortoises and bumble bees.

Or take the Rabbids from various Ubisoft games.  These rabbits simply cause pure chaos while speaking incomprehensible jibberish. They are obviously high on drugs.

If the Rabbids are not on drugs, then Max, from the Sam & Max series definitely is. I’d say he’s on cocaine or speed, as he’s absolutely manic and has no business solving crimes.  As far as I’m concerned, he’s a criminal himself. 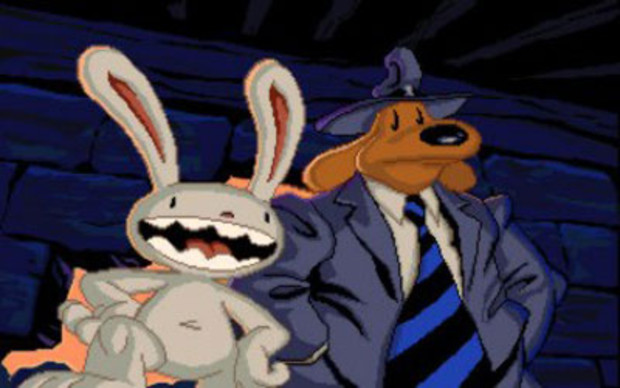 Lastly, Peppy Hare from Star Fox, I’m onto you. You’re kind elderly mentor act is fooling no one. One day you will betray Fox McCloud, I KNOW IT. 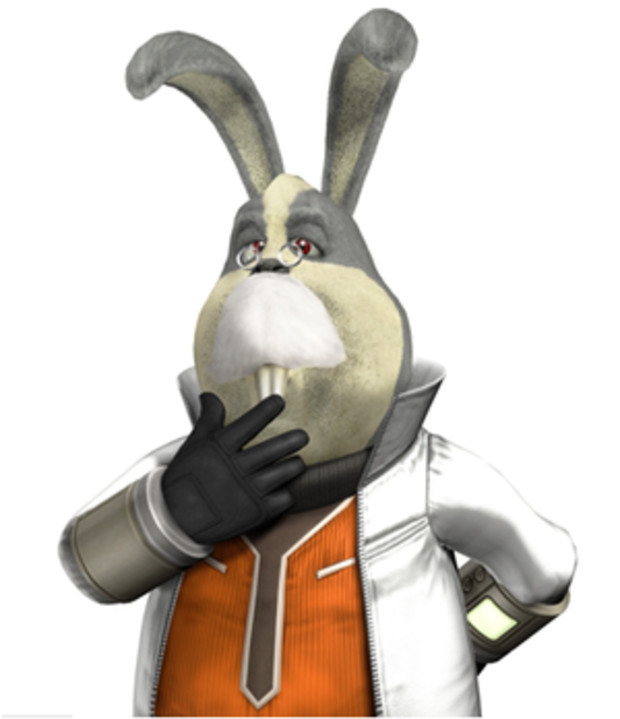 You may be asking if perhaps I’m being too hard on rabbits?  Their atrocities against man took place many years ago. Should I learn to love and forgive them for their transgressions? Some would say that is what Jesus would want; after all, this holiday is about him.

The answer to that is NO. I am a rabbit racist, and I will never forgive them. As far as I’m concerned, the best place for a rabbit, is in the stew pot, prepared in the agrodolce style, as my Sicilian grandmother used to serve for special occasions. 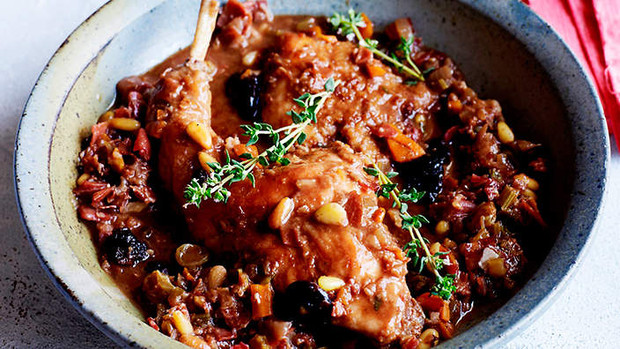