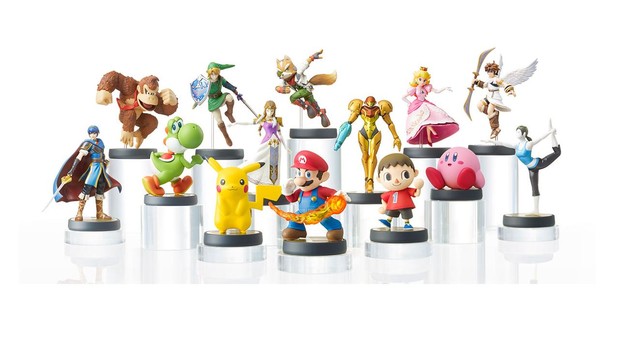 The demand for amiibo have well exceeded the supply. Figures are flying off the shelves, and fans are having a hard time finding the figures they’re looking for. And yet, outside of admiring their design, are the amiibo worth buying to use in your games?

Numerous amiibo supporting games have been released including Mario Kart 8 and Hyrule Warriors, but the unlockable content has been somewhat disappointing in my opinion. Understandable, Nintendo doesn’t want to turn the amiibo into physical DLC packs. At the same time, the amiibo should unlock some truly worthwhile content without alienating gamers who don’t have those figures.

I’ve finally found all the amiibo I’ve been looking for (I have 10, and I don’t want any more). Sadly, they’re piled up in my closet, still in their boxes. How many people have been hunting down rare amiibo such as Rosalina & Luma, Wii Fit Trainer, Marth, or Mega Man? If you’ve been fortunate enough to find them, don’t you want to use them outside of Super Smash Bros for Nintendo 3DS and Wii U, and feel like they were worth buying (at whatever price you paid) to use in a game?

The Smash Bros related features for amiibo are a great start, and actually directly involve the amiibo in the gameplay. The other games mainly use the amiibo to unlock temporary power-ups, or items. I like the idea of unlockable costumes so hopefully we’ll see that in future titles, but the other features don’t sound too exciting.

One of my biggest disappointments was when the Captain Toad: Treasure Tracker amiibo connectivity was announced. The game only uses the upcoming Toad amiibo to unlock a pixel Toad to find. What about the other amiibo? I feel like the game developers could have used select amiibo such as Mario, Rosalina & Luma, Sonic, Pac-Man, and Kirby to unlock specific puzzles based on those series. I would gladly wait for a handful of brand-new puzzles based on other Nintendo (and third-party) franchises. Sadly, we aren’t getting that. Apparently, the other amiibo do give you a small treat, but I’d rather wait until the end of the year for some solid post-game content via amiibo.

I’d like to see interesting unlockables (ex. Ace Combat Assault Horizon Legacy +), playable characters (ex. Code Name: S.T.E.A.M.), and a title that uses the amiibo exclusively (including third-parties figures) like Disney Infinity and Skylanders. I don’t think Nintendo should copy either series, but they do need to prove the amiibo are worth owning for your Wii U and 3DS games, not worth storing in your closet, or only displaying on your shelves. For example, imagine a Nintendo Land sequel with a focus on amiibo rather than mini-games. What if the upcoming Rhythm Heaven for 3DS (exclusively for Japan at the moment), unlocked mini-games for specific amiibo like Sonic, Captain Falcon, and Wii Fit Trainer? The Legend of Zelda and Donkey Kong series already lend themselves to music-based mini-games (ex. Ocarina/DK Bongos). Splatoon could feature costumes or maps based on amiibo. The possibilities are near endless if the Nintendo developers can think of unique ideas. And if third-parties join in like Namco Bandai have, the amiibo could finally impress gamers with their in-game unlocks. All those rare amiibo could have a special use in games other than Smash Bros. And maybe digital titles could start implementing amiibo connectivity. Of course, Nintendo should make sure the 3DS receives as much support with the amiibo as the Wii U, so 3DS owners aren’t alienated. 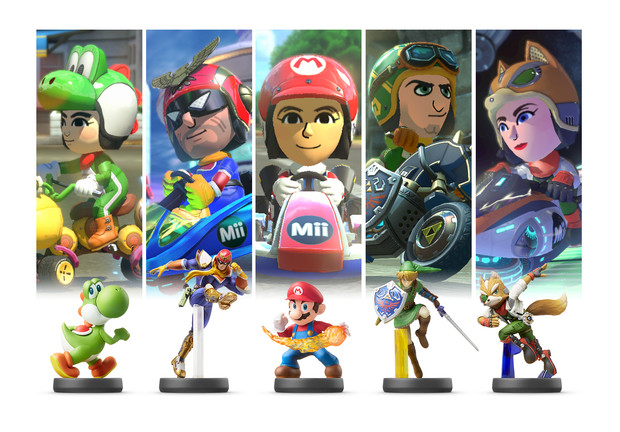 Future plans for the amiibo do include waves separate from the Smash Bros series, amiibo-related cards, and demos of NES and SNES games, so Nintendo has ideas. They just need to fully realize them. The amiibo could unlock side-missions, CPU support, music, vehicles, stages, etc. Character-specific amiibo could unlock content in unrelated games (ex. Kirby amiibo unlocking content in Yoshi’s Woolly World). Many fans have ideas. I read a comment online stating the Samus amiibo should unlock her as a character in Kirby and the Rainbow Curse in her Morph Ball. I thought that was a great idea, and Nintendo could add to that by including a Metroid stage. And why not work with Sega and throw Sonic into the mix so you can play as Sonic in his spinball form?

Nintendo really needs to think outside-the-box with their ideas for amiibo, so gamers with rare amiibo can still use their amiibo in multiple games. Some fans are, understandably, already tired of the amiibo, so Nintendo won’t please everyone. At the same time, the amiibo are obviously a success, so I hope Nintendo just makes the hunt a little more worthwhile. Think of this as the icing on their already delicious cake.