As some of you may have heard, a surprise DLC for Dragon Age: Inquisition just came out today. Some of you may be wondering if DA:I is worth playing in its current state. Consider this to be a cumulative patch report in which I give you my impressions of the current state of the base game (no DLC). I have already covered what was good and what was bad about the original version of the game when it came out last year.

I am running the most current version, i.e. Patch 5. I haven't purchased the DLC yet.

What has been fixed

Tinter – Patch 5 added a wonderful new tool, the armour tinter. This has allowed people to customize costume to their hearts desire. Until now, I had ignored tinting options in all previous games. But the allure is quite strong with DA:I, possibly because armour takes not just the colour but also the texture of each ingredient. [Every tint will cost you a single unit of that ingredient. It's a nice way to award exploration without making it too taxing.]

Here are some examples of what people are doing with the tinter: 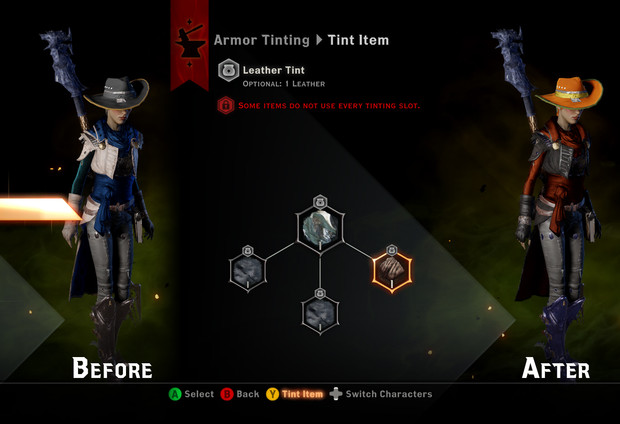 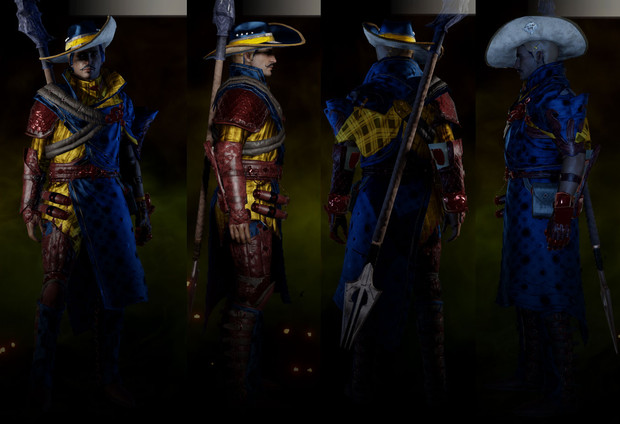 What could have been fixed but hasn't

This is going to sound very arrogant of me (like that time Steve Jobs told you that you weren't holding your iPhones correctly), but there is “correct way” to play DA:I. I use “correct” in the sense of “less frustrating, more rewarding”.

My first playthrough was binged. I was left really dissatisfied by the Hinterlands and all its stupid side quests. The problem was that I was trying to play it like the previous two games, as a completionist. I started my second playthrough between patch 4 and 5. I made a few changes to how I play this game which has resulted in a much more satisfactory experience. Here are my tips:

That's everything for now. If you are thinking of starting another playthrough, or of purchasing the game, it is now a good condition to be played. I also hope you take some of my advice so as to not burn-out or be intimidated by the amount of content.

I may write-up my impressions of the DLC when I get around to playing it. More likely though, I'll wait for a few more DLCs and patches to come out before giving a cumulative review of them all.