How I aquired a lesser known Atlus Gem

Unrelenting Optimism.  That’s how I approached this Avatar Tuner glaring at me as a teenager.  I had gone on an extended field trip, our Science Olympiad team had managed to qualify for state.  My teenage mind’s knowledge of fossils and physics had helped bring a group of twenty nerds to a tournament about passing exams.  Scholarships were on the line, the college threat was looming.  So to ease our young minds on the eve of the event we went to a mall larger than our home town.

My county didn’t have a Walmart.  We didn’t quite understand the still burgeoning creature called Gamestop.  I got most of my games from the flea market or a half hour drive away Sears.  This was a time of dial up internet, when getting a Penny Arcade comic to completely load was a highlight of my connection.  Hidden away in this capital city shopping zone was not one but two gaming specialty stores. While everyone wandered into Hot-Topic, I veered towards these meccas.

I had managed to briefly borrow a copy of Nocturne from a friend, and was immediately enthralled.  The experience bordered on religion for me.  A handful of second hand playstation Final Fantasys and Pokemon were the totality of any role playing game I had ever touched.  When it was finally pried from my screaming hands to become a trade in, I convinced him to let me keep the soundtrack and mini guide that came with it.  The pittance they offered him in credit was placed towards the latest Dynasty Warriors.  I tried to imitate joy as I slew countless soldiers with my spear alongside him, but I was a changed man.  Shin Megami Tensei warped the entire perspective I had for games.  There was a need for depth, for meaning, for questions.  It eventually lead to me reading the likes of Beowulf and Sandman, searching for something I still can’t quite see clearly.  A Japanese Playstation 2 game about fusing demons destroyed the assumption of existence the bible belt had built for me.  As you can probably tell, I’m a fucking huge fan.

So I had splintered off from my chaperone, meandered into one of these stores, and browsed the various sections.  I had originally been looking for something new to jam into my gameboy, when in an effort to shift my Leon S. Kennedy style bangs, it caught my eye.  Digital Devil Saga.  Shiny and new and sitting within reach, the art style was recognized, the Atlus logo raced through my mind searching for a home.  It couldn't have been, more of what Nocturne offered.  In excitement I got all the way to the counter before noticing the death sentence, a fifty dollar price tag.  I had been given sixty for food and entertainment across this venture, a small fortune my grandmother had shoved into my hand.  I was here, a few hundred miles from home to compete for college acceptance, maybe I had earned it.  The three twenties wrinkling, loose in my walletless pocket.  My stomach reminded me just how long three days was, that the hotel we were staying at didn’t have a complimentary breakfast.  The food court lo mein wafting through the fans caught the better of me.  I placed the game back, apologized to the clerk, and left vowing to get the game as soon as I could.

We slept on itchy sheets, the cable programming bleeding through the walls.  My headboard seemed to vibrate with the sound of a Gunsmoke marathon from next door.  Most of the long night was spent trying to not think about the game I couldn't afford. In distraction, I poured myself into cheat sheets and a worn copy of fossils for dummies by the light of a GBA.  I had no interest in dino bones outside of enjoying Jurassic Park but I was going to be damned if I didn’t try to win.  The model trebuchet my team had built sat in the corner, ready to fling the tennis ball it was loaded with.  Tomorrow was a big day, thousands of students trying to prove who had read the most.  I dreamed of demons and retractable blades coming out of my forearms.

The morning came, as we were shuttled to the campus we were so desperately trying to attend.  I hadn’t given up hope on saving towards the game, so I charmed a classmate into sharing half her muffin, and a pilfered Rockstar from a newsstand.  They had just started manufacturing the orange flavor, the veritable breakfast of champions.  Jolted from more caffeine than any child should ever hope to ingest, I attended the various events.  My afternoon was left with a massive hole, a round of free time until the awards ceremony.  After a long walk around the university I found a quiet patch of shade on soft grass, and passed out.  The sun had all but disappeared in my slumber, I was kicked in the ribs by the muffin sharer, the group had been looking for me for hours.  We arrived slightly late to the awards ceremony, where amongst forty some odd schools and fifty events, the best we did was an eighth place placard.  Our model tennis ball slinger had managed to impress just enough to be noted, but not enough to warrant scholarships.  We left hoping for next year to be better, at least we had made it to the state level of competition.

Dinner time came, with the teachers allowing a democratic process.  I made a brief campaign to return to the mall, but was outvoted, in favor of an Arbys.  Not all hope was lost, the sandwich shop happened to be across from a Blockbuster.  The stoned employee had no clue of the game I was in search of, he “had like never heard of it, man.” Of course it wouldn't be here, this wasn’t the kind of game you rent (with no intention to return, RIP BB).  I snuck back onto the bus and scarfed down the remainder of the muffin sharer’s fries.  She later made it clear that her multiple food offerings were more affection than pity, and that evening bus ride managed to divert my attention from devils, at least for a little while.  She does something with dolphins now.

Sunday morning, picked up by my consoling mother.  I guess I appeared more distraught than I realized, as she comforted me that winning the medal wasn’t everything.  In truth my mind was far away, plotting how to get to the nearest store.  There was forty eight dollars left in my pocket, and with a rifling through the laundry and couches I had amassed enough coin to cover the rest of the bill.  I managed to convince my still Dynasty Warriors playing neighbor that he needed a new game, and he managed to convince his mother she needed to go to the bigger grocery store thirty miles away.  We latched on to the car ride, gleeful to pick up our new toys.  With luck the adjacent Gamestop I would later manage, and daydream about burning to the ground, happened to have one last copy of Digital Devil.  The normal rule of refusing the gutted case would have to be ignored, and after what seemed like an eternity of reading and rereading the booklet, his mother finished her food acquisition and signed off on my mature rated purchase.

I rudely lept from the still moving car as we passed my house.  I didn’t want to share the experience with the same person that deprived me of Nocturne weeks earlier.  I shouted something about not feeling well, and ran inside to play my game.  Later I managed to push the sick card just like Ferris Buellertought me, and got Monday off to recover from my adventurous weekend.

Digital Devil Saga is a storm that I haven’t experienced since.  Even the sequel, while still good, didn't quite reach the same magnitude of events.  Something like the Buddhacarita meets Ghost in the Shell.  From beginning to end it bathes the player in blood, and philosophy.  Characters fight, argue, and truly evolve.  The writing bares on anime tropes but still manages to find meaning.  It is a world of quite literally eat or be eaten, that wholefully questions if it is worth living as a predator.  Pride, lust, envy, jealousy, greed, the Devil title grows to mean nothing about the monsters the protagonists turn into, but rather the creature that man is.  The demons are at least predictable, they’re driven solely by hunger, but the humans are filled with the worst parts our world has to offer.

The classic turn based gameplay is methodic and repetitive, but every other aspect holds true to this day.  Boss Fights and Dungeon designs are consistently challenging but fair.  Graphically DDS manages to stylize its way into look like it could belong on the Vita, and the soundtrack is dripping with Bollywood inspired guitar riffs and electronic beats.  The deep story and attempt to tackle topics like religion, dictatorships, and love, place it alongside the likes of Final Fantasy VI and The Last of Us.  Jenna Angel deserves to sit with Sephiroth at the big villains table.  For ten dollars on the PSN you couldn't beg for a better story.

It is with great pleasure that my new station in life allows me to afford the occasional game that catches my eye.  Unfortunately as I age, treasured experiences like I’ve had with the Atlus titles are fewer and farther between.  Here is hoping Persona 5 holds a candle to its forefathers, the world could sure use more virtual stories worth digging for change in the cushions over. 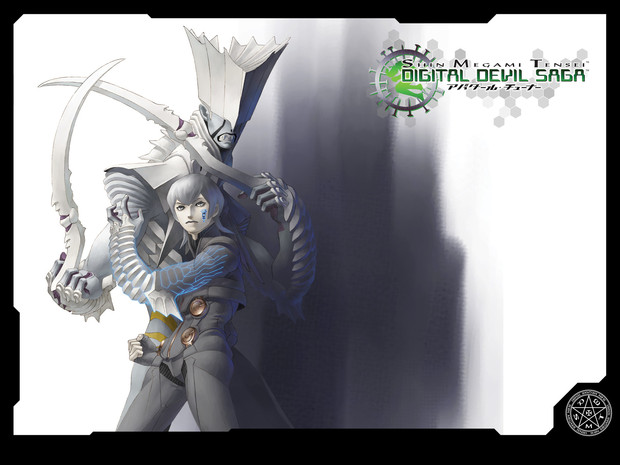 Until then I’m off to go finish my replay.  All this reminiscing has made the nostalgia itch too hard.