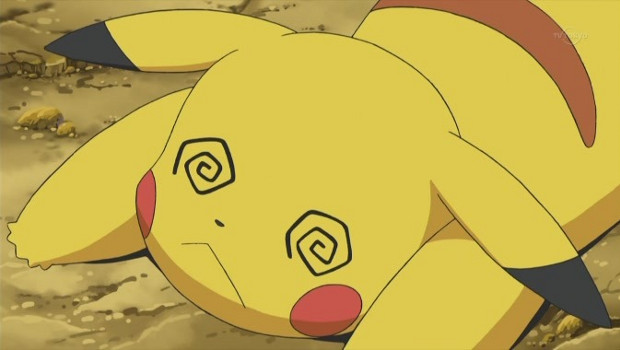 I’m 70 hours into Monster Hunter 4 Ultimate, and the game has firmly sunk its hooks, claws, fangs, and Seltas horns into me. After failing to make it past the steep learning curve in the series’ previous entry – calling it quits the first time I went head-to-head with Monster Hunter 3 Ultimate’s unwieldy underwater controls – the franchise’s addictive loop of slaying progressively more challenging monsters and crafting progressively more kickass armor and weapons has finally clicked into place.

And yet, I can’t help but feel a little guilty over how much I’ve fallen for Monster Hunter. Up until now, the only monster-based game that’s held a place in my heart has been Pokémon. I’ve spent 16 years conquering leagues and filling up my Pokédex in every region from Kanto to Kalos. Hundreds of hours have been dedicated to my singular pursuit of becoming the very best. Before they just gave everything out over the Internet, I once drove 45 minutes to the nearest Toys R’ Us to download an Arceus, because that’s the sacrifice I’m willing to make for Pokémon God.

But Monster Hunter is well on its way to passing Pokémon Y as my most-played 3DS game, and I’m beginning to come to a terrible realization:

I like being a Monster Hunter way more than being a Pokémon trainer. 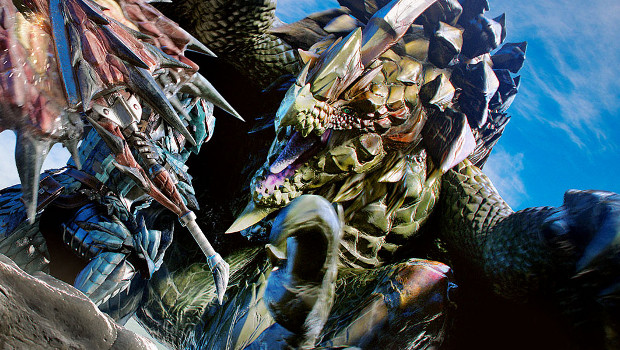 Now, there are a few things to parse in such a serious statement. First, comparing Monster Hunter to Pokémon is an absolute apples-to-oranges situation. One is an action-oriented, tough-as-nails title that has more in common with Dark Souls-style boss gauntlets than traditional RPGs. The other is a classic turn-based affair geared more toward children than the adults who take it way too seriously. But both stem from the same basic setup of striking out and forging your own path to domination over a menagerie of exotic creatures, and both are founded on addictive mechanics meant to consume a considerable portion of your life, so I think the comparison is fair.

There’s also the possibility that this is the kind of fleeting obsession with some shiny new thing that threatens every long-term commitment at one point or another. Thus far, my time with Monster Hunter has been a few sleepless nights spent tackling Tetsucabras for their sweet, sweet armor parts. Meanwhile, my time with the Pokémon franchise is a stone foundation upon which a house of good memories is built. From the monochrome halcyon days of Pokémon Blue to my countless attempts to beat all the Frontier Brains in Emerald and Platinum to the pure joy I felt the first time I saw a Magikarp flopping around in full 3D in Y. You just don’t leave the level 100 Milotic you’ve transferred over four different generations of games for some flash-in-the-pan affair.

But the more I think about it, the more I find myself preferring Monster Hunter‘s set of charms over Pokémon’s staid traditions. For years, I’ve adhered to the belief that the only proper way to engage in battles with exotic and dangerous creatures is through strict, league-regulated turn-based combat. Sure, you can save the world by fighting a time-rending space dragon here and there, but success in Pokémon is primarily measured by going through the motions of beating up on 12 chumps too stupid to realize they’re allowed to use different types of Pokémon, and then facing the one guy/girl/Lady Gaga-wannabe who has figured out they can field more than one type on their team. 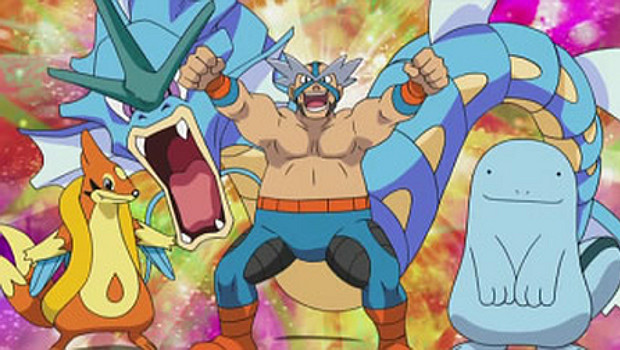 The challenges in Monster Hunter are far less rigorously structured. Like the fearsome beasts you’re constantly rodeo riding, success in Monster Hunter is a wild and unruly thing. The game may never stray far from its slay-loot-craft format, but every new encounter is a terrifying and dangerous experience, throwing you against a blubber-bloated ice shark tearing through a frozen tundra one moment, to a desert ship battle with a city-sized sand lizard the next, to fights with dragon after dragon after dragon. So many dragons. The first time I brought down the Shagaru Magala – out of potions and clinging to the last scrap of my health, felling the golden menace by bringing my sword crashing down upon its head as bursts of concentrated Frenzy exploded around me – was more dynamic and exciting than anything I’ve ever achieved in my years as a Pokémon trainer.

Which brings me to the key differentiator between the two series – the difficulty. As already mentioned, Pokémon games are primarily meant for kids, so they’re not designed with any real challenge in mind. But the cutesy exterior hides such a rich and complex battle system that it’s a massive waste for each iteration to spend 40 hours hand holding players through a laughably easy campaign before presenting them with anything that will even remotely test their mettle. When it came time to be inducted into the Hall of Fame in Alpha Sapphire, there was no sense of accomplishment, because I had breezed through the whole game with a single overpowered shiny Metagross. Sure, I can take extra steps to make Pokémon harder, but I shouldn’t have to find ways to turn the game into an unbearable grind just to wring some challenge out of it.

Monster Hunter, on the other hand, is naturally rewarding. The single player component is a trial-by-fire series of fights designed to knock you on your ass, so that it’s intensely satisfying every time you’ve snatched victory from the jaws of a lightning-charged wyvern. Gameplay is composed of the tried-and-true tenants of pattern recognition and reflex tests, mechanics that have made blister-fingered warriors out of gamers since the days of Mega Man and Punch-Out!! Throw in variables like harsh weather conditions, frenzied monsters, and constantly shifting terrain, and you have a title that’s constantly keeping you on your toes. 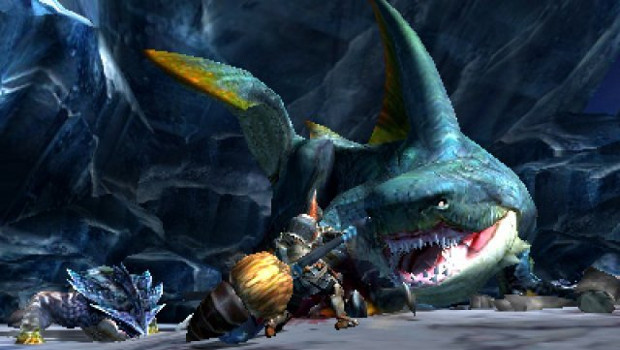 Even though it’s far less action-oriented, Pokémon has all the necessary ingredients to be just as thrilling. Anyone who’s thrown down against an equally matched human opponent knows Pokémon resembles a multilayered game of elemental chess at its very best, but the series continues to squander its assets on overly simplistic gym battles and one-sided fights against the world’s most inept criminal organizations.

While Monster Hunter’s core experience is primarily what has me throwing down my Pokédex, some of its more perfunctory aspects have also won me over. A hunter’s victory swag is about a billion times better than a trainer’s. Crafting intricate armor and weapons out of the skin of your enemies is barbaric, sure, but it’s also a way more awesome indicator of your triumphs than Pokémon’s underwhelming badge system. Lashing immensely powerful creatures to your will and using them to climb the ladder of a professional fighting league isn’t worth it when all you have to show for your efforts are the same things boy scouts get when they learn how to tie a fisherman’s knot.

And then there are the games’ varying philosophies when it comes to fan service. Monster Hunter 4 Ultimate’s scheduled buttload of free DLC promises exclusive outfits, quests, nostalgic shout-outs to past titles, and the opportunity for players to hunt while dressed as Nintendo favorites like Link or Samus Aran. Comparatively, Pokémon can’t be bothered to recreate Emerald’s Battle Frontier in the Ruby and Sapphire remakes, leaving out Generation III’s greatest addition to the series in favor of copy and pasting X and Y’s Battle Maison and including a few infuriatingly coy “Coming soon!” signs. 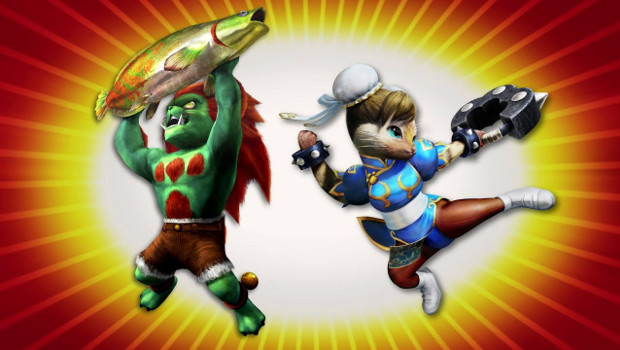 Perhaps most shockingly, I’ve even found Monster Hunter’s approach to multiplayer to be more engrossing. Pokémon sells itself on how it connects you with other players, but the game’s social features have always struck me as purely mercenary. You can either fight your fellow trainers or trade with them. That’s not unifying so much as it’s using others to satisfy your own nefarious agenda. Look no further than the Wonder Trade system to witness the full extent of human selfishness. The ability to randomly swap Pokémon has resulted in a sea of unwanted Zigzagoons and Zubats abandoned in the slim hope that they’ll be exchanged for something better.

Monster Hunter’s emphasis on teaming players up against a common enemy is a far more enriching take on multiplayer. Instead of figuring out how to best take advantage of your hunter compatriots, you’re all united by the common goal of taking down some big, bad mamma jamma together. While combining that level of cooperation with a system that lets you easily join up with a bunch of strangers is usually a recipe for disaster, Monster Hunter 4 Ultimate has been some of the most fun I’ve ever had playing with people online. There’s very little room for the usual anonymous asshattery, and I’ve found the legion of players going by One Piece or Naruto-based handles to be nothing but friendly. Slaying stuff is so much better when you have someone to fist pump with afterward. 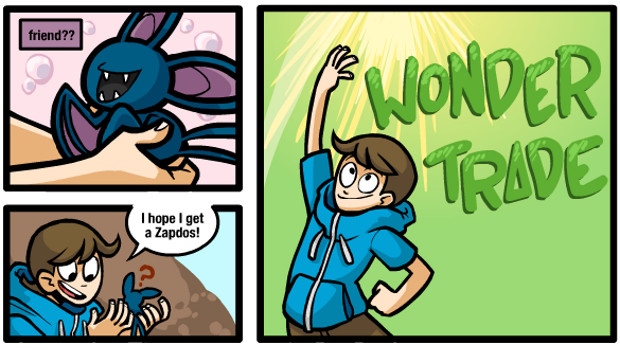 Of course, Monster Hunter isn’t without its own set of faults. The game demands time and commitment at its most basic level, whereas digging into Pokémon’s more advanced world of EV training and IV breeding is entirely optional. Its camera woes are slightly mitigated by the ability to lock onto bigger enemies, but the targeting system can still present as much of a struggle as the fight themselves. And no amount of helpful tutorials can keep the action from sometimes descending down a rabbit hole of incomprehensible menus.

But ultimately, if for some incomprehensible reason I was forced to choose only one monster-centric series to spend the rest of my life with, I think my loyalty may firmly lie with Monster Hunter. It seems like sacrilege to think it, but it might finally be time for me to hang up my hat in favor of a helmet fashioned out of a dragon’s skull. Monster Hunter's unforgiving allure has shown me a beautiful new way to pulverize fantastical virtual critters, and by the time the next generation of Pokémon inevitably rolls around, I might still be too busy harvesting parts for cat outfits to care.