A Detective's Tale: Why The Inquisitor is better than L.A. Noire

#PROCJAM 2014 was one of many game jams that took place last year. The idea of a game jam is to challenge people to make a short game abiding to a given theme, a strict timeline forcing them to produce, as best as they can, a (often raw, unpolished) nugget of potential. Procedural Generation Jam found it’s niche among game jams last November by asking developers to either make a tool that helps game developers generate stuff, or to make a game with procedural generation within them. The Inquisitor fell into the latter category, and has you solving a procedurally generated whodunit, collecting evidence, hearing testimonies, and putting it all together to find the murderer, their weapon, and their motive. The obvious comparison is with the series of homicide cases in L.A. Noire, a crime thriller set against the backdrop of 1940s Los Angeles. While the latter is clearly more polished, a glossy blockbuster published by Rockstar, The Inquisitor still outshines it by having that nugget of inventive gameplay, ultimately making you feel like more of a self-thinking detective. 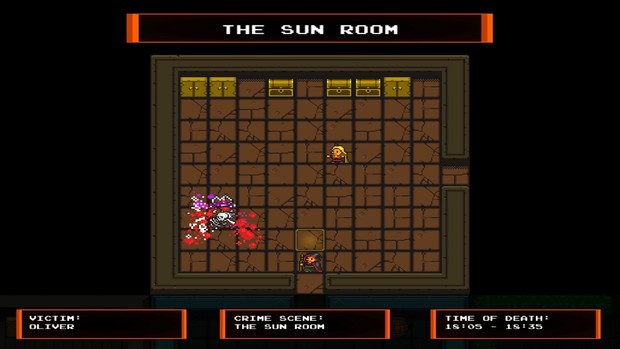 The Inquisitor puts you in a top-down series of randomly generated tile-based rooms with several randomly generated characters who, upon prompting, will provide their alibi, who might have motive, and if they have seen anything suspicious. Gathering information and making sense of it forms the bulk of the game. As the game suggests you do in the start screen, taking notes becomes instrumental, allowing you to understand the moving parts and piece together the story of the crime and the relationships between characters. L.A. Noire, on the other hand, because it is a highly refined blockbuster, couldn’t take the risk of letting the player do that mental work himself, instead spoon feeding him in order to have the experience as smooth as possible, without any resistance. In L.A. Noire, the player drives to the crime scene, picks up and manipulates objects until it ‘clicks’, drives to persons of interest or locations of interest, and continues along the line intricately designed for him.

Any mental energy on the player’s part is reserved for those interviews and interrogations, where the player decides whether the interviewee is telling the truth or lying. A certain degree of perception is required, in reading the tone and expression of those under questioning from player-character Cole Phelps, and a level of awareness is necessary in linking a lie to evidence that has been collected, if a link can be made. Clearly this was the focus of the game, as suggested by the millions of dollars put into MotionScan, the game’s technology that was used to record actors and make characters life-like and believable. Furthermore, as this innovative technology was at the helm of the marketing of L.A. Noire, it is safe to say that reading people was the core part of the gameplay. Team Bondi are effectively making a statement that the most important facet of recreating a detective story is the process of interviewing people and detecting whether they are lying or telling the truth. Any other elements of the game (chase sequences, shootouts, sparring) are supplemental, and investigating a crime scene is simply what provides the context for those interviews. All those other elements have been done before; the innovation of the gameplay are those interviews, and as such, is clearly the focus of the game.

However, L.A. Noire seems to miss the point that The Inquisitor so perfectly captures. This little game made in 7 days understands that the most fun part of being a detective is having a lucid understanding of the crime, and by giving you no help, it forces you to make the connections yourself. While there is a novelty in knowing that your story is personal to you, that uniqueness also means there is no right way to solve the murder, allowing you to tackle it in any order and in any way you wish to. Actually writing down all the alibis given to you, deciding which is the real truth, and constructing your own very specific timeline is so much more rewarding than the game simply doing it for you, as L.A. Noire does. 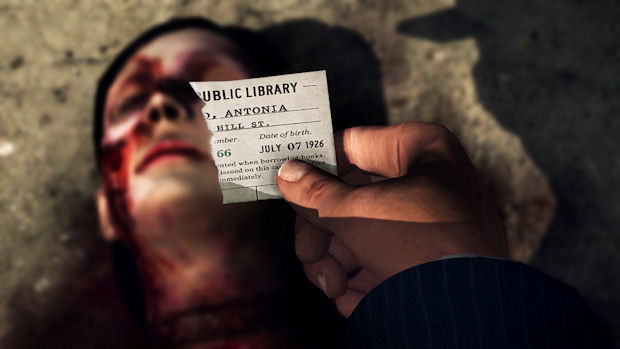 Granted, a timeline of events does exist in L.A. Noire, Phelps creating an account of movements of the victim (e.g. Theresa Taraldsen going from a party to a bar to a dance club to riding a bus back home), but we don’t ever put it together ourselves. The game just does it for us, and that timeline is often confined to the narrative of the case, rather than the gameplay of solving it; it is rarely pertinent information to know, and when it is, it’s merely the broad strokes. To accuse Hugo Moller of lying about being at home the night of his wife’s murder, for example, we must use evidence from his daughter that revealed no one picked up the home phone at night. As such, it doesn’t make the timeline of events as important as The Inquisitor does, leaving it vague and largely for narrative purposes.

Of course, that L.A. Noire is realistic means timelines will be vague, unlike The Inquisitor’s unrealistically precise alibis that characters give you. Yet that lack of realism in The Inquisitor leads directly to an enjoyable and effective gameplay system. The fact that L.A. Noire is a realistic game set in a realistic world also means that locations of interest that you investigate become abstract places, their spatial connection lost in sequences of driving through the traffic of 1940s Los Angeles. The Inquisitor, however, by taking place in one house or mansion, encourages an understanding of these locations by having the movement of characters between rooms instrumental in solving the case. Even if they are random names like the Misty Room, the Dank Cellar and the Queen’s Garden, their spatial relationship with each other, as made important by the gameplay, fosters a greater sense of being a detective and solving a case yourself. 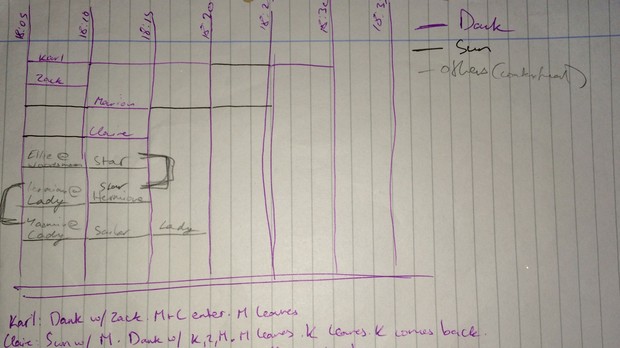 Of course, L.A. Noire has an incredible tale to tell, and oozes with the moody atmosphere of a corrupt and drunk city in the Golden Age of Hollywood; it has brilliant characters, more than one thrilling conspiracy that is beautifully revealed, and is (sometimes) a delight to play. Yet due to it’s heavily scripted nature, it often feels like we are watching a TV show, doing the menial tasks of driving, shooting and chasing, rarely actually doing the detective work that so occupies our fantasies. What we are left to do that is meaningful are those interview sequences; yet still, they are only one component of the whole. The Inquisitor, despite being bare-bones in many regards, by focusing on the cerebral process of organising evidence and connecting all the dots, allows us to fully be a part of the ‘whole’ of that investigation. By letting us understand the significance of the evidence, unravel inter-character relationships, and construct a timeline of events, it lets us play detective, not just play out the components of Cole Phelps’ investigation.