So I was going to have everyone listed as a pony for my top 9 but I figured that would annoy people so I decided to change it up a bit. Instead everyone just gets a random groove to go along with them as my music playlist plays. It doesn't have anything to do with anyone but I figured it would be a fun little thing to do. I won't be listing any staff members because how can you compete with the likes of Occams, Andy, Holmes, Chris Carter, Mike, and a whole slew of amazing staff members including Papa Niero of course. I'm going to list a couple of honorable mentions a little bit differntly as we go along too so they get some mention. I should also mention that where you are on the list doesn't matter. I love all of you so it's just there because it has to. 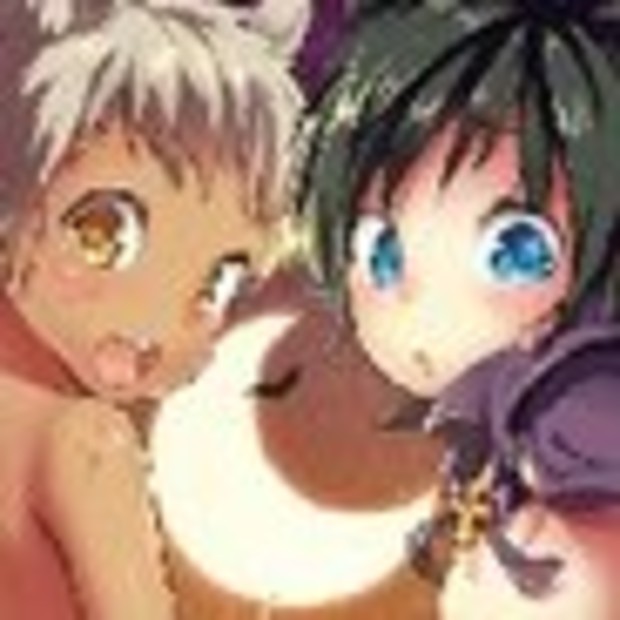 That's right. I actually have Never Gonna Give You Up in my iTunes list. Bought it and everything.

Anyways, I've only just gotten to know Dante recently actually (I'm not sure if he's new or I've just never noticed him, either is possible due to the fact I can be pretty damned oblivious on occasion.) Either way he's a pretty decent guy, I don't always agree with him on everything to be honest (Bayonetta waves hello) but he's honestly a pretty decent fellow and that's good enough for me, although on occasion he does make me uncomfortable (as I'm sure I do as well) but he's a damned good person. 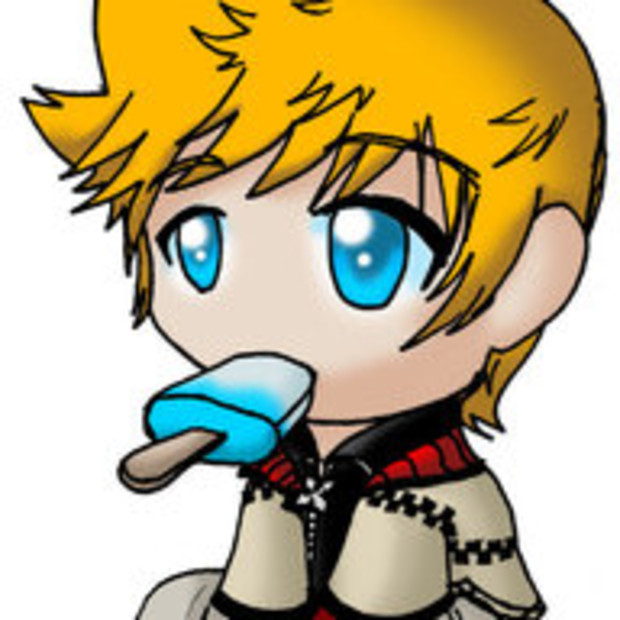 Now honestly I could write a seperate slot for these two because I like both of them a lot. But you just can't split up Chris Carter's children like that! That would be unethical.

As many have said Dream is honestly a fun guy just to talk to in the first place, he's nice, witty and he helps out the community quite a fair amount. When you need someone to talk to he'll listen and his mind is pretty open and willing to talk about anything which is pretty cool. His blogs are great and he puts a lot of thought into each one that he writes.

Gajknight's also a pretty decent guy Kingdom Hearts fan and all (I kid, I kid) he's honestly also pretty open and willing to talk and also gives some pretty great anime suggestions. He's a guy that's just fun to talk with and hope I get to talk to him more, don't always get that opportunity. 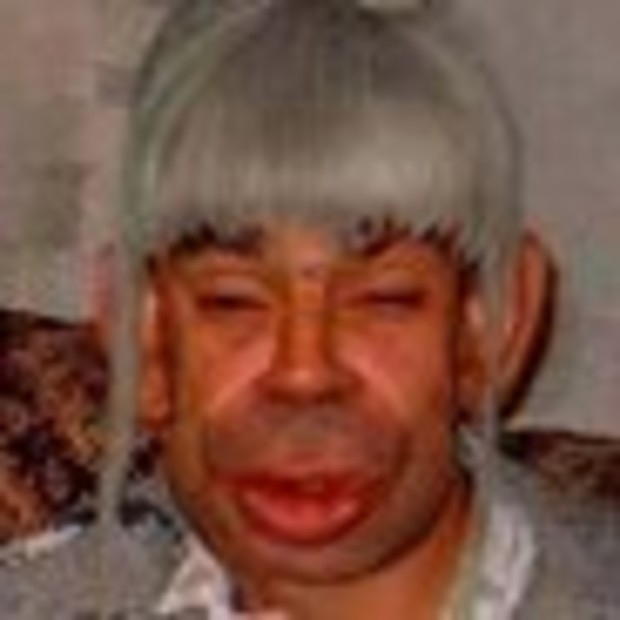 Calty's one that I haven't talked with much myself, but his blogs are in particular really quite great to read when he does them and really fun, I've also seen his comments around and he's pretty funny there too. 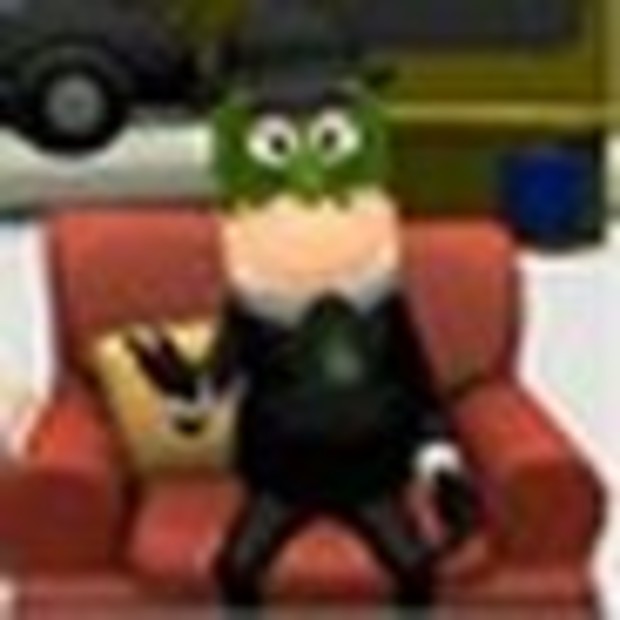 This is one I actually expect a few people to raise an eyebrow over but no really. I like Kodu. The way he writes his blogs spelling mistakes and all really speak to me and he seems to for the most part check his research before he posts. He tries to find information for anything that he posts rather than only slinging shit. The way he presents his blogs for the most part I tend to agree with even though I'm staying out of that whole deal he presents on. I also think that he actually gets a little bit of a hard time from everyone but that overall he's a pretty decent guy.

It's About to Get Gay In Here 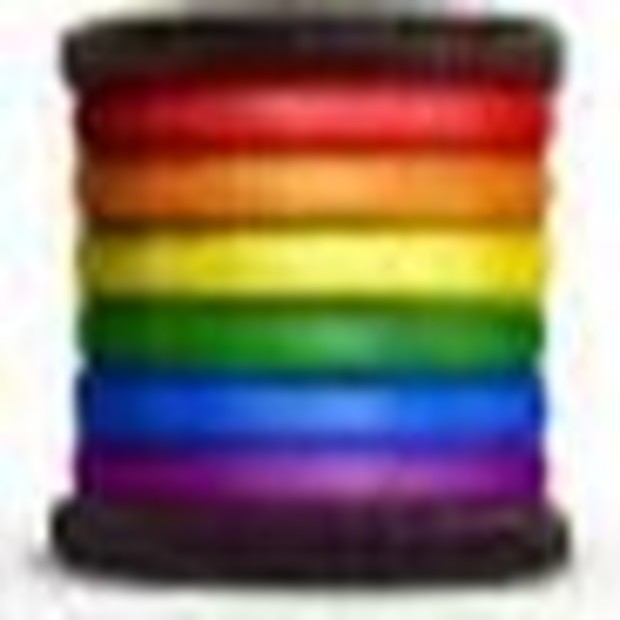 Ah IATGGIH. How we all love your delightful satire blogs, with just a spark of truth to them but with a whole lot of fun in them too. But more than that your comments seem to be pretty truthful as well, I've had a few interactions with him and he's a pretty decent guy. Wouldn't mind getting to know him more which seems like a pretty common theme. 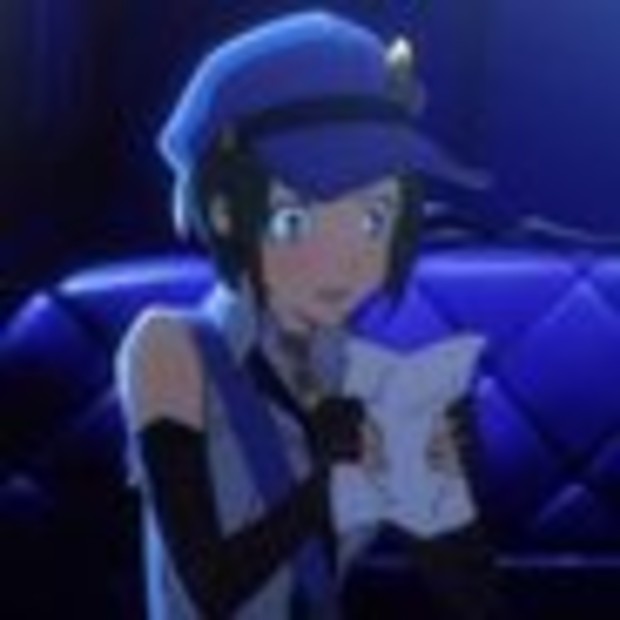 (Picture is outdated as of 20 seconds ago)

Ah Nekro. I think I'd talked to you before the infamous Nekrosys's sexy harem but since then I've seemed to talk to you more and more about various things. Haven't actually brought up the post apocolypic Harem in a while but is the way jokes go on occasion. Discussing America's and Australlia's stupid ratings for games, movies anything for completely different reasons Australlia being to strict America not enforcing it nearly enough. Talks of anime, games pretty much anything that catches our fancy, you helped out a lot during when I worked overnights and had no one to talk to since I was by myself so I do appreciate that a lot. You got me into Panty and Stocking and I'm sure other animes you've suggested I need to get into. Which I will. After I have a job again. Hard to purchase anime otherwise. 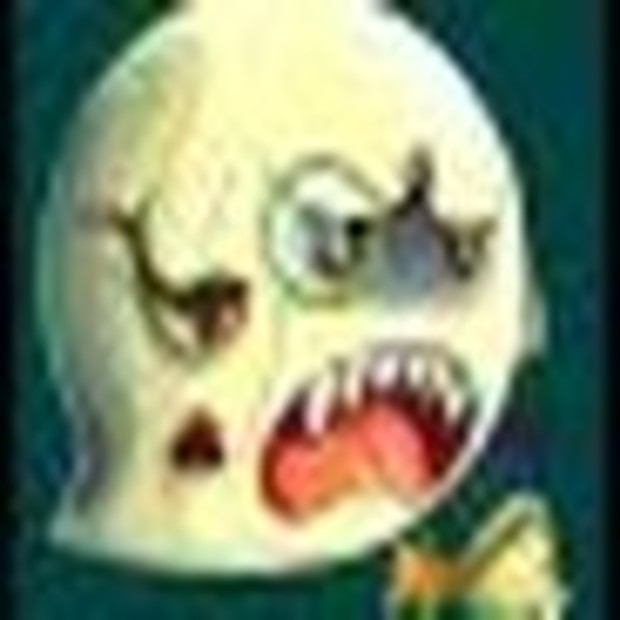 Goofier Brute. I've talked to him here and there and enjoyed him, my honorable mentions should be more so yeah I've talked to him once or twice. He seemed pleasant. Wouldn't mind talking to him again. That being said Goof makes some funny comments and I ususally just take a while to warm up to people sometimes so I lurk more so than talk.

Ah Zyk the Australlian also known as a Phil clone. OR IS HE? Is it not actually Mentok the Mindtaker taking your mind and making you think that he's a Phil clone?!?! 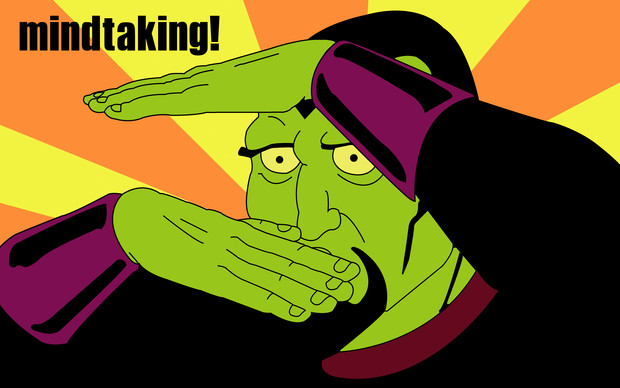 (Gosh I hope that was funny. Was supposed to be funny. I'm not always funny)

Only he knows. But one things for certain, Zyk is a pretty good guy who I've also recently started talking with more, although I've noticed him for a while now. At first I think we got off on the wrong foot back in an Anita Sarkeesian article (everyone can get off on the wrong foot in those articles am I right?) of course I could be mistaken about this. The internet's a pretty hard place sometimes. But seeing Nekro and Zyk talk about Australlian things is pretty amusing as well honestly and the more I talk to Zyk the more I like him. I dunno what it is about him maybe he's just a swell guy or maybe he's mindtaking. Who knows? Either way he's fun! 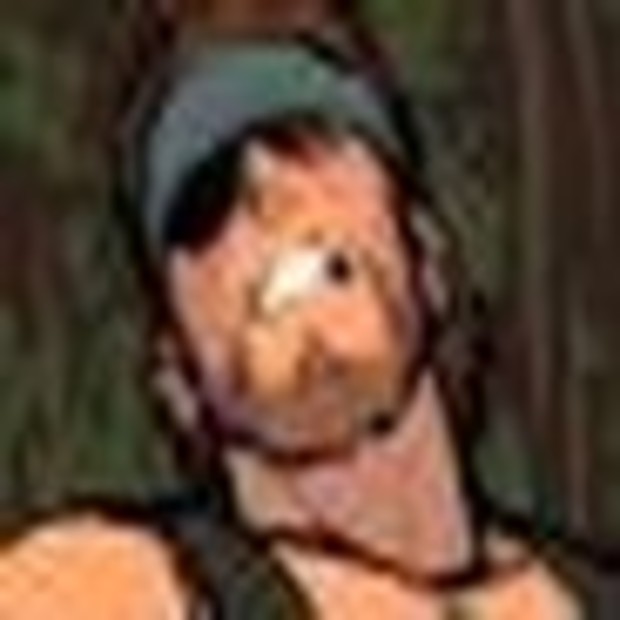 I actually have had a fair amount of conversations with and that's why I wanted to include him. I've mainly talked to in private message about getting him a Rosalina amiibo and then we just started talking about things from there. I still haven't talked with him that much as of yet which that's why he in honorable mentions but from the times I have talked with him he's been a lot of fun honestly! 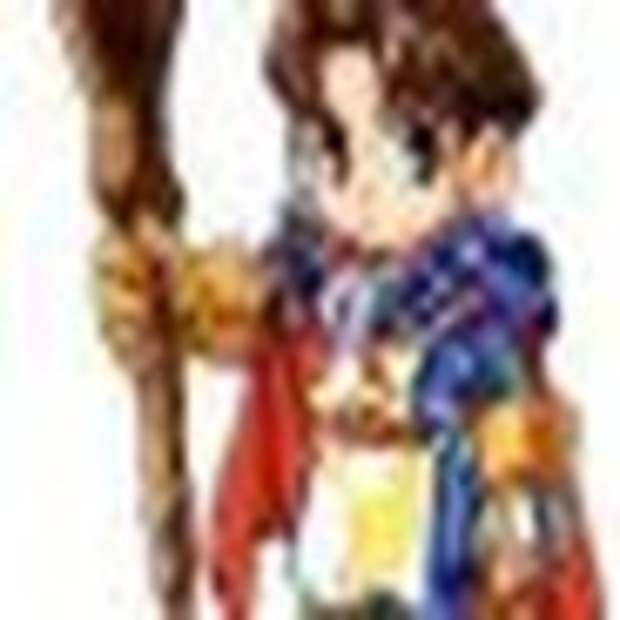 Oh hello awkward song. How about an awkard live performance to go with it?

Sonic's one of those guys that I really like talking to, we don't agree on everything in fact we discuss a lot of things we don't. But that's what I like about him. He's not an asshole about it, he states his side not trying to push you to his side but just try to have him understand why he prefers something more. Such as preferring an Xbone over a PC and a multitude of other things, but as I said we do agree on a lot as well we both like Sonic and a fair share of Nintendo games. He's a great guy and his comments and blogs are worth a read as well, it's always fun to talk to him knowing the worst you'll get is a little bit of trolling to make a joke. And that's mainly only when you deserve it. Usually.

No matter what he says, no matter how many Psycho Punches he pulls, Reinhold Hoffman will always be M. Bison to me. Although he likes to troll... a fair amount, for the most part it's in good fun. When you actually get something out of him that isn't trolling such as amiibotoid, Destinytoid or such he can actually be pretty fun to talk to. If you look at his blogs you notice that as well, he seems to have a deep love for people's art which I can respect as well. 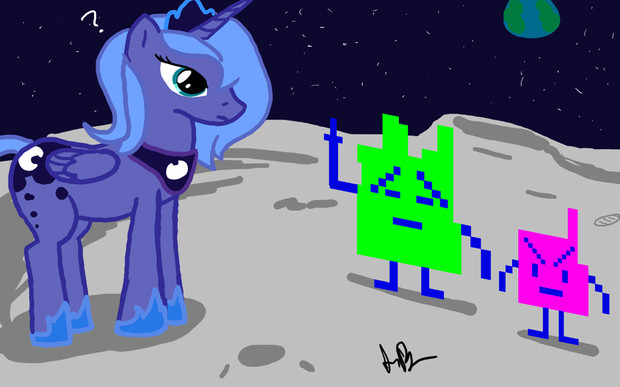 Supah is actually someone that I've recently started conversing with more, I've seen him around plenty before but only recently has it seemed our paths have been interconnecting. Which is nice, from what I've gathered we seem to share a lot of the same interests and he's nice as well as funny. Seems to be a running list as well.

Heracles the Whoresbane MMV. He's a guy that can make you laugh pretty easily with his musings, an all around good guy and funny. 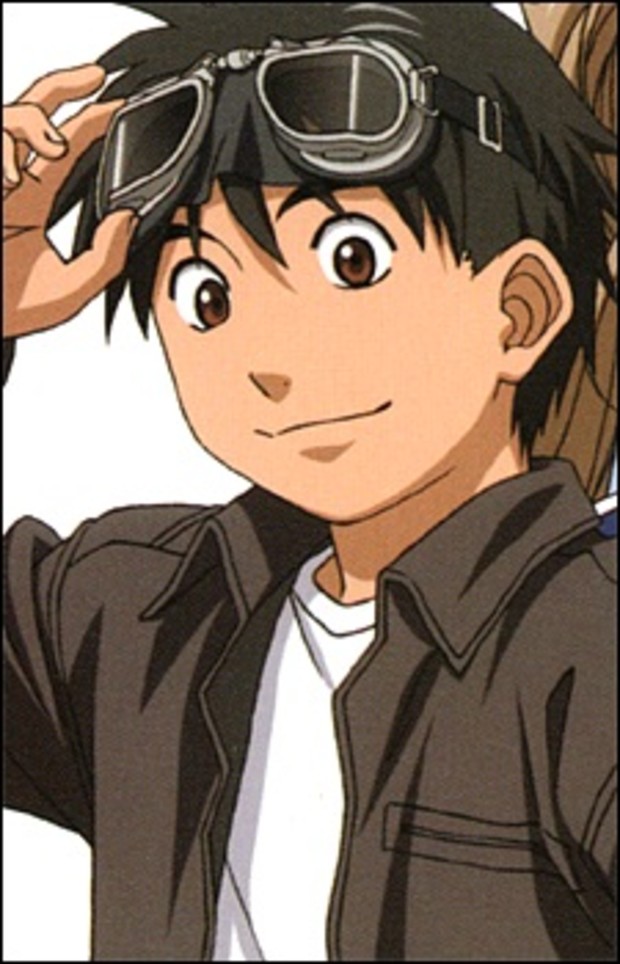 Honestly I don't know that much about Keiichi but what I do know about him is that he's a pretty decent guy. Just from what he's told all of us has made me feel closer to him because he's a pretty swell guy, nice and interesting to talk to. He's also another anime fan which that's always fun to talk about and all around a good guy. 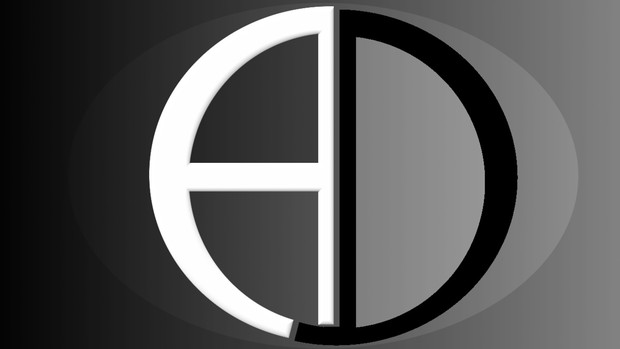 Honestly how can someone not talk about Alpha? He goes out of his way to make music that's based on us for us for free. Or you can give him a donation on his bandcamp page and help him out: https://alphadeus.bandcamp.com/

But really that takes a lot of time, effort and skill to make music and as I said he just does it because he loves it. For no other reason and that? That's really cool. Plus he's pretty generous and helpful. 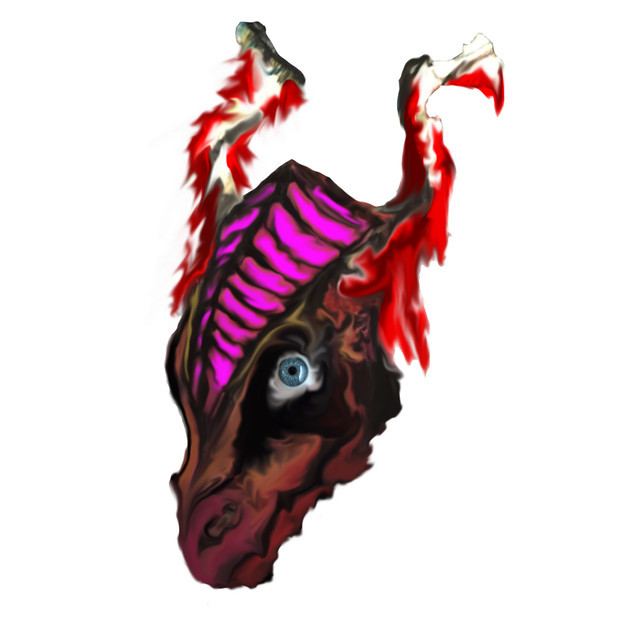 Cannibal Steven is someone I've really enjoyed talking to as well as reading his blogs. He reels you in with the feels and teaches you more about himself all while interconnecting the story he's trying to tell. He likes commenting on other peoples blogs as well and giving his insight which I really appreciate, as do most of the people I've mentioned before now but that doesn't make what Steven does any less fun or impressive. 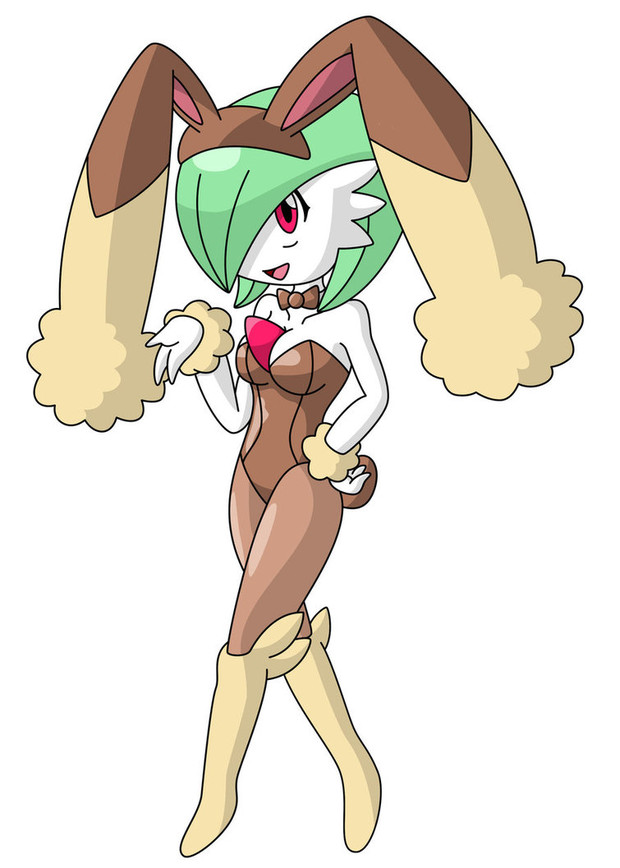 For giving us one of my favorite running gags on Destructoid that's actually funny unlike something that's gold or white... and for being a guy that's just fun to chat with about anything and everything (although let's face it most of the time it's pokemon) In fact maybe you should write a top 9 Sexiest Gardevoir Dtoiders list. Would fit with your theme quite well.

Everyone else. It's a cop out. So sue me. But it's true, there is so many other people to list that would talk a while to talk about them, Luna Sy, Shade, Luck Required, Fenriff, all the staff members, Cold William, FlanxLyncath. All of you. All the community is what makes Destructoid what it is. A big dysfunctional but loveable family that sometimes fights but we get over it quickly, we do have a loveable black Grandma that fixes a lot and is a blast with her various bands after all. So thank you. I'm glad to know each and every one of you and can't imagine Destructoid without any of you. Even the one's I didn't have time for <3.