Warhammer 40k has always held a twinkle in my eye.  As a preteen, a school friend had invited me over for a slumber party.  His middle class parents had showered their only child in every toy he could  have ever wanted.  This of course led to him having a literal bajillion of Games Workshops figures in all three of their massive universes.

The majority of the Saturday sleepover consisted of me learning how to play the official rules with these figures.  How startling it was to learn that making gun noises and saying “boom you’re dead” isn't how adults played army men. Such began my adoration of the universe of 40k, the Grey Knights and Chaos Gods in particular were enthralling.  A dozen video games and years later we're looking down the barrel of another Mobile Online Battlefield Arena game in their most popular setting. Good thing I know something about these kinds of games.

Keep your panties on, I'm taken

Mobas have been the smash hit genre to replicate for a while now.  Of course why woudn’t they be, Dota 2 and LoL are making money hand over fist.  If you've never played a moba, you could try to define it as 5vs5 action/strategy game where you only control one hero and the goal is to kill as many of your enemies in the coolest costume you can afford.  No joke, that is the main business model, for both Riot and Valve’s ongoing titles. I have no statistic for exactly how many of the most recent twenty dollar Sona skin were sold, but I haven’t played a match without seeing it in a week.  Judging by that kind of information, maybe the future of fashion design is in the digital realm.  Lina and her orb breasts pull off most dresses better than any model. 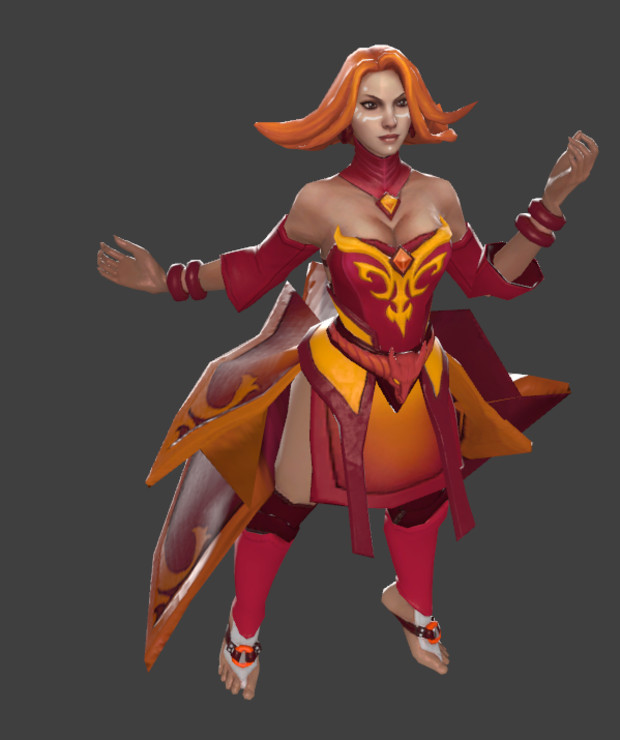 So Mobas have a huge potential, that is, when they are handled properly.   Guardians of Middle Earth took a movie release and one of the most beloved lores in history and it barely got off the ground.  Electronic Arts closed the doors on DawnGate not too long ago, and  Infinite Crisis can feel unwieldy to even the most adoring of Batman fans.  Perhaps Heroes of The Storm  will make its own when Blizzard decides to price it reasonably, but for now let’s look at the new bread on the table.

You could fill the current one hundred and twenty four League of Legends roster with just named Space Marine captains from different factions. The ridiculous part is that they could be fundamentally different in gameplay.  The Emperor's finest cover so many fantasy tropes:  Rogues, Monks, Vampires, Werewolves, Rebels, fire breathing black guys, cyborgs,  and what may be the finest fan-fiction ever written, the Angry Marines.  It's as if 4chan was a militia in the space future.

If the lore doesn't fulfil it, the gameplay has already lent itself to the style.  Last stand was one of the singular best parts about the most recent Dawn of War.  It featured you and two other friends playing as a Captain of a faction, fighting off near endless waves of random enemies.  If that particular mode doesn't make a return into the new moba i’ll cry.

So what could cause this game to fail? 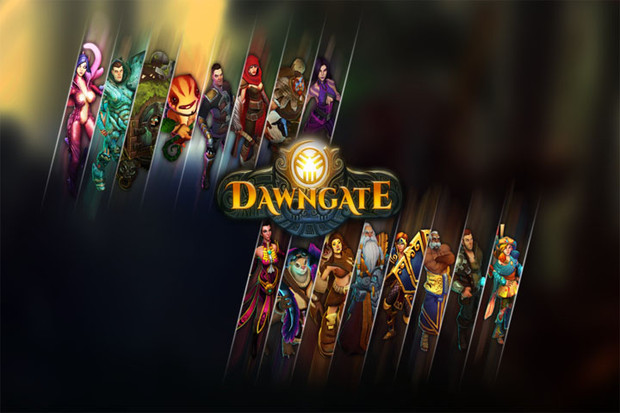 Off topic,  How with EA as the publisher and with a name like DawnGate, was it not aMass Effect prequel.  So much wasted potential, being caught in the middle of that turbulent universe pre Shepherd would have been amazing.

Balance is the first major hurdle to come to mind.  Dawngate failed in part to a huge lack of champion balance for such a small roster.  Most of the games I played turned into who can get the largest Voluc,  as with proper gear you could solo entire enemy teams.  The game felt too unoriginal, and unfortunately came out under the EA banner, turning many off at the start.  Players will need to feel they can play their favourite factions rather than just what’s meta.  I completely expect their to be small issues with the roster, just don't make every match feel like it features the same five bruisers.

Speaking of roster size,  how many people expected more out of the new Smash Bros despite a massive character pool?  Dark Nexus is going to have to launch with as many champions as it can, or risk never getting the Opportunity to grow into the other factions not available at launch.  I can already hear the cries that the game is too small with only three factions available.  As long as the player is working towards learning something new, they are having a good time.  Once we run out of new experiences, most will go back to LOL. 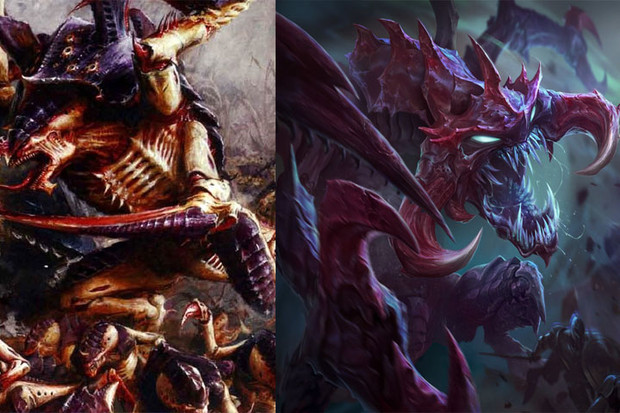 On a side note, Cho’gath is totally just a Tyrant.

The shop is the next bridge we have to cross destroy for the Emperor.  No I'm not willing to suspend belief that a chain sword is going to increase the damage of my ranged Tau carry.  Or that a space marine would ever disgust his God-King by using an ork weapon.  Which actually leads to an interesting potential.  Make the shop unique to each faction.  Rather than a universal pool, create an individual experience to each faction's item choices and menus.  Even if the items are the same stat wise, just have different pics and flavor text.  Such a small thing could go a long way to the existing fan base.

There is another shop we have to worry about; the in game purchases.  You can’t release champions at twenty dollars a piece or an inconceivable amount of time earned currency.  Heroes of the Storm has pissed off everyone I know with their pricing model.  Somewhere in between League’s (earn it or buy it) and Dota (Barbie is free, but her purse is $2.50) rests a perfect slot, where you have to work towards owning a champion, but it isn’t out of reach.  We’re not going to drop whole paychecks or lifetimes on this game, because there are other mobas offering more for less.  I’ll play the Adventure Time moba before I let myself feel forced to drop a benjamin on this game. 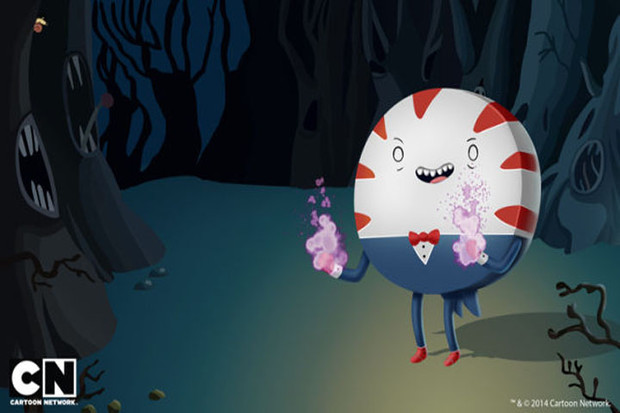 There’s an Adventure Time Moba for some reason.

If they get all this right, then we have to worry about the flow.  Dark Nexus doesn't have to break the mold, just find its own niche in gameplay.  The twin stick shooter approach sounds fantastic, 40k needs to feel frantic and consistently under fire.  Ideas like that prove there is room for more, but imitation isn't always the sincerest form.  As long as Dark Nexus finds its own footing, and doesn't just feel like a reskin of the competition then it has a chance.

That is if Gears Workshop lets it thrive.  They aren't the smartest bunch in handling their IP.  We could talk for hours about the Metal to Plastic transition, and the huge increase in figure cost in the last decade.  Hopefully they just back away and let the game grow their fanbase.  My largest concern is to how that contract is written, because I would hate to see the servers turned off on the game two years from now because GW wants a huge stipend to continue using their lore.

Finally, they will have to deal with my lawsuit.  I totally interviewed with Games Workshop a year ago, four interviews actually.  At the final handshake, sitting with their head of recruitment I was asked how the company could improve.  I expressed the potential to push the property into a more digital space, that tabletop gaming was a small market in comparison to the digital realm. Perhaps they should make a MOBA or MMO to help grow the franchise and bring more people to the board.  He was completely unaware that the company even had video games based off the universe, and my shock and following argument probably talked me out of a job.  However the fact remains that Dark Nexus was totally my idea and I deserve a piece of the pie, or at the very least alpha access and some store credit.  Please?