You can mess with the man, but don’t mess with his family. A couple of Twitter trolls learned that the hard way after posting some vile tweets directed at former Red Sox pitcher and 38 Studios founder, Curt Schilling and his daughter. 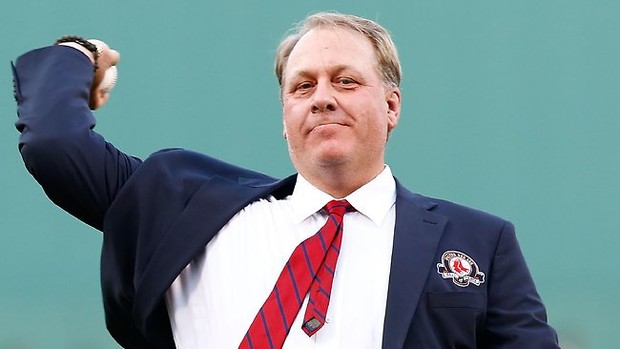 Earlier in the week, Schilling went on Twitter to congratulate his daughter on her acceptance to college, where she will also be a pitcher on the school’s softball team. It did not take long for the replies to turn from congratulations and will wishes to vulgar and highly sexual threats. Schilling posted some examples on his blog: 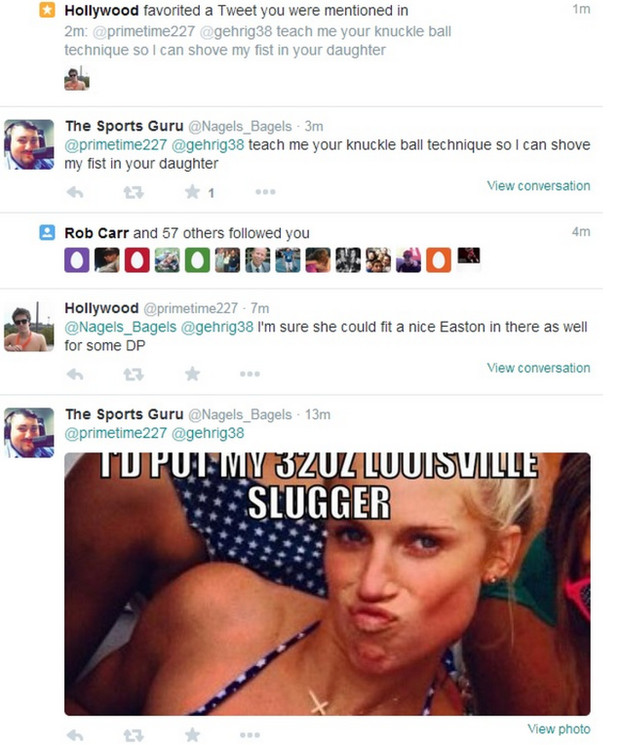 Common sense normally dictates that you ignore the trolls. Responding to them only feeds the flames and gives the instigators a sense of satisfaction that they indeed got under your skin. Schilling however, went full DAD MODE on the trolls.

Just like Liam Neeson in Taken, Schilling has a very specific set of skills, he’s also a celebrity, with a lot of contacts, and money troubles aside from the failed venture into video game development, does still wield some influence. It did not take long for Schilling to find out who these clowns were and post their details on his personal blog, as seen below:

“The Sports Guru"? Ya he's a DJ named Adam Nagel (DJ is a bit strong since he's on the air for 1 hour a week) on Brookdale Student Radio at Brookdale Community College. How do you think that place feels about this stud representing their school? You don't think this isn't going to be a nice compilation that will show up every single time this idiot is googled the rest of his life? What happens when a potential woman he's after googles and reads this?”
“The other clown? He's VP of the Theta Xi fraternity at Montclair State University. I gotta believe if Theta Xi is cool with a VP of one of their chapters acting like this I'd prefer to have no one I know in it. Also, does anyone attending Montclair State University have a student handbook? If so can you pass it along because I am pretty sure there are about 90 violations in this idiots tweets.”

After this was posted on Schilling’s personal blog, the Twitter accounts @Nagels_Bagels and @primetime227 were both deleted.

Turns out “Hollywood” was actually employee of the New York Yankees ticket office before schilling lowered the boom. He was quickly fired, as per Jason Zillo, Yankees director of communications, told NJ.com: "We have zero tolerance for anything like this."

As for the Sports Guru, Brookdale Community College released a statement on their Facebook account stating that he was suspended.

Schilling defends his actions by stating “…there are repercussions to your actions in the real world.” I'd like to think that he said this in a Liam Neeson accent.

Perhaps the Sports Guru and Hollywood have learned a lesson, and that lesson is, don’t mess with Curt Schilling.