Cold William and the Nifty Nine +1

Hey there. Feels like ages since I've posted anything in the c-blogs. Ever since I left the FNF stuff behind I feel like I've kinda disconnected from Destructoid and the community in general.

Anywho, I'm here today to talk about the nine (ten) Dtoider's who mean the most to me. This list of amazing people is in no particular order and I am definitely leaving quite a few people out (which sucks).


A few years back (circa 2011) I was pretty big into Battlefield 3. Back then I had a regular crew that I rolled with almost nightly. Any Dixon, Jon Bloodspray, Falsenipple and Jeniken were my relief from the every day nonsense we all deal with in this waking world (stolen from Occams). Like clockwork we would all end up online together (Xbox 360) to play hours and hours of Battlefield 3, often into the wee hours of the morning.

These four people mean the world to me. When you spend over 700+ hours together online you form a pretty strong bond, a "Band of Brothers", if you will. 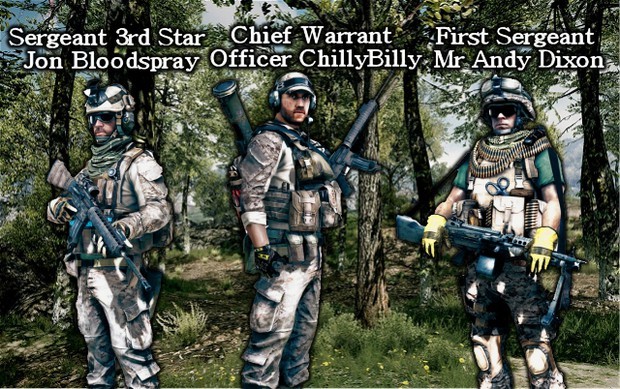 GarethxxGod was the very first Dtoider that I ever played a game online with. I couldn't tell you what game it was, I want to say it was some Xbox Live arcade game, it's not really important in the grand scheme of things. What's important is that because of that one game, I made a couple of very good friends.

I found myself playing online with Gareth quite a bit and eventually I was introduced to Super "huehuehuehue"Monk4Ever (goddammit, Monk).

Outside of my Battelfield 3 group, these two were my constant online pals. We played everything together. If it had multiplayer or co-op, we were playing it with each other, typically until the sun started coming up.

I don't really play online with Gareth any more, we still chat online every now and then though through Facebook. Monk on the other hand, just won't leave me the fuck alone. =)

I'm what you might call a compulsive collector of video games and video game memorabilia. My exploits have been catalogued here in the C-blogs for years.

It all started off innocently enough. I would buy something at a garage sale or flea market, you know, a thing here and a thing there. That all changed when I was introduced to the amazing, Funktastic or as I like to call him "Why do you have all that cool stuff and can I have it all please?!"

As my collection grew I found myself getting closer and closer with Funk. We were DM'ing each other with the new stuff we'd found. Eventually we were texting and making trades. We became more than just collecting buddies, we were definitely friends.

We've both slowed down over the years. Funk had an unfortunate incident happen that took him out of the game for a bit, I just kinda grew tired of it all. We still chat and talk though. Our friendship is definitely more than just collecting. Oh and Funk, if you're reading this, my daughter says "hi" and wanted you to know that she still has the Princess Peach plush you sent her.  =) 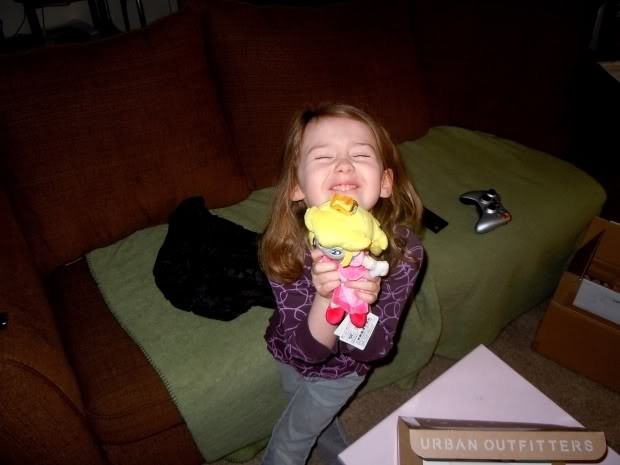 
Sometimes you meet people and you have an instant connection to them. For whatever reason you find yourself chatting and getting closer to certain people. Occams and Steezy are definitely two of those people.

What is there to say about Occams that hasn't been said already? He's our very own resplendent black grandmother who has an unhealthy obsession with Lisa Frank, religious artifacts and the generally weird. But that's what make Occams so amazing. He's unlike anyone you'll probably ever meet. He is a kind soul, someone who would go out of his way for a friend without thinking twice. If you ever have the chance to talk with Occams, do it. He's simply a fascinating person, and I'm proud to call him my friend.

Steezy is the polar opposite of Occams. Steezy is more subdued and quiet. I started interacting with Steezy on the FP of Destructoid. Eventually I found myself playing games online with him. Although we don't really game much together any more I still talk with Steezy via social media. I've had the pleasure and honor of watching him grow as a person. One day I'll make it out West to meet and hang out with Steezy. I owe him a hug or two or three (I've lost count over the years).

Last but certainly not least we have Scield. Over the past couple years, Scield has definitely gone from someone I know online to someone I most definitely call a friend. I've had the pleasure of meeting and hanging out with Scield and I find myself texting him or talking with him via social media numerous times a week.

Scield is an awesome fella, day in and day out he is out there putting his life on the line to keep all of us safe. Now if there was some magical way that I could get him to move out of Florida and up to Chicago so we could hang out all the time......

So there you have it. Ten people who mean the absolute world to me. If I ever give up gaming for good, I'd like to think that everyone listed here would still be in my life in some way, and that makes me feel all warm and fuzzy on the inside.