My parents, the artists

When I was young, I played with a TON of action figures. Power Rangers, Ninja Turtles, Batman, Spider-Man, Thundercats... I could make this entire blog just a big list of the action figures I liked. There was a disconcerting lack of Nintendo-based action figures in the 80s and 90s, though; this wasn't the amiibo-rich paradise in which we're blessed enough to currently reside. I longed for the day when Mario figures would be available, so I could break all of them along with my other toys, but it didn't really happen. Sure, we got the Super Mario Bros. movie figures, but let's be realistic about this: I wanted to ENJOY my toys.

My parents raised me to remember that things didn't have to be expensive or fancy in order to entertain me, and they were right. I remember making myself costumes and such out of random things I'd find around the house, and the same went for action figures; if there was a figure I wanted and couldn't find, I just tried to make my own out of cardboard or something like that. They were like paper dolls, except I never played dress-up with them.

As you can probably imagine, my parents were much better artists than I was when I was three. I asked them to draw for me Mario characters based on their appearances in the game manuals, and I kept them all this time. Pulling them out and reminiscing about all the times I'd entertain myself with them and how much time my parents had put into creating them, I instantly felt as if I was being swept back into my childhood, and as someone who considers nostalgia to be my forte when it comes to writing, I love that feeling. Not only do these drawings remind me of how I could say I had Mario "figures" that nobody else had, but it also reminded me of how much my parents were willing to do to make me happy (something I never actually need to be reminded of). 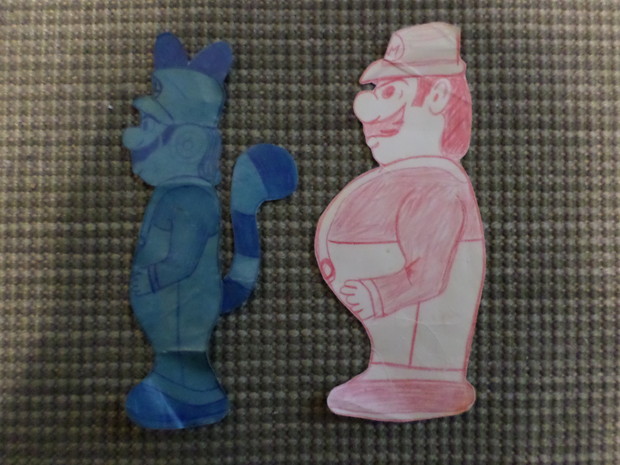 Here we have Racoon Luigi on the left and Super Mario on the right. You could always immediately tell which ones my dad drew (Mario, in this case), because they always looked more realistic than the official artwork. A lot of the characters face left because I'm right-handed, and I wanted to see the awesome artwork as I played with them, dammit! 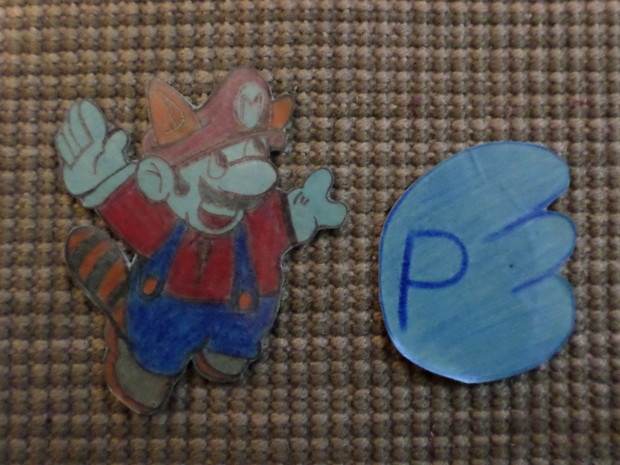 You can't be a forever-flying raccoon without a P-Wing! Look at how happy he is! 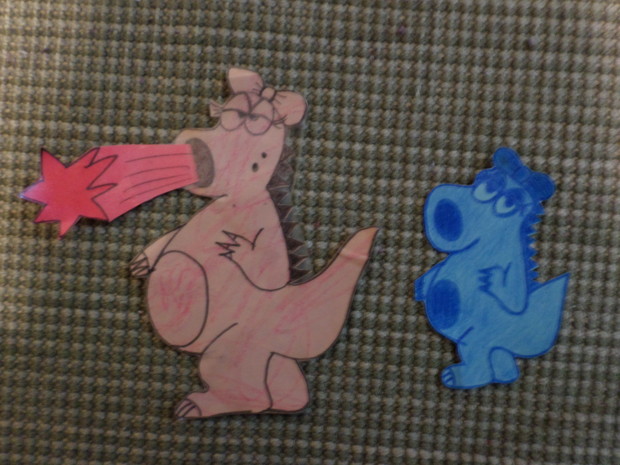 Remember the Birdos that only shot fireballs in Super Mario Bros. 2? The one on the left is one of those. I remember playing the game with my dad, and I wanted to fight Birdo so much (colloquially known as the "Egg Bird" in my youth) that he would just tell me to call him back into the room when I was done leaving the screen and making Birdo respawn over and over. 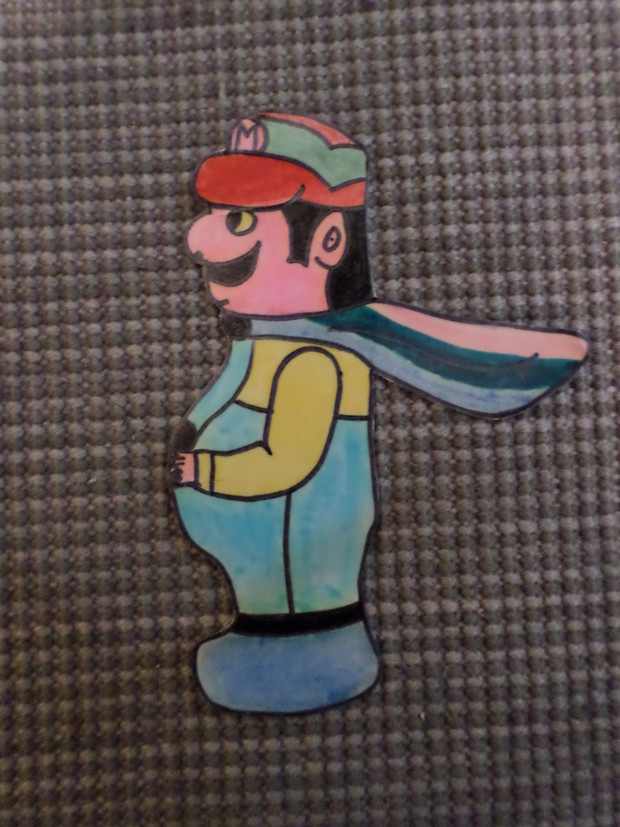 AW YEAH, BOY. You know Mario found a Starman recently. AND he's got a Cape? He's living the good life! 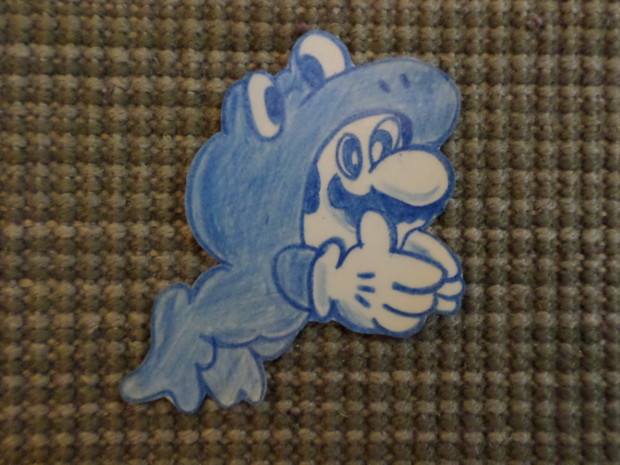 I was absolutely TERRIBLE at playing as Frog Mario in Super Mario Bros. 3 when I was younger. I had my mom draw this one facing to the right because I wanted a drawing of it, but I didn't expect to play with it as much as the others, which just sounds hysterical now. 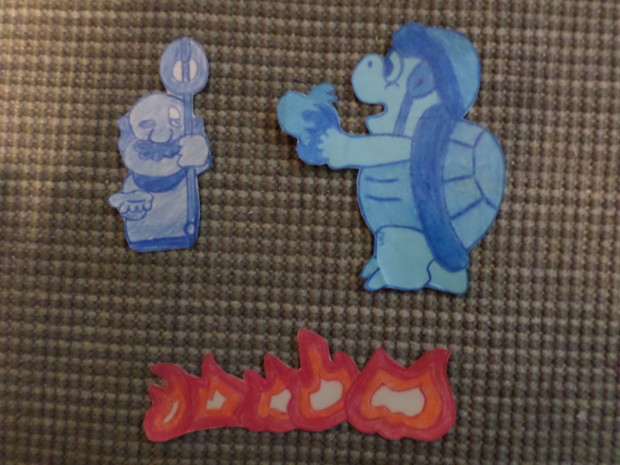 Here, we have an assortment of Mario 3-related drawings. First is the Tanooki statue, then a Fire Brother, and one of those incredibly annoying and hard-to-kill Fire Snakes. 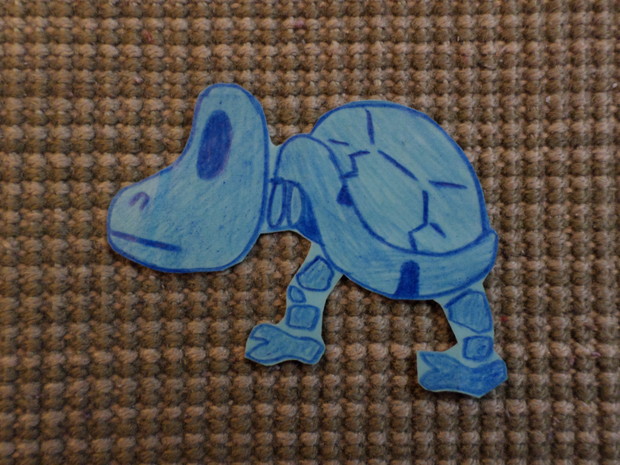 Dry Bones! I always loved this guy. I thought it was awesome that you couldn't kill them, and I loved to watch them get up so I could crush them again. I was a disturbed child. 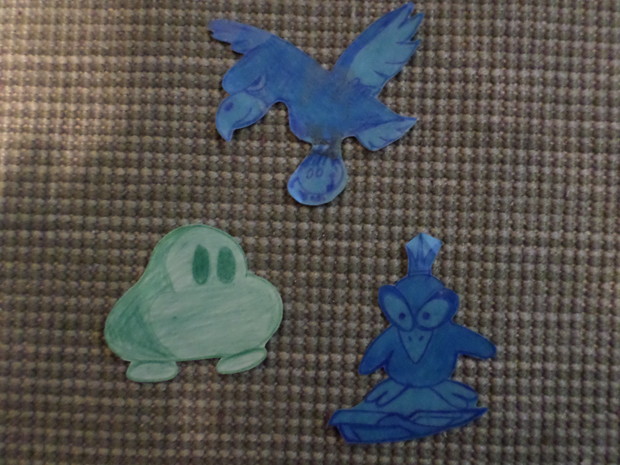 Back to Super Mario Bros. 2 for some more enemies. There's more of a variety here: Albatoss, a Flurry and a Pidgit, which is still fun to say out loud. 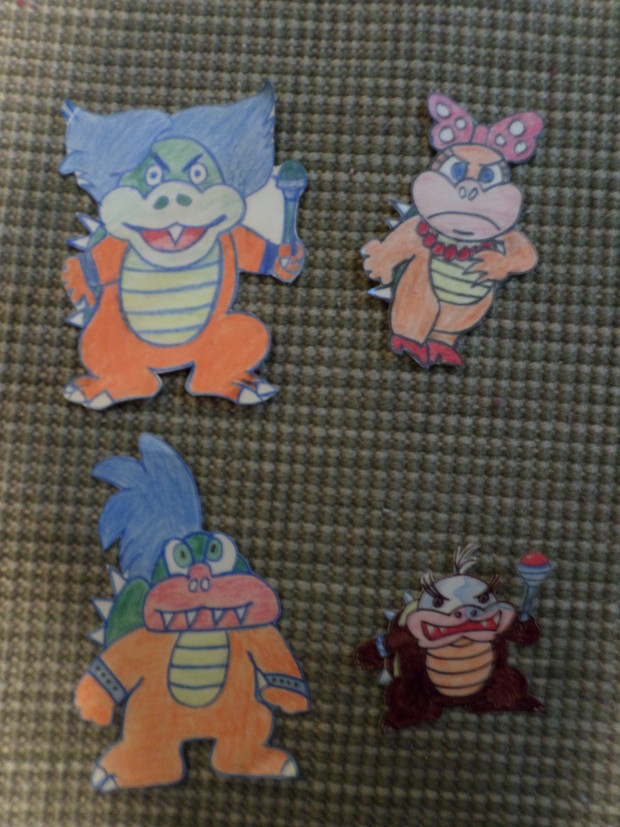 These were always some of my favorite drawings. I love the level of detail that both of my parents put into the Koopa Kids, and I even had them draw a few Magic Wands separately, so I could pretend that other characters could use them. 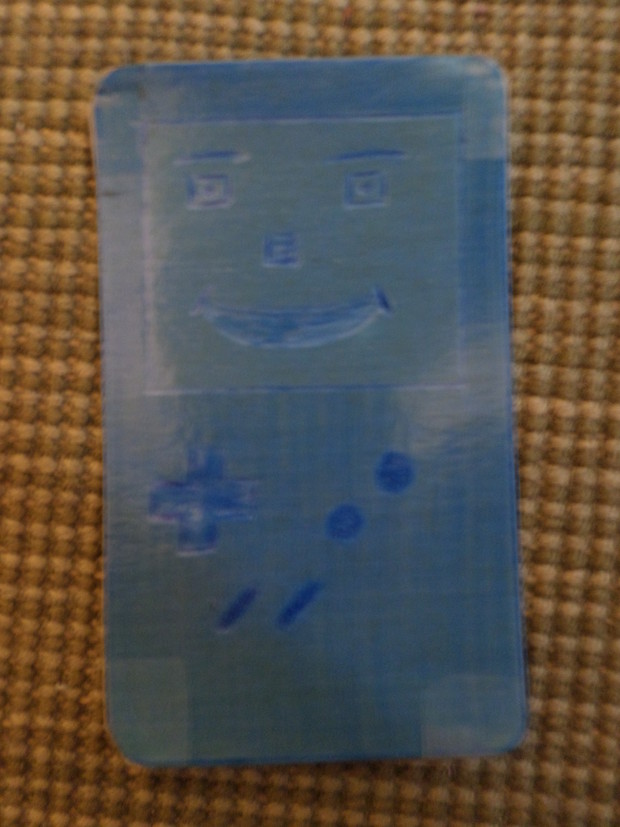 For this one, I wanted to channel my inner Captain N fanboy. If you've seen the show, you can undoubtedly still remember Game Boy's annoying voice, but I loved everything about that cartoon as a kid. 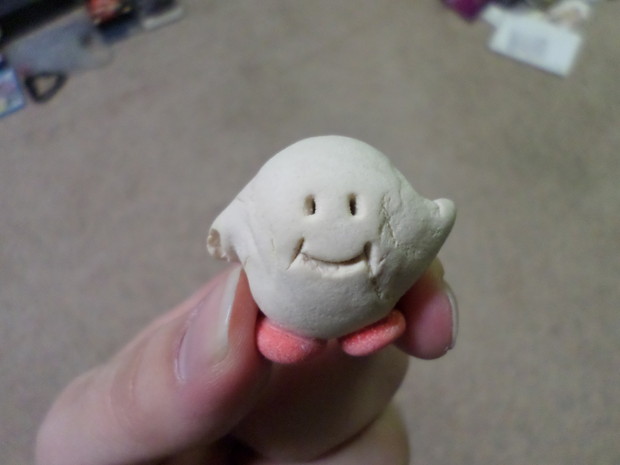 BONUS! I posted this in a comments section a little bit ago, but I think it fits quite well here. My mom made this Kirby out of Play-Doh WAY back in the day, and we just dried it out and kept it. Part of his right arm is missing, but not so much that he looks injured or anything. I'm honesty surprised that he's held up as well has he has after all these years.

Thinking about everything my parents did/do for me always brings a tear to my eye, but I love reliving those memories whenever I can. These are some of the coolest toys I ever had, and yes, they were definitely toys. Of all the things I've owned over the years, these are some of the most precious to me, and I'll always be able to tell you exactly where they can be found at any given moment.

Thanks for making my childhood so amazing, Mom and Dad.