With everything that's been going on lately, I figured I should pitch in! This is one of three blogs I've been working on. I'm going to try and put the next one out at the end of this week, and the one after at the end of next week. You'll have to stick around, checking C-blogs to see!

But I'm getting ahead of myself. This blog. THIS BLOG. Well... You should just read it. It's a bit close to home. 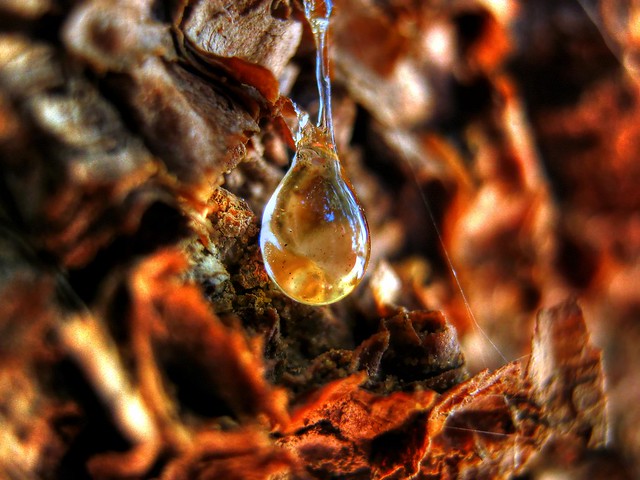 Steven hated the sap. It would ruin everything. And on the first meal too.

Steven looked around anxiously, venting hot air in and out of his dried lips. No one was in the Orchard today. He calmed ever so slightly, sitting down next to the Man on the Ground. He crossed his legs like Ma taught him when they did yoga. Steven liked yoga. Steven liked his Ma.

"You look thirsty. I'm thirsty too. " Steven said as he licked the dried flesh on his mouth. "But it's okay. I brought water. Lots." He reached to the side of him: a belt of knives and a container of water. "64 ounces, to be precise," taking a swig of his beverage.

The Man on the Ground did not seem interested in talking with Steven, as his facial expression remained fixed, gazing through the treeline, and up into the sky. Funny, that as much as the man on the ground talked, he chose now of all times to not do so. It was a hot day in the Orchard, the hottest all summer. He could have used the water.

Steven was dissatisfied by the Man on the Ground's choice. He tensed his eyes, glaring angrily. Steven wondered why the Man on the Ground had chosen not to speak. "What was wrong? Was it the heat? Had he done something wrong? Maybe it was the sap." Steven thought on this, and then looked at the sap. It looked dirty. Nasty. "Yes. It most definitely was the sap. That confirmed it."

This was a predicament. Not only was the conversation at a halt now, but Steven's meal, his first meal, was now in jeopardy. And all because of a dirty tree. And a nasty one at that! He thought some more. "Next time I should bring more tools. Ma probably has some. Ma probably has lots." Steven loved his Ma, and she loved him.

Releasing his legs from his yoga pose, Steven decided that now was the time. He would have to carry the Man on the Ground back to his garage and help clean the sap off of him. But he couldn't go without a snack first.

Steven leaned forward and yanked the knife out of the Man on the Ground's chest. Much to his dismay, it was covered in sap. But at least one part was good. While the handle was sticky with sap, the blade was soaked in juice. He tasted the juice. It was sweet and savory all at once, just like Ma made it. "Delicious!" Steven exclaimed.

Then he took a cut and a nibble. The first ever too! He felt so strong, like his muscles were getting bigger already!

A few weeks later Steven looked at the Man on the Ground. He looked so much happier now that he wasn't covered in sap.

"I think you need a new name! You're not on the ground anymore, so we shouldn't call you Man on the Ground. Let's call you... Man in the Jar! It fits a lot better, don't you think?" The Man in the Jar floated about, surrounded by so much white liquid. So much. He barely looked the same anymore, with everything Steven had added to make him look pretty. Big horns. A horse mouth. Lobster tails. Very pretty.

Steven looked into the Man in the Jar's eye. He looked happy. Happy to be with Steven. Happy to have been in Steven. And he looked nice in the garage too.  Drew the focus away from all the junk and made it look like a real home.

Steven for a second became concerned, realizing the Man in the Jar hadn't spoken, even though he now looked so pretty. "Was it the sap?" Steven became anxious, breathing heavier and heavier.

But then the Man in the Jar did speak.

His mouth hadn't moved, but Steven heard. He heard "I love you," and knew at that moment that eating the first meal had been a wonderful idea. He wouldn't be so alone with someone else inside him, making him stronger.

He couldn't wait to tell Ma, but she worked late nights at the meat shop on Thursdays. He'd have to wait.

And so, Steven stared into the Man in the Jar's eye, talking to him while practicing yoga: 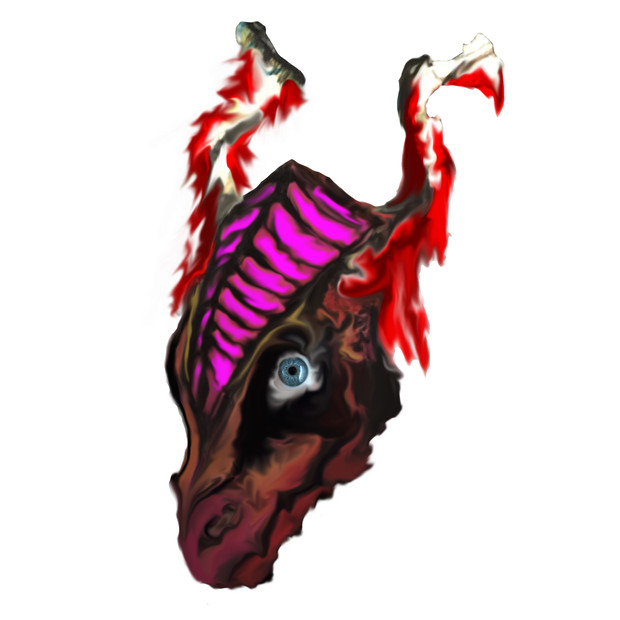 I will be using a Disqus account for commenting from now on. And in honor of the Man in the Jar, I have created the above image to serve as my new Avatar.

In addition, I'd like this blog to serve as the first in a new series I hope becomes popular among fellow DTOIDers: Origin Stories.

This community has a wide range of talents, and I find the idea of using those talents, whether it be art, music, writing, or butt fucking, to express more about oneself to be very appealing. However, it's not up to me, but you guys!

Tell a story! Make it special. It could be a crazy made up thing, or a real life retelling like mine. I find that amidst all the talk of expansion, a real expansion could be made using the creativity of the community. This is to forge forward and make C-BLOGs an even more creative place than it is.

But yes! This is my attempt. If you like this, make one of your one! And suffocate the community with your creative side.