I Watched the Gamergate Law & Order Episode, So you Don�t Have To

I’ve never watched an episode of Law & Order from start to finish, but there is a first time for everything. It just so happens that the first episode of Law & Order that I watched was gaming related. I figured it would be mediocre at best to epic train wreck disaster at worst. Turns out, it was something in between. 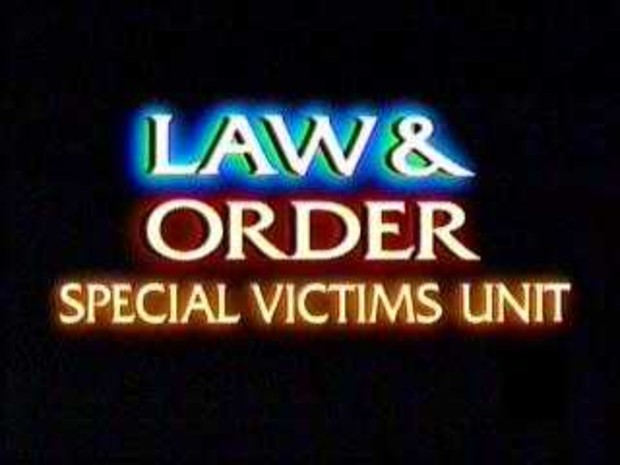 Law & Order: SVU likes to tout that it “rips” stories from the current headlines. When they say current headlines, they mean headlines from two months ago. The producers believe that this gives the show a sense of relevance, as it attempts to stay with the times on topics that are affecting people in the here and now. Apparently this works most of the time, however when it comes to the topics of video games, I couldn’t help feeling that the writers were a bit out of their depth. 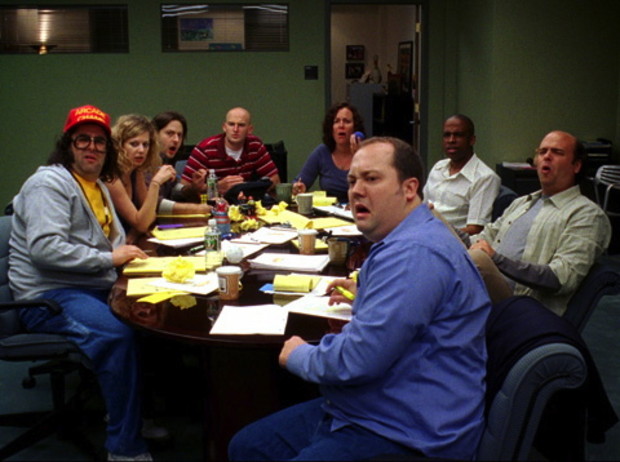 This is not the first time Law & Order had a video game episode. Back in 2005 they had an episode titled “Game” where detectives investigated a murder that was very similar to a scene in video game that had an uncanny resemblance to Grand Theft Auto.

This time around, Law & Order: SVU takes a stab at the Gamergate controversy. The episode is called “Intimidation Game” and Kudos to the writers on such a snazzy title.

Episode starts off with Mariska Hargitay, who’s not unattractive speaking to her therapist about the challenges of raising her young son. 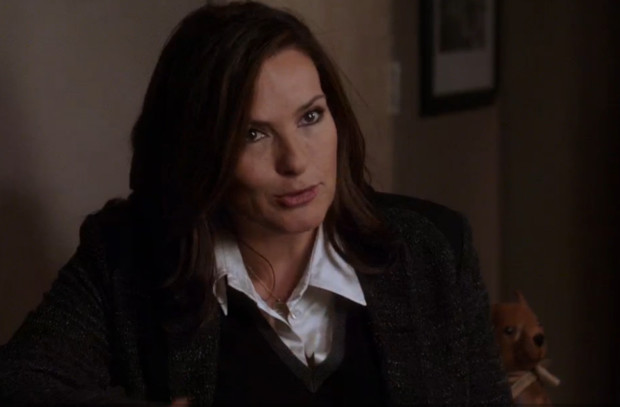 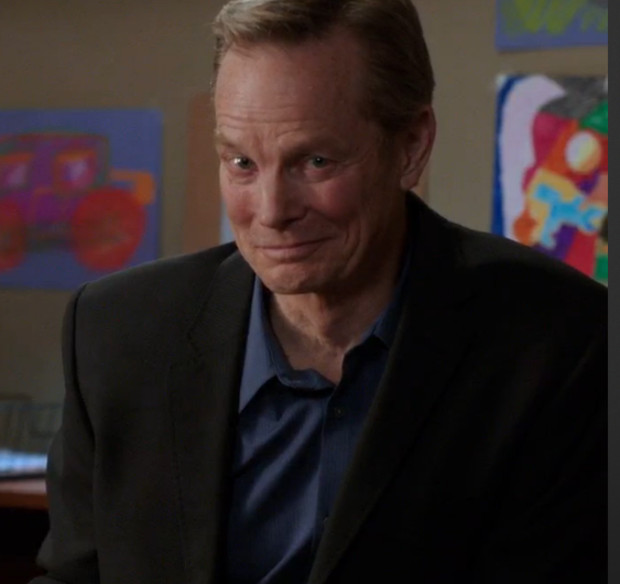 Holy shit her therapist is the clown guy from Sesame Street. Why do I remember this? He’s still very creepy. Get out of my head Bill Irwin, if that’s your real name.

For whatever reason we find three SVU detectives at an e-Sports event and Ice-T is getting embarrassed by a little kid while playing a game called Kill or Be Slaughtered (seriously?). 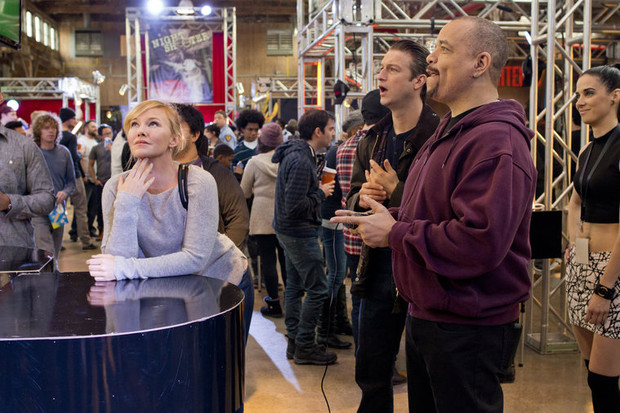 Good thing the detectives are at this e-Sports tournament, because it turns out that they have a case on their hands. It just so happens that a couple of gamers threatened and then physically assaults a game representative because she has a vagina and apparently works for a company whose CEO also has vagina. They really have a problem with vagina. 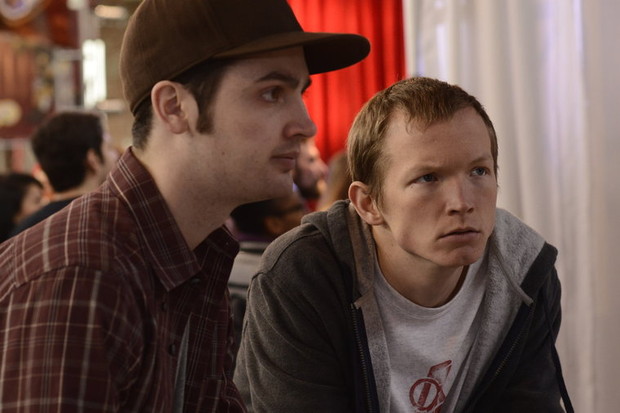 When one of the detectives comes to the representative’s aid, we have our first of many eye wateringly awful game puns, when she states that her attackers “leveled up.” Hahahahahaha, THAT'S HORRIBLE! 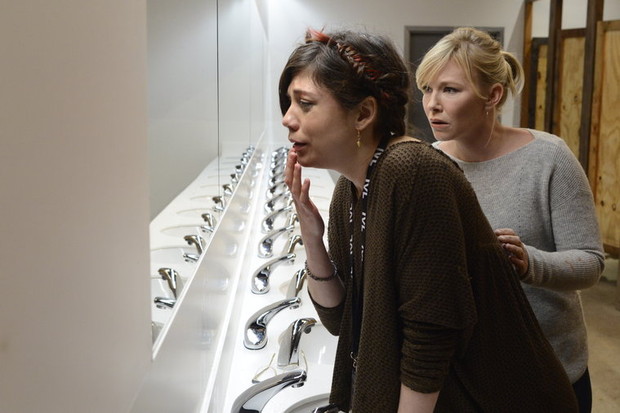 We quickly learn that there is a small, but very vocal group of gamers who don’t want girls in their industry and hobby of choice (because ewwwwwwwwwww). They focus a lot of their anger towards a woman named Raina Punjabi, who releasing a game called Amazonian Warriors, because of course she is. Did I mention that she has a vagina? 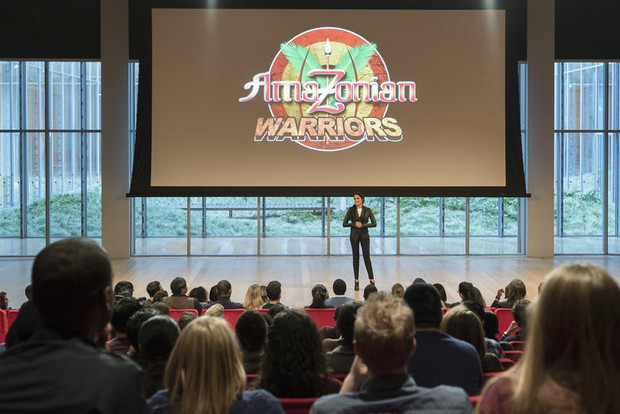 Her detractors state that she has only gotten ahead because she’s a woman, engaged to a millionaire, has a vagina, and essentially slept her way to the top due to the power of her vagina. In the course of the episode we see that she is threatened, swatted during a live interview, doxed, and eventually kidnapped. 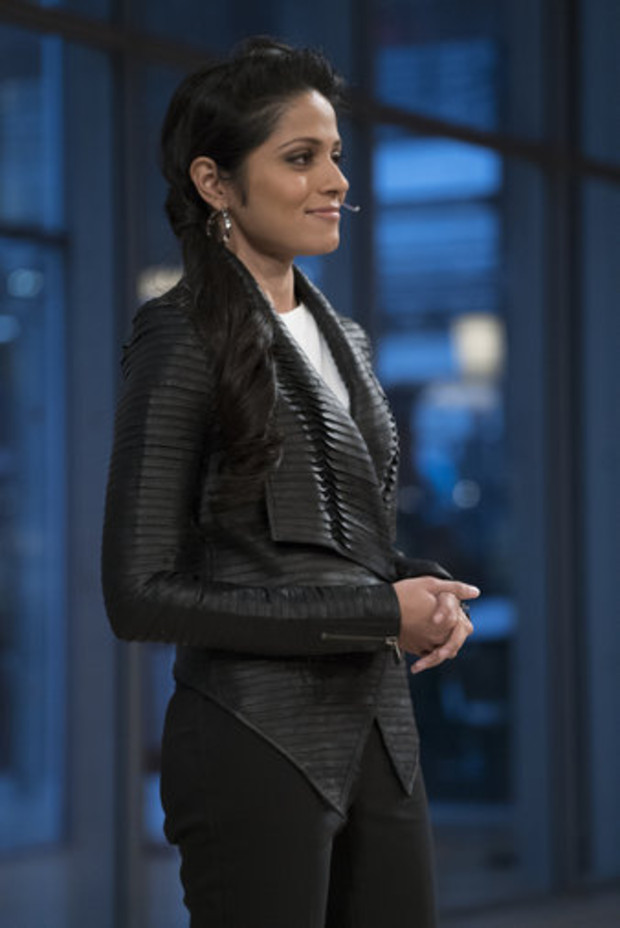 Regarding the kidnapping, this actually occurs during a press conference for Raina’s soon to be released game. She has her own security as well as the presence of multiple SVU detectives, and yet, her kidnappers “hack” the system, kill the lights, take control of the AV equipment, make the lights strobe, and make off their victim. 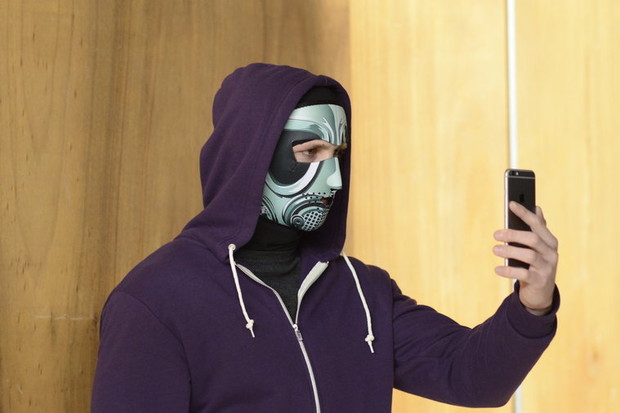 First off, I’m pretty sure that is not how “hacking” works. Secondly, her security and the SVU detectives are useless. Lastly, why was the press conference at the Port Authority Bus Terminal? I’m very familiar with Manhattan and there is no reason why a press conference would be at the Port Authority Bus Terminal unless your attendees are mentally ill, homeless, or all of the above. 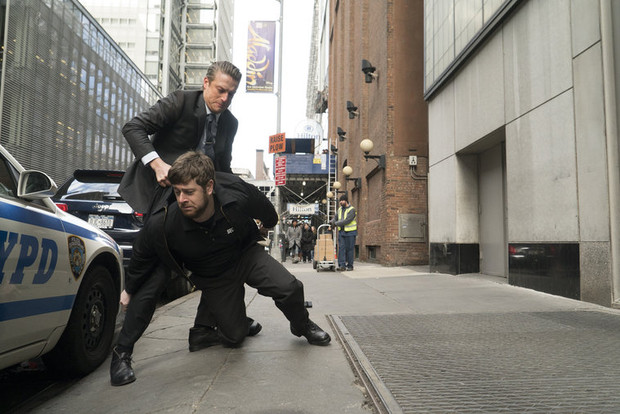 PLEASE DON'T TACKLE ME HERE! IT SMELLS LIKE URINE!

I’m not going to spoil the episode if you intend to watch (Don’t), but the SVU team does eventually save Raina in the end and there is a minor twist ending, which is par for the course in Law & Order. 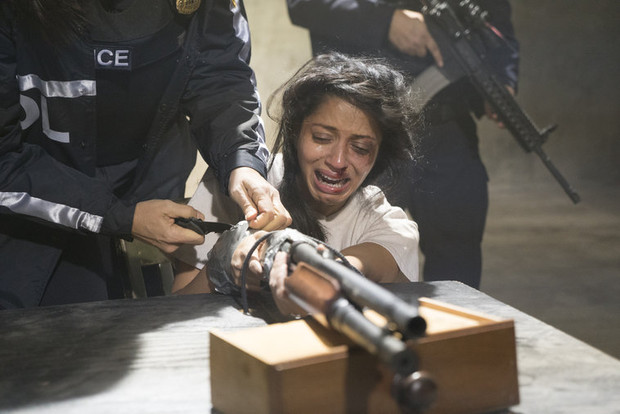 There are few things that I found interesting in this show. Ice-T is portrayed as the resident gaming guru. He’s like a gaming Yoda, dropping knowledge on his fellow non-gaming detectives. He explains to them that an FPS is a “first person shooter,” calling someone a FAL means that they “fail at life,” and explains what “noobs” and campers are. 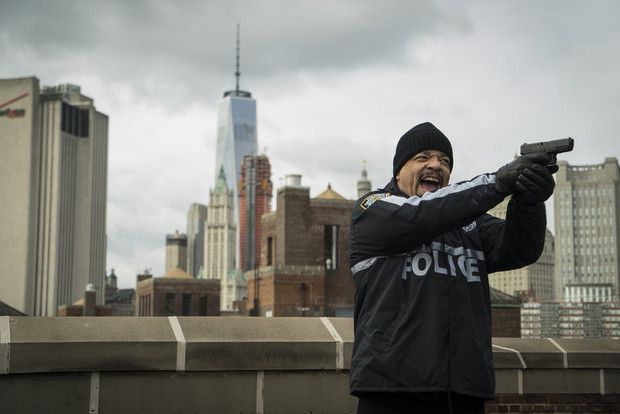 Anyone find it ironic that Ice-T became famous for releasing a controversial song in the 90's called "Cop Killer," but now plays a cop that kills people?

Ice-T even gets to drops a few gaming related one-liners, my personal favorite, telling someone that, there’s "…no reset button in the real world." Indeed there is not. You’re so very wise Ice-T. 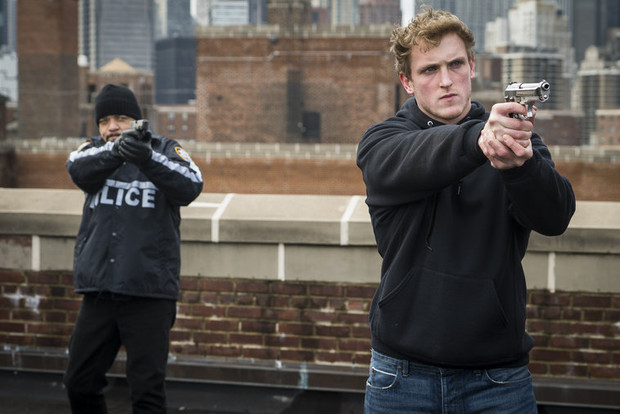 In the end, I give the Intimidation Game episode of Law & Order: SVU, 2 Ice-Ts menacing a cracked out Chris Rock out of 5.

It’s cringe inducing crap, but worth a few laughs on how clueless the show’s writers are when it comes to video games and the gaming industry.