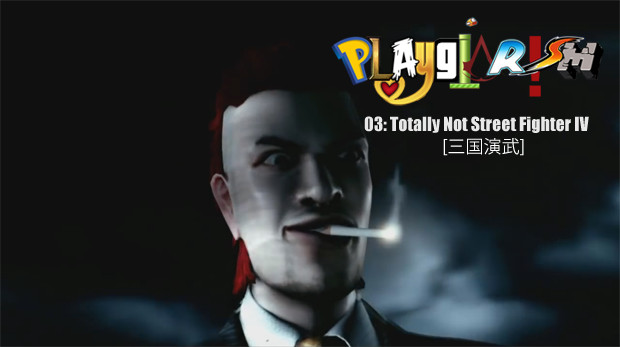 Wait, there are three of these already?

Last October, I started this series called “Google Play-giarism”, born out of those dead hours of the afternoon spent looking at bad knock-off games at the Google Play store. As someone with an interest in art, drawing, etc., They’ve always fascinated me. Playing this little game of “where did they copy this from?” gives me a sort of inside look at the creative process behind that ultimately bad or lacking piece of art. It’s even quite educational. It shows us how not to use another work as reference for yours.

Anyway, I dropped the “Google” part of the title, as I plan to expand this series outside the mobile games market, for this particular entry at the very least. Not that I fear copyright infringement or anything like that. Dropped the dash as well, because the logo looks better without it. Yeah, we have a logo now, I hope you like it.

Sometime last month. I was walking around the food court of some mall and stopped dead on my tracks upon seeing this one game through the glass panels of some old, backwards arcade. 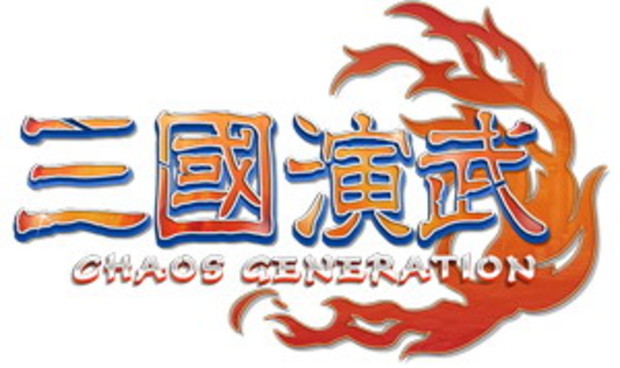 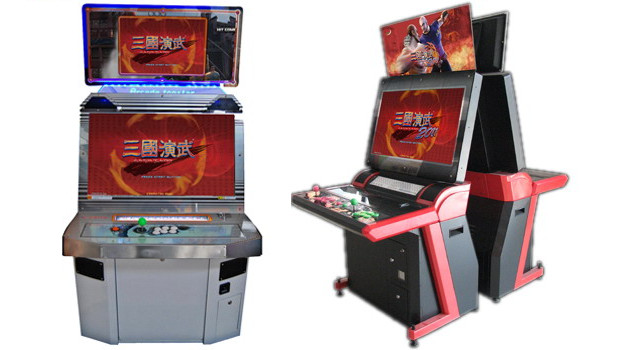 Finding any information on it was quite difficult, at least on the English speaking side of the internet. With only that English text on the logo to work with, all I saw was a very short thread on Shoryuken, an official English site with barely any info, and official videos whose quality are so bad, they might as well have not uploaded them.

After Google’s image-based translation failed to recognize the text on the logo, I managed to find the Chinese title by browsing the Japanese version of the official site, of all places. Googled that text. Clicked on the first YouTube link and, oh my God.

Without further ado, I present to you, 三国演武 (Chaos Generation; alternate title, not a translation).

Where do we even start? 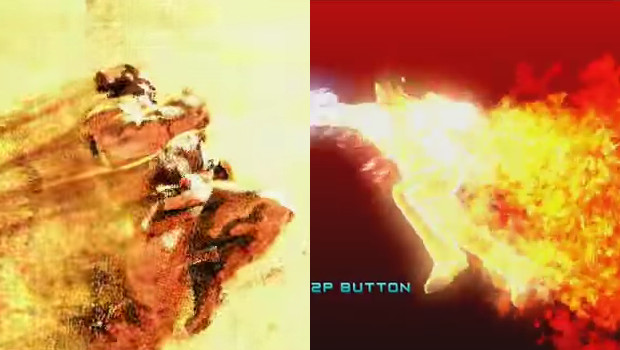 From the opening, though a bit faint, we can see the it's trying to evoke the same grainy, "painted" style as SFIV's opening, especially with the flames and other effects.

Win poses. Though anyone can raise their left arm in triumph, this particular one looks very close to Ryu's. Not to mention his colour scheme is rather similar. 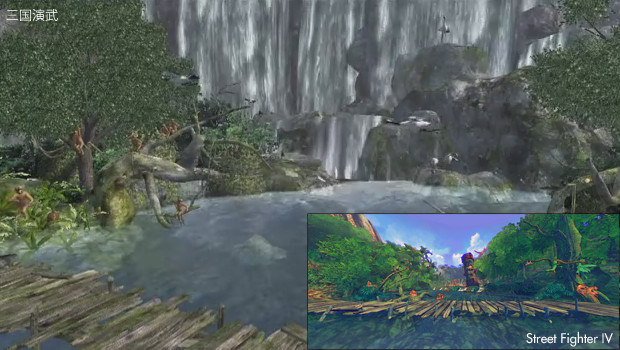 Basically the Brazil stage. Notice the bridge where the characters fight. 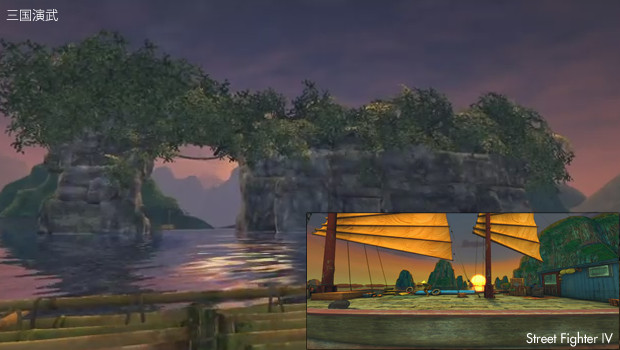 Vietnam. Same general concept. Riding a boat on a river on sunset, surrounded by grassy mountains and rock formations. The boat is less detailed but the flooring is similar. 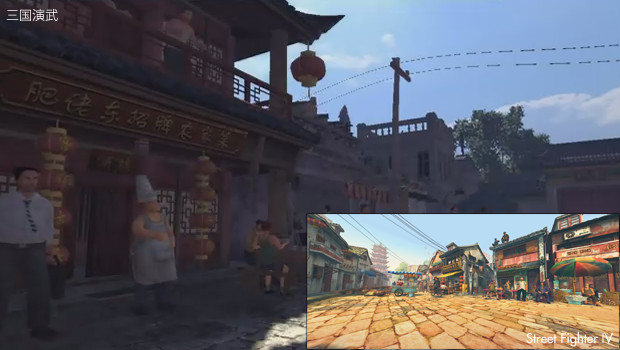 China stage. But in this game, of course all the stages are in China. Both have a restaurant in it.

The moves are a bit more interesting. While some are direct copies from SFIV and other games, other copy only (parts of) the animation and do something slightly different with them. This one has the same ending as El Fuerte's Flying Giga Buster, but the toss at the beginning is different.

Gen's Crane Style ultras where combined into one. Turn into a tornado, then slice them up.

Shin Shoryuken. It copies the startup on point.

But leaves the opponent in the air and catches them in a similar manner to the ending of Dudley's Corkscrew Cross. In here, he throws a fireball with his punch though.

I only ran through a handful of them for this blog. I'm sure plenty of you SFIV players and other fighting game fans have already recognized many other things from the video. But guess what? That same channel has move videos for every character in the game. All 10 of them. So stay tuned. We'll go through every one them some other time.