Whenever I listen to feminists like that Anna Snarkeesia, I find most of their points agreeable - but then they start talking about how female characters are designed for the male gays. They seem really insistant that characters like Bayonetta are made with the male gays in mind.

Now, I'm sure gay men think Bayonetta is sexy and fabulous. I can even see fashion designers looking at her and going, "Yes," but I think this view is very limiting. I mean, what about the female gays? Or bisexuals? Or even heterosexual males? I think feminists that fixate on the male gays are kind of throwing everyone else under the bus here. Even if heterosexual women don't want to sleep with Bayonetta they might like her style, personality or that she kicks serious amounts of ass.

I'm a lesbian superheroine and I have to say that the dominatrix-librarian-with-a-pixie-cut look that Bayonetta currently has appeals to me. British accents and long legs also do it for me. It's like Bayonetta was designed with all my weaknesses in mind - she might be my kryptonite and I'd want to give in to her. 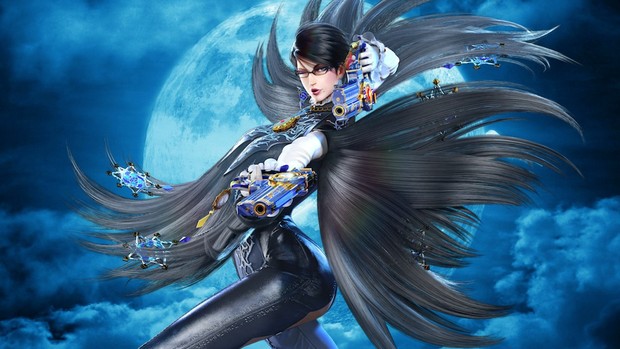 I would love to sleep with Bayonetta. If she can kick an F-16 into the air and fight angels and demons on them, then I want her legs around me, her hands all over me and her lips on mine. Or we could just go out for coffee. Or lounge on a couch and chat about Umbra witch stuff, I guess. Whatever she wants, really. I guess I shouldn't impose because she's clearly a top.

I would also love to have stiletto heels that double as guns. That means I could quadruple-wield guns, which is cool as hell and what girl wouldn't want such things? Guys would think twice, perhaps even two more times before pestering a woman wth gun heels on the street - especially in US states with open-carry laws.

Anyway, I think this whole "male gays" thing is barking up the wrong tree. I don't know why some feminists are so hung up on this. It doesn't seem very intersectional. Alina Sarcophogas can shut it on this issue. Bayonetta is awesome and if she was designed for the male gays, that's fine, but It seems like plenty of other people like her, too.