8 Game Trends That Need To Go

You Know what else needs to go? Intros. You know what a list blog is, you're smart, I trust you. 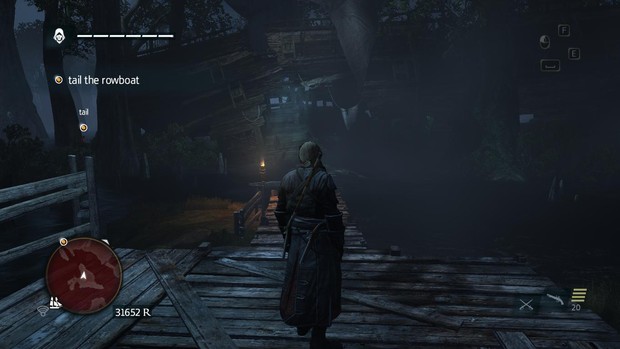 You know what I love to do in my openworld games built around traversing the environment in fun non-restrictive ways? That’s right, very slowly following someone as they obey all the rules. Waiting for them at red lights, watching them stop to have conversations, staying perfectly still and not pressing anything because every button does something that “draws attention”, starting all over again because you got too close or too far away, nothing frustrating about tailing missions, no siree!

Worst Offender – Assassin’s Creed: Tailing missions are one thing, but Assassin’s Creed forces you to wrestle with its “stealth” mechanics while doing it, and insists that you must keep your target on camera at all times, and that you get close enough to eavesdrop, next thing you know you’re in a bush creeping on Gorge Washington and wondering what the hell happened to this series. 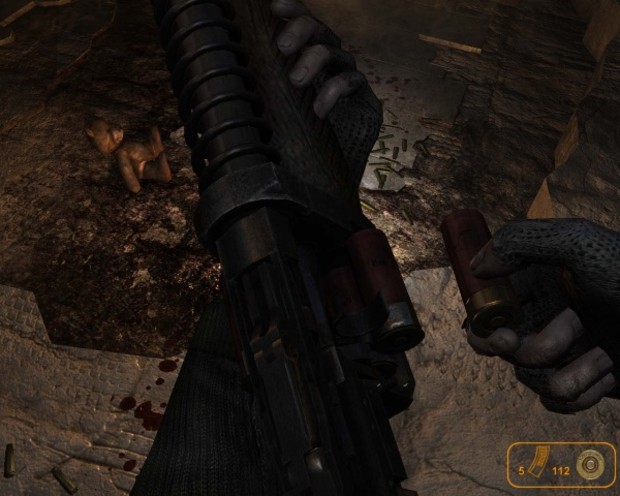 I think everybody who plays shooters has at some point considered the potential of more in depth reload mechanics, like what if reloading early wasted the rest of the clip instead of magically adding the spare bullets to your total? You’d have to manage your ammo consumption and fight your OCD need to reload after firing one bullet. But I can only assume these mechanics turn out to be too frustrating in practice since no one has implemented them. That is, except for the shotgun.

There we have to watch the lavishly detailed animation as you slide every individual shell into the gun, most current games even let you interrupt the animation in emergency situations to fire off the shells you’ve already loaded, tactical depth and resource management all in the middle of a shootout! Sounds fun? I agree! Except it’s only shotguns, making them a massive crutch compared to other weapons. Why can’t every weapon have this depth? There’s an entire boss fight in MGS3 dedicated to the boss figuring out how fun this could be. Seriously, half of Ocelot’s best quotes are about how much fun it is to reload guns. Let us do it!

Worst Offender – Every Shooter I guess: I mean, it’s not going to be racing games. 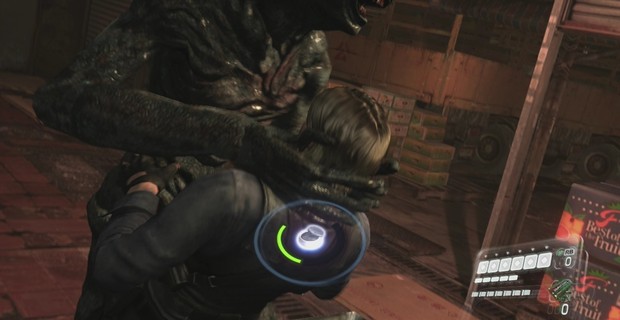 For the unfamiliar, which might be everybody since I just made up this term, stun waggle is when your character is grabbed or incapacitated and the game forces you to violently jiggle the analogue stick to regain control. A nice idea in theory, your brain associates the left stick with movement and shaking it is a nice way to represent the struggle to break free or snap out of a daze, much like shooting with the shoulder buttons – it should just feel right.

The problem? It’s going to break my damn controller! It has already! More than once! Let us mash a button or something instead, anyone who’s familiar with character action games knows all too well about the dreaded “CLACK CLACK CLACK” sound that counts down the lifetime of your analogue stick.

Worst offender – Platinum Games: As if having to buy new a console to play each of their games wasn’t bad enough, having to buy a new controller for new game+ is pushing it. 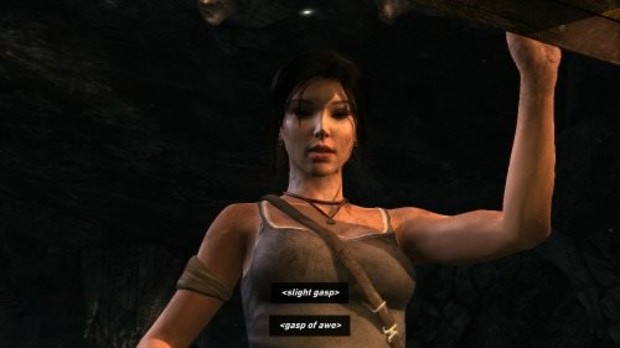 A little trick games are pulling these days for immersion is to smother sound depending on where it’s coming from in relation to the player. It really draws you into the experience if you’re wearing headphones or have a decent sound system, it really takes you out of the experience if you have to turn on subtitles or stop and turn the camera at whoever’s talking so you can actually hear what they’re saying.

Worst offender – Naughty Dog: “What’s that Ellie!? You had a really insightful comment about the tragedy of the human condition? Sorry, I missed it because I’m down the hall looking for scissors in this toilet!” 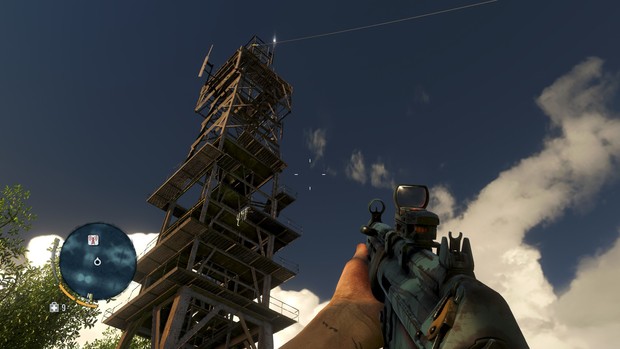 Wow, it even feels like a waste of time to explain it at this point but you all know the drill. Kill the bad guys and get to the big thing so you can climb it or liberate it to unlock part of the map which unlocks sidequests that get you more weapons so you can get more places and climb more big things etc etc etc.

It’s ironic that openworld games, whose selling point is freedom and emergent gameplay, have become the most formulaic and predicable in the last few years.

Worst Offender – Ubisoft: I don’t think I even need to buy any of their games in 2015, I’ve basically played them all already. 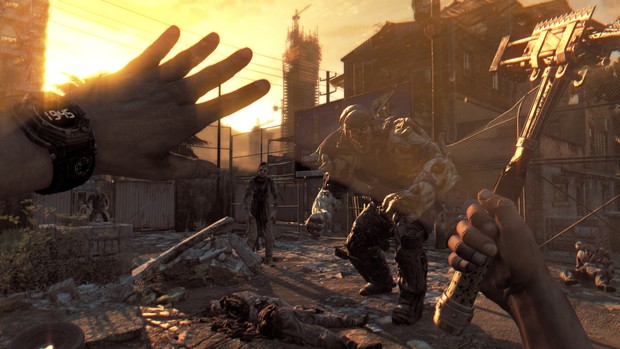 Okay, maybe it’s just me but I’ve had a next gen console for about two months and I’m really having trouble...seeing things, or rather, seeing everything, all at once, all the time, flashing, brightly, in my eyes, my eyes you guys, my eyes hurt so much. It’s a symptom of every new console generation, everybody wants to show off their shiny new graphics, but this generation is especially obsessed with lighting effects.

Bright explosions, flashy effects, bloom lighting, all have been turned up to eleven, even a muted game like Abe’s Oddysee had remade into a blinding lazer show. Hell, Dying Light’s main selling point seems based around recreating the “Ah, crap, the sun’s in my eyes!” experience.

Worst Offender – InFamous Second Son: I’m going to find whoever came up the Neon powers and follow them around with a laser pen for a week. Aside from burning Delsin’s silhouette into the back of your eyelids, they start to impede the gameplay flow, Neon (and the other power I won’t spoil) are so visually loud and dazzling that it becomes difficult to tell if you’re even hitting your targets anymore, especially during night sections. 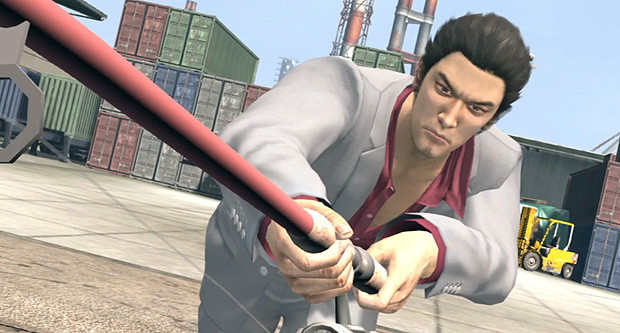 Oh my God this is so boring stop doing it! It’s literally just standing in place and waiting for a button prompt, unless it’s one of those advanced fishing minigames which somehow become extremely stressful by introducing reeling mechanics and line breaks.

Worst offender – Japan: I suppose an island nation would enjoy their fishing, but it is beyond me why every Japanese game with even a semblance of freedom or openness insists on including a fishing minigame. God help you if it’s the kind that requires you catch a certain type of fish that can only be found in a certain part of the map which requires a certain type of bait that is only sold by a certain merchant if you want to unlock the True Ending. 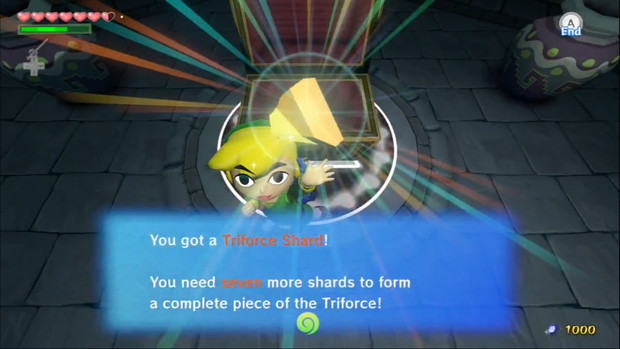 Pacing is important, and a steady pace can be difficult to maintain for any game over eight hours. Usually the best way to achieve this is to set up a long term goal and guide the player there with smaller, achievable short term goals. Zelda games however, and those who take inspiration, take this to a ridiculous extreme, where short term goals become massive road blocks that plague you at every turn. While fundamentally similar to any other progression blocker in gaming, Zelda Pacing brings with it a persistent feeling of being set back or delayed, a continuous shifting of the finish line, and a weight on the shoulders. When you finally complete something it turns what should be a feeling of accomplishment into exasperated relief. As an example, let me explain a personal stand out moment from our Worst Offender – Darksiders 2.

You’re told you need to reach the Well of Souls and to do this you must contact the Lord of Bones who is reached by climbing Serpents Peak to summon the Eternal Throne which itself turns out to be a giant traversable dungeon. But just before the throne room you’re stopped by The Chancellor who says you must go to the Gilded Arena and fight the Arena Champion before you can get an audience. So you go to the Arena and are told you must assemble three Animus Stones to summon and fight the Champion, after this you can finally talk to the Boner Lord who won’t grant your request until you find his three Dead Lords. Aside from having their own dungeon, EACH, one even demands you find him three Lost Souls before he agrees to go with you and I don’t know what happens after that because that’s when I deleted the game, realising I was on a sub-sub-sub-subquest. Keep in mind that these five to six hours of hoop-jumping are all for the purpose of getting someone to just talk to the protagonist properly and let him know what he’s actually supposed to be doing.

Death blur: Making it really hard to see what’s killing you by drowning out colour and smearing the screen with blood, this is literally the worst possible time you could obscure someone’s vision in a game.

Audio tapes and notes: What was once an interesting way of fleshing out characters is becoming a crutch, aside from the believability of everybody constantly writing and recording their actions and leaving it scattered everywhere (err, aside from social media), notes and audio tapes are becoming exposition dumps, telling us what they should be showing us.

Co-op integration of single player story mode: If you aren’t a Souls game you aren’t doing it right.

The word “Badass”: Come on, stop saying that, people are watching, you're embarrassing yourself.

Piles of furniture blocking staircases: Once you notice it you can’t un-notice it. This is especially prevalent in post-apocalyptic settings, as though “duck and cover” was at some point replaced with “push your sofa halfway up the stairs”.