You read that right Rosalina giveaway, that's speciffic to Destructoid members (well as speciffic as Twitch can be) I'm going to be giving away one of three Rosalina's I picked up today because one's for me and one's claimed for by someone on Destructoid. However the last mystical third one... is for one of you! The way you get it is kind of... not something I want to particularly do but figured it would be fun to do as well. 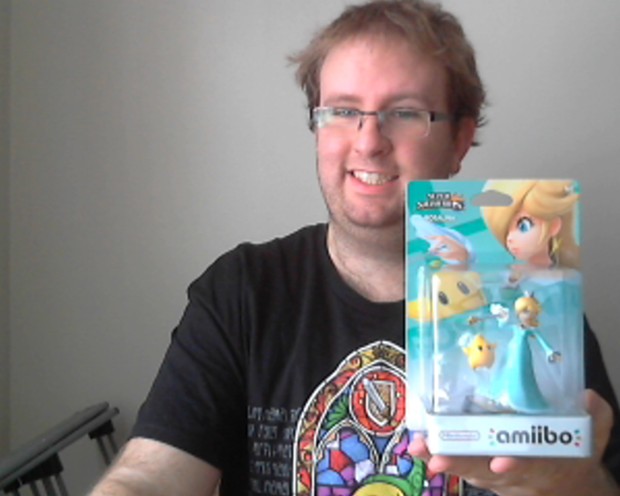 And before Nekro asks, I just shaved my beard a few days ago, got in the way of BBQ and other sticky foods...

And that's where the Band of Bloggers comes in, I'll be livestreaming my roll by the dice playthrough of Fallout 3 (dice have already betrayed me so far... I wanted Fallout: New Vegas and it chose Fallout 3. Damn you dice god!) So basically once we hit about 20 viewers on my twitch stream I'll choose one of you from Destructoid to win it, preferrably with people subscribing to my twitch channel which is: http://www.twitch.tv/lokik21

Once again I kind of don't like doing this because it's a little douchey... but at the same time I want to talk to people about Fallout as I play and I'm hoping this will have people want to watch. The stream will start at about 8PM central time and we'll go until probably about 12 PM for a three hour break but then come back at 3AM central. As long as we hit 20 viewers I'll roll the dice and see which Destructodian gets it, if it's obvious 20 viewers is out of the question... I'll lower it. Once again I'm sorry this is a little douchey but... yeah.

One other small little part of this, I'm willing to pay for shipping for anywhere in the United States, if you're somewhere else in the world... well... unfortunately shipping will have to be paid for since it's a bit expensive.