A Million Ways to Throw Paint: The Single Mechanic Behind The Unfinished Swan

My favorite games often revolve around taking one or two basic mechanics and applying them in multiple, unique ways; layering and building off one another as the game progresses.

Recently, I purchased The Unfinished Swan from the latest PSN Flash Sale (I know, took me long enough!), and never before have I seen such a simple mechanic applied in so many ways! It utilizes paint throwing creatively, nudging the player's curiosity and motivating them to progress further.

The game wastes no time dropping the player in a world (seemingly) filled with nothing, with no context (other than the intro, of course), direction nor instruction given. It's not until the player throws that first ball of paint that the world is revealed to them, which motivates them to keep going, pushing them to discover more on their own volition. 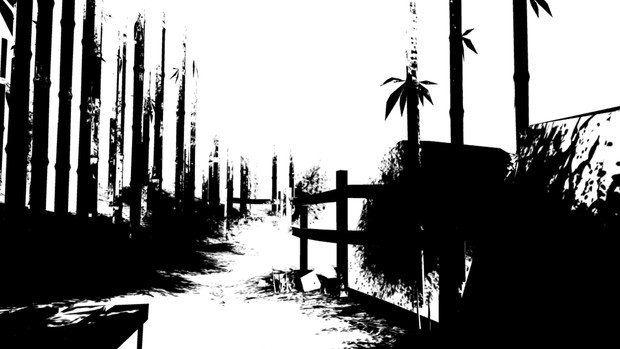 Right away the player is given control of how much of the world they want to see and how they want it to look based on how much paint they throw. The player creates their own image of a pre-imagined, static world. How much the player sees and what form it takes is entirely up to them.

In Chapter 2, this mechanic is taken even further by giving it a new role with gadgets and other elements to play with.

This time, the player throws water, which still reveals elements of the world, but now disappears after a short time. 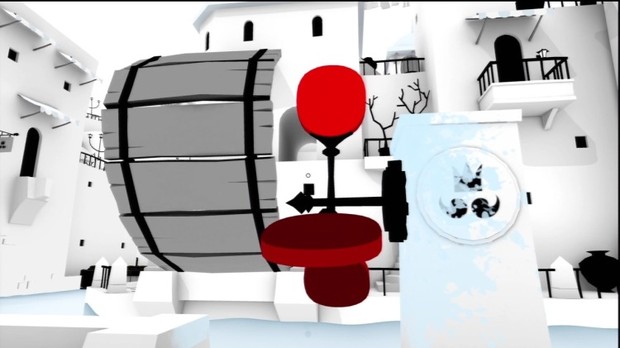 Propellers and switches are also introduced, requiring the player to continuously throw paint in order physically change the environment, like making a bridge appear. Throwing paint is still the main way to progress, just in a different manner. 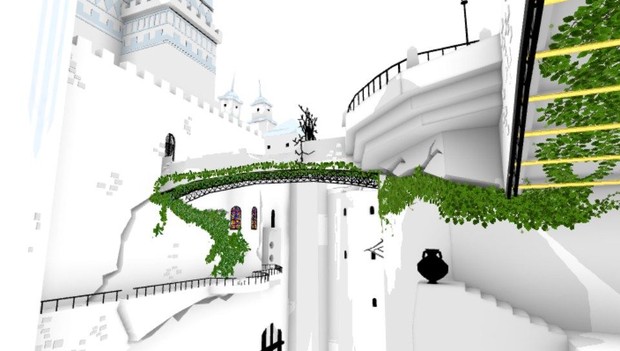 The player then finds vines that grow when hit with water, which can be climbed when grown on walls and ceilings. Again, same mechanic, but a new means of progression.

Inside a tower, the player must grow vines in order to climb to a hatch in the ceiling, which must be opened by throwing water at the attached propeller. Separate elements are combined in order to provide new challenges.

In the next chapter, the player is dropped onto an island drenched in shadow, the piercing, watchful eyes of a giant statue giving the player their destination. 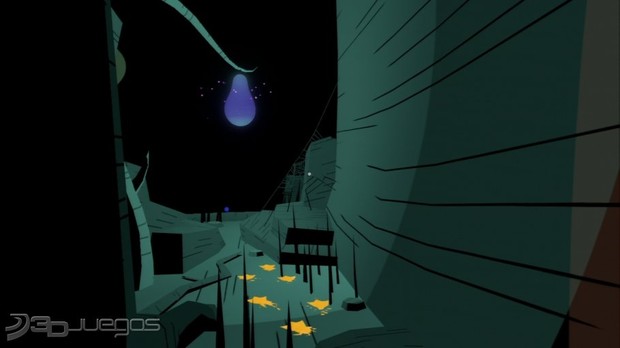 Light bulb-like plants give the player direction, and by throwing paint at them, light up the surrounding area, guiding and protecting them from bloodthirsty creatures lurking in the shadows. Paint once again acts as a navigation method, but is restricted in order to provide a greater challenge of repelling creatures and finding the path forward.

These elements are further built upon when the player is tasked with throwing paint at a ball of light, rolling it along in order to progress, which then must be chased down a hill and followed across a hazardous river, heightening the challenge. 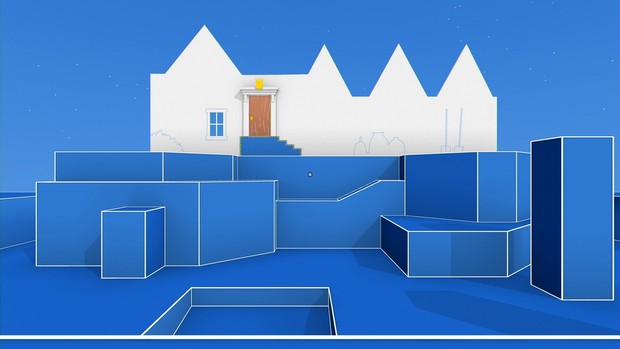 After jumping through a painting, the player gains the ability to create platforms by tracing and shaping them with paint, reintroducing player inspired progression by allowing them to control where to place platforms and how to shape them.

Without spoiling the ending or any thematic elements, in the game’s final chapter, all of these elements are tied together in one final stretch, giving the player the opportunity to re-live the journey they went on and the work they left behind.

Whether it’s navigating the world by creating a unique path, playing with switches, growing climbable vines, lighting up and guiding beacons of light, building bridges, platforms, stairs and boats, or progressing the story, The Unfinished Swan is a modern example of how to take a single mechanic and build a dynamic, evolving gameplay experience.