Survival Horror at its very core opposes much of traditional game design. It depowers the player and forces them into an uncomfortable situation where patience is rewarded and recklessness is punished with a frequent return to the death screen. In comparison to games like Silent Hill, Resident Evil's protagonists are very powerful, but we are looking at RE by itself. The game is structured around this idea of panic and tension created by a lack of supplies, limited mobility, and a hungry horde of monsters ready to have a nice elegant meal over your flesh. Though later games did change the model, the early games reveled in giving the player an anxiety attack. 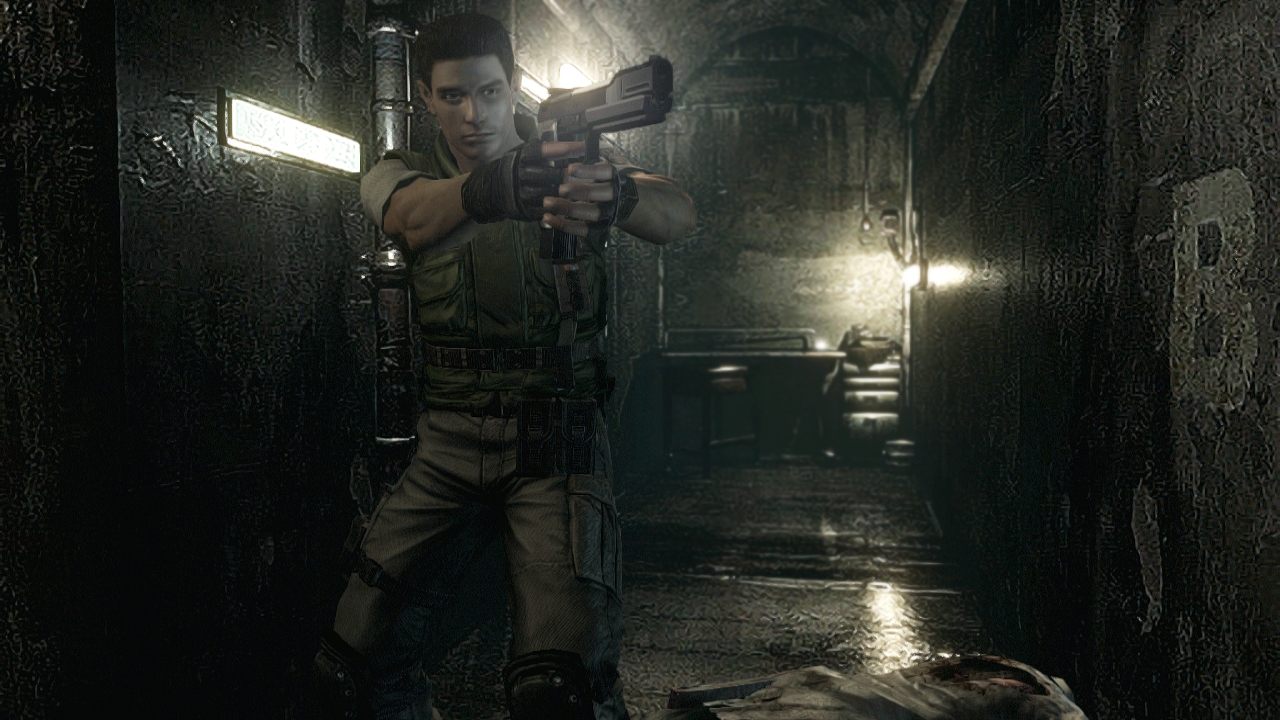 Many games throw guns and ammo at the player and throw targets at them like a really interactive shooting range. Resident Evil makes every encounter stressful with the lack of ammo and power of enemies. Even the most basic zombie can wreak havoc on an unprepared player. Finding a balanced curve in resource allocation is essential, and when done right, makes the player worry constantly; carefully choosing which targets to kill and which to avoid. In a game like this, there is no shame in running away. In this regard RE walks the like perfectly (unlike Evil Within, you sadistic mistress). REmake is the perfect example of this in the series, as every zombie is a threat, and will make you think twice about wasting that fresh box of ammuniton. 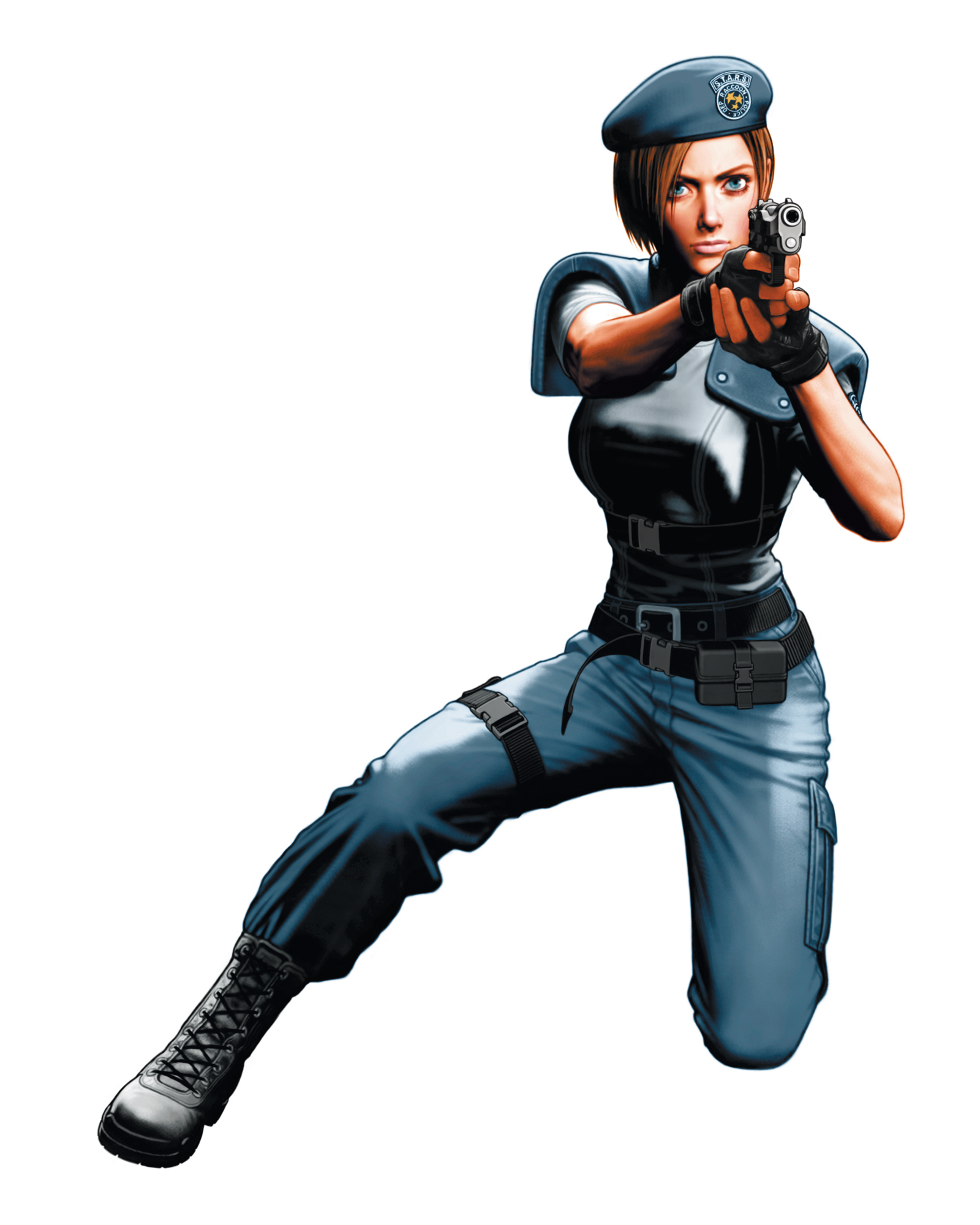 Some games can pull off dread and terror and tell a really good story at the same time. We applaud these games and celebrate their brilliance. However, most of the time they run on the cheese factor. This isn't ideal, but RE is usually good at walking that line of scary and campy. The dialogue and story is just serious enough to come across like an old 80's monster flick. Despite this, it still provides that moment to moment tension and scares that give it the horror element.

So we have the two elements necessary to fit the genre, survival and horror. Both of which RE does great. If it was that easy why have so many survival horror games failed? Well the genre has a lot of small working parts that have to fit together perfectly. When done right the game flourishes, when done wrong the entire thing falls on its face. We already talked about resources and empowerment, but a little more goes into it.

The structure and design of the levels (for lack of a better word) are vital. RE and survival horror works best when it's tight, cramped, and navigating is a bitch. Cramped hallways and a labyrinth of locked doors create the pacing and tension necessary. The cramped space gives little room to escape enemies and makes the player feel small, adding to the whole depowerment thing. Making the level itself a maze creates much of the pacing. Sending players back and forth to new and old areas gives the sensation of being lost, and can create frustration. This puts the player in the right mindset, and seeing that camera fixated on the same window creates that sense of "something is going to jump out and scare the shit out of me".

In my personal opinion, Resident Evil Remake is the pinnacle of the series and the essence of what survival horror is. Sure, Silent Hill 2 is still my favorite, but the Remake is a close second and what I believe to be perfect in every way. It does all of the aforementioned elements, but throws in even more. The addition of Crimson Head zombies in particular are one mechanic that I wish would be revisted. In keeping with tradition, tank controls were used. Most people are going to throw fits and riot against this opinion, but tank controls are still the best way to play survival horror. RE4 did a lot for the franchise in terms of opening it up, but the old-school controls create the perfect tension and put the player in the right mindset; you just can't be fully terrifying if your movement isn't stinted.

The remake also gave the perfect amount of challenge while still being fair. Games like RE 5 take it too far and give you too much ammo and resources, while games like Evil Within make you feel like a biggest loser contest who somehow found his way into the joggers of America club. It takes patience to get through, and it scares the hell out of you while doing it. Sure, RE4 will forever receive the credit, but hopefully with this HD release, more people will experience its brilliance.

This is a fantastic genre, but unfortunately it does not receive the credit it deserves. Many believed this past year would be the resurgence, but nothing really became of it. The PS2 has come and gone the golden age of survival horror it's over. Luckily, with rerelease like this games can still get their fill, and maybe Capcom will have a change of heart and give us a remake of RE2.... Please. 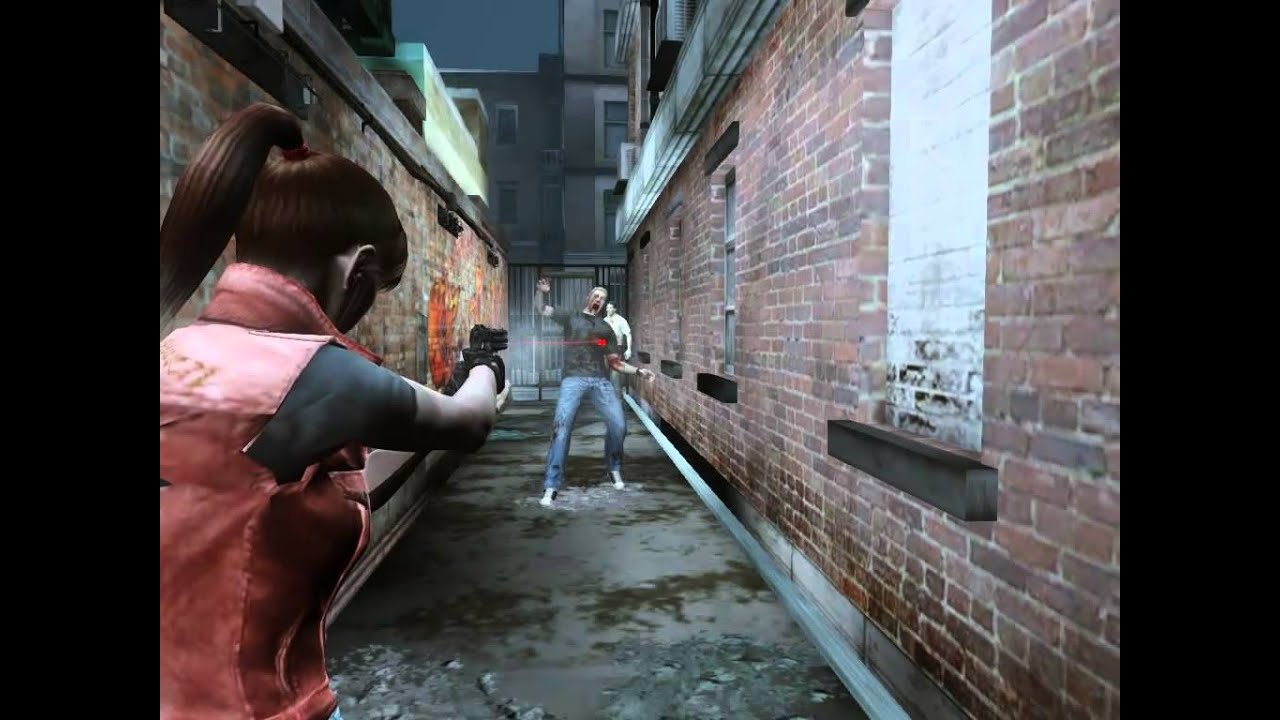