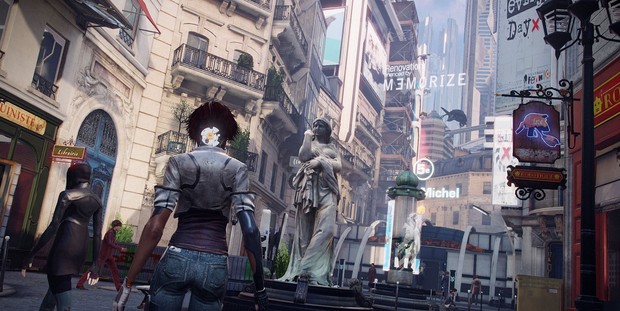 When playing a game, one of the things that tends to really stand out to me is its setting. We have such great variation in the games on offer to us at any given time so it comes as no surprise that there have been many unique settings along the way. It's easy to just have a game set in a world that doesn't stand out. Putting an rpg in a generic fantasy world or having your shooter set in a modern day city doesn't make it bad, but there are so many games that go that extra mile and take you to worlds that you never thought you'd see. Let's talk about a few of them!

Enslaved: Odyssey to the West 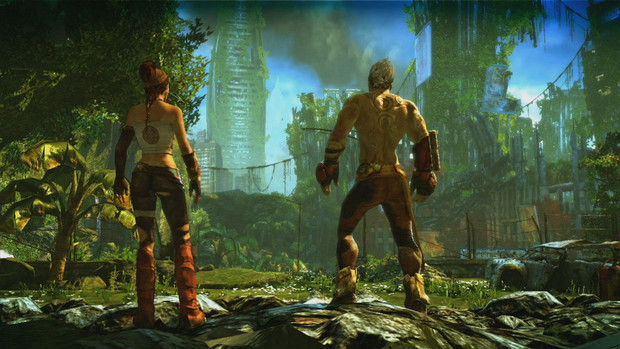 All too often we get games that take place in some sort of post apocalyptic setting that feel the need to go the usual route of brown wastelands devoid of life. Thankfully Ninja Theory chose to go a different route with this unique take on the old Chinese fable. As Monkey you'll escort the lovely Trip through a world that no longer belongs to humans. You'll venture through a city that has taken the phrase “urban jungle” to a new extreme with it's large plants and strange wildlife. Enslaved shows that just because a world after the downfall of humanity is deadly and depressing doesn't mean it can't be beautiful in its own way. 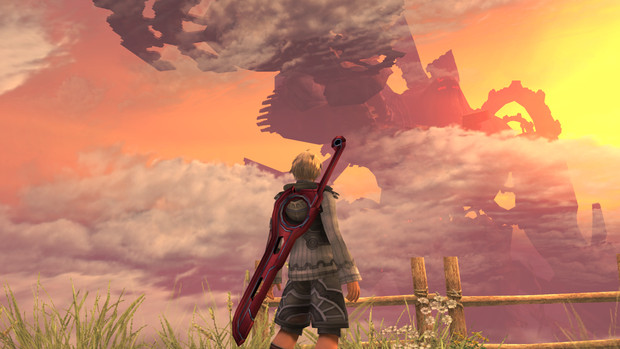 Here is a game that really created a unique and intriguing setting for people to explore. Xenoblade Chronicles is a world that, in a way, is a world within a world. Long before the events of XC there were two gigantic beings fighting each other in what seemed to be a never ending duel. One day they each struck a blow that left the other unable to fight back, but connected to each other. Over time life began to sprout on these enormous beings. You get to explore a beautiful and unique world that takes you along the enormous bodies of the Mechonis and Bionis and it's a fascinating trip the whole way through. The idea that the characters you control in XC are actually life forms that exist on other, larger life forms is amazing, and it's one that I won't be forgetting about anytime soon. 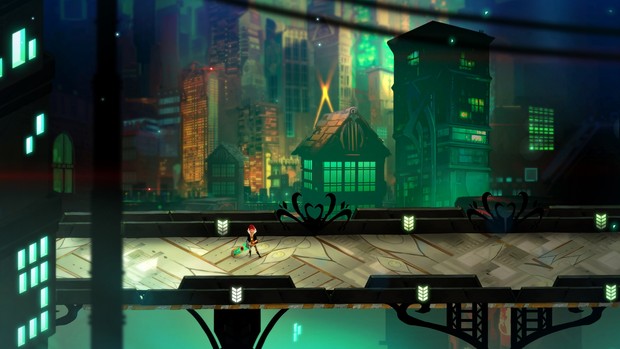 I could talk about this game for longer than anyone would ever care to sit and listen. Transistor has many stand out features and its setting is no exception. Probably the most intriguing thing about Transistor's Cloudbank is that there is no way of know exactly what it is. This strange cyber world where the weather is controlled by computers and all the environments have the most fascinating color schemes is such a wonderful mystery, especially since you're introduced to it just as it has begun its downfall. It's such a shame that you're never allowed to explore the city in its full glory. Such a beautiful shame. 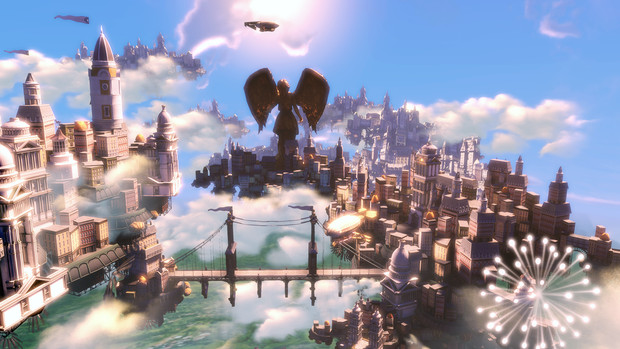 Both the original Bioshock and Infinite have incredibly fascinating settings. From an underwater city of people too smart for their own good to a floating city of holier than thou citizens following a less than sincere prophet. Each are presented in unique ways as well, with Rapture left for you to explore after it has fallen to its own selfishness and Columbia you get to see in its faux utopia state before and while it's plunged into chaos. People will have their preferences, but there's no doubt that each of these settings are intriguing in their own way. 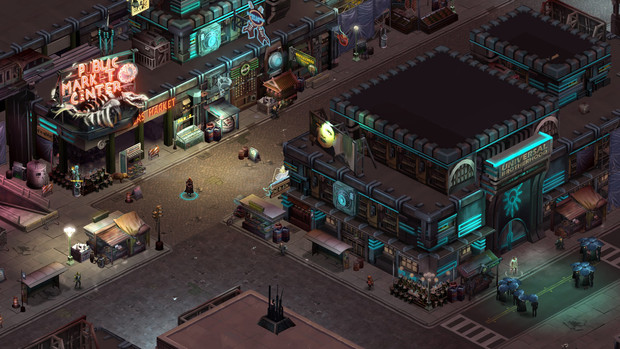 A futuristic world where magic has manifested within people and evolution has brought orcs and elves into a strangely familiar and yet alien setting? What's not to like! If you already liked cyber punk and fantasy settings before you found out about Shadowrun then you must have been intrigued by the idea of having them mashed together when you learned about this. The fusion of tech and guns with swords and magic is an idea that I've always found fascinating, (It's one of the reasons that I've always been so into Final Fantasy!) but no one mixes it together in quite the way that Shadowrun does. 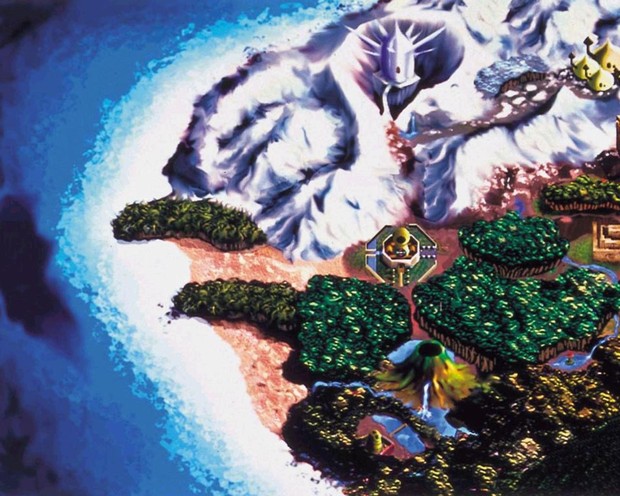 The fascinating thing about the world of Termina is how it compares to what you expected it to be going into the game for the first time. Zelda games almost always take place in the land of Hyrule, and while that setting changes with each iteration no game quite manages to throw you for a loop like Majora's Mask. Termina is essentially a strange and twisted version of Hyrule. I don't mean that in the way that the Dark World or Lorule were mirrors of Hyrule; Termina comes off as more of a manipulation of someone's dreams. The people and locations are familiar to you and yet somehow feel worlds apart from how they should be. And let's not forget about the moon falling from the sky! “You've met with a terrible fate, haven't you?” This quote from the mask salesman is one that sticks with you through this game, because the whole experience can feel as strangely haunting as his words. 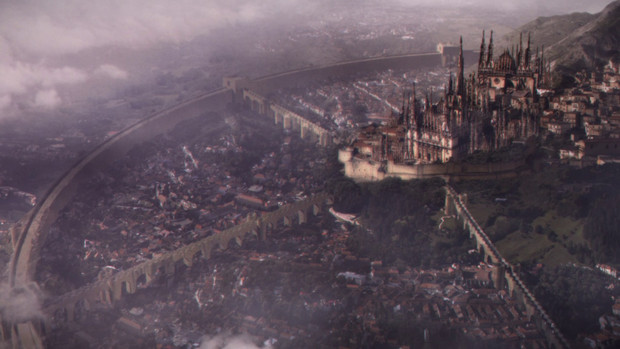 The Souls game never lack for an interesting world for you to explore, but this entry was probably home to the best realized one. To say that Lordran is on it's last leg would be giving it too much credit. The haunting country side is barely hanging by a thread. A place once inhabited by Lords and their loyal subjects is left in ruin. A lord of light hidden away underground trying desperately to keep his kingdom whole, a once powerful witch and her daughters left to suffer from the results of their own pride, a dragon who betrayed his own kind gone mad from seeking what eluded him... Melancholy is something the world of Dark Souls is all too familiar with, and it makes for a fascinating place to explore.

There are so many amazing worlds that I've gotten to explore in the many years that I've been gaming. With enough time I could keep you here for ages listing off fantastic settings like those of Oddworld, Dishonored, Shadow of the Colossus, Remember Me, and so many more. But since I don't want to keep you here all day, how about helping fill in the blanks by telling me some of your favorite settings. You guys never fail to bring up great examples that I overlook, so don't let me down this time either! Oh, and thanks for reading.