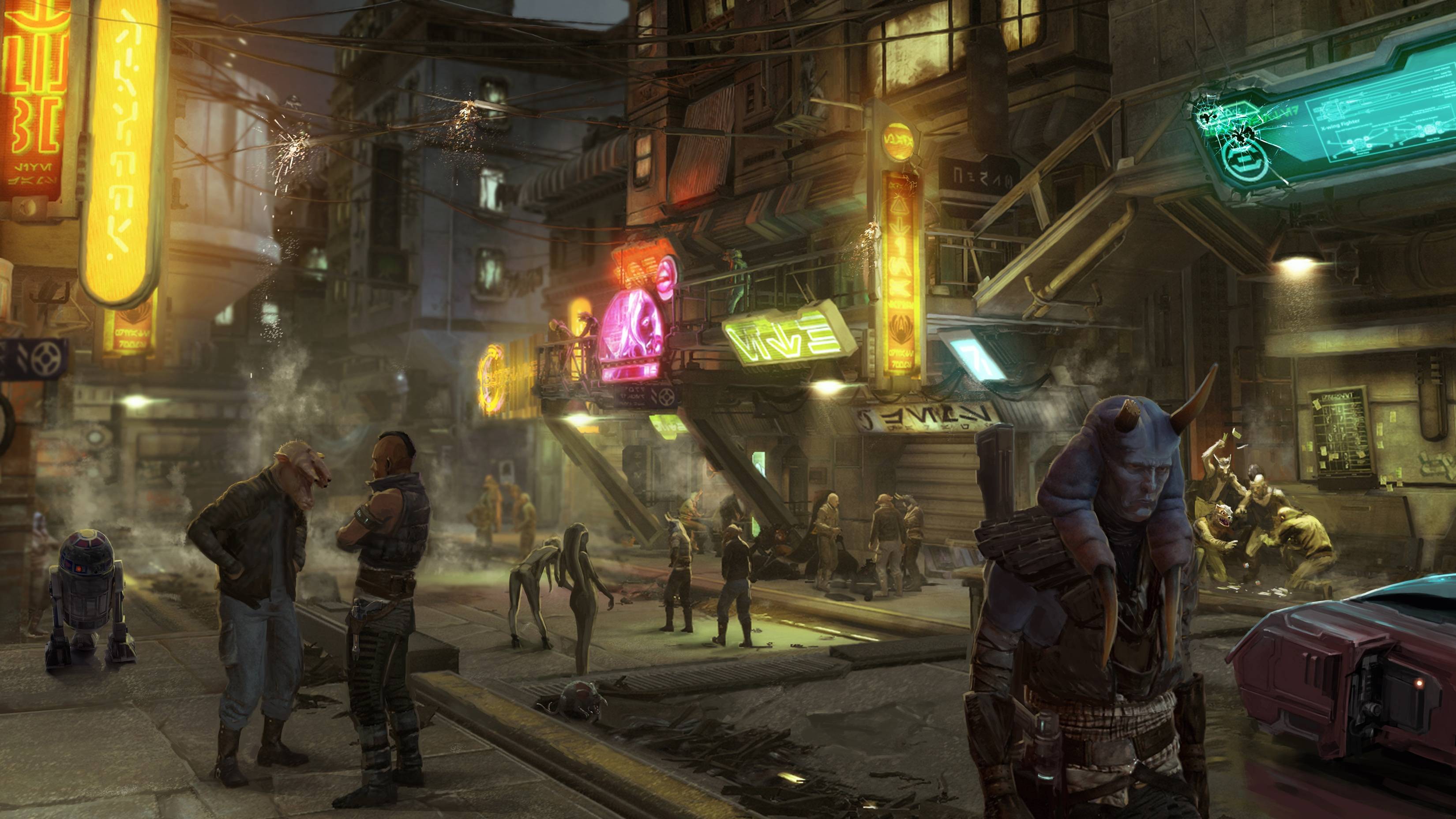 This is some slick concept art for the brutally murdered Star Wars 1313 game. Mourn, mourn like you mean it. But hey, at least we have the new Battlefront game coming out!

It’s always interesting seeing games that were canceled, the concept art, sometimes we even get to see gameplay. It doesn’t always happen but it can be pretty neat when it does. The concept art for Destiny was just the most stunning thing but in reality has been less utterly amazing with hints here and there of what was suggested and more in line with reality. Lots of great fun to be had though. Come join us tonight!

In other news I recently finished yet another science fiction series (The Culture Sequence) and am looking for more stuff to read, if you have some suggestions please leave them in the comments so I’ll have something more to read! CornflakeJustice

The Last of Us: Remastered Nanashi 9pm Nanashi Horrific violence for all!

Warframe Trev 12am ElZilcho There’s always something else to level up!