Why the Refused Classification of Hotline Miami 2 is Censorship.

Recently Hotline Miami 2 was refused classification in Australia (where I live) due to a “graphic” rape scene. Destructoid reported on this with this little article.

In the article, the author claimed that it was not censorship. They claimed that being refused classification was like being given an AO rating by the ESRB, apparently oblivious to how video games are rated here.

The Australian Classification Board was set up by the government and can actually enforce laws. If the ACB refuses classification to any piece of media, it becomes illegal to sell/display and import said media.  Because the ACB is a government agency it is also illegal to sell a game rated MA15+ and R18+ to anyone under the age of 15 and 18 respectively. 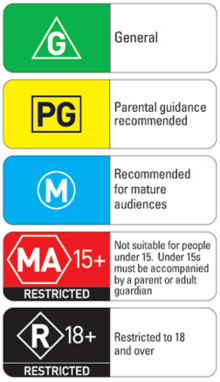 The ESRB on the other hand is a self-regulatory organisation with no real power what so ever, and is used more as a tool for parents to decide what is appropriate for their children. If a game is given an AO rating by the ESRB it only means that they believe that the content contained in the game is only suitable for people over the age of 18. This means that even if ESRB ratings were enforceable by law, it’s still only the equivalent to Australia’s R18+ rating.

One last thing, this is what Oxford defines censorship as –

So yes a government board banning certain media is censorship. And for more information on censorship in Australia you might as well check out the ACB's website.

Hey I'm Zyk. I live in a small town near Melbourne in Australia and I love video games, film and music. And have been playing games since I was 4 playing Jill of the Jungle, Doom and Wolfenstein 3D on my dad's old computer.

When it comes to art I believe in keeping an open mind and will try anything.

My favorite genres of games being Survival Horror, Shooters, WRPGS, Action and Platformers. My favorite series are Silent Hill, Halo and Ratchet and Clank

My favorite films are Pulp Fiction and the 1982 version of The Thing. I also love watching any horror movie I can get my hands on.

And when it comes to music I like it fast and heavy but especially love Melodic Death Metal. The fusion of melody and brutality gives me a tingly feeling in my pants.