The Artist Formerly Known As tsunamikitsune 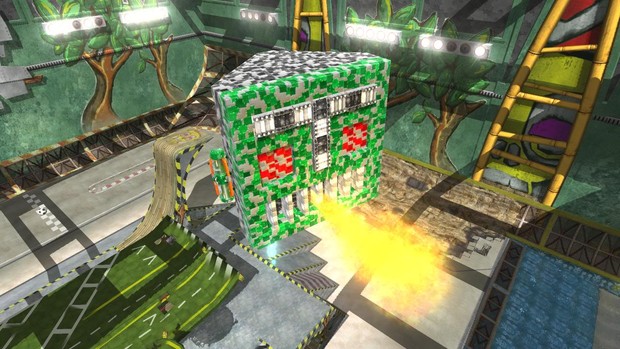 Hello, Destructoid! It has been a long damn while.
My name is Eric, although some of you may remember me as Kit (or by some other butchering of my old username, tsunamikitsune). A little more than 8 years ago (!!!!), I stumbled upon Destructoid and became a regular reader. On August 21st, 2007, I wrote my first Cblog and in the years that followed, I wrote quite a few more…in fact, this entry will be my 85th post!
Of course, the quality and length of those posts varies pretty greatly, but who cares: I had fun with it. And I met a lot of cool people along the way. You can see a few of my favorite moments on Destructoid to the right of this post, but honestly, my best times were probably spent in Dtoid’s unofficial IRC channel. 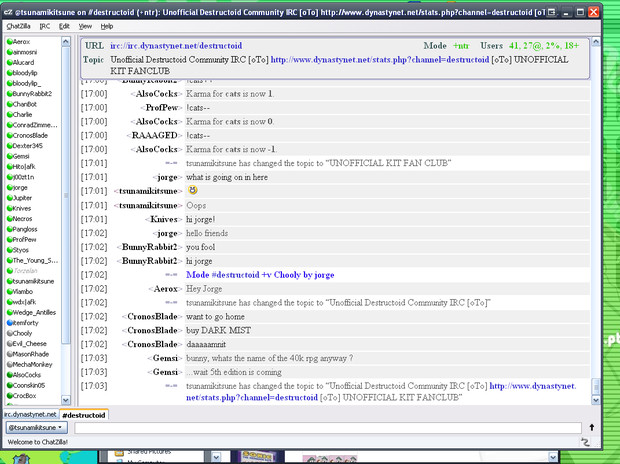 I could reminisce about the “good ol’ days” for hours, but that’s not why I’m here! You see, every time I look at my weird little time capsule of a Cblog, it makes me a little sad. My last post was in 2012 and it was nothing more than a plug for a gaming marathon I was doing (I mean, it was for charity, but still). This weird little page was my home for a number of years and today I decided that proper closure was long overdue.
So, let this be my official “goodbye” to Destructoid…not as a reader, of course, but as a Cblogger.
But hey, this is not a sad thing. I’ve been doing so much outside of Destructoid in the last few years. So much very cool stuff. While I abandoned my teenage dream of being a “games journalist”, I abandoned it for a dream that’s probably even more ambitious: game developer. Of course, it seems like I probably made the right choice considering I made five games last year. 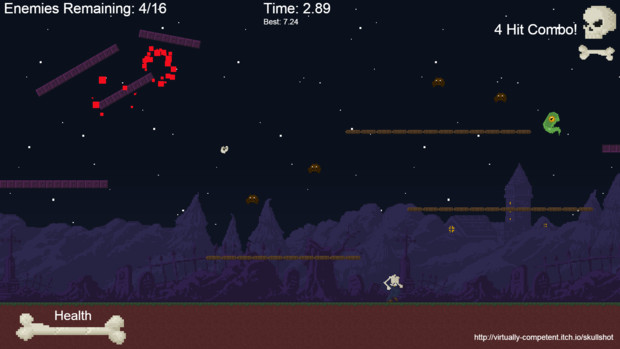 When I started Cblogging on Destructoid way back in 2007, I was fresh out of high school. I spent most of my subsequent years sleepwalking through college, suffering through a long distance relationship, and generally feeling pretty directionless and shitty. Having this weird little place on the internet (with people who were also weird, like me), helped me through some of those rough times.
Today, I’m happily employed at the University of Iowa as an IT Support Analyst. I graduated from the university with an Informatics degree and, while I’m still not sure where I’ll end up, I know that I love making my own games and I hope I can do that for a living someday. Until then, I’m content working a full-time job by day and leading my tiny game dev team, Virtually Competent, by night. I’m super proud of all the work we’ve done and all the connections I’ve made since I started just a little more than a year ago. 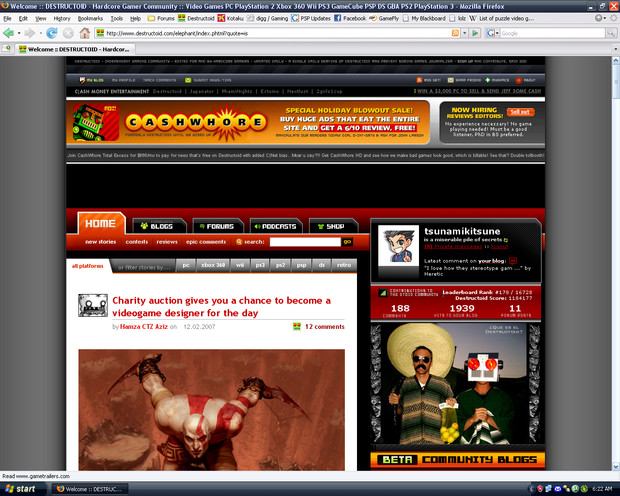 Of course, I don’t think I ever would have gotten this far without the wonderful community here at Destructoid. It was the passion and drive of Niero and all the talented people that have written for the site over the years that made me feel less alone and inspired me to keep moving forward.
So, thank you, Destructoid! I hope that I continue to stand among the ranks of passionate and driven people in all my future endeavors!
Will you miss me as much as I miss you? Feel free to follow me (and Virtually Competent) on Twitter:
@donkeyspaceman on Twitter
@virtuacomp on Twitter
And just because I’m saying goodbye to my Cblog doesn’t mean I won’t keep writing! Follow me on Medium for some of my more recent work (including my massive retrospective on V-Comp’s first year and my GOTY write-up):
donkeyspaceman on Medium
PS: Does anyone have a more complete copy of this image?