Most Anticipated Videogame Disappointments of 2015 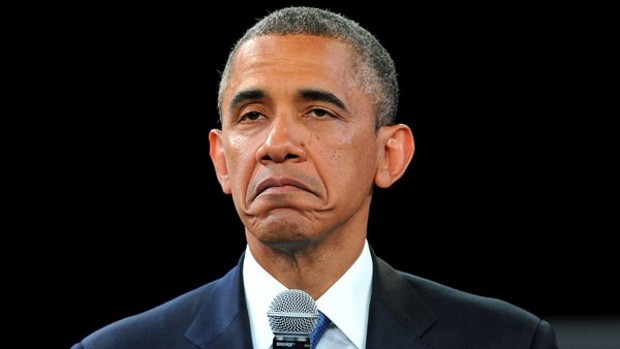 If 2014 taught us anything, it’s that Tay Swift’s still got it. If 2014 taught us anything else, it’s that we should never be excited for videogames. The year’s most hyped releases were met with varying degrees of disappointment, apathy, and outright scorn. Some of the fault lies in overzealous studios, who bandied about the word “revolutionary” to describe their giant robot shooters and NSA-inspired conspiracy thrillers, which is a practice we really need to put a moratorium on. “Revolutionary” is word that should be reserved for massive social upheaval. If your game didn’t directly lead to the beheading of at least one tyrannical world leader, then it’s not revolutionary.

Though as much as we’d like to blame public relation carnival barkers and buzzword-laced press packets, the people most at fault are us, the gamers, who year in and year out fall for developers’ sweet lies like the sad suckers we are. We’re not exactly a group known for learning from our mistakes. Whenever met with any kind of let down, we simply dig our heels in deeper and tell ourselves it’ll be better next time, only to fall all that much harder when the next highly anticipated title arrives underwhelming or outright broken. It’s the reason companies still manage to swindle people into buying new consoles at launch, even though everyone knows buying a console at launch is like putting a $400 down payment on having fun in two years.

But this year will be different. After the shit show of broken dreams that was 2014, I’ve shed all lingering traces of hope and have prepared myself for the inevitable disappointment of any game that looks even remotely promising. 2015 is, after all, the year of disappointment. We were promised hover boards and flying cars, and the most we have are phones small enough to carry around in our pockets that are capable of accessing the internet’s infinite wealth of human knowledge at a moment’s notice. Sure, that’s still impressive, but it’s not a fucking hoverboard.

So with that in mind, here are my most anticipated gaming disappointments of 2015. 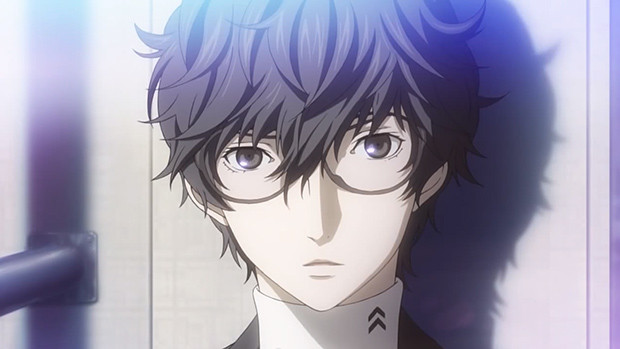 From a pure gameplay standpoint, Persona 5 will be as good as any other title in the series. Like the Pokémon franchise it shares a few passing similarities with, the Persona games have a formula that’s hard to screw up. You get to play the world’s most inexplicably popular transfer student, who has the uncanny ability to make friends without saying a single word and summon a bevy of erotically-shaped creatures to help you battle against the forces of evil. That blend of social simulation and monster fighting is the kind of stuff that JRPG dreams are made of.

What concerns me about Persona 5 is the huge potential for a disappointing cast. As a series that relies so heavily on forging relationships, Persona games live and die by their characters, and it seems nigh impossible to surpass or even meet the standard set by Persona 4. That game’s Scooby gang of meddling teen detectives is one of my all-time favorite casts, from the ass-kicking Chie to the sexually confused Kanji to the un-bear-able Teddie, and I’m simply not ready to let them go.

Sure, they’ve had seven years in the spotlight, getting to star in their own anime, fighting game, dungeon crawler, live stage show, fighting game sequel, and that upcoming one where you just straight-up watch them dance. But it’s still not enough! What about a Persona 4 cereal? A Persona 4 series of episodic Telltale adventure games? A Marvel-esque cinematic universe? You can hire Scarlett Johansen to play Rise. It’ll be great! There are just so many more convoluted spinoffs to explore!

Basically, I'm bracing myself for Persona 5 to be Persona: The New Class, with a bunch of pale imitations that only make me miss the originals all the more. 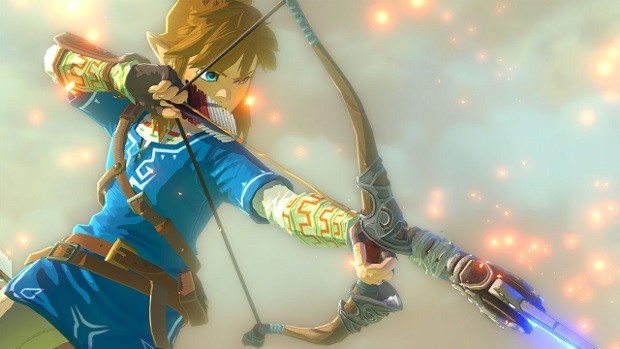 The Legend of Zelda Wii U

Everyone is salivating over the idea of an open world Zelda, because “open world” is the bacon of videogames. It’s the ingredient you slap onto every dish imaginable to try and make the meal sound more delicious than it really is.

The thought of a 3D Zelda that captures the roaming, exploration-heavy spirit of series golden child A Link to the Past is certainly enticing, but I have my doubts about the execution. People are expecting Dark Souls Light, with a richly detailed and thoughtfully laid out Hyrule that players have to figure out for themselves. But what we’re most likely going to get is a game that’s 25% dungeons, and 75% traversing picturesque but ultimately meaningless scenery to get to those dungeons.

The actual footage Nintendo released to hype the game hasn’t dissuaded me of these fears. The four minutes the company uses to showcase one of the titles they’re hoping gets the Wii U out of the basement focuses on the fact that it takes five minutes of aimlessly wandering on horseback through vast fields and forests just to get from one point of interest on the map to another, and that you can pick apples. Fucking apple picking. We griped that Skyrim and GTA V gave us massive worlds with not a lot to do in them, and one of Zelda Wii U’s major selling points is that you can pretend to do the kind of weekend activities that yuppie couples do when they’re miserable and bored in their relationship.

The Legend of Zelda Wii U will have all the scope and none of the charm of a genuinely good open world game. 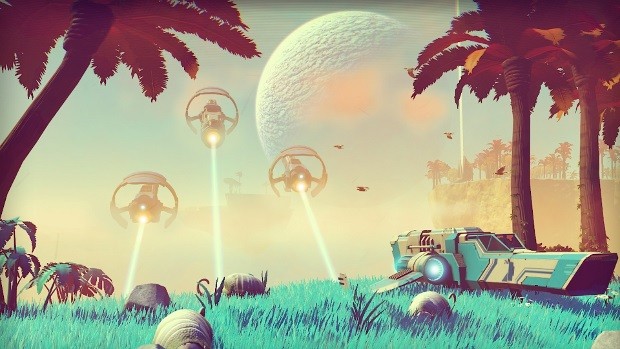 “Infinite” is rarely used in a positive context. When you think of anything in terms of being infinite, it usually only serves to remind you how soul-crushingly insignificant you are, or how meaningless everything is, or how alone we all are, adrift in this endless sea of forever.

Which is why the near limitless breadth of the upcoming planetary exploration game No Man’s Sky fills me with nothing but dread. Whatever mathematical wizardry the developers devised to make the game possible is an unquestionable technical achievement, but stranding players in a world they’ll never see the end of is a cruel joke. I got stressed out collecting all 100 Jiggies in Banjo-Kazooie, and now you want me to discover more than 18 quintillion planets?

Of course, the point of the game isn’t to see everything. The point of No Man’s Sky is to... well, nobody is really sure what the point is yet. Early reports indicate the ultimate goal is to reach the center of the universe by gathering and selling resources, because even in worlds beyond our wildest imaginations we can’t keep things from boiling down to making dat money. But that doesn’t sound like much of an impetus. Nor do such thrilling side activities as studying intergalactic flora and fauna. I don’t need to spend precious time looking at pretend plants. At that point I could just go outside and experience actual nature.

Again, my concern is the focus on size and not content. As the most hyped game of 2015, No Man’s Sky seems destined to fall well short of our lofty expectations. I’m mentally preparing myself for it to be nothing more than a very big fish tank – pretty to look at, but lacking anything to keep you invested in its universe. 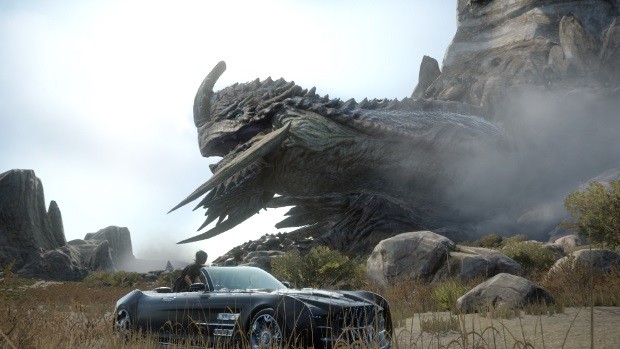 There will still be airships and chocobos, of course, because this is still a Final Fantasy game, but why would you want to hoof it on some glorified ostrich when you’ve got such a sweet set of wheels?

But count me among those who think the Final Fantasy series is beyond saving. The franchise lost something in the transition from its turn-based roots, and I’m not sure Kingdom Hearts-style gameplay is the answer to its battle system woes. I’ve always disliked the insistence on turning your party members into AI-controlled puppets operating purely on the fight itinerary you’ve planned for them. Because you’re not actually playing as them, the only connection you have to your party in recent Final Fantasy games comes from how much you enjoy their personalities, which is a tall order because the personalities of modern Final Fantasy characters are uniformly terrible.

Final Fantasy XV’s core of brooding J-pop rejects doesn’t look to buck the trend of ripping characters wholesale from the Official Guidebook to Irritating Anime Archetypes. Maybe I’ll be wrong and the plot will commit to its road trip narrative influences and be about four young men’s coming-of-age journey to maturity and emotional growth, but more likely than not there will just be the stoic one, the naïve one, the bad boy, and the one who wants to be an airship pilot. There’s always one who wants to be an airship pilot. It’s the Final Fantasy equivalent of wanting to grow up to be a cowboy. 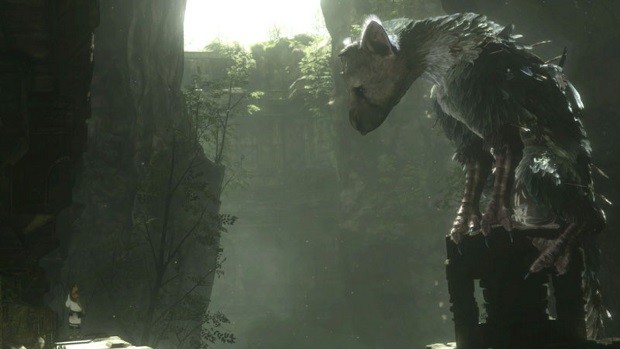 Now, what's everyone else's 2015 title sure to cement the realization that all hope is a lie and everything always ends in disappointment? Feel free to sound off in the comments! Or not. What's the point?