So... we had a three way tie this time actually. 2 votes for Oblivion, La-Mulana and Fallout. I rolled a D12 to decide which of these I should play and well... the dice chose poorly. Out of the three La-Mulana was the one I most wanted to play but I figured I should add some risk to it as well since it was a tie.

As you may have noticed this blog's a day late and I didn't stream last night. I may not even be streaming tonight or until next Sunday truthfully, I kind of caught the flu and was bed ridden all day yesterday when I wasn't in the restroom. Kind of not fun but I'm doing significantly better today but not sure if I could be on camera for 3+ hours without feeling crappy since I haven't been able to keep much food in my body still and feel a bit dizzy. However if I start to feel better it's entirely possible I will stream.

Now as for Oblivion itself I've heard... interesting things about it. Some people truly love it, some people hate it, I've only played it a little bit myself and wasn't to impressed with it but now that I've beaten Skyrim maybe I will be even though they do happen to play substantially different from one another. Plus I mean even if it's only for a little bit you got Captain Picard of the U.S.S. Enterprise talking to you which is pretty cool.

I usually stream Sunday - Tuesday at 3AM Central Time since I work overnights and I get lonely/bored around that time and would prefer to talk to Destructoid members or anyone rather than be by myself so my Twitch account is : http://www.twitch.tv/lokik21

If you're interested in my Dark Souls stream to see something similar to how I play I saved all my previous Streams and uploaded them onto Youtube into one convinent Playlist: 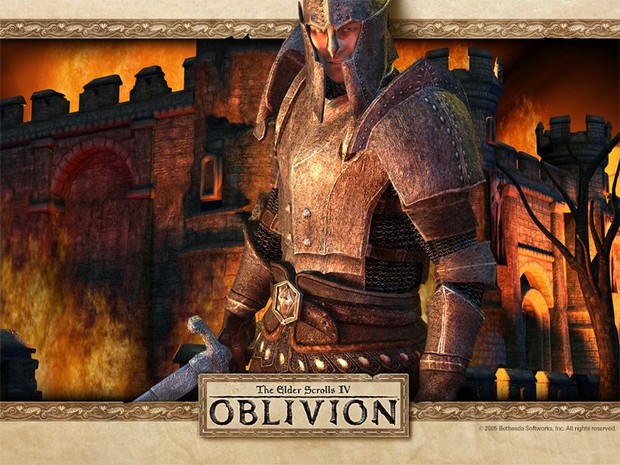 As I've been writing this blog I have started to feel better so I probably will stream tonight unless things take a turn for the worse. Still could go either way, hope to see all of you when I do stream next!