Looking Forward To Gaming In 2015 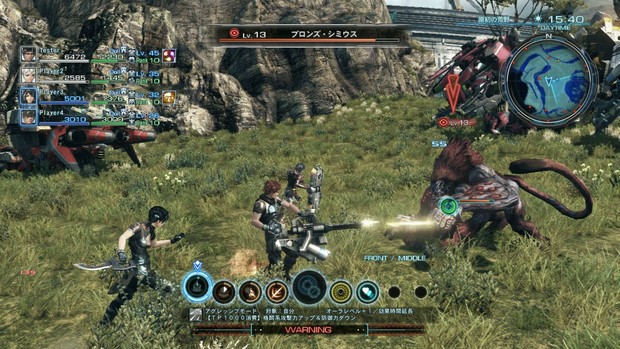 It's the beginning of a brand new year! There is so much in store for us in the world of gaming, and I for one am pumped for another fantastic year with my favorite pastime. We've already heard of many great things to look forward to this year and no doubt there will be many surprises around every corner as we make our way through the year. With that in mind, here are some things that I'm personally looking forward to this year!

Xenoblade Chronicles was such a pleasant surprise when it finally came to the west back on the Wii. Enjoyable characters, an interesting story, a lovely art style, and unique combat all combined well to make an intriguing as hell experience! One of the few things working against the original XC was it's poor resolution due to being a Wii title, but what we've been shown of the newest installment is looking absolutely out of this world.

It's entirely possible we've just been shown bullshots and the like due to how ridiculously good the game looks for a Wii U title, but even if it just comes out looking competent the rest of the game is sure to make up for it if its lineage is anything to go by. This is one game I can't wait to get my hands on. 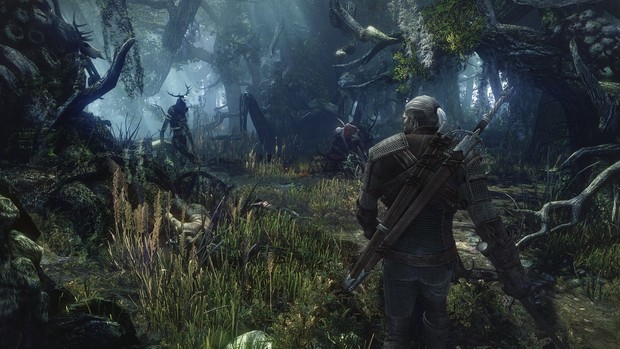 Here we are, the title sure to be on 95% of all 2015 posts, but for damn good reason! The Witcher 2 is one of the primary reasons that I got a gaming PC. It was a beautiful, gritty, and incredibly enjoyable game, and the books that the series is based off of have been pretty enjoyable as well! I've become so invested in the world and lore of The Witcher and all of his friends that I couldn't pass this new entry up no matter how hard I tried. To be honest though, even if I wasn't interested in the story I'd feel pretty compelled to grab this one with it's breathtaking visuals and impressive looking take on an open world.

KENPACHI RAMASAMA UP IN THE CLUB!

The sequel to one of my favorite games of all time? I will be there at midnight to pick this game up, I don't care how long I have to drive. If you've played P4 then you don't need me to explain to you why I'm hyped for P5. And if you haven't played P4 then your opinion doesn't matter. <3 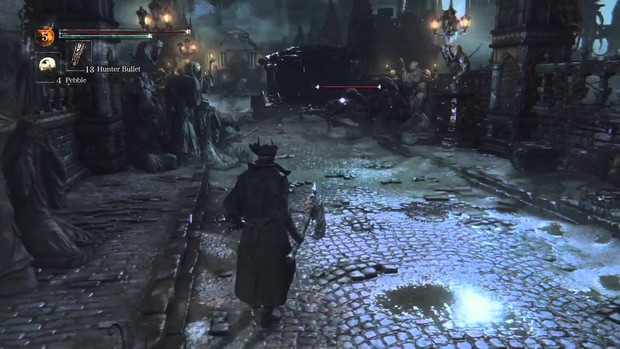 I need this game so badly. The Souls games scratch a gaming itch that I never knew I had like no other series can. I've poured countless hours into Dark Souls 1&2, both of which have pulled me back in for so many different types of playthroughs. I don't think I've ever played a game in so many different ways as I have for these two. I've done full strength tank “block everything” builds, magic builds, faith builds, pyromancies, and nimble dex builds. Hell I did a no shield light armor powerstance playthrough of DSII and it was one of the most fun times I've had with the series. The great combination of challenge, varied gameplay, and intriguing lore all add up to make a style of game that I just can't stay away from.

Another title that needs no explanation. I have been a huge Zelda fan since I was old enough to hold a controller playing the original gold cartridge on my grandma's NES. So many great games in this series and this one looks to really bring something new to the table. Everything we've seen so far (little as it may be) has looked glorious and I can't wait to drown my life in the newest incarnation of Hyrule. 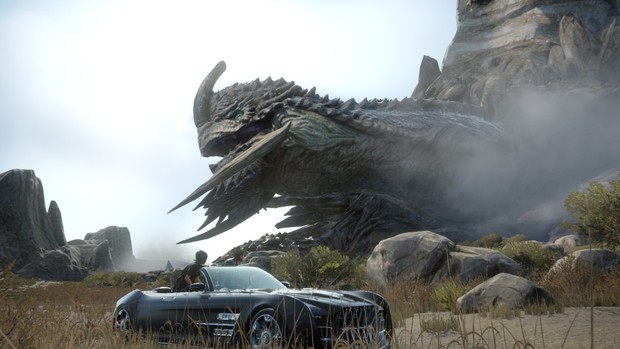 This is another series that I've been playing since I was a little kid and it is incredibly rare for me to be fully disappointed with any of the titles that make it up. Hell, I'm one of the people who actually enjoyed FFXIII! This new entry doesn't look to be eager to break my streak of enjoying the series either. The gameplay looks like a ton of fun and I love the idea of driving around the country side of a sci-fi / fantasy world looking for adventure. It also doesn't hurt that the game looks unbelievably gorgeous.

News of the next Supergiant Games entry

It may be a bit soon to ask for this but I'll be damned if I'm not hyped for whatever Supergiant Games has in store for us next. These guys are some of the most talented people currently making games in my opinion. Both of their releases have been top notch games that I'm not likely to forget anytime soon. Bastion brought us an amazing art style with some unparalleled narration and an excellent story.

They then followed it up with the equally awe inspiring Transistor; a game whose visuals paint a cyberpunk world the likes of which I'd have never dreamt up before. It brought back the fantastic voice of Logan Cunningham to bring another great style of narration and a story that tells so much while saying so little. It also has one of the best soundtracks ever and manages to make its music feel like a legitimate part of the game, rather than just something going on in the background. I don't know what form their next endeavor will take but I know for sure that I will be buying it.

This is never happening is it? Come on Sony give us SOMETHING. ANYTHING.

Well there's a taste of what I'm looking forward to in the coming year. There are so many more great titles that have been announced that I want to get my hands on, but I won't keep you here all day! However I WOULD love to hear what you folks are looking forward to in the coming year! Some Arkham love perhaps? Or maybe Hideki Kamiya's Xbone exclusive, Scalebound? Let me know, and thanks for reading!