Why Nuclear Throne is literally better than any 2014 game

Well a lot of people have put out their obligatory 2014 lists and while this might not have been gaming's finest year, there have been many a great games this year.

HOWEVER, I noticed one big omission on most lists.

Nuclear Throne, for the uninitiated, is a roguelike, top-down Shooter, where you play as one of many adorable mutants, each with their own abilities (and disabilities) to reach the titular sitting furniture. This might sound a bit Run-of-the-mill these days, but trust me when I say: this is one of the most fun games of the year. Period.

I was having a conversation with Shade of Light yesterday, who received one of the gift copies and he literally said: "This game is amazing. I don't know if I can live with myself knowing, that I haven't paid money for this." THAT's how amazing this game is.

But I see, you won't take my word for it, so let me prove to you, why Nuclear Throne is literally better than any of your favorite games this year.

What better place to start with than Dtoid's game of the year. Undeservedly so. "Oh why?" you ask. "It has so fast-paced gameplay and such moves and ASS".

Yeah, I give it that, it has ASS, but so has Nuclear Throne. NT also has THRONE BUTT which is infinitely more useful than normal witch butt. What does Bayonetta's Ass do for you instead of distracting you? Yeah, guess so. It distracts you in a game, where you have to be focussed....GREAT FUCKIN' JOB PLATINUM. In Nuclear Throne, EVERY character can acquire the magnificence of a Throne Butt and instead of distracting you, it is there to help you by enhancing your abilities. That's right. Your butt makes you literally a better person. Or Mutant. Or Fish.

So yeah, the world is coming to an end by the hand of giant stone golems that are really hard to kill. Allow me a quick laugh at the sheer notion of this being a problem.

Listen son, in NT, the world already HAS ended. Yeah, that makes every achievement you have in your little viking world like 20x less gooder.

Also: Stone Guys are a problem? Seriously? Allow me anther quick laugh. In the already apocalypsed world you fight freakin' diamonds.....THAT SHOOT LASERS AT YOU! AND THEY DON'T NEED LASER EYES FOR THAT BECAUSE THEIR WHOLE BODY IS LIKE A GIANT LENS LIKE THAT PINK FLOYD ALBUM COVER! Not only do you fight and DEFEAT enemies that are made of the hardest material known to man and mutant, but those things fight back with one of the awesomest materials known to man and mutant. Lasers. Oh and they are not bosses, just regular enemies you meet not even halfway through.

Terrorists are bad, 'Murica is good. Such a simple message gave way to deeper thoughts on my end. What do they want to hide with all the explosions and particle effects; the blood and guts and fake names?

Then it struck me: You know who else enjoyed video games? HITLER! Yeah, I said it. And since you're playing as some super heroes, you're basically SUPER HITLER! Don't you see? You are WORSE THAN HITLER!

Don't be worse than Hitler.

Winner: Nuclear Throne (for not being Hitler)

So you are this super-suave dude Sebastian Castellanos, whose last name sounds like a synonym for testicles. He goes around the mind of this super evil dude who wants to do stuff.

This, however, BEGS the question, how awesome this evil guy's mind really is. Let's look at Nuclear Throne again: Oh, there is a guy, who can make corpses EXPLODE with the power of his mind alone. That produces NEW CORPSES which are instantly ready for MORE EXPLOSIONS! Can that super evil dude do that?

He can't? Then why the hell does this Testicle guy have so many problems with him? What a milquetoast douchebag!

And mind you, you CAN BE the guy who does the whole EXPLOSION-thingy. (sorry, it's impossible to express the magnitude of this word without writing in capital letters)

The name alone is an easy win here for Nuclear Throne but that is not, what puts it over the edge.

It's one easy fact. One simple detail: you kill a senator. Not just any Senator. A Senator of the US of mothertruckin' A!!! A visionary dude who's not only willing to do, what it takes, but also STARRED ON HIS COLLEGE FOOTBALL TEAM AS A FULLBACK!!! Given that nowadays even Punters are more important that Fullbacks, this achievement is marvelous. AND YOU STRAIGHT-OUT MURDER HIM YOU EMO-HAIRED TERRORIST!!!!

Winner: Nuclear Throne (for not being a terrorist)

So you managed to catch a powerful being. Your ripped it out of its natural habitat, force it to live confined in a tiny ball (think of its joints for just one freakin' second) and enslave it to fight for you. You are like Michael Vick and nobody likes Michael Vick. You are an abusive motherfucker and you should feel ashamed.

Not so in Nuclear Throne. There are also things like a plant or a crystalisk lifeform, but they are FREE. And if we know one thing America has told us, it's that FREEDOOOOOOOOOOOOOOOOM!!!!!! 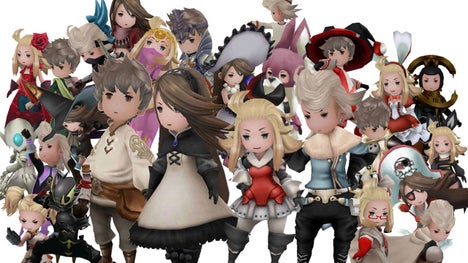 This doesn't even count. It's a 2013 Release. 2012 even, if you count Japan and no: If AmeriSTUPIDS can't complain hard enough for it to be released earlier, they don't have a say.

These two games have more in common, than you might see at first glance: Both feature horrible mutations, killing other mutations in a world that has long since abandoned the rules of physics.

That, however, makes us compare. Can the AC:U mutants make corpses explode with their mind? (a rather handy ability for assassin's who need to hide the bodies, dontcha think?) No? Oh..... 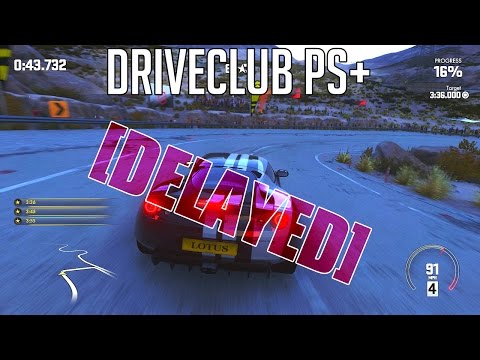 Can you play Nuclear Throne the way it was intended? Yup.

Can you say the same of DriveClub PS+? Nope.

Drakengard has a lot of things going for it, gotta give it that. It has a singing dragon who pisses on your doorstep and most importantly: dick jokes and Innuendo galore.

However, there is one thing strangely absent. Drakengard 3 features a baffling lack of butt. As stated above: BUTT is important for games and since THRONE BUTT is basically a killer argument by those standards, Drakengard 3 can't keep up.

Oh, so now we compare two retro-pixel style games. Both even have a Shovel as a weapon in it, with Shovel Knight even using it to traverse the various landscapes.

YAWNARAMA! Who needs a jump? And why does he need a Shovel for it? The Shovel is a tool for killing. Nuclear THrone understands that. You don't need to jump; you don't need the shovel for it. Dead Enemies can't hurt you, whether you jump or not.

Oh come on now. What filthy casual are you, that you opn your whore mouth for this.......thing? Being killed by an enemy and just returning to him like it was nothing? Where are we here? Freakin' Ikea Smaland or what?

If your mutation dies, it's your fuckin' fault. You don't get to just leisurely stroll back there. The postapocalyptic wastelands of the future are no playground. They teach you hard, brutal and menacing life lessons.

The only Nemesis there is YOU and YOU alone....and if you can't pull it off FUCK YOU! BACK TO THE START AND TRY AGAIN!

So there, I proved it without a doubt. I know this all, because of science. Are there other titles you have in mind? Tell me and I will gladly prove all your theories wrong.