One last roundup for 2014! Looking like I’m going to make it just in time before 2014 ends… then after I’ve knocked a few beers I have a special blog in mind to ring in the New Year. Happy New Year Everyone! 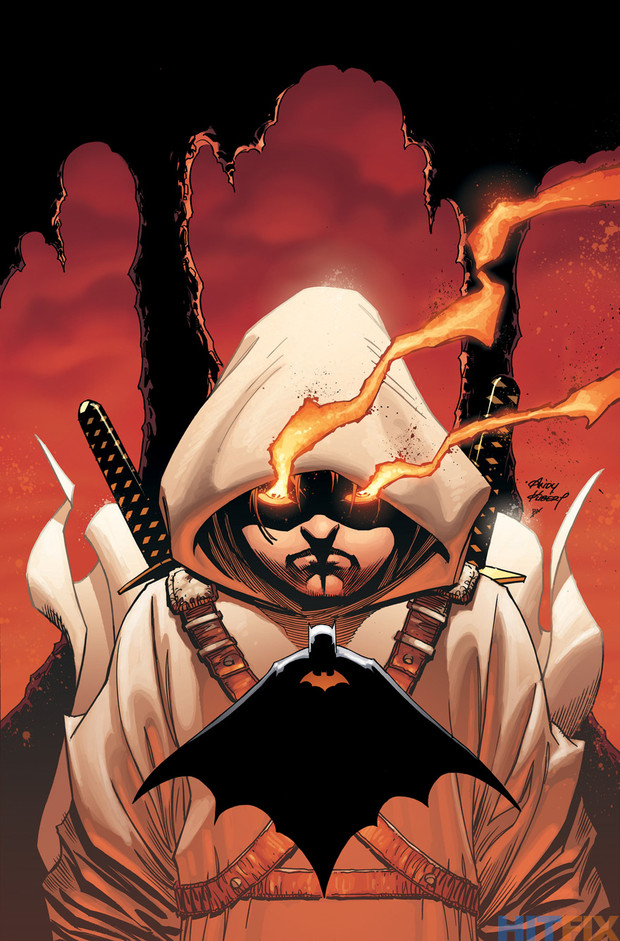 To start it off we have a one shot called Robin Rises Alpha, Batman, Red Hood, Cyborg, Batgirl, and Nightwing all go to hell/ Apokolips to retrieve the dead Damion, Batman’s son, from hell. This takes place mostly after they’ve retrieved him and have to fight Kalibak back down through the portal while Cyborg’s system’s restart so he can close the portal. So… that’s a thing. I haven’t been reading Batman & Robin so I don’t know everything; however they raised my interest enough to subscribe to the series and see where it goes. Because Damion did just come back from hell. With super powers. I’m expecting a few problems. 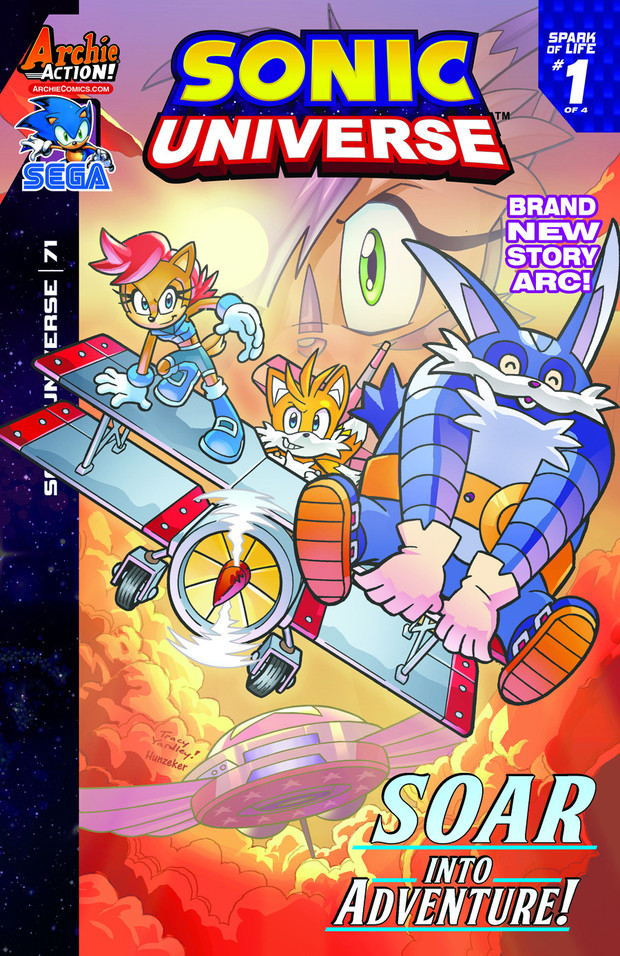 In this issue we have the most amounts of lines that Big the Cat has ever had in the comic so far! And while most people don’t like Big a lot I actually happen to enjoy him a lot, how can’t you enjoy Duke Nukem as a big old silly cat? Anyways Nicole has to go save her creator, Dr.Ellidy in the digital world; we also find out that the doctor has repurposed some of Dr.Eggman’s creations to serve him now. Not for anything evil (yet) but just to make his day to day life easier since he’s older. 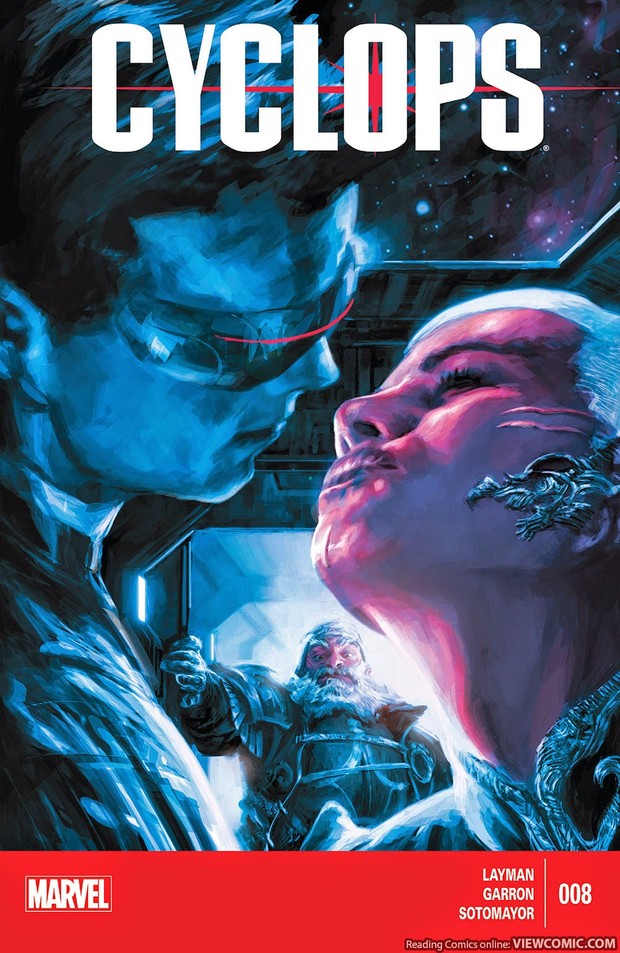 In this one we see that Scott’s plan from the previous comic did in fact work and the crew of the Strajammer gets to live due to the S.O.S. Problem though, they were immediately taken due to the high bounty on their heads. However Scott did get lucky, the ship wasn’t full of civilians as was reported the ship actually had Shi’Ar’s one of the most advanced ruthless races disguised as a medic ship so no one would bother them with their cargo. Didn’t work so a fight ensues. They get back to the ship mostly all safe and sound and Scott is talking to his dad, until he’s found out by the ship’s captain and is probably going to have his dad beaten due to that. 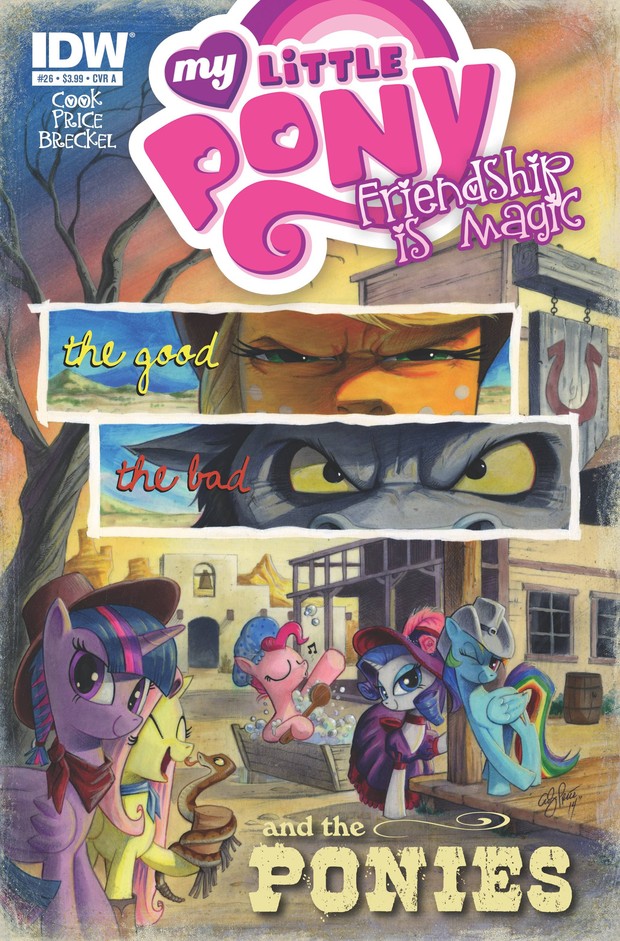 My Little Pony: Friendship is Magic 26:

We finish the story of last issue’s problem with the bulls trying to take the ranch from Applejack’s family and this one was quite enjoyable. I felt like it had a much bigger payoff than last issue with lots more jokes and the ponies resolve their problems (mostly) peacefully. It’s nice to see people try to have characters resort things not in violence on occasion, the way they handled it was pretty clever but I don’t want to ruin everything if I can help it so you’ll have to read on if you want to find out. I’m just excited for next issue myself, it’s looking like a Zecora and Spike issue two characters that I absolutely love that I feel don’t get quite enough screen time.

In this issue shit finally starts hitting the fan, Atom removes Father Time’s brain slug like thing from its host to show everyone Firestorm faces off against Doctor Polaris and does pretty shittily. Not that that’s her fault mind you, it does make it harder when you’ve never fought anyone. Fifty Sue does her usual thing of terrorizing anyone that bothers her and this causes Ms.Lang to run off because she does still think of Fifty Sue as a little girl not a monster. Batman hacks into Batman Beyond’s suit (which makes sense since he did make it albeit in the future) and The Joker Batman Hybrid finally comes into play and teleports back in time to stop Terry from stopping Brother Eye in the past. And of course it pops out right next to Plastique. 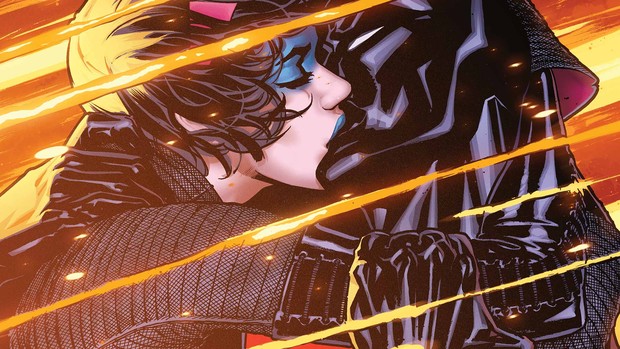 With this issue Firestorm kind of takes care of Dr.Polaris... for now at least since he’s more spirit than anything at this point. Fifty Sue isn’t allowed to kill people anymore because she’s actually listening to Ms.Lang and is going along with her being her mother. For whatever reason but either way it’s actually pretty cute. The Atom is working on setting up an army to fight Brainiac when he gets to Earth so that they’ll be prepared for it but Father Time’s being a little bitch and isn’t talking. If it isn’t his way it’s the high way apparently. BatJoker goes after Plastique Terry stops her from getting killed and they share a kiss as he rescues her. All in all it’s pretty adorable actually aside from her almost getting killed of course. The Batman of this age gets his ass kicked by BatJoker, only due to the fact that he saw himself went what the fuck, as most people would do, and got sucker punched.

And with that we come to my last roundup of the year. A rather short one but one that I think went out with a bang, these were some pretty enjoyable comics this time, as they usually are but they did a really good job I feel with this. So with that being said I’m going to go get drunk for the New Year, and to steal a line from Mr.Andy Dixon. Hey, it’s 2015 guys. Why don’t we all make it our New Year’s Resolution… “To be better people.” But don’t get offended as easily. Everyone’s to politically correct these days. Jokes are good! Being hateful is not. Love all of you.