2014 was an awesome year for gaming: My Completed Games

Depending on who you ask, 2014 was either a wonderful year or a terrible year for gaming.  My opinion?  It was awesome.  I created the list below, along with a few notes, of every game I completed during the year.  There are some that I started up that just never got around to finishing.

As far as my favorites for the year, I think my ‘finished GOTY’ goes to Metal Gear Revengeance.  It was an absolute blast, even for someone who isn’t great at the genre.  Hyrule Warriors was probably my favorite game for passing time while watching something in the computer.  Passing time on the computer?  That is probably Tower of Guns, clocking in at 21 hours of gameplay! And, of course, DOTA is still just as addicting as ever. Without further ado:

Saints Row 2 - this game needed heavy modding love to get playable.  I forget if controllers just weren’t supported in general, or if the button prompts didn’t show up, but the game needs some TLC.  That being said, once it is running, it is my favorite of the series.  My original character was a Walter White style bad guy - an older crime lord, for more civilized crime.  With a beer belly and comb over, his agression wasn't so much an act of agression as getting too old for this shit.

Saints Row 3 - Compared to 2 and 4, this is where the series kind of changed.  It was halfway between super powered and normal, serious and extreme.  It was a fun game, but not great.

Saints Row 4 - Basically a good Crackdown.  Is it Saints Row?  No.  Is it fun?  Hell yeah.  Wish this was its own IP more than a weird, Saints based virtual world, but ah well.

Metal Gear Rising: Revengeance - This game defines what boss music should be. Also, the Metal Gear universe is always fun to play in, and the action genre goes well with Raiden.  I had lots of fun with it, and would like to come back.

Evoland - so full of itself its amazing it didn’t pop halfway through.  It wasn’t so much a game as it was a homage to different RPG elements over the years, but highly condensed.  I wouldn’t waste your time playing it.

Deadpool - a few laugh out loud moments.  A semi decent combat system to facilitate.  Was worth the steam sale price

Octodad - halfway between fun and infuriating.  The concept oozes charm, but it often asked too much of the player..at least before it was patched.  Fighting with controls can be fun, but qwop  never hid something after the hurdle.

The Stanley Parable - I remember being really, really unimpressed with this one.  Humor meets a walking simulator, but something about it just really rubbed me the wrong way. Ill just mod in farts to Dear Esther, see how that goes

Dark Souls II - Not as enjoyable as the first for me, but still damn fine entertainment.

Goat Simulator - its like Tony Hawk, but instead of riding a skateboard, you are a goat.  Humor, wonky physics, random achievements...I got way more out of this than I would have figured, and they keep adding content to it.

Far Cry 3 - Finally beat this one, after starting it four times.  Fantastic game.

Thomas Was Along - Hate this game.  A good puzzle game makes you figure out the solution, and then BAM, you are done.  Thomas Was Alone makes you do the same solution ten times in a row, just wasting your time.  The story may be good, but I can’t get over how awful the gameplay is

Splinter Cell Blacklist - America!  Fuck yeah!  I didn’t know there was a stealthy walk for a while, and that made the game really hard.  It was fine overall, if a little over patriotic.  It pretty much says that the ends justify the means (torture) and thats a little bit much.

Sniper Elite V3 - I have a fantastic love of this series for almost no reason.  This is much better than 2.  Whereas SEV2 had enemies spawn in, making stealth completely impossible, 3 has a much more open approach.  It feels more snipery and strategic.  Plus the end rips off Metal Gear Solid pretty damn hard, which I guess is a plus. 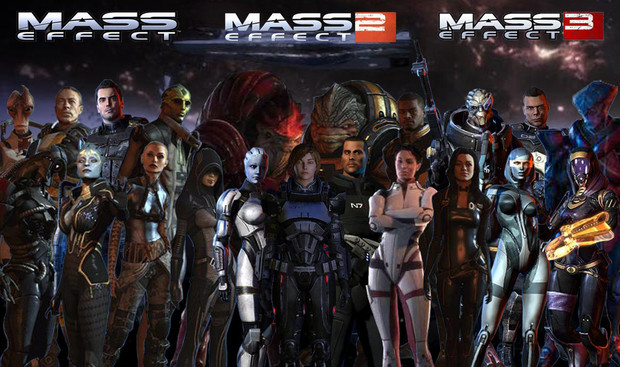 Mass Effect - Punishing, but had so many good ideas.  I decided to make the trilogy playthrough as a renegade - last time I was full paragon.  I modeled my character after Duke Nukem.  I do miss my paragon fish eyed pedophile looking shepard though.  The moral of the story:  sometimes character creation isn't great.

Mass Effect 2 - Refined some ideas from 1, simplified many others.

Mass Effect 3 - whatever was left to be simplified was, whatever was left to be refined also was.  The series as a whole is really fantastic, and it makes me sad that people are too blinded by the ending of 3 to appreciate just how damn good it was.  The multiplayer was still populated when I played, and was just as fun as I remember it (really fun, if you were wondering).  It has some issues on PC for all 3, but is overall damn fine.

Hard Reset - A true to form, oldschool FPS.  Has some cool ideas, shiny graphics, but is overall kind of shorter than you would like.

Walking Dead Season 2 - not as good as the first one, at all.  Has interesting moments, but nothing as potent.  Still worth a steam sale.

Diablo 3 - This is where we get into the games that are crazy addicting.  I probably put 100 hours into this game, if not more.  I only ran solo, and after loot 2.0, but this kind of stuff is my jam.

Mario Kart 8 - this is the third most I have played Mario Kart (behind the SNES version, behind the N64 version), and it has basically validated the Wii U in my house. I played it over Thanksgiving break, and beat all the cups, and all the ghosts.  Online became trivial after that.  Super fun. 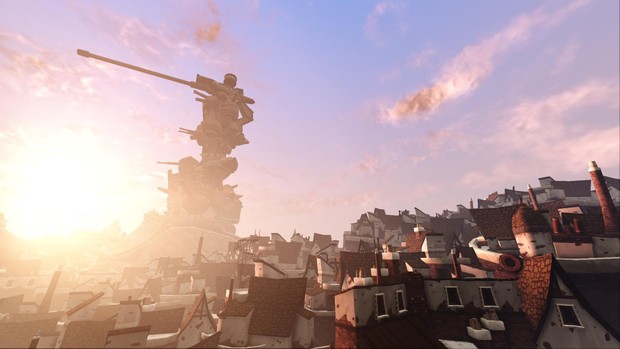 Tower of Guns - speaking of which, buy this game.  It is fan-fugu tastic.  Its a rogue like FPS, that starts off painful and punishing, but ends up being really rewarding.  It has so many secrets, from hidden walls, to being able to escape the boundry of the level and scale the actual tower for an insane amount of powerups.  It uses Quake like gameplay, in that you shoot, jump, and well...thats about it.  If you shoot fast enough, you can even use that to fly!  Probably my favorite indie game of the year.  It is indie, right?

South Park:Stick of Truth - just like the show!  Pretty good, if not shorter than you would like.

Hyrule Warriors - Never got into Dynasty Warriors for whatever reason, but this got me fairly hooked.  After I unlocked all characters and most weapons (about 60, 70 hours) I was finally bored of the game, but still had plenty to go.  A great ‘holding pattern’ game.  Watch some TV, play some of this, bada bing, bada boom, day is over.

Guacamellee - Yeah, its good, but not great.  I enjoyed it, but something about it just sort of rubbed me the wrong way.

Castlevania Aria of Sorrow - Hooray for the Wii U and off screen play!  I brought home the Wii U for the holidays, but forgot that I already played the pants off of most bite sized games.  I downloaded this one on a whim, and it wound up taking up just the right amount of time.  The game screams of SNES version of Dark Souls in the best way.  A good way to wrap things up for the year!

Shovel Knight - see above for why.  As for how much I enjoyed it, eh, its alright.  It feels really, really simple.  Easy enough for the Game Grumps to beat it.  BAM.  In all seriousness, it reminds me of Kirby’s Epic Yarn - you have to search out the challenges yourself.  I could see it being very fun in speedrunning/no damage community, but beyond that, its just alright.

Binding of Isaac: Rebirth - depending on how you quantify ‘beat’ I beat this one.  Better than the original, and just a fun roguelike.

DotA 2 -the last boss is realllly hard guys.  Recent patches got me more involved, but still kind of on and off relationship.  I still am not ranked, but I think I am in a good place - my teammates communicate, don't build obscure items, and sometimes they dont auto attack creepwaves!  Ive really been enjoying the last few sessions, and hope to have many more!

So overall, about 30 games this year, with a few heavy hitters.  What about you guys?  What did you wrap up, and what were your favorites?