Christmas is my favorite holiday. What’s not to like about Christmas? You get presents, stuff your face with holiday cookies, can be drunk all the time, and get time off from work and school to play video games and watch movies. 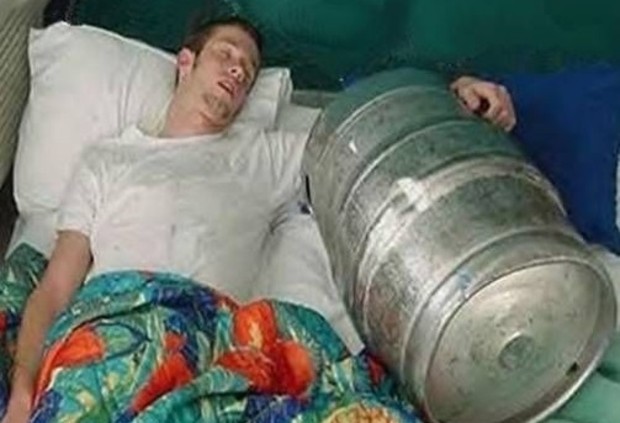 The baby Jesus wants you to be drunk.

Really, there’s no reason to not love Christmas, unless you’re Jewish, which means you celebrate Hanukah, which is pretty sweet. I have a Jewish coworker and she tells me that they celebrate Jewish Christmas, which means they go out to eat Chinese food and then go to the movies on Christmas day.  That’s not a bad tradeoff. 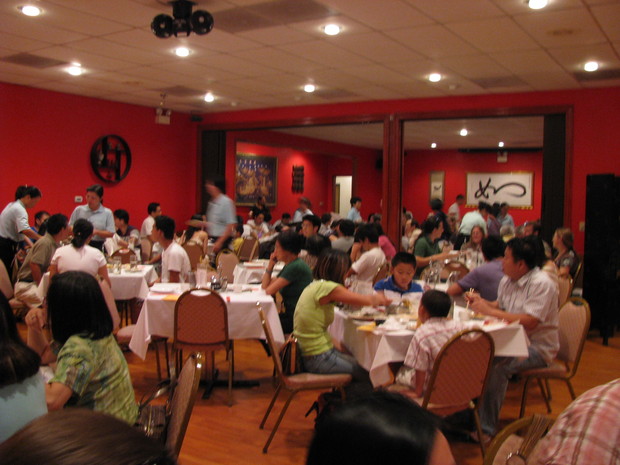 I went ahead and looked for some awesome movies that just so happen to be Christmassy, with less “Peace on Earth” and more explosions and SEXY TIME! Christmas movies can be dull and way too warm and fuzzy. The Holidays are stressful, sometimes you need to blow off some steam by watching things go boom, people getting kicked in the face, and some full frontal nudity.

So sit back and relax, enjoy a cup of eggnog and watch someone get punched in the face, all in the name of the baby Jesus. 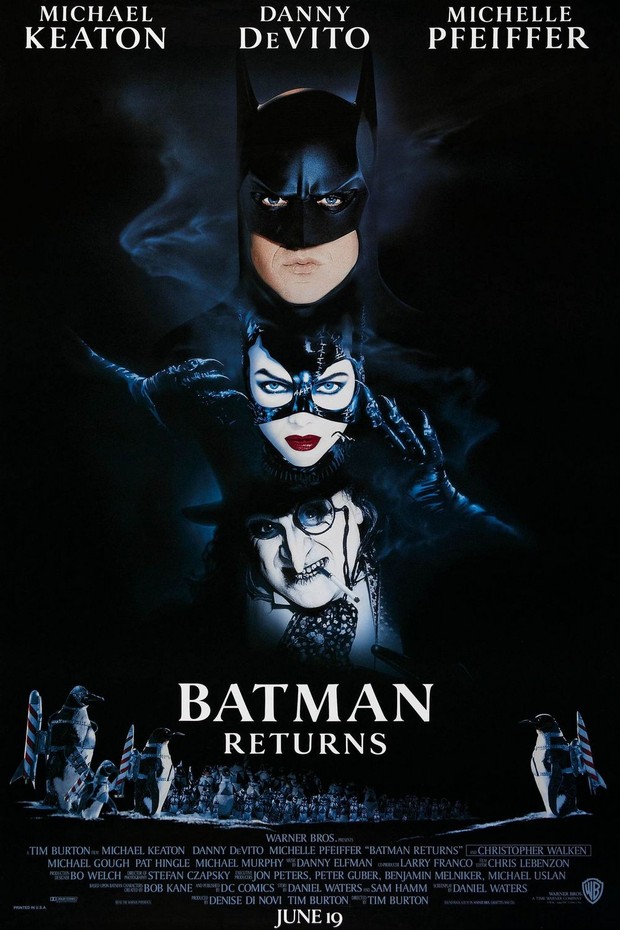 This is the last Batman starring Michael Keaton and directed by Tim Burton. Burton’s vision for Batman was bleak but injected with some dark humor which is a good combination for the caped crusader. Both Batman and Batman Returns were decent films and I’m fond of them, but the former is superior in my opinion. Joel Schumacher then took over the series and proceeded to shit all over it. 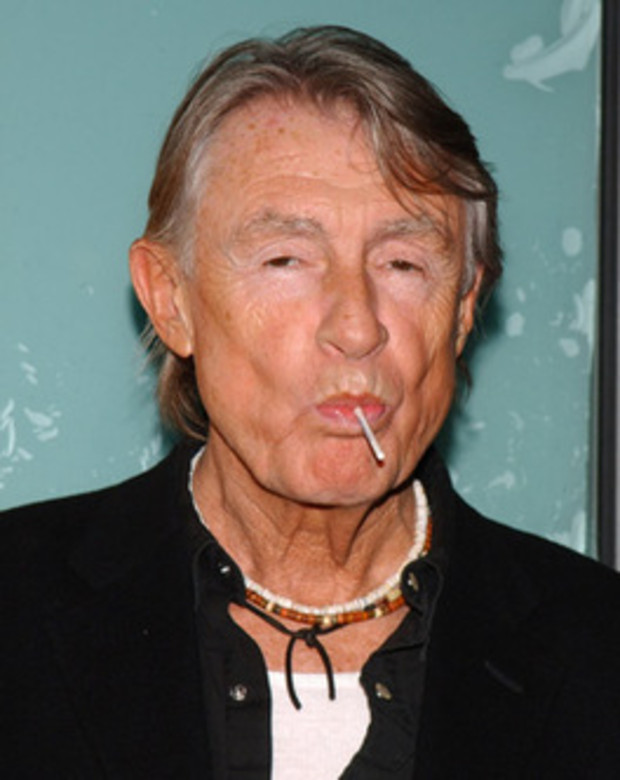 Gotham City during Christmas time is an interesting backdrop. Keaton is solid as Batman, Michelle Pfeiffer is damn sexy as Catwoman, and Danny DeVito as Penguin was over-the-top and entertaining. Let’s not forget about Christopher Walken. Anything with Walken gets a 0.5 extra in my book. 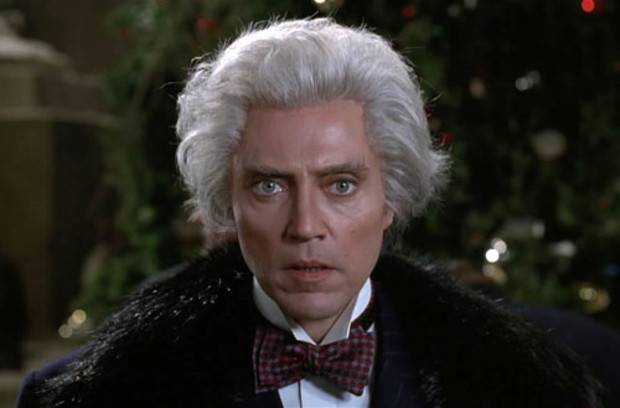 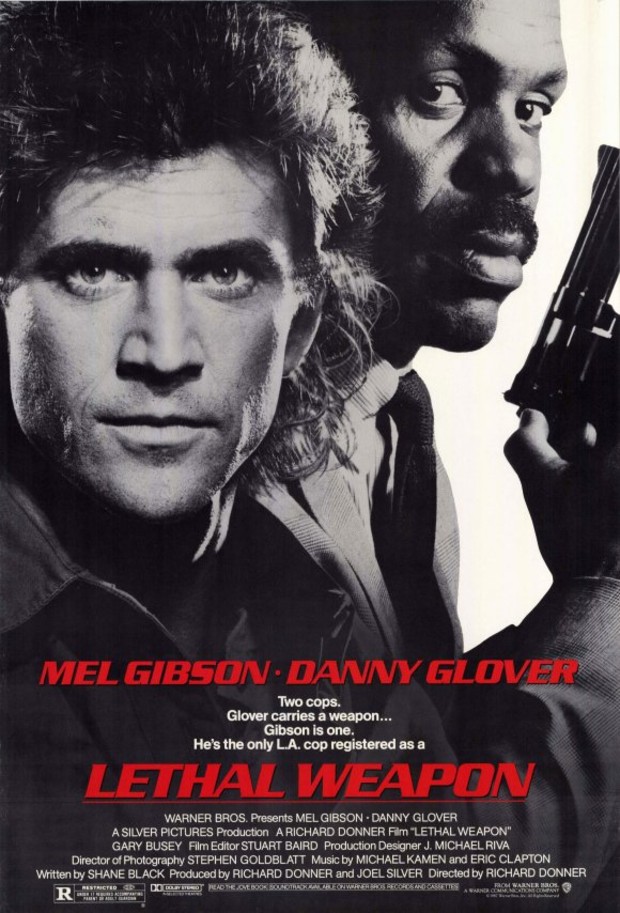 The first Lethal Weapon was by far the best of in the series, taking place in Los Angeles, California during Christmas time. Mel Gibson, a crazy person playing the role of a crazy person is excellent casting. Danny “I’m getting to old for this shit” Glover pairs amazingly well with Gibson. Gibson and Glover pretty much created the dynamic of mismatched buddy cop movie in Lethal Weapon. 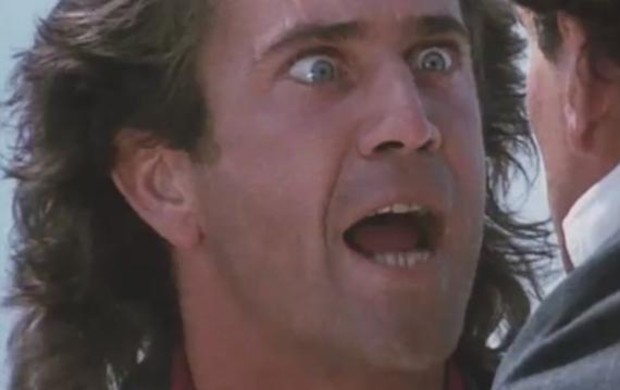 Lethal Weapon has no shortage of explosions, shootouts, car chases, as well as funny dialogue between Gibson and Glover. Also GARY FUCKING BUSEY! Again, bonus points for Busey. Wrap all of these things together and you got yourself a solid Christmas movie. 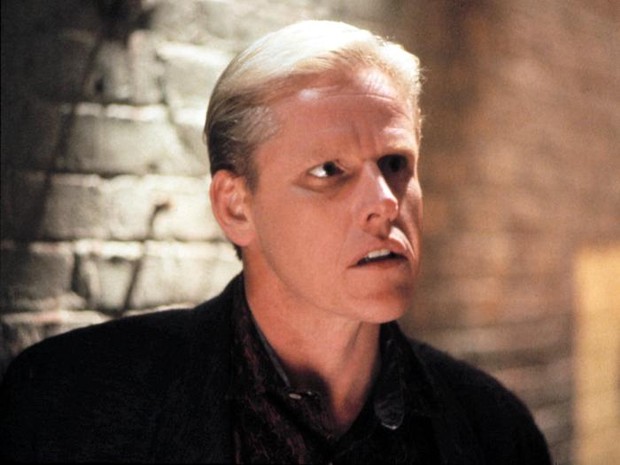 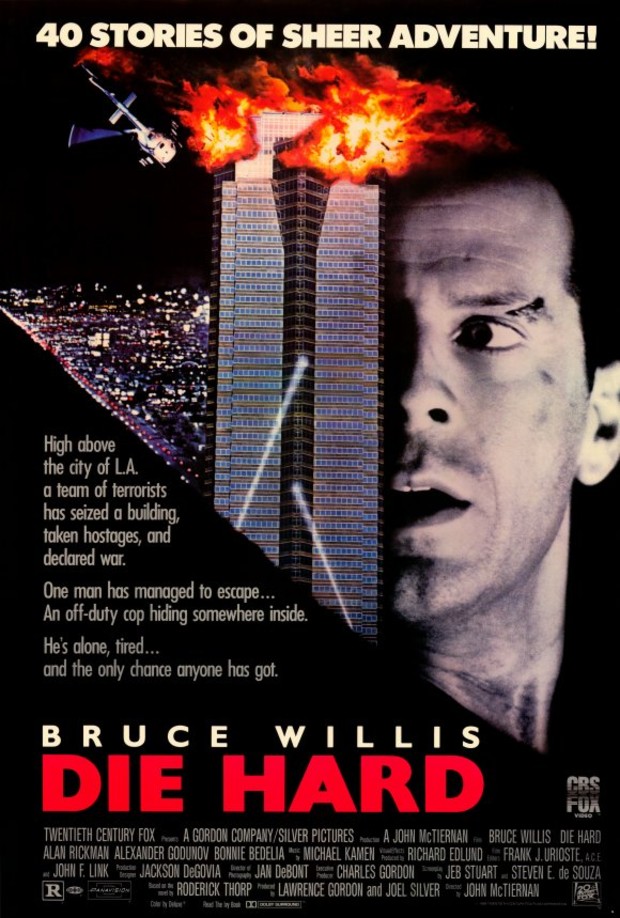 Many folks have made the argument that Die Hard is the perfect action movie. I’m in that camp. Do you know that Die Hard was initially pitched as a sequel to Arnold Schwarzenegger’s Commando, a fine action film in its own right? Schwarzenegger turned the film down. The movie was then shopped around a bit, before settling on Bruce Willis, who was not known for being an action hero at the time, but rather his comedic roles in television series like Moonlighting.

Taking place on Christmas Eve, NYPD detective McLane goes off to LA to try and patch things up with his wife when things go all to hell, thanks to a preppy, pre Hogwarts Professor Snape and his merry band of eastern European terrorists. 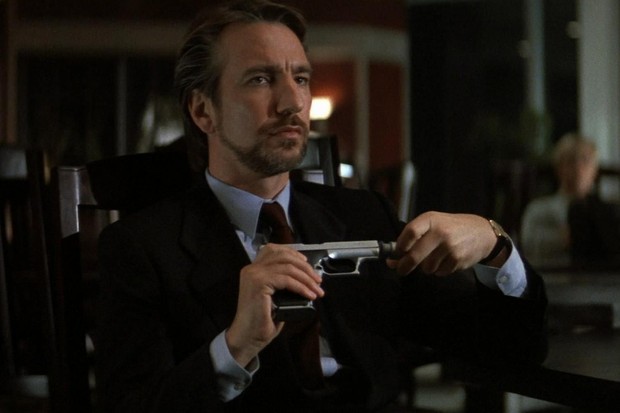 Die Hard is pretty much the standard for action movies where the hero goes against all odds to save the day. Funny one-liners are in abundance, including my favorite, “Now I have a machine gun. HO HO HO.” 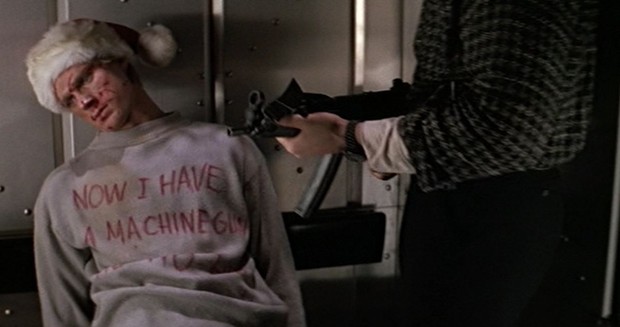 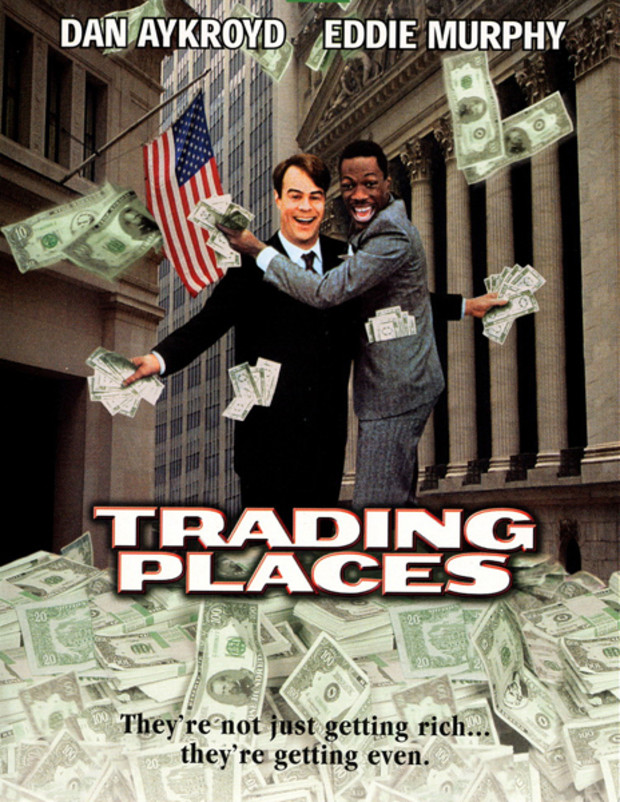 Starring a young Dan Aykroyd and Eddie Murphy, fresh from Saturday Night Live, Trading Places is one of my favorite comedies. Taking place during the holidays in Philadelphia, it’s a hilarious fish out of water / prince and a pauper comedy. Also, let’s not forget that a young and nubile Jamie Lee Curtis is also in the film and she’s not shy when it comes to showing off her assets. 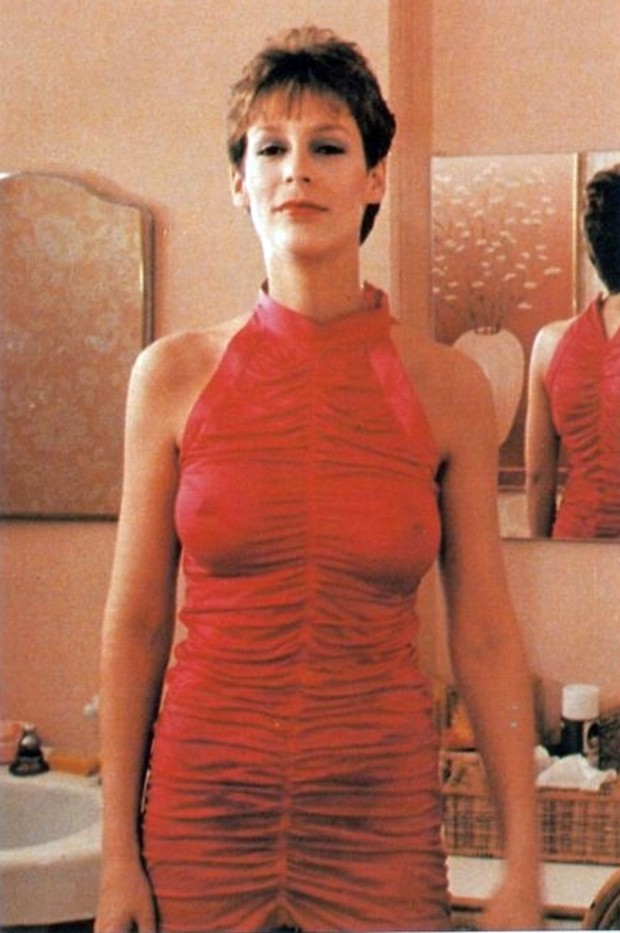 There are so many classic lines in this movie. Aykroyd and Murphy has some real chemistry together. This is a must watch whenever I catch it on TV. 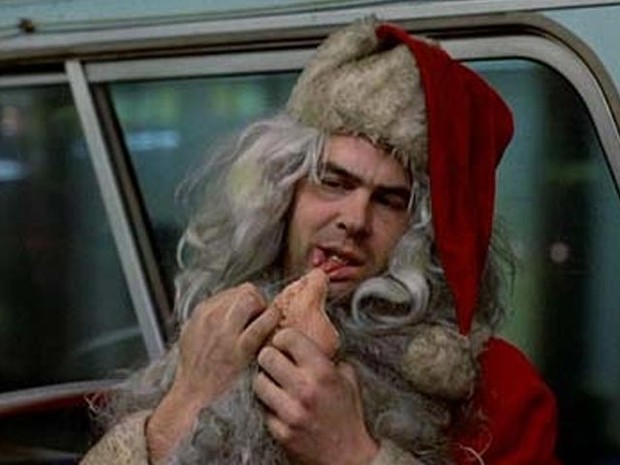 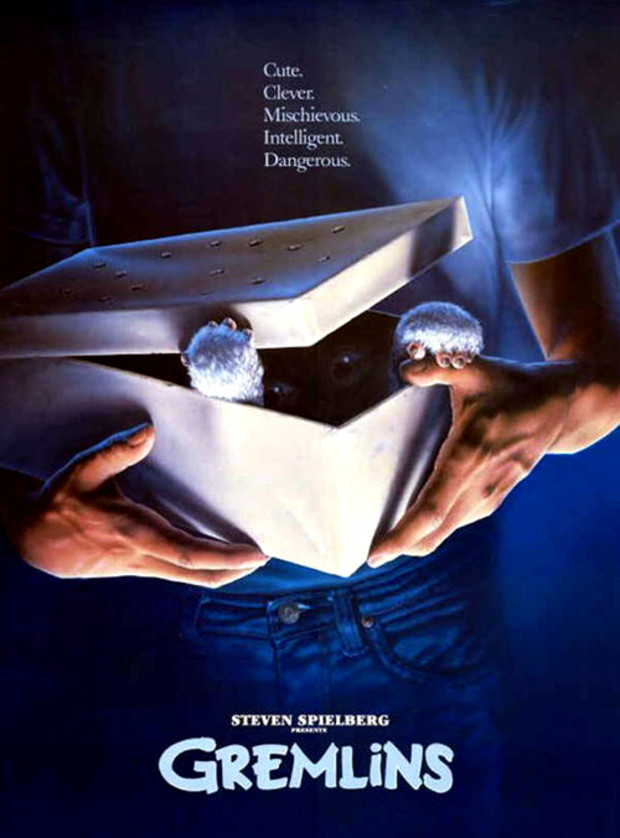 Gremlins has some solid pedigree. Touted at its release as a horror comedy, it was executive produced by Steven Spielberg and written by Chris Columbus, who would go onto to direct some solid movies himself, including another Christmas classic, Home Alone.

Gremlins was heavily marketed in the 80’s. Kids went crazy for the cute and cuddly Gizmo. I recall seeing Gizmo toys everywhere. However, the movie is not what I would call kid friendly.  There’s some seriously scary and dark shit in this movie. Gremlins, along with another Spielberg movie, Indiana Jones and the Temple of Doom led the way for the MPAA having to create the PG-13 rating as these movies were not certainly not PG, but not quite R. 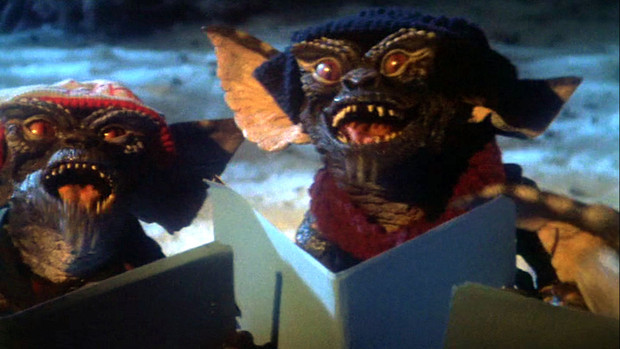 This certainly will not give children nightmares.

By far, the creepiest and darkest scene in the movie is when Kate, played by the not unattractive Phoebe Cates, recalls the tale of her father’s untimely death during Christmas. View at your own risk.

Phoebe Cates, who’s responsible for causing so many erections in Fast Times at Ridgemont High is also responsible for telling the most depressing story of all time, making it impossible to get an erection, hereby bringing balance to the universe. If you watched the video above, I’m sorry for making you all depressed. Just watch the video below and all will be right again.

There you have it, my personal list of favorite unconventional Christmas movies where things go BOOM and some sexy time for good measure. Go ahead and check these out during the holidays. You will not be disappointed.

Did I miss any? Of course I have. This list is only my personal top five.  Go ahead and let me know what some of your favorite unconventional Christmas movies are in the comments.