Hi, everybody, this is Bardley. After lurking for quite a while, I finally joined Destructoid back in October. Though I’ve been here for over two months, I haven’t actually introduced myself; I saw the suggested introductory blog and skipped right over it. So, for my tenth blog, I thought I would make up for it and finally do the customary ’10 Things about’ blog!

My real name is not actually Bradley; I just thought it sounded neat reversing the second and third letters. My username is a play on a real name, but it also has the word ‘bard’ in it, indicative of some of my interests. I like hearing and telling stories and love music, so a title of old fit those nicely.

My avatar comes from Nine Hours, Nine Persons, Nine Doors, probably my favorite DS games with one of my favorite stories in gaming. The image is of Snake, my favorite character from the game. He is smart, capable, and calm in nearly every situation and was a character I could identify with. As a mild spoiler for something near the start of the game, he is blind, which goes well with the ‘Bardley’ username in reference to the Blind Bard, Homer. 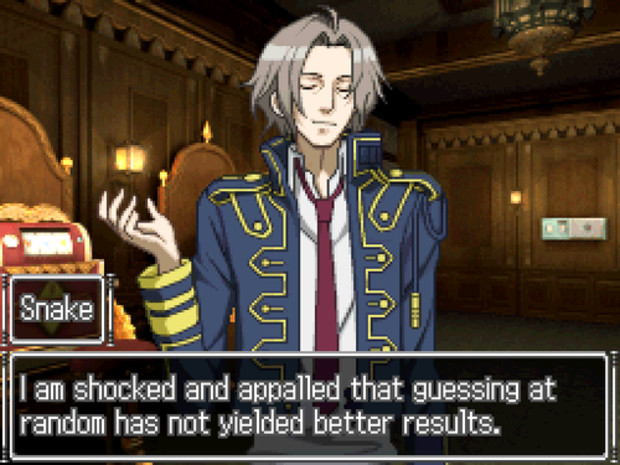 Plus, he uses some good ol' sarcasm.

2. I am in the process of writing a novel 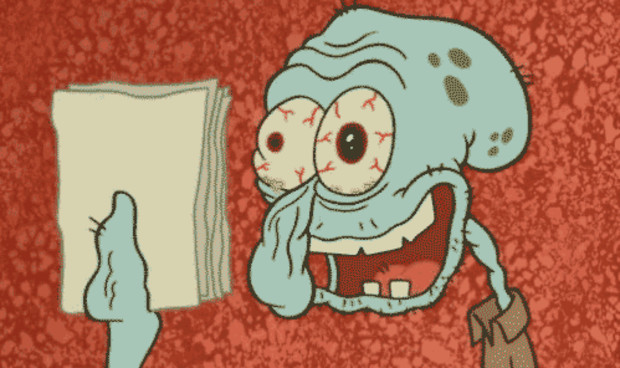 I enjoy writing, which is one of the reasons I started blogging here in the first place. For years I have dreamed about writing novels, often with ideas about expansive series of multi-volume works. Unfortunately, I usually only got a few pages into a story before getting frustrated and giving up; I would have such grand ideas, but never follow through with them. However, in August of 2013, I started a story that had been churning in my mind nearly all summer. I set to work and was determined to actually finish this one. About a week ago, I finished the first draft of my novel, totaling 235,575 words. After over a year of work, I finally completed the first part of the thing. I know that it is a mess right now, but I want to hopefully turn it into something good in the near future.

As I mentioned in my last blog, I am a lefty. I’ve always been fascinated with the science of why there is a hand preference and the statistics of the areas in which lefties go into the job force. I read that a large number of lefties were Apollo astronauts, at a number 250% higher than the expected average. I can’t really explain why, but I favor my right hand in a few areas. I write, play sports, and use most tools with my left hand, but have played instruments and use scissors with my right hand. I don’t know. Hand preference is weird sometimes.

Animation is one of my favorite areas of media, from simple 2D works to grand 3D wonders. I have a preference for traditional 2D animation, though. It just blows my mind that someone could draw thousands of images that appear to have movement and create a story. That kind of dedication to the craft is admirable. Concerning episodic animation, I watched Adventure Time, Bravest Warriors, Bee and Puppycat, Gravity Falls, Rick and Morty, Legend of Korra, and Over the Garden Wall this past year alone. It is simply an awesome time to be a fan of animated works. 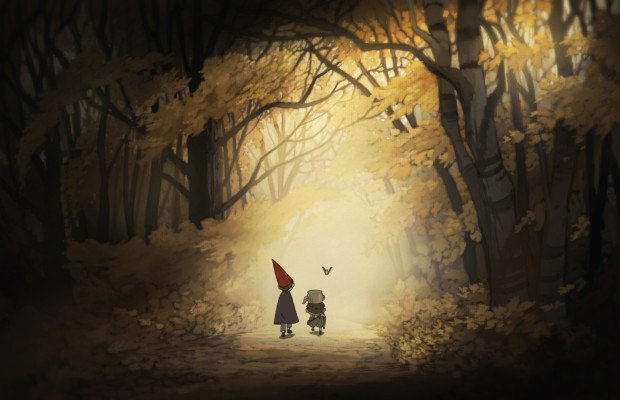 Seriously, everyone needs to watch this.

Growing up, I loved Nickelodeon and Cartoon Network shows of the 90’s to early 2000’s, plus the films from Pixar and Disney. Being such a huge fan of animation, I somehow only watched my first Studio Ghibli film about a year and a half ago. Yet, I have quickly made up for it and have watched nearly all of their films. My favorite story-based animated series is probably Avatar: The Last Airbender and my favorite non-story series is Batman: The Animated Series. My favorite respective episodes are “Tales of Ba Sing Se” and “If You’re So Smart, Why Aren’t You Rich?’

I work part-time in my university’s library during the school year in their interlibrary loan department. Basically, I help my supervisor search for books in our library that have been requested by other libraries from across the nation and even the world. I pack those books and deliver them to our campus’ mailroom. We also receive plenty of books and articles for students and faculty. I love walking through the library and discovering all kinds of literary treasures.

Every time I come in to work, I never know what I will find. I’ve found books with ridiculous and laugh-out-loud titles and ones that probably belong in a museum. I love looking at the history found in each book. In one book, I saw a note written on the front page, wishing the recipient a Merry Christmas in the early 1940s. Among my most favorite finds are a first edition of The Two Towers from 1954, a picture book from WWII where goblins team up to take down the Nazis, a historical journal from the late 1800’s run by Confederate veterans, and issues of Time Magazine going back to its origin. 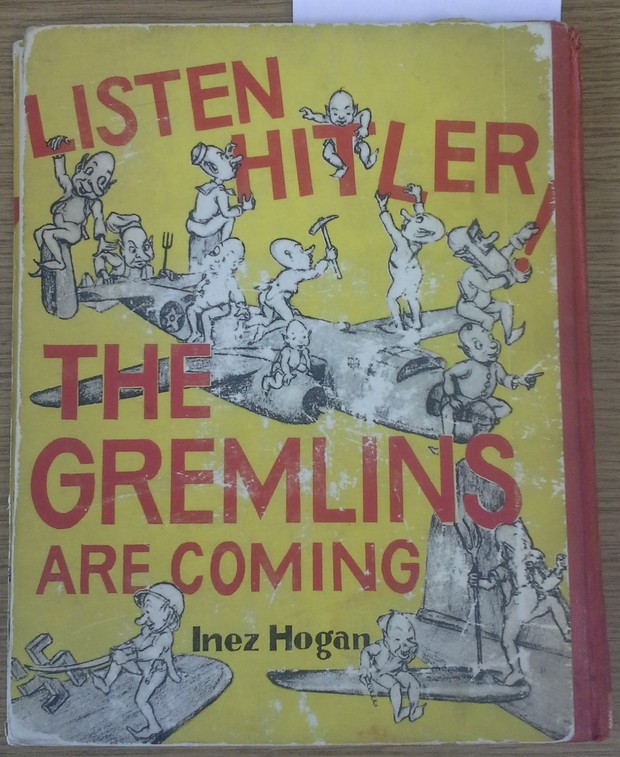 You thought I was kidding, didn't you?

The Scouting program was a big part of my life growing up. From kindergarten up through high school, I was involved with Cub Scouts and then Boy Scouts. I made a lot of friends and got to go on plenty of great trips to explore the outdoors, including three fishing trips to Minnesota. I got to go on plenty of hikes, go to numerous summer camps, and visit neat museums. 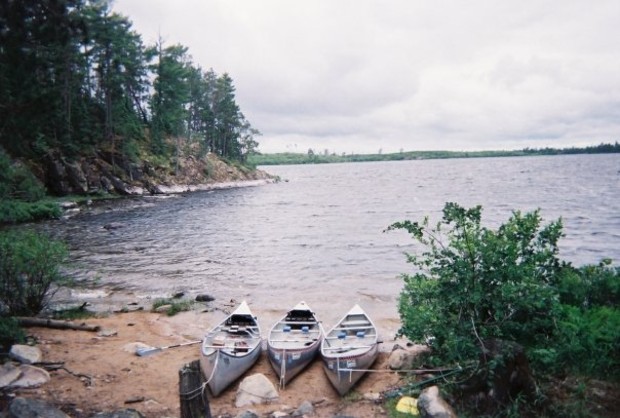 One memory in particular that will always be with me concerns my first fishing trip to Minnesota. One morning, as I was out in a canoe on the lake, everything was completely silent; there was no noise at all in the immediate area. The water was flat and totally still. Living in a sizably populated area, I had never heard anything so completely quiet and relaxing before. I have awesome memories from Scouting that will last a lifetime.

7. I am an East Tennessee boy 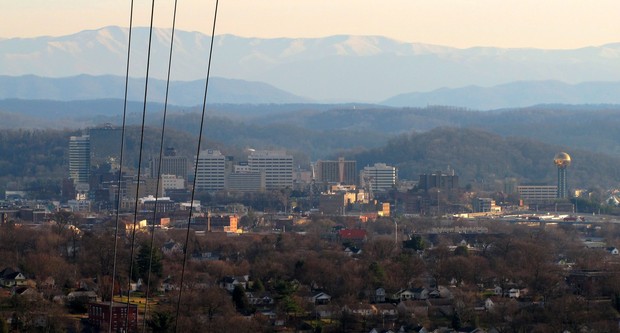 I was born and raised in East Tennessee and love the place to this day. I love the area’s history and heritage, the culture and cuisine. Plus, it doesn’t hurt living so close to the Smoky Mountains, where I can see the sun peaking out over Mount LeConte while driving to work in the morning. It is always a treat visiting the mountains. They look fantastic in the spring when everything starts to bloom and it feels great in the fall when the trees are covered in reds and oranges and the air is crisp. Honestly, the Smokies look wonderful any time of year.

While I was introduced to superheroes as a young child, I didn’t start reading comics until I was twelve or so. After seeing Spider-Man 2 in theaters, I saw a collection of early Spider-Man comics at my local bookstore in the Marvel Masterworks collection. I’ve picked up a number of those volumes over the years and have all of Stan Lee and Steve Ditko’s run on the title. When it comes to comics today, I say: make mine Marvel (for the most part)! I like reading X-Men, Daredevil, and a bit of Spider-Man. I just love the comics medium and its unique storytelling in the combination of images and text. I think that the history of comics is extremely fascinating, from the early days of newspaper strips, to the witch hunts of the 50s, to the Marvel-DC rivalry, to the growth of the medium today with the Indie movement. People who think that comics are only for children are really missing out on a fantastic medium.

Music is an incredible medium for artistic pursuit and is ones of my favorite things. Whenever I’m in the car, I usually have music playing and am usually (poorly) singing along. I was in marching and concert band for six years and played the trumpet. I wasn’t very good, but I really enjoyed the experience of appreciating music and hanging out with friends who had similar interests. Music is just an incredible thing, able to evoke any kind of emotion in its audience, whether it is in high-octane heavy metal or meditative piano. I am open to nearly every genre of music out there, including video game tunes. Music may be one of my favorite parts of video games, cementing already solid experiences. I think I have touched on music in nearly every one of my articles so far, as it is almost constantly on my mind.

I am a video game collector and have numerous systems across almost every generation. I have systems from the Magnavox Odyssey 2 (which was a pain to hook up on a modern TV) to current generation consoles. It is really neat looking at what was revolutionary back in its day and seeing how well certain games hold up. I love the history of video games, of reading about how classic games were made and what people liked about them upon release. I especially love collecting games with their original packaging and manuals, but this usually isn’t financially feasible for me. It looks really great, though, especially when on a shelf. 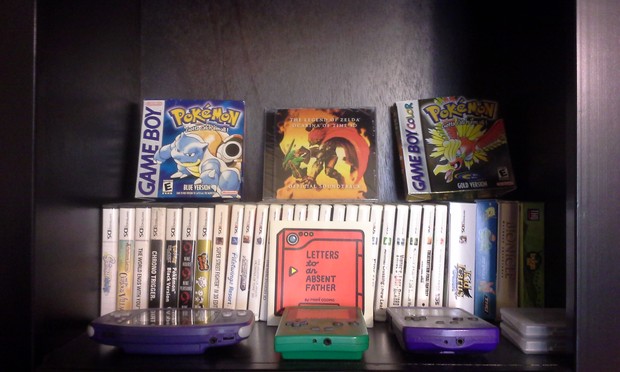 Currently, I am trying to buff out my SNES collection. With the skyrocketing prices of retro games in recent years, this can get rather expensive. I also really want to pick up some retro game magazines such as Nintendo Power. They would be a great blast from the past when looking at certain games and an amusing look at totally 90’s marketing.

Well, there you have it. I hope I can get more involved in the Destructoid community and hopefully write blogs somewhat regularly. I’ve been to a few different video game sites over the years, but never really contributed until now. After looking around, one of the things that really drew me to Destructoid was the civility of the community. There is a lot more respectful discussion and debate here than is found on a lot of other sites; people can have decent conversation without resorting to petty insults. Until next time, I hope everyone has a great rest of the year and a great holiday season!