My Experiences with Dragon Age Inquisition PS3 Version: The Tutorial 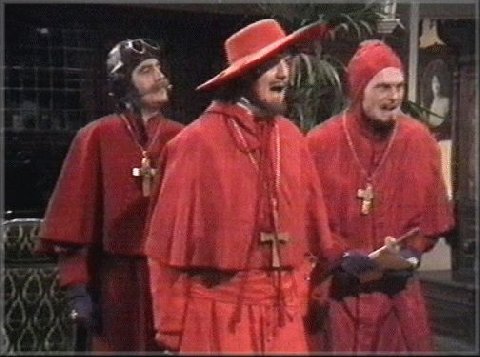 Betcha weren't expecting that. Apparently nobody does.

Yesteray, the 19th or whatever, I, Chist, your friendly neighborhood sex god mentioned I might make a community blog about my experiences with the PS3 version of DA:I, so might means definitely, apparenty. I would normally do indentation, but I am a scrub, so don't expect anything fancy from me today.

So to start off, I'd like to talk about my experience buying the game. I woke up, like any sane gamer, 4 or so hours after falling asleep, at a crisp 9 AM. I started my day off with a nice warm cup of moving some televisions around, and sorting through 9-14 year old dvds, and trying to call Walmart 3 times to check if they had it in stock, but being redirected to the same person every time, without ever reaching anyone else.

So, by 11 AM, I figured what the hay, and left for the store anyway, figuring they'd have it, as it was available online for pickup. Boy was I apparently wrong. I checked the shelves, asked at the clerk's desk, and got shoo'd away because it wasn't on the shelves. No checking of stock or anything, just instantly tossed away like a used condom

Not wanting to go all the way back home through last minue shopper traffic, I bit the bullet, and opted for the slightly more expensive copies Best Buy sold, lumping it in with a new tv which I'll get to try out on Monday. By around 2 PM, I was finally home, cozy and happy with me new purchase. 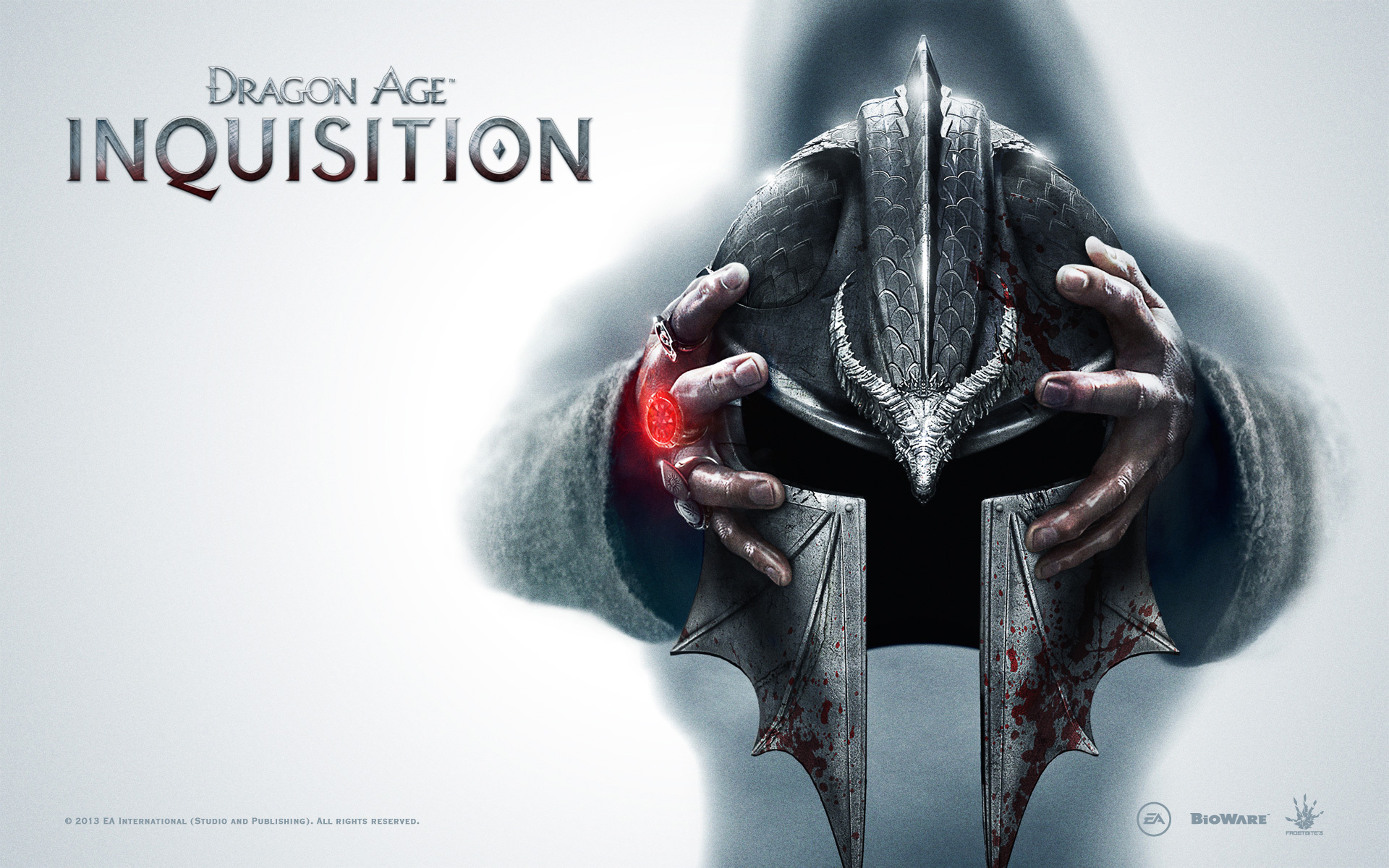 And so begins the actual game experience. I started off with the standard entering of my EA account, and fussing with settings. Sadly, as I cannot use HDMI with my current tv, most in-game text is incredibly blurry and difficult to read, so I had to learn most of the controls from random button pressing. The title screen being the only thing I've seen of the game, I already knew those poor chumps marching along like the goobers hey are were explosion fodder, and was reminded of inFamous and its Ray Sphere opening.

I chose a human mage as my Inquisitor, and was too psyched to bother with the Keep function to make the game world to my liking, so I'll be rolling with a generic worldstate. I played around in the character creator for about 40 minutes making goofy, hideous, and downright monstrous freaks of nature before going back and making a human looking human.

I was greeted by Cassandra flopping between wanting to and not wanting to kill me, as I chose the smarmiest or most sarcastic options available, as per protocol. I continued through the tutorial, eventually learning about the fade mark and rifts, but more importantly, grabbing the paragon of chest hair, Varric. Oh, and some magicy elf guy. Boo. Boo elf guy. Anyway, by now, I was given access to distributing talent points. One thing I noticed was the lack of healing spells, which had me worried, but when mana is infinite and fast regenerating, a healing spell would be somewhat cheesy. There was also a certain style and swagger to active abilities that was missing from Origins and that other game.

The tutorial continues linearly for a wile before you meet up with His Highness Ser Insufferable Prick, Chancellor Roderick. Boy was that guy an ass. At this point, yo're offered the only real split with the choice between charging in to the first rift, or using the soldiers as distractions, which I didn't feel like doing. So charging in like a moron, I met the first boss of the game, a Pride Demon. The fight was fairly simple, just let your goons distract the universe while you do important, non-goon things. It was a nice challenge, honestly. Had to retry a few times due to carelessness. 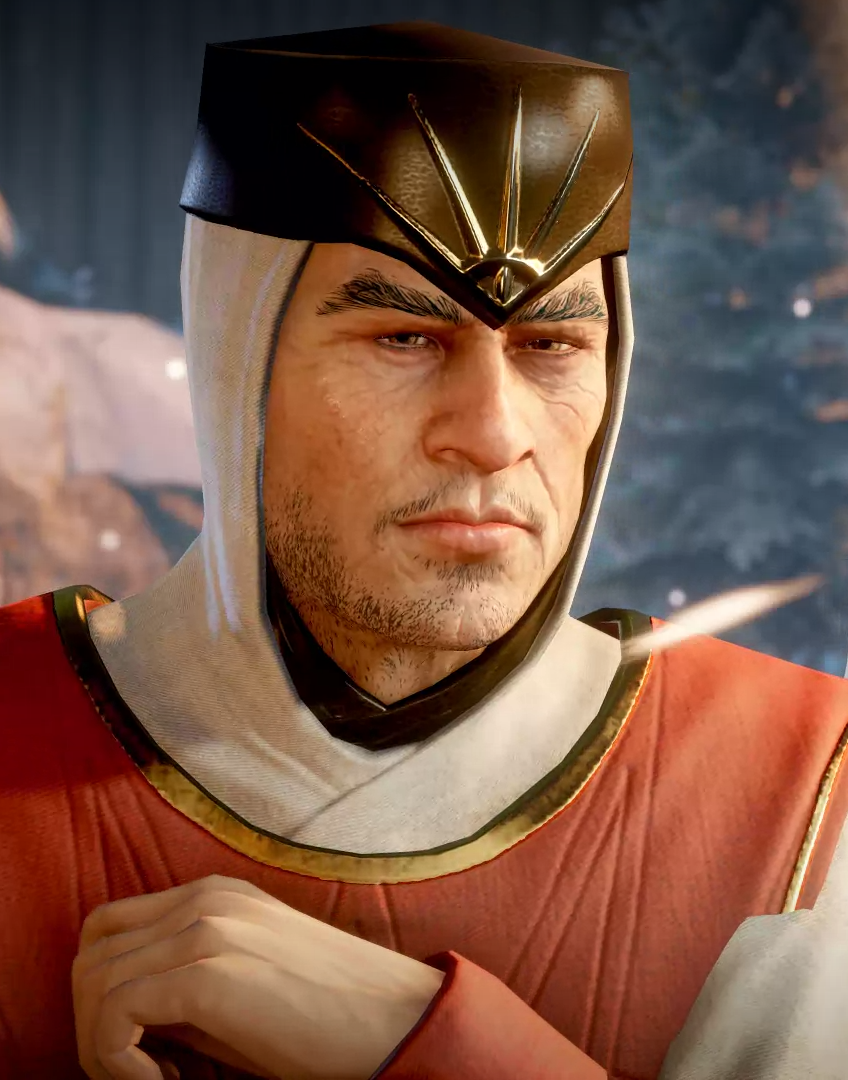 By the end of the tutorial, my impressions were good, though I had barely even figured out how to use my spells. This was my first Dragon Age game on controller, but it felt fairly natural and intuitive, you could tell what a buttong did immediately with no uncertainty. Now, this being a last-gen console version, there are obviously visual hiccups. Frames tend to drop on certain animations or in moderately dense areas, foliage pops in and out of existence within a very small area, and sometimes textures take a while to render, and will either be very fuzzy, or very pixely. However, the game is still pretty enough to play, and I've grinned through far worse framerates.

If you're on a budget like me, and don't have any current gen consoles, or a PC that can handle this game, and just need to fill that Dragon Age shaped hole DAII left you with from its mediocrity, based on just the tutorial, the PS3(and presumably 360) version is worth the purchase. It runs tolerably well, controls excellently, and still looks pretty good despite being for so weak a machine in the face of modern gaming. But of course, saving up for a good PC and getting it there is always going to be the best option.

In the next edition, if you people actually want a next edition, and if I actually bother doing a next edition, the Hinterlands and all its dropped frames glory will be covered. And if anyone knows how to work this weird blog writer thing, please do send me tips so I can better format any future blogs.