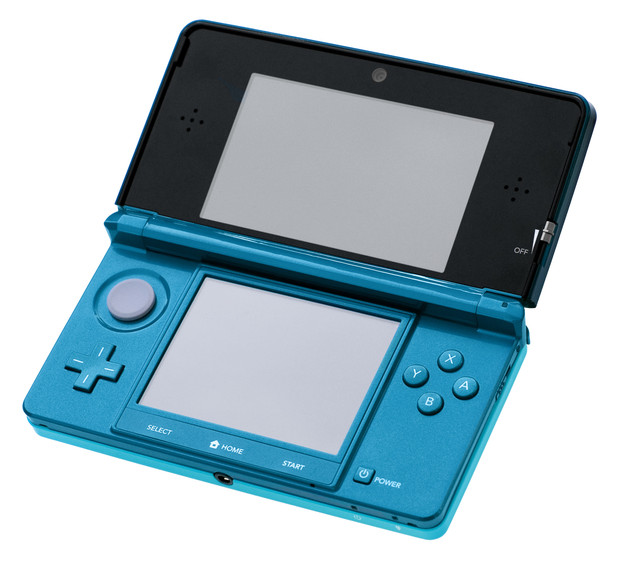 Alright, I'm on the bus, time to pull out the 3DS for a quick session of Okamiden...wow, this dungeon is taking forever...alright, there's gotta be a save point coming up...nope, nothin...whelp, my stop is here. Guess I gotta shut it off and try again later.

Cool, well I got about a half-hour before class starts, lets see if I can beat that section of Okamiden! ...I...wh-when does it end? Class starts in five minutes and there's still no save point! Screw it.

Okay, I've got 15 minutes, if I don't find a save point soon, I'm just gonna play something else. And...nope, nothin. Forget it.

This scene might be familiar to some of you - you're playing a portable game, there's no end in sight, and eventually you realize that you don't have time to finish it.

Recently, this has struck me as very confusing. The thought occurred to me while playing the recently released Final Fantasy Theatrhym: Curtain Call, a music game in a similar vein to Guitar Hero, but with Final Fantasy music, on the 3DS. Over the two weeks that I played it, I realized that this was the first time in a long while that I actually played a handheld game as a 'handheld game'. I was able to pull my system out, quickly start it up, and play a few songs before I got to class. Beforehand, I realized I was only ever playing my 3DS at home. Isn't that weird, considering one of the main selling points of a handheld system is the ability to play it on the go, wherever you want?

I believe this is where the disconnect is. Handheld games used to be consistently perfect for on-the-go gaming. Most of the games on the Gameboy and Gameboy Advance had a "save anywhere" feature, and the gameplay was suitable for short bursts of gaming. But as the quality of the hardware increased, so too did the bar for "quality handheld games" rise. Full-length, 60-hour RPGs are now commonplace for games on the 3DS and Vita, and most of the games are bombastic, full-featured affairs, no different from their console brethren.

However, while these features are great in providing cinematic experiences, I would argue that they make the "portable experience" a moot point. Handheld games, for the most part, aren't portable anymore. They are two separate things now.

There's a reason mobile games are popular for portability - they can be played in quick, short bursts, have simply colors, and usually a complete lack of story. Even the most in-depth and mechanically complex of mobile games, such as Infinity Blade, can be played in less-than-five-minute intervals. This makes mobile games well-suited for bus-rides, waiting for a to-go order, or any other minute activity.

Compare this to games such as Okamiden, Fire Emblem: Awakening, or Bravely Default. That last game in particular resonates with me, because even with its save-anywhere feature, I was still only ever playing the game at home. This is because I tend to enjoy being immersed in the stories of RPGs that I play. The only way to do that is by playing for extended periods of time - epic stories don't mesh well with short bursts. It's like pulling out a book like Game of Thrones and only being able to read two pages before being interrupted by a phone call - you know you're not going to retain those two pages, and that you'll have to start from that point again later.

This isn't to say that all portable games are like this. As I mentioned before, games like Theatrythm and the puzzler Pushmo are fantastic for quick, 5-10 minute bursts between the other busy, daily activities of life. But I believe that as handhelds become more technologically robust, the divide between "handheld" and "portability' will widen. With Nintendo's recently announced 3DS LL, one of the core titles announced was a port of Xenoblade, originally released for the Nintendo Wii. That game is almost filled with 80 hours if you want to complete it fully! Does that really translate to a "portable" experience? Maybe not, but it will be on a handheld either way.

Perhaps this is just a sign of my own lifestyle changing - I have less time for videogames than I used to, and that might reflect on my handheld experiences as well - but I'm very interested to see where we will go in terms of handheld portability. Will big-budget handheld games become more popular, or will a resurgence of portable games appear in order to appeal to an older consumer base of people who play videogames? Time will tell, I think.

But what do you think, Destructoid Readers? Is the gap between "portable" and "handheld" widening? Are you okay with that? Have particular games in mind? Let me know!